The Sinking Of The RMS Titanic 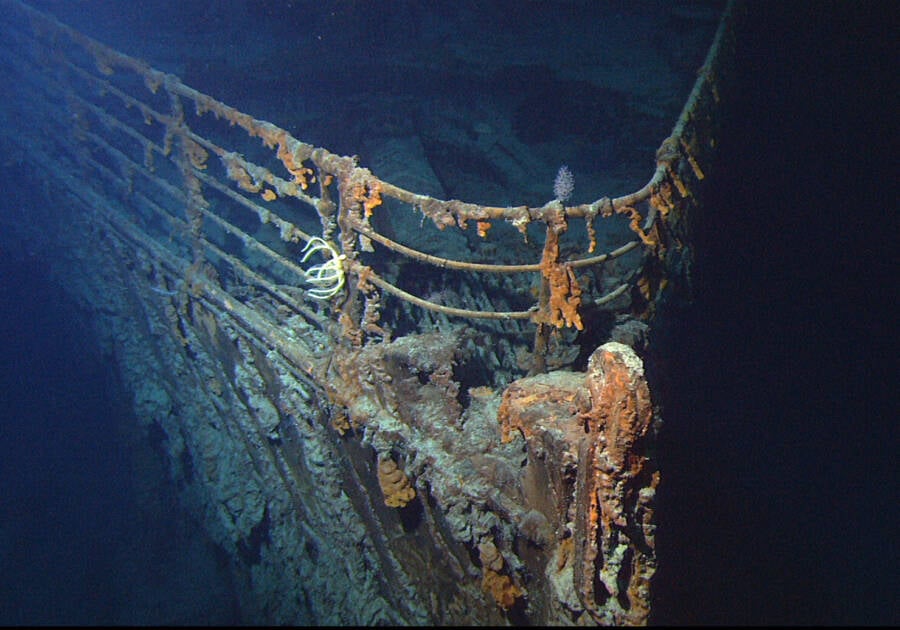 Wikimedia CommonsThe ghostly remains of the RMS Titanic, which sank in 1912.

No one could have guessed that the RMS Titanic would become one of the world’s most famous shipwrecks when it first set sail in 1912. Not only was the RMS Titanic the largest ship of its time, but it also included a number of luxurious amenities for the passengers who could afford them.

Tragically, disaster struck just four days into the ship’s maiden voyage. On the night of April 14, 1912, the RMS Titanic hit an iceberg in the North Atlantic.

Passenger Margaret Brown, later dubbed the “Unsinkable Molly Brown,” remembered a violent crash that threw her from her bed. When she went into the hallway to investigate, she came across a man “whose face was blanched, his eyes protruding, wearing the look of a haunted creature.”

According to MollyBrown.org, Brown recalled that the man “was gasping for breath and in an undertone, he gasped, ‘Get your lifesaver.'”

Though Brown famously survived the sinking, more than 1,500 others — including 832 passengers and 685 crew members — perished at sea. 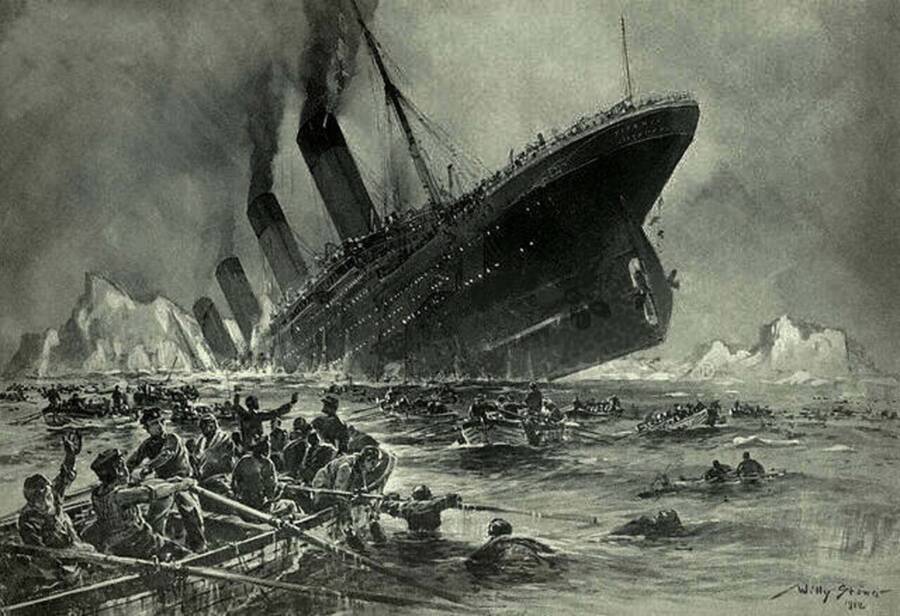 Wikimedia CommonsA depiction of the catastrophic sinking of the RMS Titanic, which took over 1,500 lives.

“The sounds of people drowning are something that I can not describe to you, and neither can anyone else. It’s the most dreadful sound and there is a terrible silence that follows it,” remembered RMS Titanic survivor Eva Hart.

The RMS Titanic swiftly became one of the most famous shipwrecks of all time. But there was just one problem. No one knew where the doomed ship had ended up — and it remained a mystery for decades.

It wasn’t until 1985 that divers came across the wreck. Then, a joint French-American expedition found the RMS Titanic 400 miles east of Newfoundland in the North Atlantic Ocean, some 13,000 feet beneath the waves.

Since then, the wreck has offered up a number of compelling and chilling artifacts. But this famous shipwreck might not last much longer. Slowly, metal-eating bacteria are consuming what remains of the RMS Titanic.