Meet ‘The Unsinkable Molly Brown,’ The Titanic Survivor Who Risked Her Life To Save Others

The daughter of Irish immigrants, Margaret "Molly" Brown rose from humble roots to become a noted socialite, philanthropist, and hero during the Titanic's sinking. 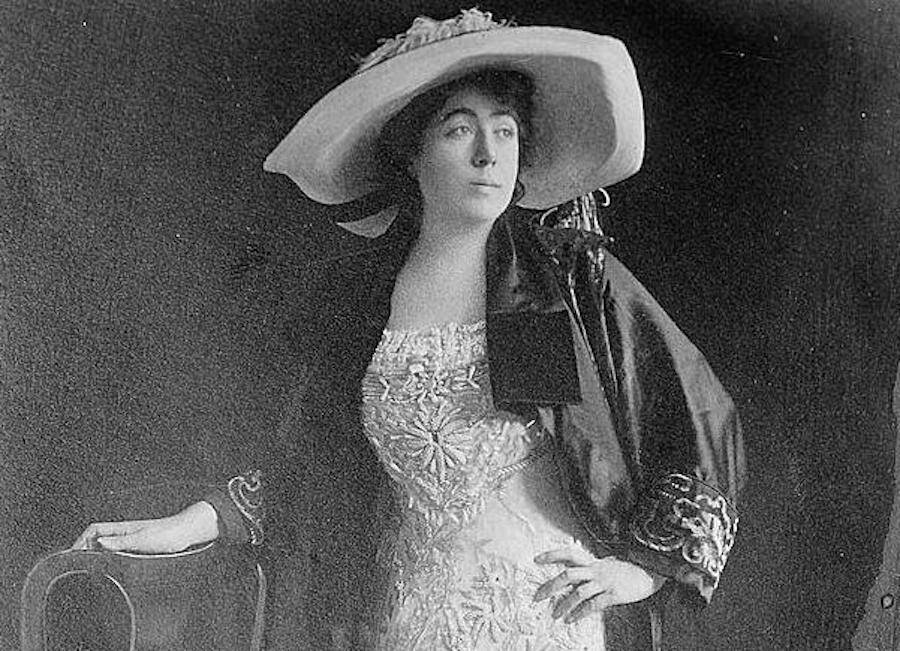 Wikimedia CommonsMargaret Brown, a.k.a. “The Unsinkable Molly Brown,” is one of the most famous Titanic survivors.

After she survived the Titanic sinking in 1912, Margaret “Molly” Brown shrugged off her good fortune. “Typical Brown luck,” she allegedly quipped. “We’re unsinkable.” By the time she died in 1932, she’d become known as the “Unsinkable Molly Brown” — and for good reason.

Made famous by the sinking — and memorably played by Kathy Bates in the 1997 film Titanic — Brown lived a remarkable life both before and after the disaster. A socialite, philanthropist, and prospective Senate candidate, she routinely ignored convention to do what she thought was right.

This is the story of Margaret Brown, the “unsinkable” — and unforgettable — Titanic survivor only hinted at in the blockbuster movie.

The Early Life Of Margaret Brown 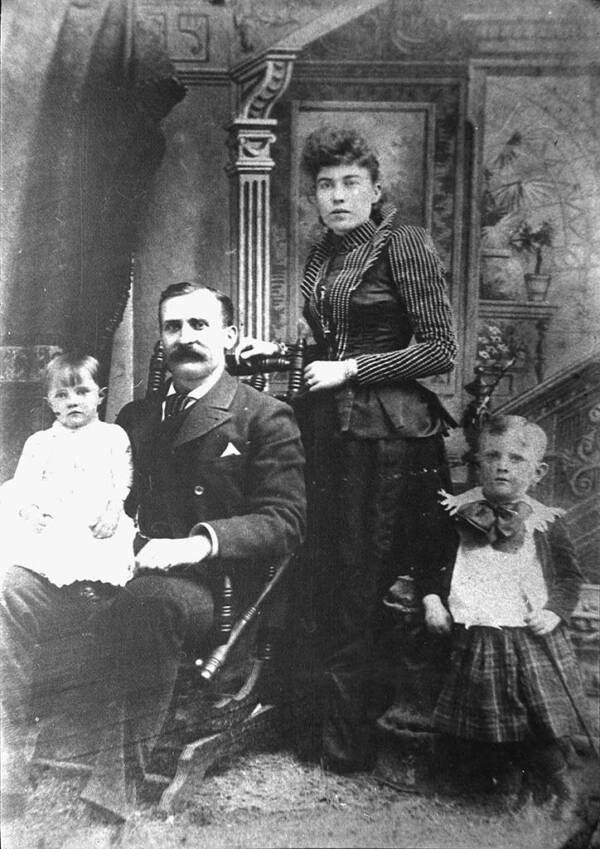 Before she bought a first-class ticket on the Titanic, Margaret Brown (née Tobin) had a humble start to life. The daughter of Irish immigrants, she was born on July 18, 1867, and spent most of her early years in Hannibal, Missouri.

There, Brown attended school until the age of 13, worked in a factory, and dreamed of traveling west. When two of her siblings decided to move to Colorado to work in the mining industry, Brown, 18, eagerly followed.

It was a fateful move. In Leadville, Brown met James Joseph (“J.J.”) Brown, a miner 12 years her senior. Though J.J. had little to offer her, Brown fell in love. She gave up her dreams of marrying a wealthy man and wed J.J. in 1886.

“I decided that I’d be better off with a poor man whom I loved than with a wealthy one whose money had attracted me,” she later said.

But Brown’s dreams of wealth were only deferred, not dashed. In 1893, J.J. Brown’s mining company struck gold. And in a short period of time, he became a millionaire. J.J., Margaret, and their two children soon moved to Denver and bought a mansion for $30,000 (about $900,000 today).

Margaret Brown quickly set out to join the local high society. Energetic and generous, she was frequently tapped to head up charitable fundraisers. Some people, however, looked down on Brown for having “new money.”

But Brown’s activism caused a rift in her marriage. By 1909, she and J.J. had amicably separated, though J.J. continued to provide for her. Single, rich, and looking for adventure, Margaret Brown set out on a world tour in 1912. She didn’t know it yet, but her return journey would change her life. 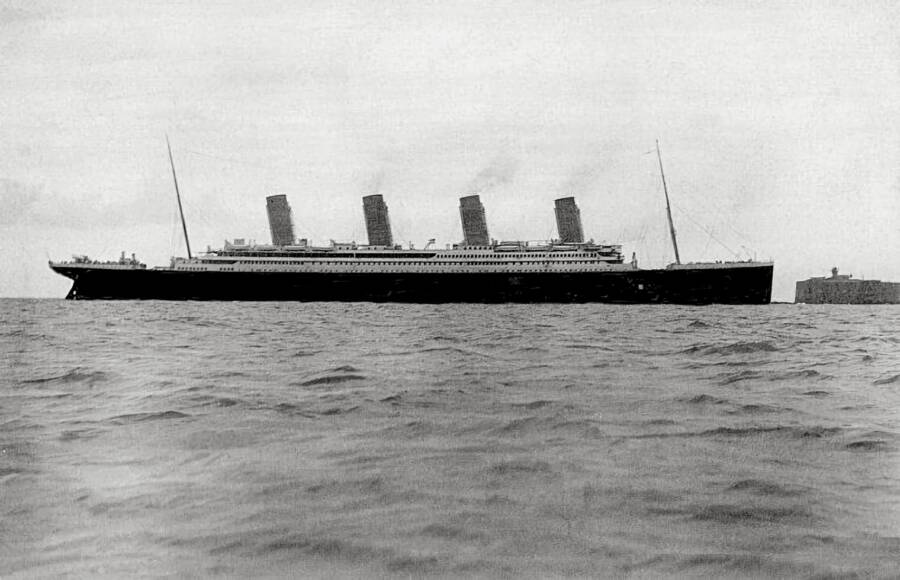 Wikimedia CommonsThe doomed Titanic set off on its maiden voyage on April 10, 1912, and hit an iceberg just four days later.

After touring Egypt, Italy, and France, Margaret Brown got some upsetting news from back home. Her grandson had fallen ill. Brown cut her trip short and booked passage on the first ship she could: the RMS Titanic.

But just four days after she boarded the ship in Cherbourg, France, the Titanic catastrophically struck an iceberg. Late on the night of April 14, 1912, the vessel started to sink into the cold waters of the North Atlantic Ocean.

“I stretched on the brass bed, at the side of which was a lamp,” Brown recalled. “So completely absorbed in my reading I gave little thought to the crash that struck at my window overhead and threw me to the floor.”

As she exited her cabin, Brown came across a panicked man. “I again looked out and saw a man whose face was blanched, his eyes protruding, wearing the look of a haunted creature,” she remembered. “He was gasping for breath and in an undertone, he gasped, ‘Get your lifesaver.'”

Though the ship called for women and children to board the lifeboats, Brown stayed on the vessel. She helped others escape until a crewmember literally swept her off her feet and placed her into Lifeboat #6.

“As I went on the deck [when] the boats were being lowered, I found many opportunities to be useful and I was glad to be,” Brown said. “The less you think of yourself as such times, the better off you are.”

While in the lifeboat, she helped row her fellow passengers to safety — and swiftly clashed with Quartermaster Robert Hichens. Though the lifeboat had plenty of empty space, Hichens refused to turn back and rescue any survivors in the water. “There’s no use going back, ’cause there’s only a lot of stiffs there,” he allegedly snapped. “It’s our lives now, not theirs.”

He was also concerned that their boat would get sucked into the ocean.

Frustrated with his refusal to row back — especially since the cries of the doomed passengers could still be heard in the distance — Brown threatened to throw him overboard if he didn’t listen to her. Though it’s doubtful that Brown was able to turn back and rescue any survivors in the water, there’s little doubt that she eventually took some control of the lifeboat.

As the night wore on, Brown pressed Hichens to let the women in the lifeboat row in order to stay warm. Though Hichens hesitated, Brown started handing out oars anyway. At one point, the quartermaster began to mutter darkly about their low chances of survival, to which Brown responded:

“Keep it to yourself if you feel that way. For the sake of these women and children, be a man. We have a smooth sea and a fighting chance.”

After a few tense, freezing hours, Brown and her fellow Titanic survivors were rescued by the RMS Carpathia. But her heroism didn’t stop there. Brown helped pass out blankets and supplies and used her knowledge of multiple languages to communicate with survivors who didn’t speak much English.

Realizing that many of the poorer passengers had lost everything in the sinking — from fathers and husbands to valuables and family heirlooms — Brown pressed the first-class survivors to donate whatever they could.

The Legacy Of An “Unsinkable” Woman 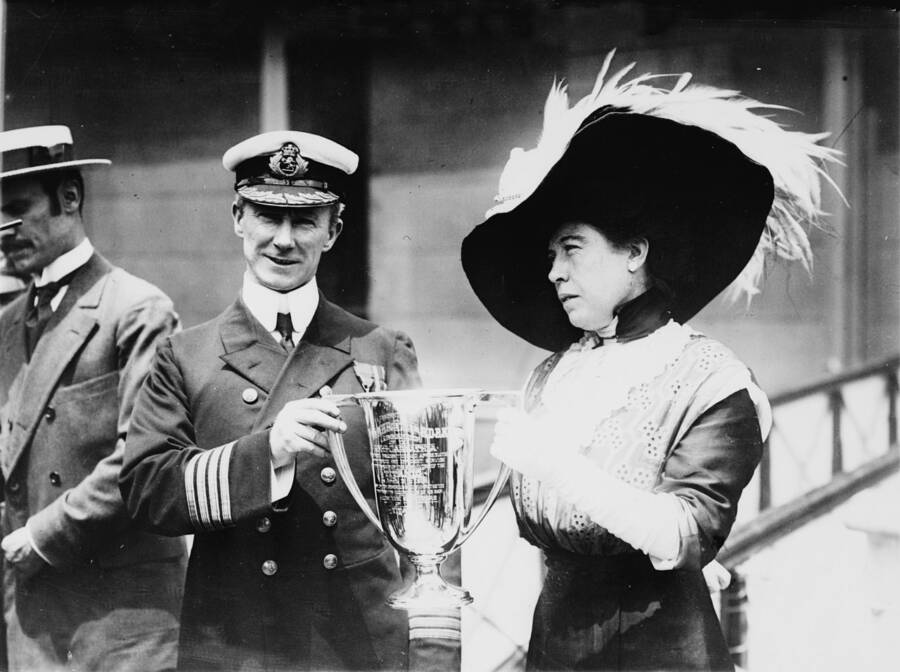 Margaret “Molly” Brown’s heroism on the Titanic is well known. But her story didn’t end in 1912. Brown spent the remainder of her days finding new causes to champion — and using her newfound national prominence for good.

After miners in Ludlow, Colorado went on strike, the Colorado Fuel and Iron Company — alongside the Colorado National Guard — launched a brutal attack on the strikers in 1914. In response, Brown used her fame to speak out for miners’ rights and to pressure company owner John D. Rockefeller to soften his stance on the strikers as well as his business practices.

Brown would later draw a parallel between miners’ rights and women’s rights. She would also push for universal suffrage through the frame of “rights for all.” And in 1914, six years before women were guaranteed the right to vote, Brown even launched a courageous run for the U.S. Senate.

“If I go into this fight I am going to win,” Brown declared. “There will be no mincing matters — no pink tea policies. It will be a regular man’s kind of campaign — stump speaking, spreadeagle and all.”

However, Brown ducked out of the race at the start of World War I. Instead of pursuing political office, she decided to go to France to run a relief station. After she left, a New York reporter stated: “If I were requested to personify perpetual activity, I believe I’d name Mrs. J.J. Brown.” Brown later earned France’s prestigious Légion d’Honneur for her wartime service.

But her later years weren’t without struggle. Brown mourned the death of her former partner in 1922, saying: “I’ve never met a finer, bigger, more worthwhile man than J.J. Brown.” She also entered into a bitter, yearslong battle with her children over J.J.’s estate, which ruptured their relationship.

Still, she lived her final years as she wanted to live them. In the 1920s and 1930s, Brown became an actress, often appearing onstage in L’Aiglon.

Margaret Brown — “The Unsinkable Molly Brown” as she came to be posthumously called — died of a brain tumor on October 26, 1932, at the Barbizon Hotel in New York City. In her 65 years, Brown had seen poverty, wealth, joy, and great tragedy. But she lived each day like it was her last.

“I am a daughter of adventure,” Brown once said. “This means I never experience a dull moment and must be prepared for any eventuality. I never know when I may go up in an airplane and come down with a crash, or go motoring and climb a pole, or go off for a walk in the twilight and return all mussed up in an ambulance. That’s my arc, as the astrologers would say.”

Though she’s best known for being “unsinkable,” Margaret Brown was plenty of other things throughout her life. She was an activist, an adventurer, and an actress. Most of all, she was someone who was always willing — even in the most horrific circumstances — to extend a helping hand.

After reading about “The Unsinkable Molly Brown,” learn about another inspiring Titanic survivor, the remarkable R. Norris Williams. Then, take a look through these heartbreaking Titanic artifacts.