Who Were The Four Men That Have Killed U.S. Presidents?

Discover the seldom-heard stories of the four men who assassinated presidents. 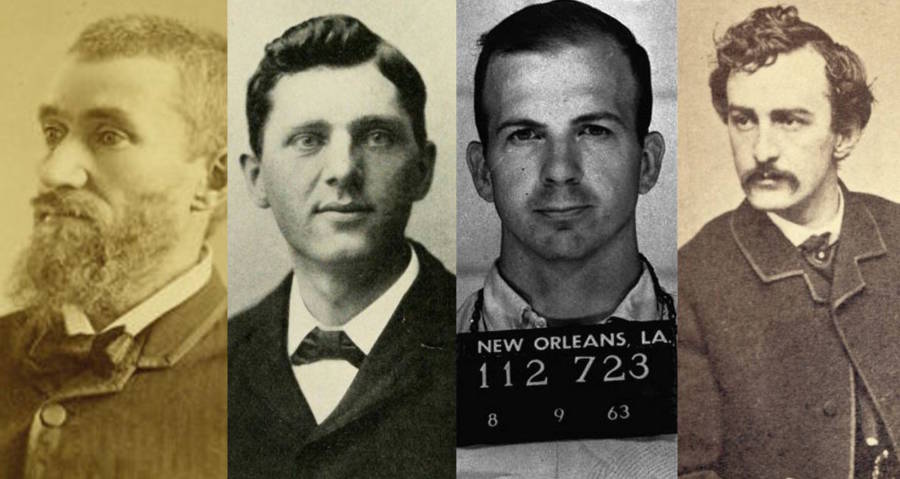 The United States has endured four assassinations presidents: Abraham Lincoln, James A. Garfield, William McKinley, and John F. Kennedy. Each of these attacks devastated the nation and changed the very course of American history.

Yet, as historic as the killings were, how much do any of us truly know about the men who perpetrated them? 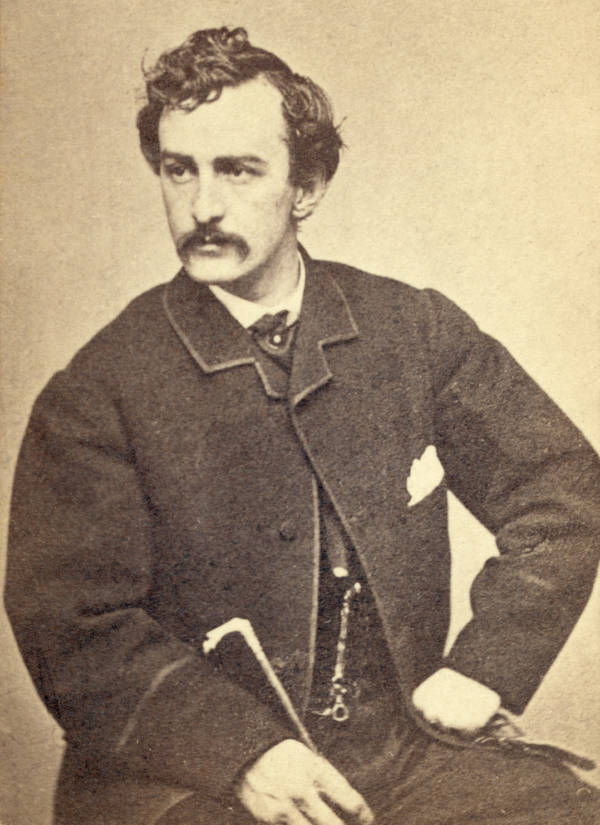 While we all know John Wilkes Booth as the murderer of President Abraham Lincoln and the first assassin of a president in U.S. history, how much do we know about his life before that point?

Booth’s parents came to the United States in 1821 in disgrace. His father, Junius Brutus Booth, was a famous Shakespearian actor in England, but abandoned his career, along with his wife and young son, to move to America with his mistress, Mary Ann Holmes, a flower girl.

The couple settled in Maryland and the elder Booth quickly became the most famous actor in the fledgling nation. In 1833, they gave birth to their first son, Edwin, and then five years later in 1838, John Wilkes Booth was born.

As a child, John Wilkes Booth attended a strict Quaker boarding school where he was considered an indifferent student. While attending this school, Booth met with a gypsy fortune teller who told the young boy that he would meet a bad end and die young.

By the age of 16, Booth was already interested in politics and would attend rallies for the nativist, anti-immigrant Know Nothing Party. Despite this interest, Booth’s true ambition was to follow in the family footsteps and become a famous actor. At this point, Edwin was already being praised as the greatest actor of his generation.

In 1855, when Booth was 17, he made his stage debut in a supporting role in a Baltimore production of Richard III. He soon began to perform under the pseudonym “J.B. Wilkes” in order to disassociate himself from his more famous family members.

American journalist Jim Bishop wrote in The Day Lincoln was Shot that Booth “developed into an outrageous scene stealer, but he played his parts with such heightened enthusiasm that the audiences idolized him.” Indeed, though he was never considered as technically good an actor as his older brother, contemporaries noted that his charisma and charm made up for it.

Throughout his time as an actor — during which his favorite role was that of Brutus from Julius Caesar, the slayer of a tyrant — Booth clearly expressed his pro-slavery and anti-abolitionist views. He even attended the public hanging of John Brown, the famous abolitionist who led a raid on a federal armory in Virginia in 1859 in an attempt to arm a slave revolt.

Booth once wrote that slavery was “one of the greatest blessings (both for themselves and us,) that God has ever bestowed upon a favored nation.”

He and his older brother would frequently clash on their political views, with Edwin supporting the Northern cause. 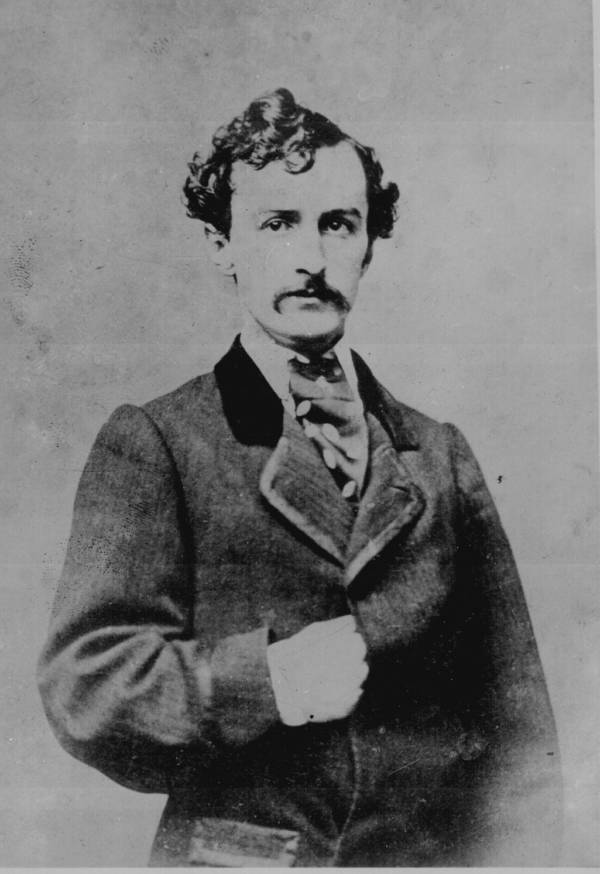 In 1861, when the Southern states seceded and the American Civil War began with the Confederate attack on South Carolina’s Fort Sumpter, Booth’s home state of Maryland, a slave state, decided not to secede but did vote to close its rail lines to Union troops.

For this reason, the U.S. Army unconstitutionally declared martial law in the state, and arrested and imprisoned the police, city council, and mayor of Baltimore. This decision further turned Booth against the Union cause.

Booth continued to speak out openly against Lincoln and the North, and smuggled medicine to the South while he would tour there as an actor. He was even briefly arrested in St. Louis in 1863 for treasonous remarks and was only released after he pledged an oath of allegiance to the Union and paid a substantial fine.

By 1864, Booth could see that the North was close to winning the war, so he and a loose group of Southern sympathizers began to plot a way to help the Confederacy.

He initially planned to kidnap Lincoln from his summer house and bring him to the South, but those plans fell apart when Robert E. Lee surrendered at Appomattox, ending the war in 1865.

Booth and company then planned to kill President Lincoln, Vice President Johnson, and Secretary of State Seward. Of these three concurrently planned assassinations, only Booth’s attack on Lincoln was successful. 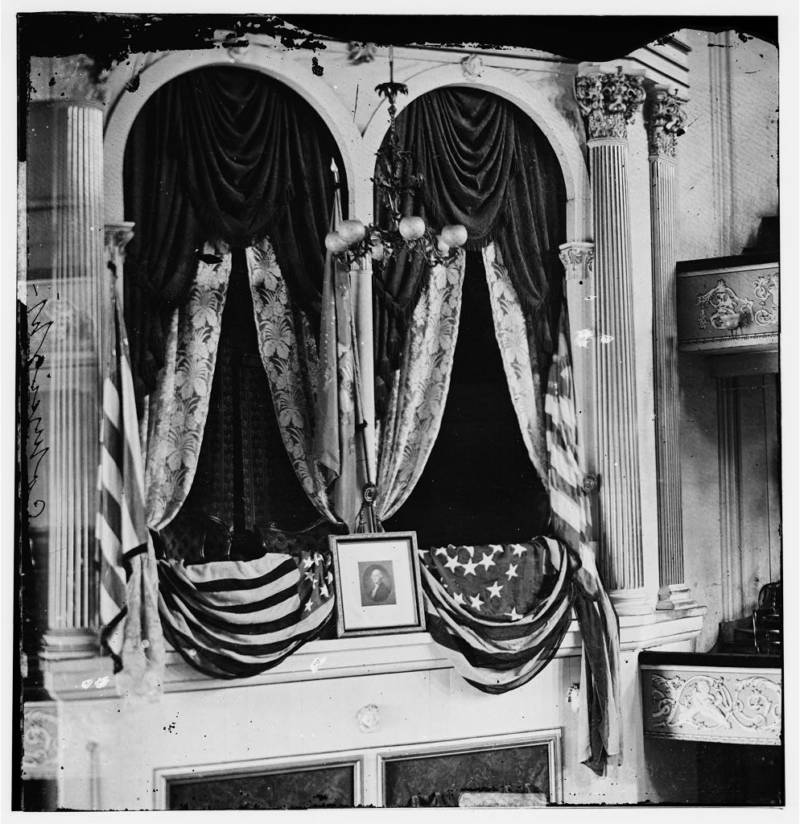 Library of CongressThe box where Lincoln was killed as it looked in 1865.

Using his fame in the acting world, Booth easily infiltrated Ford’s Theatre, where Abraham Lincoln was attending a production of Our American Cousin on April 14, 1865. Booth then snuck into the presidential box and shot Lincoln in the head with a .41 caliber Derringer while he was watching the play.

He then lept from Lincoln’s box to the stage, where he brandished a knife and either cried out “Sic semper tyranus!” (Latin for “Thus always to tyrants” and the line said by Brutus in Julius Caesar) or “I have done it, the South is avenged!” according to contradictory accounts.

Afterward, Booth was on the run for 12 days, hiding out in the Maryland woods of his childhood. Finally, on April 26, 1865, Union soldiers surrounded the barn that Booth had been living in and set it on fire before one Union soldier shot and killed him.