Who Were The Four Men That Have Killed U.S. Presidents? 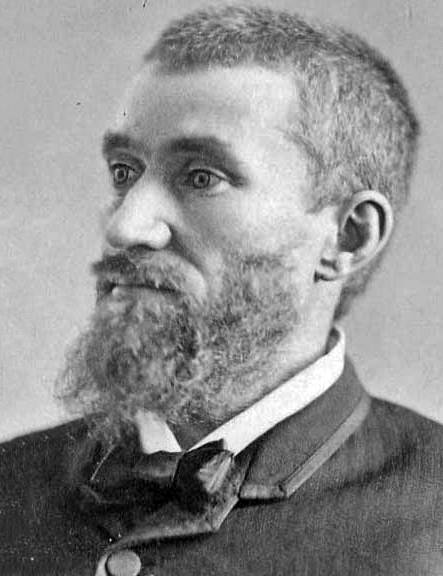 Charles J. Guiteau, the man who assassinated James A. Garfield, was born in Freeport, Illinois in 1841 to a family descended from French Huguenots. He was the fourth of six children and his mother died when he was young.

When Guiteau was 18, he received a $1,000 inheritance from his grandfather and attempted to attend the University of Michigan. However, he failed his entrance exams due to inadequate preparation and was unable to attend.

The Oneida Community was a commune created by the American preacher and utopian socialist John Humphrey Noyes. He believed that Jesus had already returned to Earth in 70 AD and, as such, it was Noyes’ responsibility to create the kingdom of heaven on Earth.

The community of 300 shared all property and possessions communally and engaged in group marriages. Noyes is believed to have been the person to coin the term “free love” for the community’s belief that any two consenting adults were free to have sex with one another.

Despite this “free love” attitude, the Oneida Community exerted a large amount of control over births among its members and even engaged in selective breeding for eugenics purposes.

Nevertheless, Guiteau worshipped Noyes and even once wrote that he had “perfect, entire and absolute confidence in him in all things.” 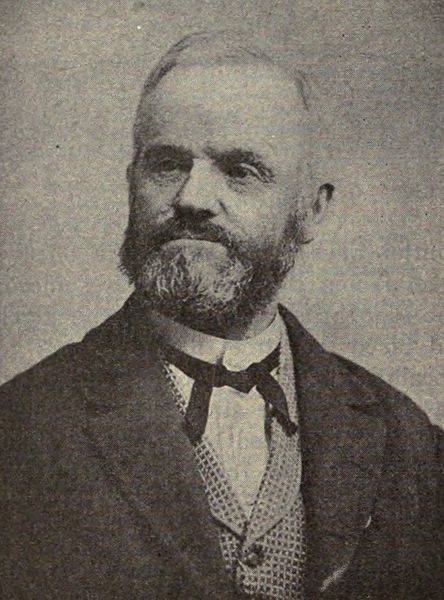 However, despite Guiteau’s enthusiasm for the community and his father’s ties to the organization, he never truly fit into the commune during the five years in which he lived there. He was even referred to by other members of the community as “Charles Gitout” for his unpopularity.

Finally, in 1865, Guiteau left Oneida, but remained obsessed with Noyes and his ideas. He even published a book called The Truth that was largely plagiarized from Noyes’ writings and began filing numerous lawsuits against the religious leader. It was at this time that Guiteau began more and more to see his actions as divinely inspired.

In 1880, he survived a steamboat collision in Long Island Sound, which he believed was the result of divine intervention and marked him as a tool of God’s will.

He then began to become much more involved in politics. He supported the Republican Party in the 1880 election, first supporting Ulysses S. Grant, then shifting to supporting James A. Garfield when he became the Republican nominee.

Guiteau wrote a speech supporting Garfield in the election and distributed copies of it at the National Convention. Though the speech never saw wide distribution, Guiteau considered himself responsible for the election of Garfield. 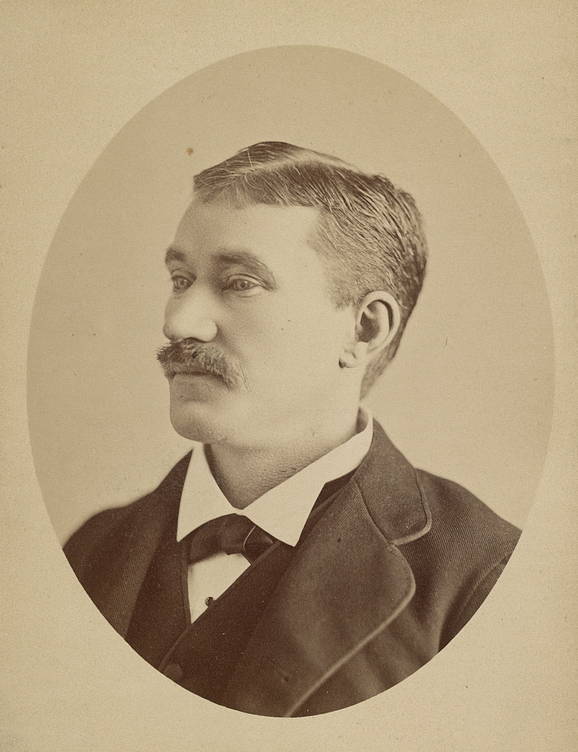 After Garfield won the election and became president, Guiteau believed that he should have been awarded an ambassadorship for his efforts in the campaign. He would line up with job seekers outside the White House but was continually rejected for a government position. He then began harassing Secretary of State James G. Blaine, asking to be appointed to lofty positions in government.

Destitute and likely homeless, Guiteau was then struck, he claimed, with divine inspiration: He believed that he was given a message from God to kill the president. Guiteau thought that killing Garfield would rid the government and the Republican Party of its secretary of state, and that killing Garfield would ingratiate Guiteau to the man who would be Garfield’s replacement, Vice President Chester A. Arthur. Then, Guiteau believed, he would receive, from Arthur, the government position that he desired.

On July 2, 1881, Guiteau spotted Garfield at the Baltimore and Potomac Railroad Station in Washington, D.C. The president was catching a train to New Jersey, where he was to meet up with his wife on vacation.

The president never made it to New Jersey. Guiteau shot Garfield in the back two times, before surrendering to authorities saying, “I am a Stalwart of the Stalwarts…Arthur is president now!”

He was referring to the Stalwarts, a group within the Republican Party that supported the re-election of Ulysses S. Grant and opposed civil service reform that would prevent political patronage in exchange for government positions. 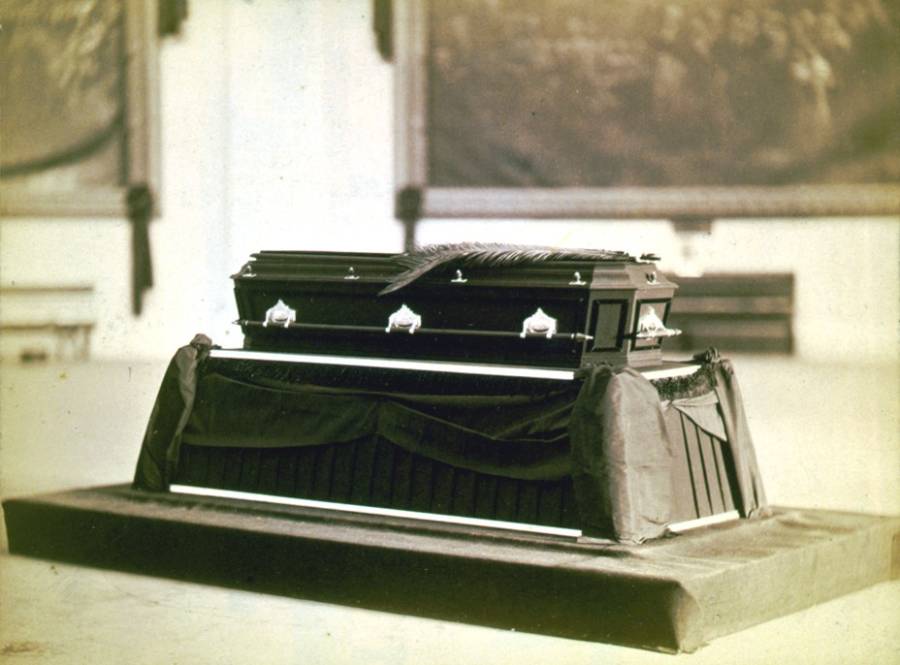 Wikimedia CommonsPresident Garfield’s casket lies in state at the Capitol Rotunda in Washington, D.C. Circa 1881.

Garfield died of his injuries 11 weeks later, after a long battle with infections resulting from the bullets. At that point, Guiteau was formally charged with murder and his trial began soon after.

Throughout his trial, Guiteau exhibited bizarre behavior. He would regularly curse and insult the judge, jury, witnesses, and even members of his defense team. He formatted his testimony in epic poems and was seemingly oblivious to the widespread hatred towards him by the general populace.

Guiteau was convicted, and on June 30, 1882, he was hung. His body was then sent to the National Museum of Health and Medicine in Maryland, and parts of his brain still remain on display at the Mütter Museum in Philadelphia.