Jack the baboon worked on the railway system in South Africa for 9 years without ever making a single mistake. 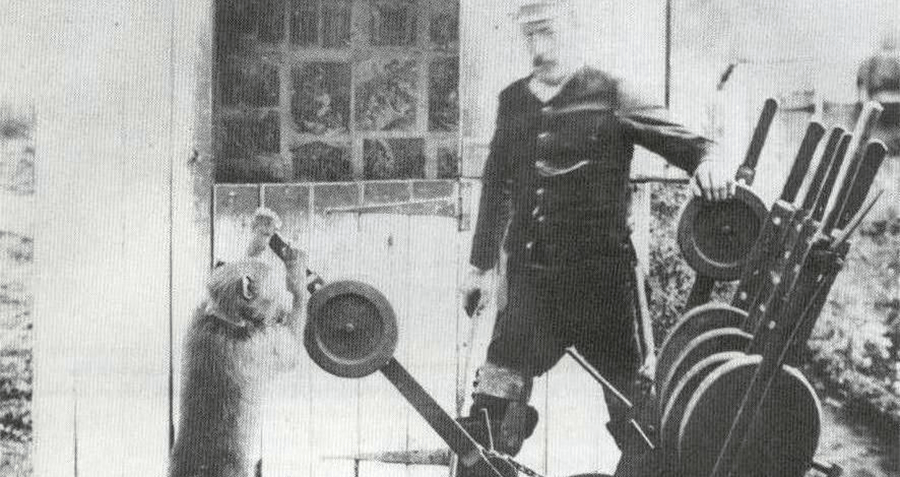 When James “Jumper” Wide worked for the Cape Town — Port Authority Railway service, he developed a habit of leaping from one railway car to the other, even when the trains were moving.

One day in 1877, he misjudged his jump by a little too much and fell under the moving train.

Jumper survived, though the train had severed both of his legs at the knee. Devastated but not disheartened, Jumper made himself two new legs out of wooden pegs and took a job at the Uitenhage station. He even constructed a wooden trolley to help him get around, but despite the additions, he was still having trouble.

Jumper met Jack at the local market, leading an ox wagon. He was impressed with his intelligence and decided he would hire him to be his new work assistant. Eventually, Jack learned how to push Jumper to work in his wagon, switch the train signals, and even hand the conductors their keys. He quickly became an invaluable asset to Jumper’s work.

The only problem? Jack was a baboon.

Jumper taught Jack how to use the train signals by holding up one or two fingers, and pulling the corresponding levers. Jack also picked up things through watching Jumper, such as delivering conductor keys.

As a train pulled into the station, it would set off four blasts from its whistle, signaling the conductor’s need for a key. As soon as he heard the whistles Jumper would then grab keys and slowly hobble over to the conductor. Jack picked up on this, and after just a few days, would complete the task on his own.

Eventually, he could operate the railway signals on his own while under supervision from Jumper. He even became something of a local celebrity and people would come from around Cape Town to watch the baboon operate the tracks.

However, the idea of a baboon running the trains was worrisome to a few people and one concerned citizen alerted the train authorities. Apparently, while many people at the management office knew Jumper had hired an assistant, the fact that it was a monkey had somehow slipped through the cracks. 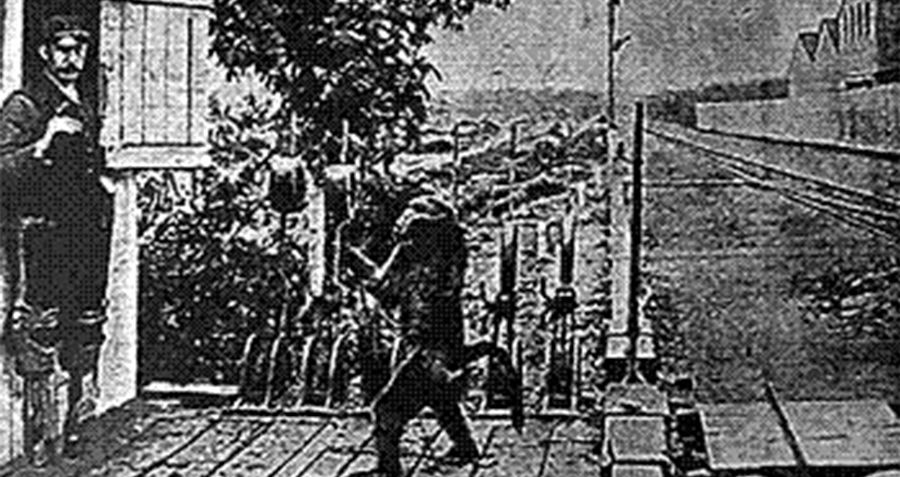 A railroad manager was immediately dispatched to the station to fire Jack and Jumper, but when he arrived, Jumper pleaded for their jobs, offering for the manager to test Jack the baboon’s skills. Thinking there was no way the baboon was as competent as Jumper claimed, the manager acquiesced.

He instructed an engineer to sound a train’s whistle, and watched, shocked, as Jack made the correct signal changes. Apparently, Jack never looked away from the train, ensuring his work was correct.

The railroad manager was impressed, and eventually, let Jumper have his job back. He even made Jack the baboon an official employee, paying him 20 cents a day and half of a bottle of beer each week for his work for the next nine years.

Even more surprising — Jack the baboon never made a mistake.

After nine years on the job, Jack contracted tuberculosis and passed away. His skull, however, remains at the Albany Museum in Grahamstown, South Africa.

Enjoyed the story of Jack the baboon? Check out the first ever zero-emissions train that releases only water..