Heinrich Müller carried out the attack that started WWII and helped plan the Holocaust but was never captured or confirmed dead.

Before and during World War II, Gestapo chief Heinrich Müller was one of the most feared Nazis in Europe. An integral figure in both the planning and execution of the Holocaust, Müller has been described by authors and scholars with phrases like “cold, dispassionate killer” and “utterly ruthless.”

And he remains the most senior Nazi official to have never been captured or confirmed to have died.

Born to Catholic parents in 1900, Müller was the son of a law enforcement official. And while he would ultimately follow in his father’s footsteps, more or less, it would of course be in a much more sinister fashion.

First, however, Müller started his military career as a highly decorated pilot during World War I after going to school to become an aircraft mechanic.

Following his tour in World War I, Müller joined the Bavarian police force as an apprentice of sorts. He assisted in overthrowing the attempt to form a socialist state in Bavaria and witnessed the shooting of hostages in Munich by the Red Army. This experience instilled in Müller a deep hatred of communism that fueled his rise once the likeminded Nazis took power in 1933.

However, Heinrich Müller didn’t adopt the Nazi cause right away. He had risen through the ranks of the Munich Political Police Department, and become head of operations. It was at this position that Müller encountered Nazi leaders Heinrich Himmler and Reinhard Heydrich.

In 1933, the Nazis took over the Bavarian government by forcibly removing President Heinrich Held and other officials. At this point, Müller had no love for the Nazis and even advised his superiors to use force against them. Alas, the Nazis prevailed.

With Bavaria in shambles, Heydrich, impressed by Müller’s skill as a policeman despite his resistance to the Nazis, recruited him into the Nazis’ secret police known as the Gestapo. Heydrich respected Müller’s discipline, and, against other Nazi officials requests, aided Müller’s rise within the force. 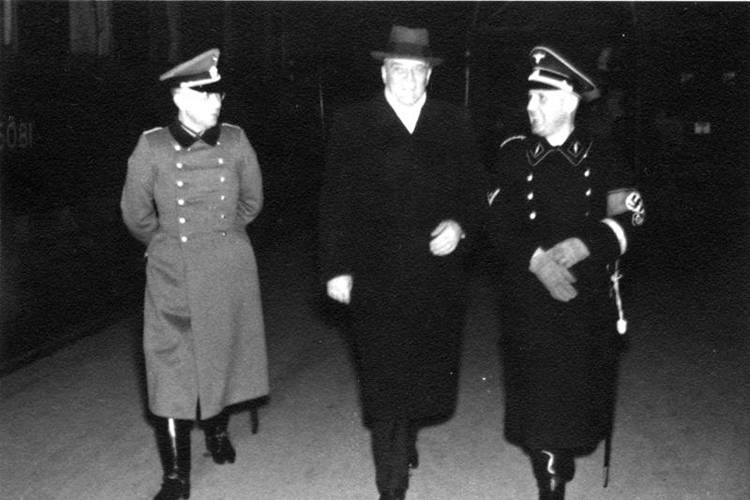 It’s easy to see why Müller rose quickly within the ranks, despite his initial resistance to Nazi ideology. As historian Richard J. Evans wrote:

“Müller was a stickler for duty … and approached the tasks he was set as if they were military commands. A true workaholic who never took a vacation, Müller was determined to serve the German state, irrespective of what political form it took and believed that it was everyone’s duty, including his own, to obey its dictates without question.”

Given this drive and desire to climb the ranks, Müller became a callous and cutthroat functionary of the Nazi Party. By 1936, Heydrich was head of the Gestapo and Müller its operations chief. Under his leadership, the Gestapo destroyed Nazi opposition groups including underground networks of socialists and communists.

Able to morally justify any actions that eliminated the perceived enemy, Müller was promoted to colonel in 1937 and, finally, officially became a member of the Nazi Party in 1939, only under the insistence of Reich leader Heinrich Himmler. If it would increase his chances of further promotion, Müller probably thought, “why not?”

In 1939, Hitler requested a pretense under which the Nazis would invade Poland. So, Himmler, Heydrich, and Müller concocted a fake attack, using detained prisoners as pawns.

Neatly dressed in Polish uniforms so that they could play the role of enemy attackers, the prisoners believed that they would receive a pardon for their assistance. Instead, Müller administered lethal injections, then shot them in order to make the “attack” look real.

The resulting Nazi propaganda then relayed the “horrors” of this supposed attack. This justified the Nazi invasion of Poland, which marked the beginning of World War II in Europe. 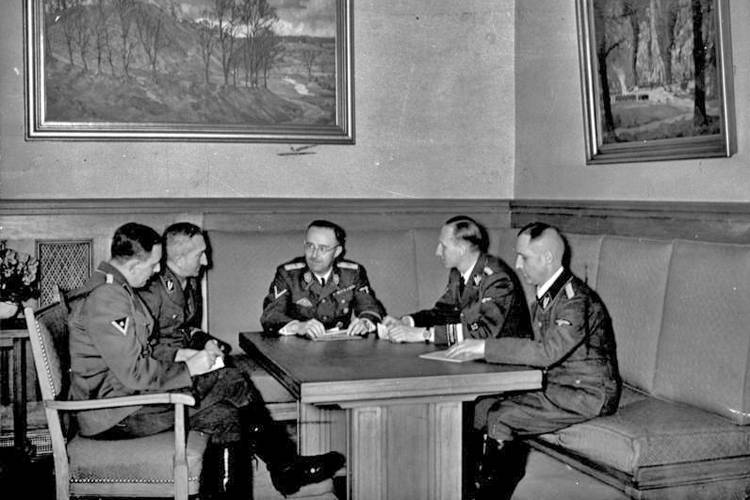 Meanwhile, Heinrich Müller continued his climb to the top, becoming Lieutenant General of the police in 1941. No task was beneath him: espionage, counter-espionage, but, most of all, helping to orchestrate the Final Solution to the Jewish question.

As the right-hand man of Heydrich, one of the Holocaust’s chief architects, Müller helped arrange the deportations of tens of thousands Jews in order to initiate the Final Solution. When Adolf Eichmann, the senior SS official widely recognized as a key Holocaust organizer, reported to Müllerin mid-1941 that Hitler had finally ordered the destruction of the European Jews, Müller simply nodded his head — because he already knew.

The mass of logistics needed to execute the Holocaust — the deportations, death squads, mass killings, and record keeping — Müller juggled all of it like the bureaucratic fanatic that he was.

At the same time, Müller continued to prove his worth to the Nazi establishment in other ways. For example, after a group of renegade Nazis initiated the July 20 plot to kill Hitler and the Operation Valkyrie attempt to overthrow Nazi leadership, Müller spearheaded the interrogations and arrests of those involved.

He arrested anyone with a remote connection to the plot or any of the other attempts on Hitler’s life. He even arrested others who had no connection to the plots but instead were simply people against whom the Gestapo had a score to settle. All in all, the Nazis killed nearly 5,000 people and their family members in the aftermath of Operation Valkyrie.

After the executions, Müller said, “We won’t make the same mistake as in 1918. We won’t leave our internal German enemies alive.”

Soon after, during the final months of Germany’s involvement in World War II, things looked bleak for the Nazis, but Müller was still convinced of victory. In fact, he was one of the final loyalists inside the Führerbunker as the Red Army encircled Berlin in April of 1945.

The day after Hitler’s April 30th suicide, the Führer’s pilot, Hans Baur, saw Müller in the bunker. Baur quoted Müller as saying, “We know the Russian methods exactly. I haven’t the faintest intention of being taken prisoner by the Russians.”

Wikimedia CommonsAll that remained of the Führerbunker soon after the war.

However, while words like those imply that he may have committed suicide, from that day forward, no trace of Heinrich Müller exists. Rumors abounded that he fled and sought refuge in a safe location or that the Americans or Soviets recruited him and provided him with a new identity.

At the same time, the American and Soviets either confirmed the deaths of or caught and tried many senior Nazi officials — but Müller remains the highest-ranking to vanish without a trace. Ultimately, the United States’ interest in finding Nazi war criminals waned in 1947 due to the looming Cold War.

Two decades later, in 1967, a man named Francis Willard Keith from Panama City was detained and thought to be Müller based on the suspicions of his wife, but fingerprints proved otherwise.

Despite red herrings like these, perhaps the most widely accepted answer as to Heinrich Müller’s fate is that he died in 1945, buried amidst the rubble of Berlin.

In 2013, for one, Johannes Tuchel, the head of the Memorial to German Resistance (a Berlin museum to the Germans that resisted the Nazis), made the statement that Müller died in 1945 and his body lies in a mass grave near a destroyed Jewish cemetery. Tuchel claimed that the corpse in question was “…wearing a general’s uniform. On the inside, his [Müller’s] service ID with a photo was in the left breast pocket, among other things.”

This claim, however, goes unproven. Thus, Heinrich Müller’s fate remains a mystery, and his heinous crimes against humanity go unpunished.

After learning about Heinrich Müller, read up on the horrifying experiments of Nazi doctor Josef Mengele. Then, see the most heartrending Holocaust photos ever taken.