The new guidelines are still being drafted, but the Navy has been outspoken about wanting to learn more about what its pilots have encountered. 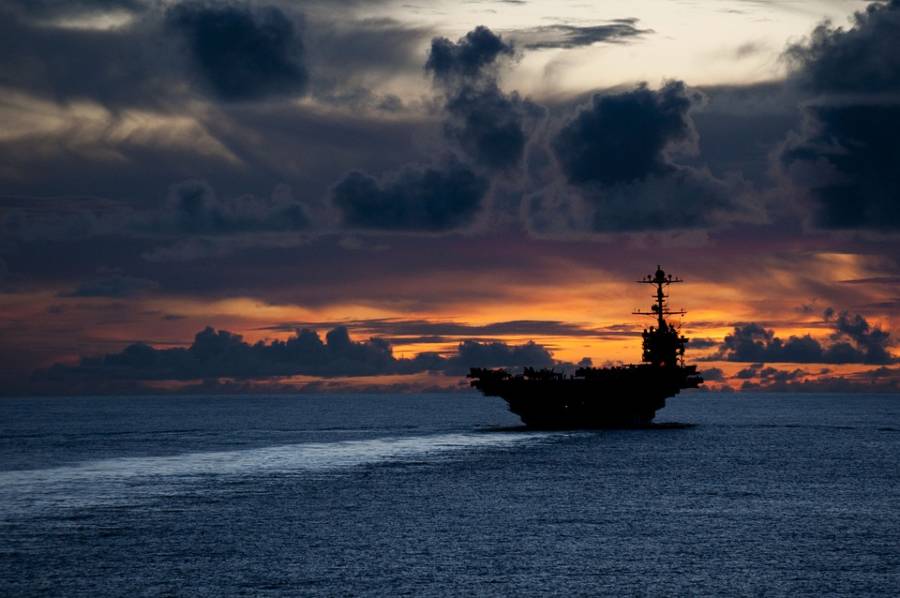 The UFO phenomenon has mystified, inspired, and confused people for generations. Even U.S. military personnel have claimed to have seen unidentified flying objects during their time in the service, and the sheer amount of data has begun to muddy the waters. That’s why the U.S. Navy is drafting entirely new guidelines for its pilots and various other personnel to report these encounters with “unidentified aircraft” more precisely.

While the advent of camera phones, affordable hobby drones, and the internet have led to a flood of fake footage, there has, indeed, been a renewed seriousness in the UFO phenomenon in recent years. Most recently, a series of inexplicable sightings of highly advanced aircraft encroaching on Navy strike groups and sensitive military facilities has officials ready and willing to reassess their procedure with reporting UFOs.

According to Politico, the Navy aims to establish a more formal and efficient process in analyzing these sightings as well as destigmatizing them. 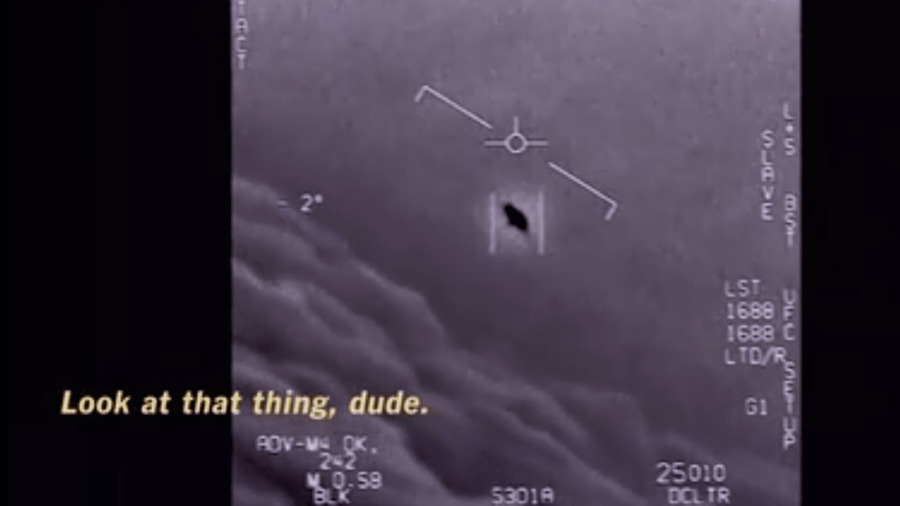 NYT/ScreengrabA screengrab of the footage released in 2017 alongside the New York Times report on the Pentagon’s dedicated UFO office within the Defense Intelligence Agency.

“There have been a number of reports of unauthorized and/or unidentified aircraft entering various military-controlled ranges and designated air space in recent years,” a representative for the Navy said. “For safety and security concerns, the Navy and the (U.S. Air Force) takes these reports very seriously and investigates each and every report.”

A document regarding just how and to whom to report these sightings is reportedly already in draft.

For those of us harboring frustration at the notion that UFOs are mere delusions — which, if they were, seem to occur quite frequently — this modern stance on behalf of the Navy is heartening. To be clear, the branch isn’t officially confirming that these objects are alien in nature, but that they should be analyzed, studied, and recorded in a serious manner rather than be dismissed as nonsense.

These days, UFO’s are described as UAP’s or “unexplained aerial phenomena,” perhaps in a bid to further legitimize the reports as the term “UFO” has quite the negative connotation. 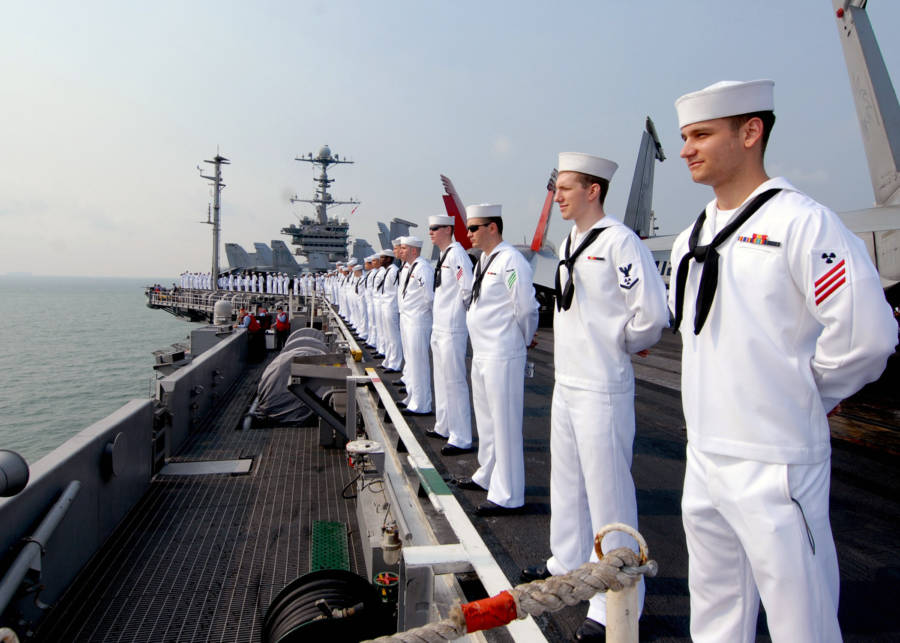 Chris Mellon, an ex-staffer on the Senate Intelligence Committee and former Pentagon intelligence official, said this novel approach could be a “sea change” for the government’s current attitudes towards UFOs.

“Right now, we have a situation in which UFOs and UAPs are treated as anomalies to be ignored rather than anomalies to be explored,” he said. “We have systems that exclude that information and dump it.”

Mellon explained that a vast portion of military personnel tend to dismiss any unusual, inexplicable encounter if it isn’t pertinent to their task at hand — and that this behavior needs to change if we are ever to find some answers about these recurring phenomenon.

“In a lot of cases (military personnel) don’t know what to do with that information — like satellite data or radar that sees something going Mach 3,” he said. “They will dump (the data) because that is not a traditional aircraft or missile.”

This change is not entirely unexpected, however. In 2017, a New York Times report revealed that the Pentagon had dedicated an office to UFO research within the Defense Intelligence Agency, as a number of senators had strongly requested that the appropriations be set aside for it. This showed that not only are government officials becoming increasingly curious about what’s actually occurring in our air space but that the money to find that out is being officially allotted, as well.

While the Pentagon’s UFO research office — the Advanced Aerospace Threat Identification Program (AATIP) — was officially shut down in 2012, the Defense Intelligence Agency’s new office has already spent over $25 million on technical studies, evaluations of incidents, and research.

Coincidentally, the U.S. Navy was recently granted a patent for an advanced aircraft which starkly resembles a triangle-shaped UFO many have reported seeing for decades now. According to Metro, the patent describes a vehicle that uses an “inertial mass reduction device” in order to travel at “extreme speeds.” 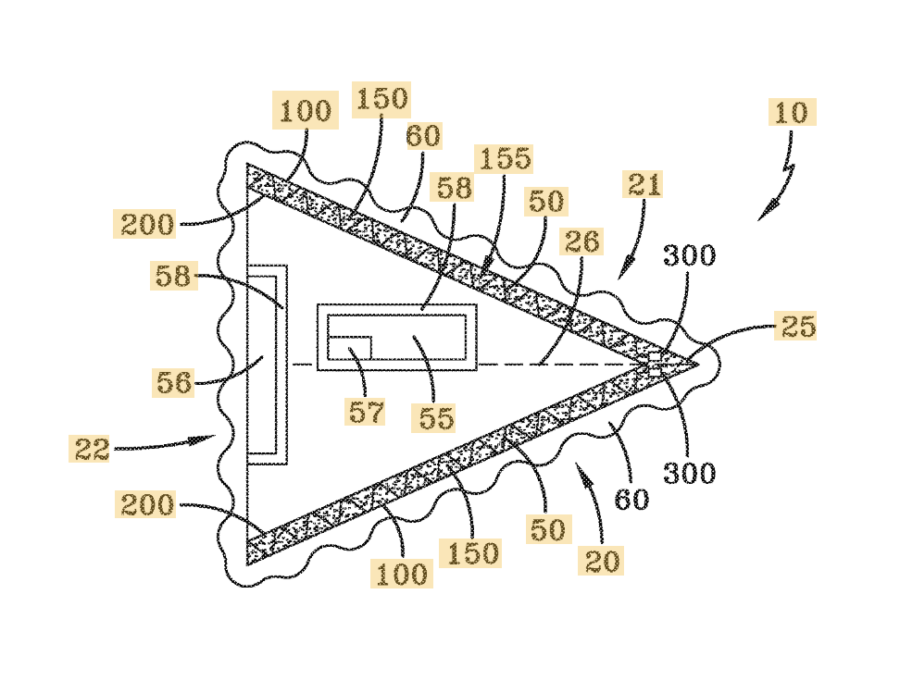 Salvatore Cezar Pais/ GoogleA diagram of the triangle-shaped craft the U.S. Navy was granted a patent for in 2018.

As expected, the Navy’s announcement has garnered strong attention from lawmakers, officials, and aviators alike.

“In response to requests for information from Congressional members and staff, Navy officials have provided a series of briefings by senior Naval Intelligence officials as well as aviators who reported hazards to aviation safety,” the Navy said.

While the military branch has yet to divulge just who has been briefed on its new guidelines, nor expound on them further, people like Luis Elizondo — a former Pentagon official who once ran the AATIP — are just relieved that the government is finally taking UFOs seriously.

In the end, the new guidelines can only mean more reliable data and, for once, the government is being fairly transparent about a matter concerning UFOs — which is certainly heartening…and not at all suspicious.

Next up, read about four real U.S. government alien research projects. Then, learn about the Pentagon’s dedicated UFO program which was revealed in 2017.