Known for excluding Black people and other minorities, sundown towns are historically all-white communities in the United States with extremely troubling pasts. 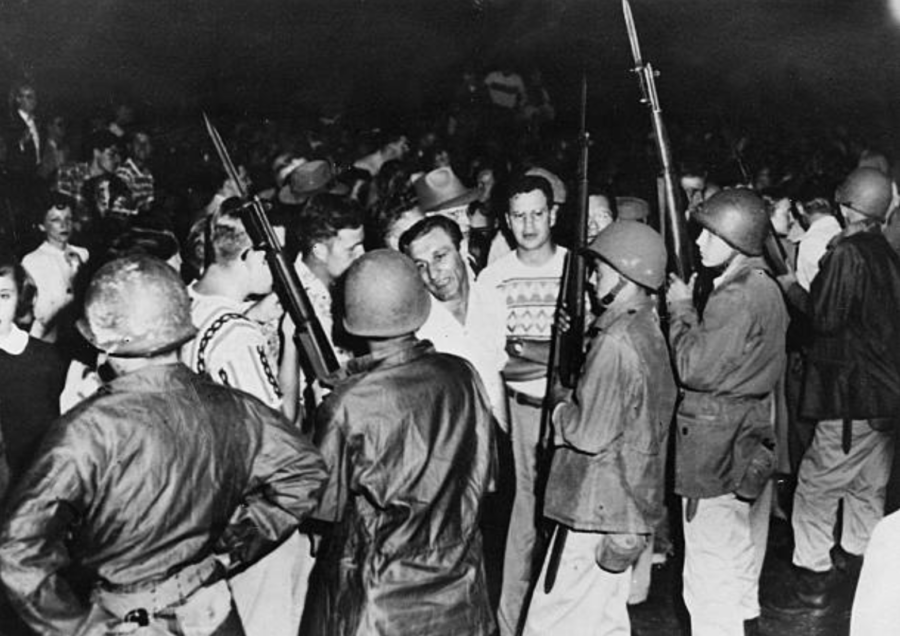 ullstein bild/Getty ImagesThe Chicago suburb of Cicero was one of the most infamous sundown towns to ever exist in Illinois. After just one Black family moved into an apartment there in 1951, a mob of 4,000 white people attacked the entire building.

For much of the 20th century, thousands of all-white American towns forbade Black people from being within the city limits after nightfall. These communities were known as “sundown towns” — both to residents and those passing through. And a lot of them were outside the South.

Scattered throughout the Midwest, New England, and California, these towns usually allowed Black people to pass through during the day, especially if they were there to work. But they had to be out after dark. Otherwise, they risked being arrested, beaten, or even murdered by white residents.

Though their origins date back to colonial times, the era of sundown towns arguably began around 1890. For decades, these communities either explicitly or implicitly let Black people know they were not welcome there.

Sometimes, they drove Black residents out by force. Other times, they passed exclusionary laws to make these areas less appealing to African Americans. But most of them intimidated Black travelers who were driving through — and threatened them with violence if they stuck around too long.

It’s difficult to know exactly how many sundown towns there were in the United States — and it’s almost impossible to come up with a complete list. But sociologist James Loewen once estimated that there were as many as 10,000 sundown towns across the country at their peak in 1970.

After the civil rights movement, some of these towns slowly began to welcome Black people. But other towns did not. While few former sundown towns would describe themselves as such today, many of them remain largely white. And some Black travelers — and residents of these places — maintain that sundown towns have never completely gone away.

The Origins Of Sundown Towns

One of the first recorded examples of sundown towns in America emerged during the colonial era. In 1759, “His Majesty’s province of New-Hampshire” passed a stipulation that forbade the nighttime travel of non-white residents, under the pretext of preventing “disorders” at night:

“Whereas great disorders, insolencies, and burglaries are oft times raised and committed in the night time by Indian, Negro, and Molatto servants and slaves to the disquiet and hurt of her Majesty’s good subjects… No Indian, Negro, or Molatto servant or slave, may presume to absent from the families where they respectively belong, or be found abroad in the night time after nine o’clock; unless it be upon errand for their respective masters or owners.”

These stipulations, which were also published in local newspapers, were often enforced with violence by white authorities. Few white citizens objected to this. After all, many of them considered enslaved people to be property, and they didn’t want their “property” to get away from them.

After the Civil War and the abolition of slavery in the United States, many white lawmakers in the South began to pass discriminatory policies that denied countless rights to African Americans. This time period would eventually become known as the Jim Crow era. Around the same time, sundown towns also began to take hold — but not just in the South. 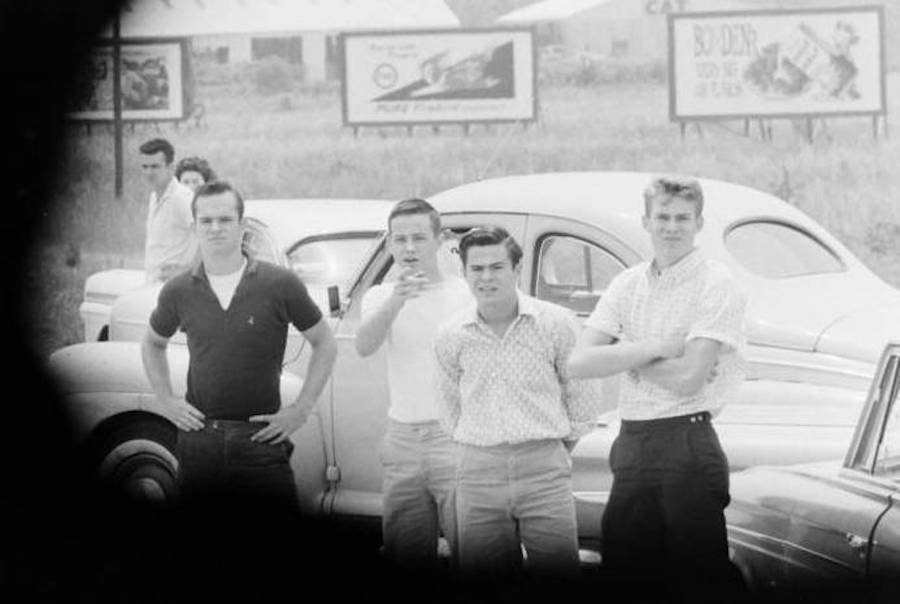 Of course, there is no doubt that sundown towns existed in the South — and that white Southerners pushed Black people out of their communities. During the brutal Red Summer of 1919, an armed white mob in Corbin, Kentucky, rounded up some 300 Black men, women, and children and violently forced them onto rail cars headed for other towns.

However, many African Americans also began to leave the South on their own. During the Great Migration, more than 6 million Black people moved from the South to the North, Midwest, and West from 1916 to 1970.

Many of the people who relocated were hoping for a better life elsewhere in the United States. But unfortunately, they often found that racism was still a major problem, even in the “sophisticated” urban cities of the North.

With the popularization of the automobile, Black drivers were eager to explore more of the United States and find the best place to settle down, or at least visit as a guest. But while they were on the road, these travelers learned very quickly that they needed to avoid sundown towns at all costs.

How Sundown Towns Emerged All Over America

One of the biggest misconceptions about American history is that “the South” (including any state that once belonged to the Confederacy) was completely backward and racist, and “the North” (often called “The Union” during the Civil War) welcomed all races, colors, and creeds.

A close look at the reality of sundown towns alone reveals that when it came to the treatment of Black people — and other minorities — “the North” was not all that much different from “the South.”

Certainly, the South was more overt in its racism, and its sundown towns were no exception. For example, a sign that hung outside of Alix, Arkansas, once infamously warned: “N****r, Don’t Let The Sun Go Down On You In Alix.” Two hours to the south — in Mena, Arkansas — a sign advertised the town as such: “Cool Summers, Mild Winters, No Blizzards, No Negroes.”

But while those literal warning signs were blasted throughout the South, towns all over the country made it plenty clear that they did not want Black people there. The historic Route 66 is a sad example: By the 1930s, 44 out of the 89 counties that bordered the highway were sundown counties.

Sundown communities in the North, Midwest, and West may not have had offensive signs warning Black men and women to stay out, but they were just as apt to enforce these rules with brutal violence. 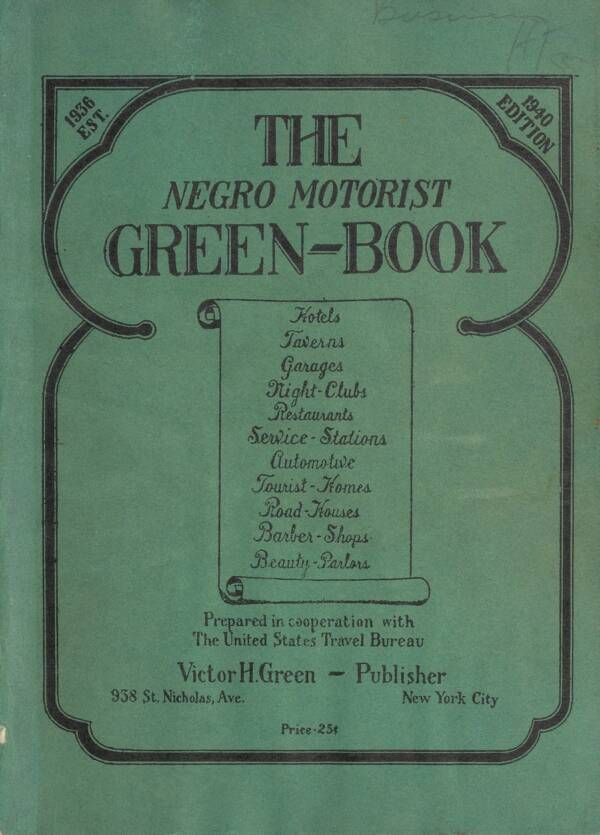 Wikimedia CommonsThe Negro Motorist Green Book was developed specifically for helping Black people find a list of places where they’d be welcome in the 1930s — because so many sundown towns existed in the U.S. at that time.

In Duluth, Minnesota, three Black circus performers were kidnapped from a local jail by a white mob, beaten on the street, and hanged from a telephone pole in 1920. A few decades later in Vienna, Illinois, a white mob took to the streets after a Black man escaped from prison — and set fire to nearly all of the African American homes, forcing nearly all the Black residents to flee.

The ever-growing list of sundown towns became so long that a Black travel writer named Victor Green penned The Negro Motorist Green Book in response. The book served as a written survival guide for aspiring Black travelers looking to enjoy the open road — and included a list of restaurants, hotels, stores, and other businesses that would welcome them.

But while sundown towns were once thought to have been a shameful relic of the past, some Black travelers maintain that they still exist today in some form. One Black hiker named Marco Williams described an unsettling experience at a rest stop that he visited in Kentucky in June 2020.

Williams said, “The cashier was like, ‘You best not be around here after dark. This is a sundown town.'” The young hiker continued, “I don’t think she was being racist toward me. If anything I got the energy that she was looking out for me so I believed her and got out of there.”

Indeed, the handful of Black residents who live in former sundown towns often describe a sense of uneasiness while they’re out and about. “It’s real strange and weird out here sometimes,” said Nicholas Lewis, a Black resident of Vienna, Illinois. “Every time I walk around, eyes are on me.”

Shining A Light On The Hidden History

In 2005, sociologist James Loewen published the book Sundown Towns: A Hidden Dimension of American Racism in an attempt to show this ugly part of history that often goes unmentioned in American textbooks.

To further illustrate this phenomenon, Loewen joined forces with students at Tougaloo College to put together an interactive map of known sundown towns in the United States. The page also features lists of sundown towns by state. It’s by no means a complete list, but this map of sundown towns is perhaps the most accurate picture of their overwhelming presence.

Sundown towns re-entered the spotlight again in 2020 thanks to the HBO series Lovecraft Country. The show — based on a novel by the same name — focused on a Black man and woman traveling through Jim Crow America in an attempt to reconnect with the man’s missing parent.

Along the way, the characters reach a sundown town, where the white sheriff threatens them with lynching if they don’t leave before sundown. 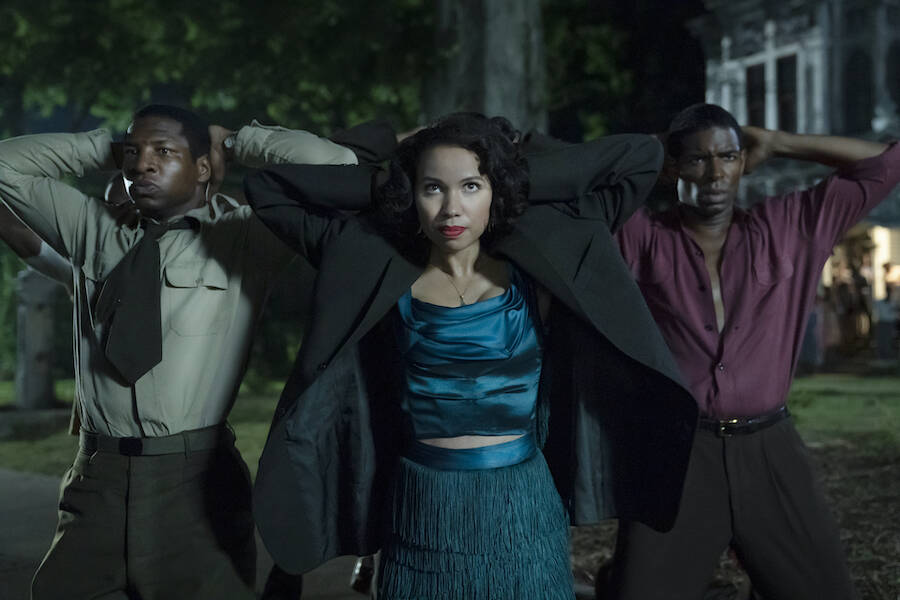 The brutality of the scene — combined with the popularity of the show — sparked discussions on Twitter about how sundown towns still exist in some form in modern times. It became such a hot topic that even Loewen weighed in on the show (just months before his death at age 79 in 2021).

“The first thing you need to know about sundown towns, and what Lovecraft Country gets right, is it’s not a Southern phenomenon,” Loewen said. “They’re all over the place.” And yet, they seem to be hidden in plain sight.

Loewen believed that this history remained forgotten for so long because of “our cultural tendency to connect extreme racism with the South.” But lack of accountability in former sundown towns may also play a factor.

For those communities that wish to put their pasts behind them, Loewen said that they could only do so by admitting their history, apologizing for what took place, and vowing that it wouldn’t happen again.

Now that you’ve read all about sundown towns, take a look at Chicago’s chilling history of racism. Then, learn about the racist origins of Oregon.