The state is considered a hub for progressive thought, but does history back up this claim? 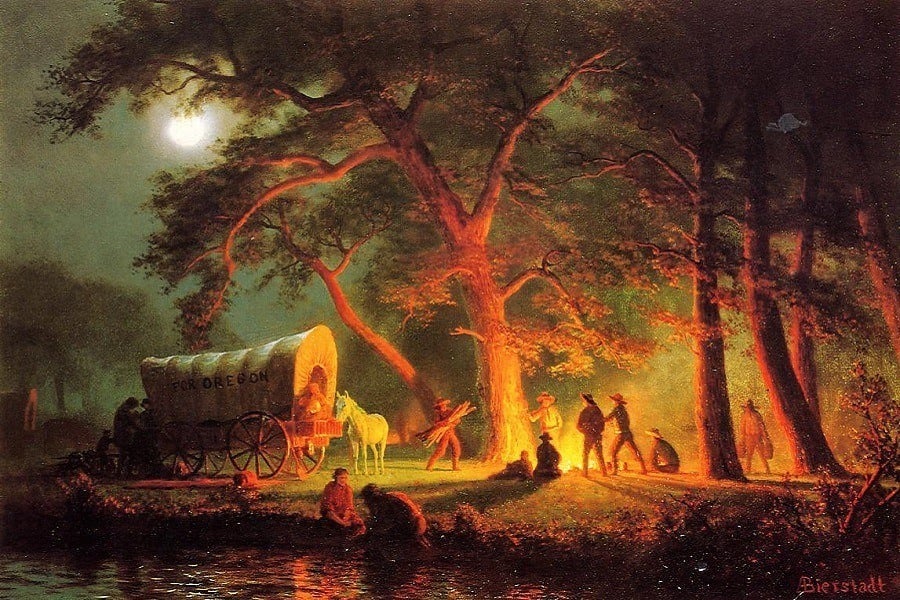 When we think of bastions of American progressivism and decisively left-leaning political thought, the Pacific Northwest often comes to mind — specifically the state of Oregon. Indeed, shows like Portlandia succeed not just because they offer well-written fiction, but because they paint a devastatingly accurate portrait of just how seriously many residents take their (often liberal) political identities in real life.

Thus, it may come as a surprise to learn that historically speaking, Oregon did not exactly leap to slap a “co-exist” sticker on its constitution, and was in fact anything but progressive.

In 1859, the Union granted Oregon statehood, even though Oregon officially didn’t welcome everyone in the Union into its borders. Indeed, the state’s constitution explicitly forbade black people from living, working or owning property in Oregon, making it the only state in the Union to explicitly deny entry on the grounds of race. As such, Oregon became something of a utopia for white people who wanted to remain insulated from other races and the outside world.

That Oregon would offer itself as a site of “pristine” refuge is not unprecedented. The state has a history of building utopian societies, and according to James Kopp’s definitive book on the subject, Eden Within Eden, the state has experimented with over 300 communes since 1856. Many of these colonies were meant to provide refuge for religious and political groups. Time and again, people gravitated to the for a chance at a new beginning — unless of course, you were a former slave. 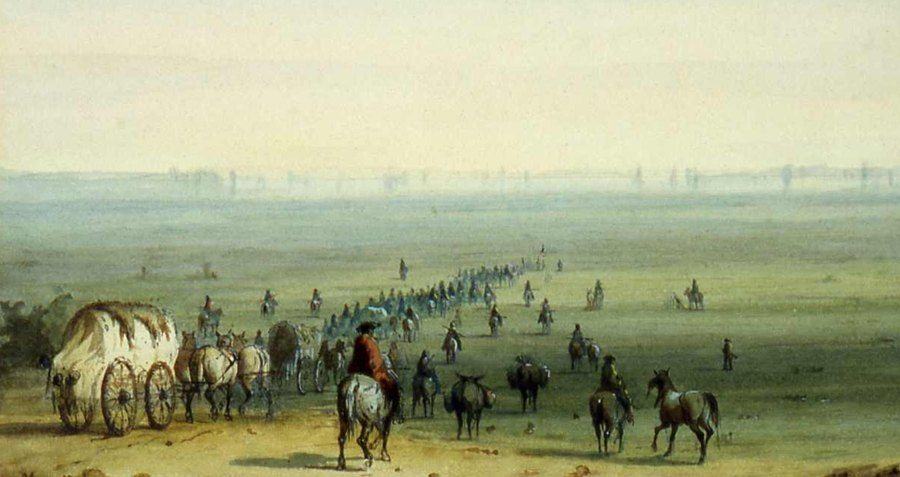 Oregon was hardly the only state to systematically exclude black people from civic life; the state did come into being on the cusp of the Civil War, after all. What made Oregon special is that it actually enshrined racist ideologies into law in ways that no other state did — including those in the South, which history books often regard as the site of post-Civil War racism.

As Oregon black history scholar Walidah Imarisha told Gizmodo on the subject, “What’s useful about Oregon as a case study is that Oregon was bold enough to write it down. But the same ideology, policies, and practices that shaped Oregon shaped every state in the Union, as well as this nation as a whole.”

One attitude to which Imarisha may have referred is that Oregon condemned an institution but demonstrated no desire to improve upon its effects — and even perpetuated said institution’s worst assumptions in more insidious ways.

For instance, while Oregon residents opposed slavery in the U.S. as early as 1840, the territory forbade black people from living there — even free blacks, who, by Oregon law could be flogged every six months until they left.

These attitudes persisted, and by the time Oregonians got around to writing their constitution 75 percent of residents actually voted to ban slavery in the state with even more agreeing (89 percent) that all non-whites should be excluded from the state.

To Oregonian officials, lily-white conditions were vital should the utopia come into existence. As one Oregonian who would later become a Republican senator explained at an 1897 Oregon Pioneer Association meeting, “Some believers in the doctrine of abstract human rights interpret this vote against admission of free Negroes as an exhibition of prejudices…We were building a new state on virgin ground; its people believed it should encourage only the best elements to come to us, and discourage others.”

As Imarisha said, “the founding idea of the state was as a racist white utopia. The idea was to come to Oregon territory and build the perfect white society you dreamed of.”

Racism Continues Into The Present

Of course, in 1866 when Congress adopted the Fourteenth Amendment, which gave former slaves citizenship and equal protection under the law, Oregon had to ratify it. Two years later, however, a new state government repealed the amendment as a symbolic gesture that Oregonians were not on board with the federal government’s turn toward racial equality (incredibly, the state did not re-ratify the amendment until 1973).

From there, Oregon continued to carry out racist policies that only begrudgingly allowed an African-American presence in the state. In 1906, for instance, the Oregon Supreme Court ruled that it was legal to segregate black people from whites in public spaces — a ruling that courts didn’t overturn until 1953.

In the early 20th century, Imarisha says that Oregon had the highest per-capita Ku Klux Klan membership in the country, and that in 1922 its support helped elect Democrat Walter M. Pierce to the governorship.

During this time, Oregon passed legislation that took aim at African-Americans, such as requiring that residents pass a literacy test should they be allowed to vote. Into the 1960s, in fact, segregation composed a prominent feature of Oregon life. 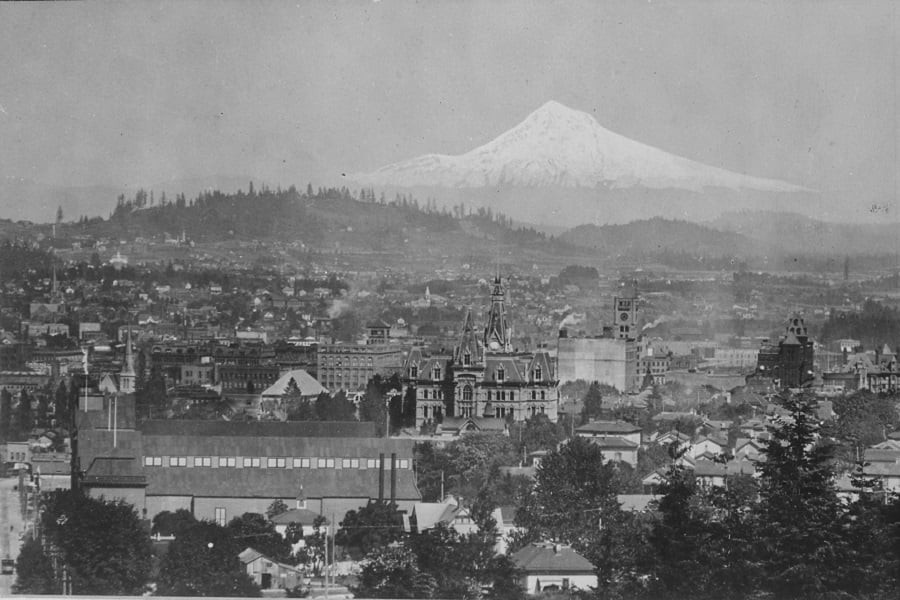 Racial equality remains an issue in Oregon. And it’s one so large that, oddly enough, many residents don’t see it. A look at the state’s demographics can help explain that: According the state’s 2010 census, 78 percent of the population is white, while only 2 percent is African-American. As rents go up in cities like Portland, where the most diversity (scarce as it is) can be found, experts say African-American populations will likely be pushed out. Indeed, one cannot exactly “solve” — let alone see — the problem of racial inequality if one race effectively dominates the state in terms of population share.

Racial disparities in education also exist — and come at a major cost. A 2015 study found that the state’s “racial achievement gap,” the educational disparities among various ethnic groups, costs the state $2 billion a year in lost revenue.

Still, not all hope is lost. In 2013, then-governor John Kitzhaber signed a bill into law that would enable the state legislature to evaluate any bill that is “likely to lead to increased racial disparities.”

But to people like Imarisha, acknowledging Oregon’s racist foundations is just as critical in the push for equality as legislation is. “People are like, ‘Why do you bring up this history? It’s gone, it’s in the past, it’s dead.” Imarisha told the Atlantic. “While the mechanisms may have changed, if the outcome is the same, then actually has anything changed? Obviously that ideology of a racist white utopia is still very much in effect.”

Next, read about the white privilege survey causing an uproar at an Oregon high school. Then, read the gripping tale of an Oregon militia’s confrontation with police earlier this year.