The 19th-century town of Rockport was abandoned after the construction of the Wanship Dam in 1952. 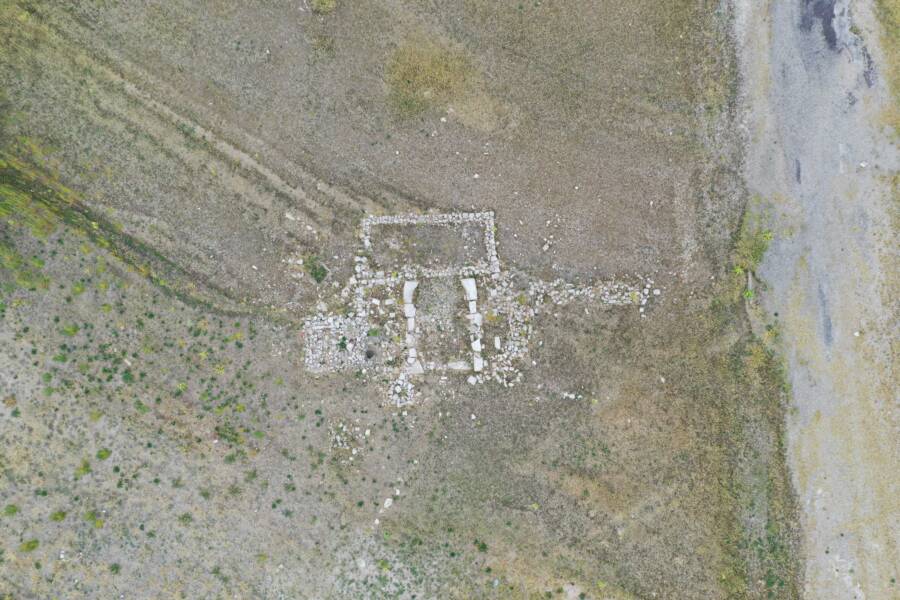 A devastating drought in Utah has lowered reservoir levels across the state. The receding water has revealed lost cars, an entire canyon, and, between Park City and Coalville, the ghostly remains of a former town.

Since 1952, the town — once called Rockport — has been submerged in water. It lies beneath the Rockport Reservoir in Summit County and is usually difficult to see from the surface.

“The first building you can see usually is exposed every year,” noted Rockport State Park Manager Eric Bradshaw. But, he added, “the other foundations you don’t see nearly as often.”

This year, water levels have dropped dangerously low. The Rockport Reservoir is at 26 percent capacity, a level sometimes reached in the autumn but never in the summer.

As a result, the town of Rockport has emerged from the depths. A few craggy foundations show where buildings stood half a century ago. 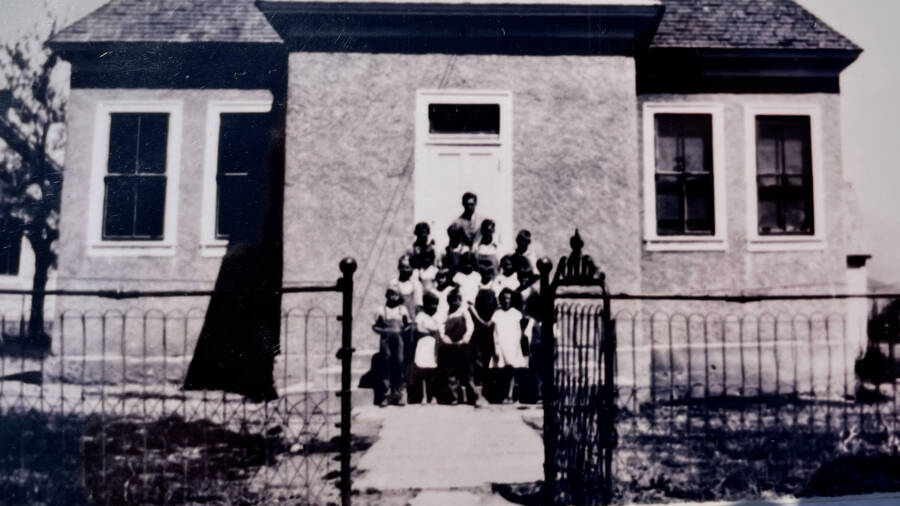 Rockport State ParkFormer residents of Rockport, Utah, stand in front of a building which may be a school house.

First established in 1860, Rockport went through a couple of different names, including Crandall and Enoch City. But during the Black Hawk War, which lasted from about 1865-1872, settlers built a large wall to protect themselves and renamed their town “Rock Fort.”

“European settlers came in, established a little community there,” explained Jon Parry, assistant general manager of the Weber Basin Water Conservancy District. “They were having some conflicts with the natives, so they ended up building kind of a rock wall around their settlement.”

Once the war ended, the settlers used the material from the wall for other purposes. No longer a fort, they changed the name of the town again, this time to Rockport.

For about 100 years, people in town enjoyed a peaceful existence. The population of Rockport remained small — around 200 — before it started to decline in the 1940s. A decade later, the federal government tapped the land around Rockport as the site of a reservoir.

After the government bought the land in 1952, the remaining 27 families in Rockport agreed to leave. Before they went, a few of the town’s structures — including the schoolhouse, pictured above, and a chapel — were moved to preserve their history.

Between 1954 and 1957, the Bureau of Reclamation built the massive Wanship Dam. Over 150 feet high and 2,000 feet long, it soon flooded the area with water — submerging what remained of the town of Rockport. 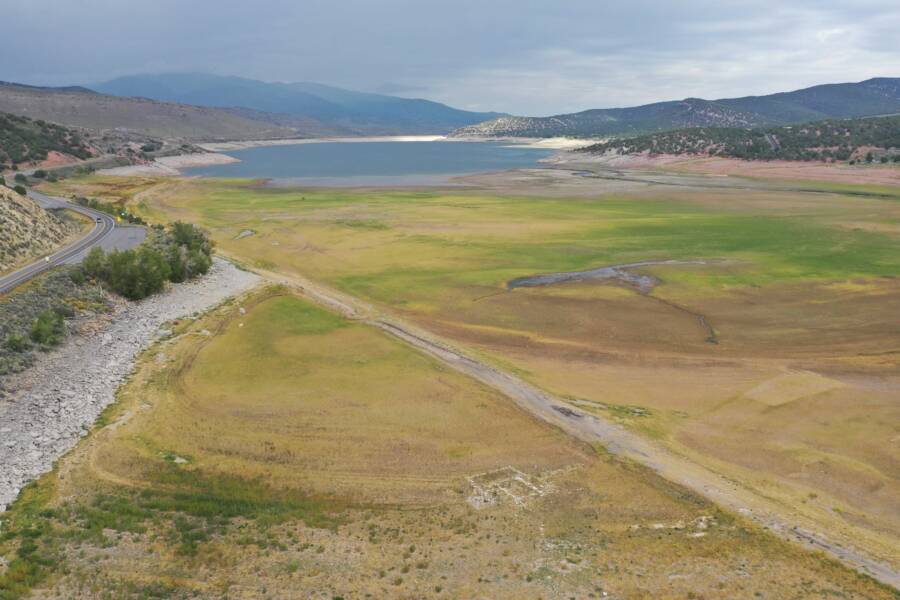 Devon DeweyRemains of Rockport can be seen in the foreground, with the shrinking reservoir behind it.

For over 50 years, Rockport remained underwater. Sometimes, receding water lines exposed a hint of its old buildings. But it’s highly unusual for the water level to drop so far that the entire town is exposed to the sun.

That’s exactly why Devon Dewey sent his drone flying over the dried-out reservoir.

“It was really interesting to be standing at an overlook for the reservoir and to see faint traces of foundations of old homes and a road all below where the water would normally be,” Dewey explained.

“The whole area is pretty flat and uniform, so even though the foundations are old and mostly gone, you can still see them clearly if you know where to look.”

In fact, officials would prefer that people visit the ruins of Rockport via drone, instead of climbing down to see them in person. Though the reservoir water has receded, the ground itself remains muddy and can easily snag people and cars.

“It is kind of cool, you know, it’s still history,” said Bradshaw. But the dropping water levels are also ringing alarm bells for him.

“If you don’t come up and actually see it, you may not realize how bad the drought actually is,” Bradshaw said.

He hopes that the emergence of Rockport will draw attention — not necessarily because of its history, but because it shows how low water levels have fallen.

“To be this low, it’s very eye-opening, hopefully for people,” he said.

After reading about this Utah ghost town revealed by drought, discover the story of the Buddhist temple Wat Nong Bua Yai also exposed by dry weather. Or, learn about the ghost town of Centralia, Pennsylvania, which has been on fire since 1962.