Was The Moon Landing Faked? Why Conspiracy Nuts Think So

One theory proposes that the moon landing actually took place on a Hollywood set. Another suggests that Area 51 was the location. 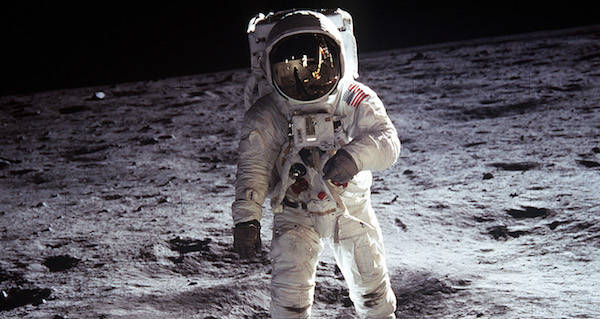 July 20, 1969. On that historic day, a reported audience of half billion —the largest at the time — tuned in to watch Apollo 11 astronaut Neil Armstrong land on the moon and deliver his famous line, “That’s one small step for man, one giant leap for mankind.” Later on, Armstrong insisted that he said, “one small step for a man.” Intense analyzation of the audio recordings since has resulted in mixed reviews.

If only the inclusion of the word “a” was the largest debate surrounding the 1969 moon landing. The biggest controversy, however, doesn’t have to do with what Armstrong said or didn’t say when he landed on the moon. The real controversy is whether he landed on the moon at all. The fake moon landing conspiracy has been around since the 1970s and has garnered public attention ever since.

Was the moon landing faked? A seemingly absurd question, books and articles, and films created by theorists who believe in the moon landing hoax helped not only give legs to a far-fetched theory, but also give it sustaining durability. 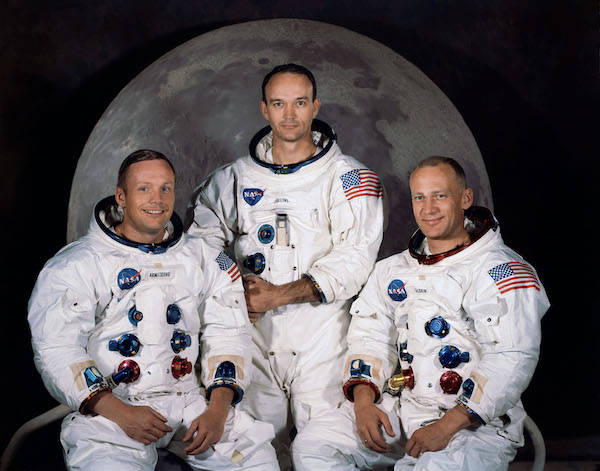 There isn’t a single cohesive story or origin when it comes to the “moon landing faked” conspiracy because it is one with many versions. Though some less extreme theorists believe that it did happen, but not in the way it was relayed to the public, many others assert that NASA never went to the moon at all.

Like any good conspiracy, there needs to be a motive. In this case, the largest motive for the faked moon landing was the mounting tension between the United States and the USSR at the time. The Cold War was going strong and the Soviet’s successful launch of Sputnik, the first Earth satellite, set off the much-hyped Space Race.

The competition for spaceflight capability was symbolic of a greater, general technological supremacy. Landing on the moon, a risky and pricey endeavor, was seen as the ultimate accomplishment. In a speech JFK gave on the moon mission, he emphasized that the U.S. chose to go to the moon because it was hard, not despite it.

Wherever the “staging” took place, a universal idea among theorists is that the only footage comes directly from NASA in the form of images and what people saw on their television sets. And since there is no independent verification that the moon landing happened, under the “trust no government agency” philosophy, there is no proof that this event took place. 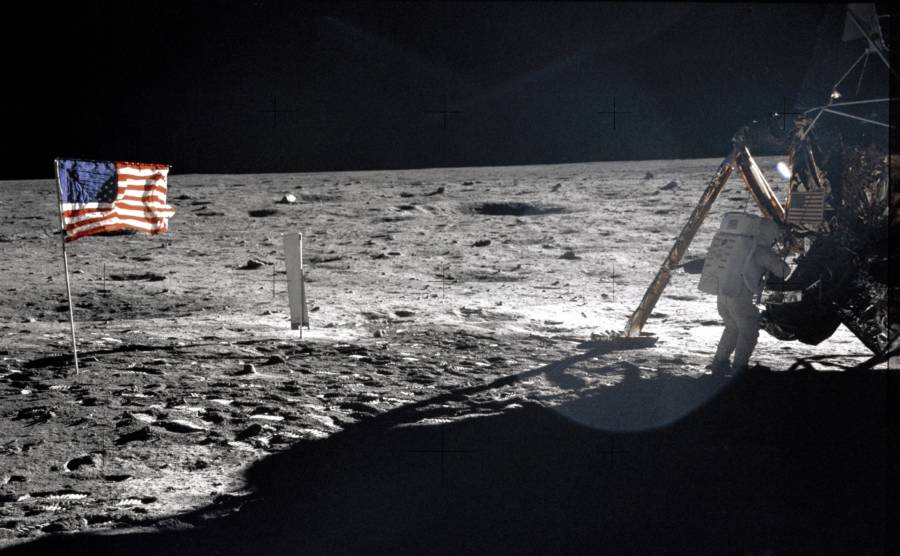 FlickrThe “waving” flag on the moon.

Key findings that conspiracy theorists site in order to prove the moon landing was a hoax include:

Buzz Aldrin plants the American flag on the moon… and it waves. The waving flag indicates wind presence. There’s no wind on the moon.

Images of the landing contain odd reflections of light in the corner of photos and off of the astronaut’s helmet visor. There are also shadows pointing in different directions, indicating several light sources. These discrepancies can only be explained by studio lights on a production set.

Stars are one of the first things that come to mind when thinking about space. However, in the photographs of the moon landing, no stars can be seen. 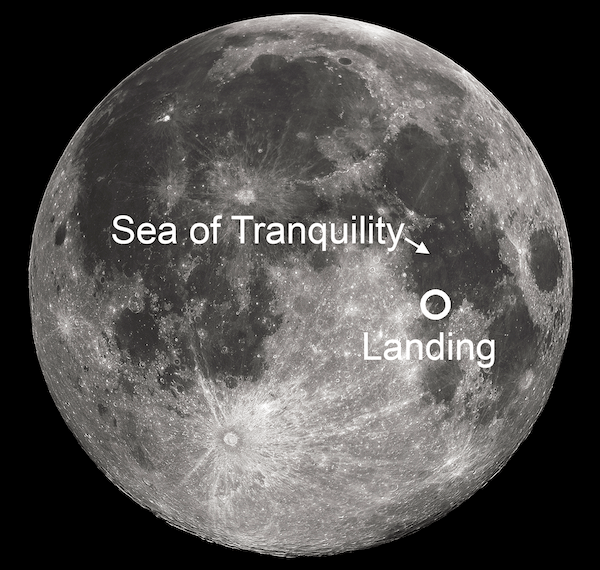 There have been many skeptics throughout the years with wide-ranging claims. An Australian Woman saw a coke bottle briefly roll across the bottom of the screen in the original footage. A 2001 Fox TV documentary titled Conspiracy Theory: Did We Land on the Moon? by one of the initiators of the moon landing hoax, Bill Kaysing, pointed out inconsistencies between the images and the TV footage. An 81-year-old former Hollywood cameraman said in 2016 that the moon landing was filmed in North London and that he was the one holding the camera.

The many contentions brought up by hoax enthusiasts have been widely debunked and refuted over the years. Scientists from the Argonne National Laboratory put up a detailed rebuttal of the major claims made about the moon landing faked conspiracy on the lab’s website.

So far, no member of the U.S government or NASA official involved in the moon landing has said that the mission was a hoax. Which means, if the theories really are true, the level of secrecy in which those involved have maintained is incredibly impressive. The urge to spill that kind of secret could keep a person up at night.