Over the decade that Jeffrey Dahmer lived in this quaint house in Akron, Ohio, he developed the sadistic obsessions that fueled his 13-year reign of terror.

When Jeffrey Dahmer was eight years old, his family moved to the Beth Township suburbs of Akron, which at the time in 1968 had a population of little more than 4,500. The same year Dahmer graduated high school there, however, he murdered and dismembered his first victim right under the family’s roof — before scattering the victim’s pulverized bones across the backyard. 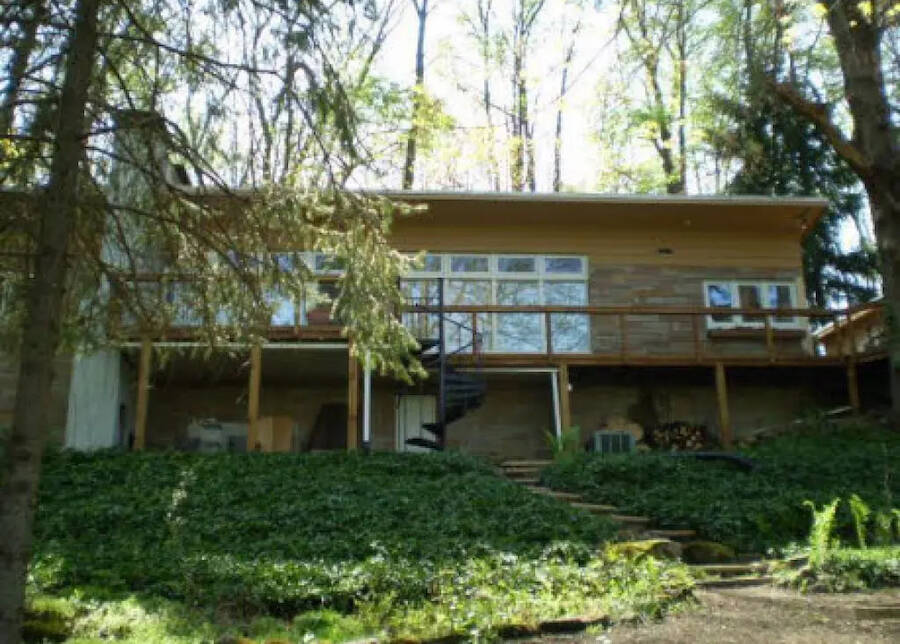 Later convicted of 15 murders in 1994, Dahmer became one of the most chilling serial killers in American history. His psychosexual obsessions inspired countless films, books, and challenged criminologists to understand his mind.

Ultimately, one might be wise to start at the beginning — in Jeffrey Dahmer’s childhood house.

Jeffrey Lionel Dahmer was born on May 21, 1960, in Milwaukee, Wisconsin. His mother Joyce Annette Flint was a teletype instructor while his father Lionel Herbert Dahmer was a graduate student in chemistry at Marquette University. 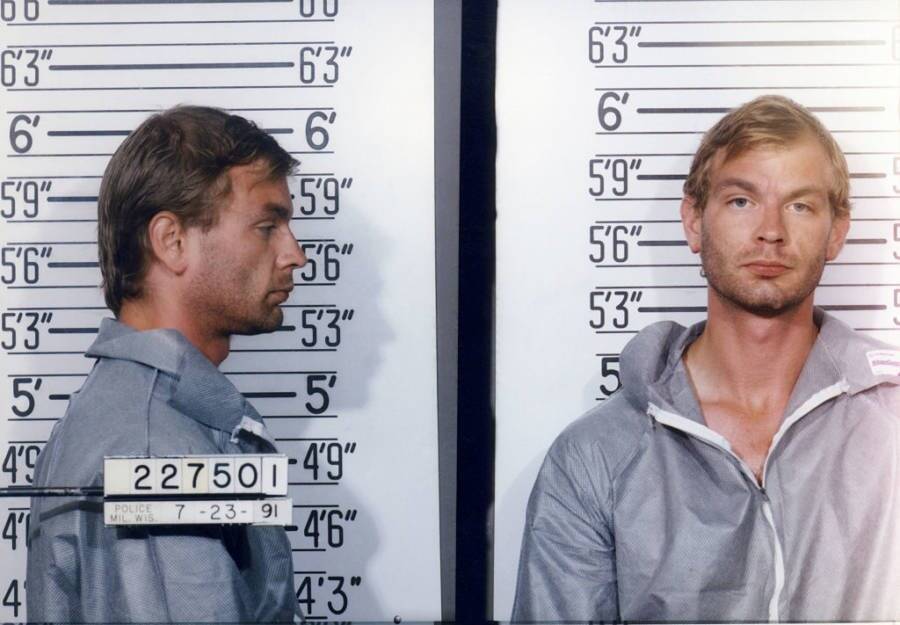 Dahmer’s father recalled taking him to the local soda shop as a boy and exploring the nearby fields with the family dog, Fisk.

There was some turbulence in the home, however. Dahmer’s father would later lament how he spent little time with his son due to his studies. Joyce Dahmer, meanwhile, was allegedly a hypochondriac and suffered from depression.

Dahmer, nonetheless, appeared to be a happy boy until he required surgery for a double hernia at four years old. He was notably changed after the incident and reportedly grew quieter, particularly after his father found work as an analytical chemist and moved the family to Akron in 1966. Dahmer’s brother David was born in December of that year.

In 1968, the Dahmers moved into a new home at 4480 West Bath Road. Surrounded by woods with three bedrooms and two-and-a-half bathrooms, Jeffrey Dahmer’s house in the Bath Township suburb was perfect for a family. But it was also where his obsession with death truly took hold.

When Dahmer asked his father if bleach could preserve animal bones, his father was impressed. He believed his son was showing an inherited curiosity in science, even though the young man was actually collecting animal carcasses. In high school, Dahmer also began regularly drinking alcohol. 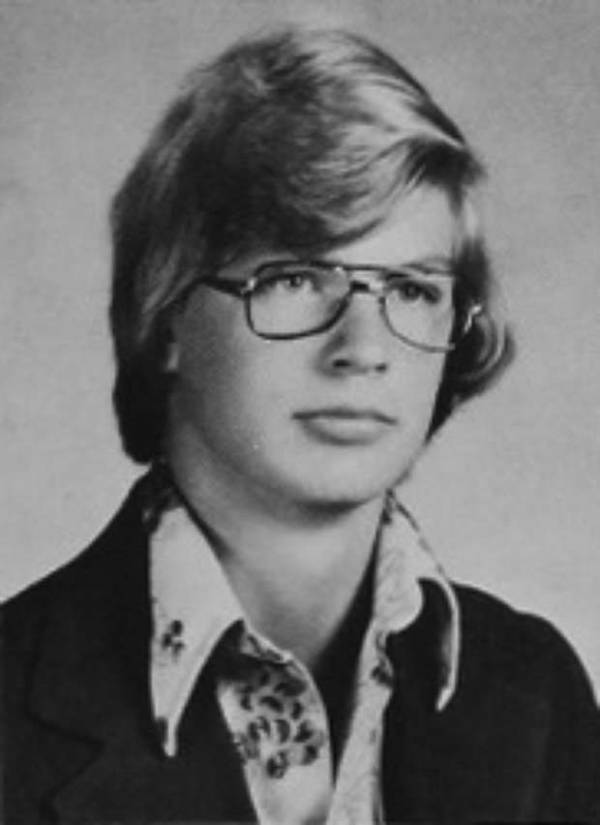 In 1978, the same year that Dahmer graduated, his parents divorced.

“I have come to believe that … a few have the potential for a profound and awesome evil,” his father later wrote. “As a scientist, I further wonder if this potential for great evil also resides deep in the blood that some of us fathers and mothers may pass on to our children at birth.”

Unfortunately, nobody knew that anything was wrong with Dahmer until it was too late.

The First Murder Of The “Milwaukee Cannibal”

Dahmer, just a recent high school graduate at the time, then dismembered Hicks the next day and buried his body parts in the backyard.

Unaware of the extent to Dahmer’s psychosis, his father encouraged him to enlist in the military. Dahmer did so as a combat medic in December and was stationed in Germany until being honorably discharged in 1981.

Then in September 1987, he killed his second victim and dismembered him in his grandmother’s basement. Yet again, he masturbated on the body before disposing of it. He killed two others while living with his grandmother before moving to Milwaukee in 1989.

In March, he strangled and dismembered a male model.

Dahmer killed 13 other locals over the next three years. His methods grew crueler and involved drilling into victims’ skulls while they were alive, injecting them with acid, and eating them. He was arrested on July 22, 1991, when would-be victim Tracy Edwards escaped and was found wandering the streets in handcuffs.

Found guilty on 15 counts of first-degree murder, Dahmer was given 15 life sentences and additional 70 years. He was bludgeoned to death in prison by fellow inmate Christopher Scarver on November 28, 1994. 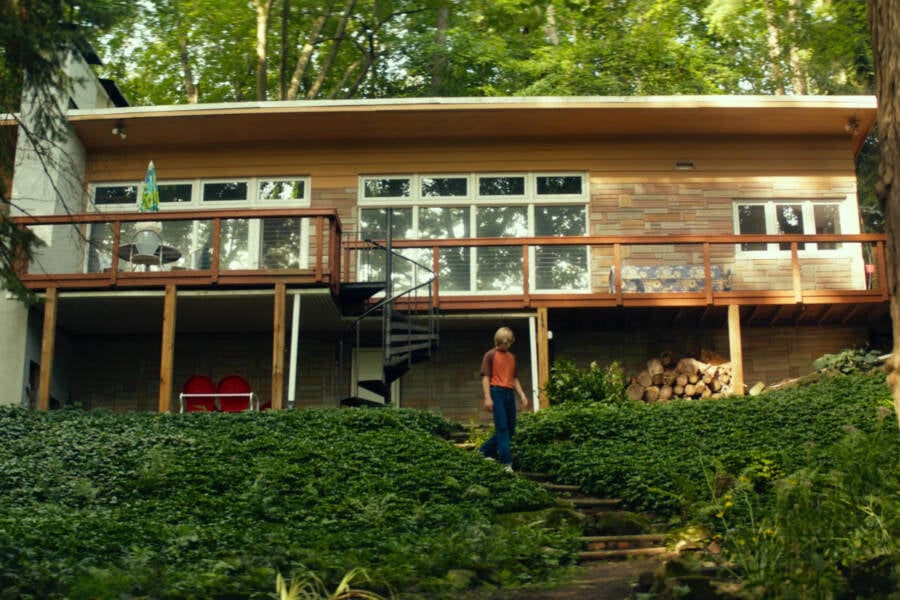 Ibid FilmworksJeffrey Dahmer’s house was used as a location in My Friend Dahmer (2017).

The house of Jeffrey Dhamer’s childhood was ultimately sold before his mother moved to Fresno, California.

The Ohio home is still standing today. Built in 1952, the 2,170-square-foot home sits on 1.55 acres of land and has since been fully renovated. The former half-bathroom is now a complete one, while a greenhouse has been added, and the outdoor balcony and spiral staircase continue to provide picturesque views.

“You’ve gotta kind of get past the horror factor,” said Butler of his experience living in Jeffrey Dahmer’s house.

After exploring Jeffrey Dahmer’s house, read about serial killer Dennis Nilsen. Then, learn about the house that inspired ‘The Conjuring.’