Inside Gram Parsons’ Tragic Death And The Bizarre Cremation That Followed

When country-rock singer Gram Parsons died of an overdose on September 19, 1973, his friends carried out his final wish — by stealing his body and burning it at Joshua Tree National Park. 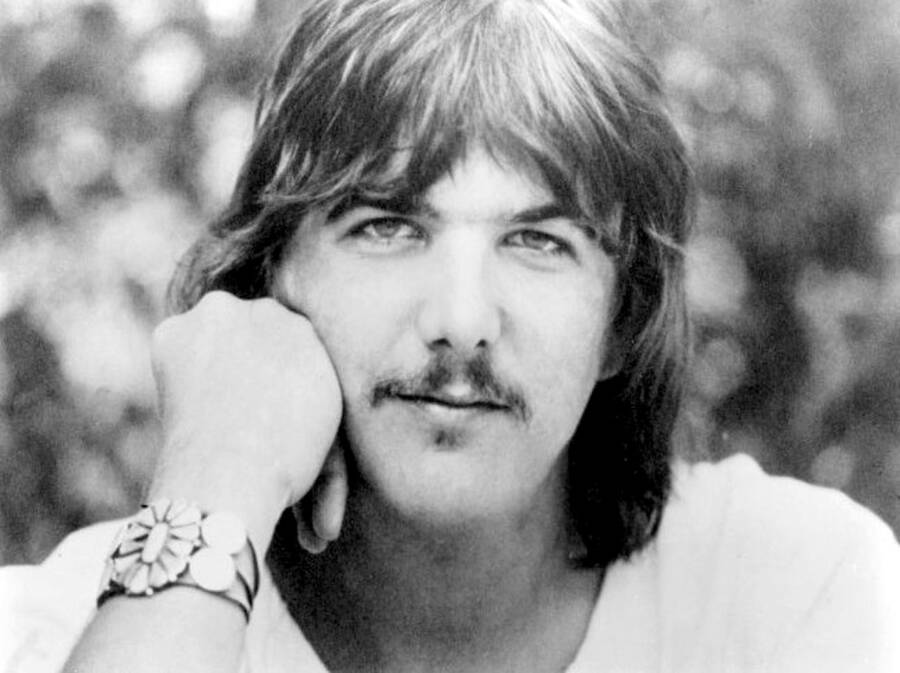 Wikimedia CommonsGram Parsons died from an overdose of morphine and alcohol.

Before “classic rock” defined the genre, country music and rock and roll were nearly inseparable from each other. Contemporary artists like Keith Richards believed nobody was more responsible for that fusion than Gram Parsons. Tragically, much of the world only came to recognize his massive contributions after Gram Parsons’ death.

A former member of The Byrds, Parsons was in the middle of a divorce when he died on September 19, 1973, in Joshua Tree, California. The 26-year-old had grown so fond of the remote desert that he started to spend most of his weekends there. His substance abuse issues had tragically grown in tandem with these retreats.

While Parsons had previously used those outings to take psychedelics and marvel at the skies, his use of harder drugs and alcohol had skyrocketed. Scheduled to hit the road in October of 1973, he decided to spend the last two weeks of September at Joshua Tree with his high school sweetheart and friends. And a fateful mixture of morphine and alcohol would spell the end for the pioneering artist.

This is the story of Gram Parsons’ death.

His Early Life And Career 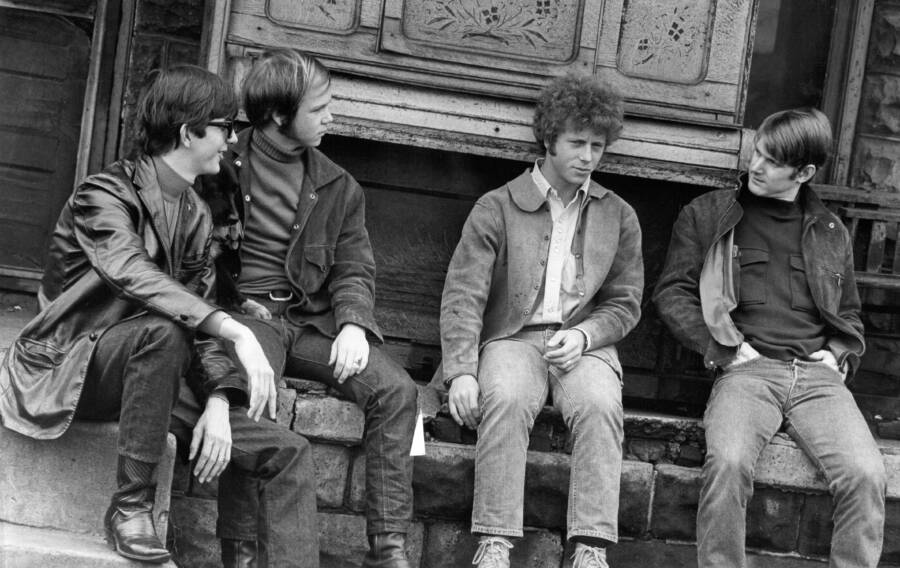 Though remembered as loving parents, Parsons’ mother and father both suffered from alcoholism and mental health issues. His mother struggled with depression, and his father committed suicide days before Christmas 1958, when Persons was just 12.

The grieving boy was only bequeathed with his famous surname when his mother remarried a man named Robert Parsons. Despite bouncing from one school and city to another, he successfully graduated from The Bolles School in Jacksonville, Florida, on June 6, 1965 — the same day that his mother died from cirrhosis.

Parsons had fallen in love with music at 9 years old after seeing Elvis Presley perform, but only started his first band at 15. Two years later, he was performing at coffee houses, high schools, and various bars in New York City. His first professional band dissolved in 1965 when Parsons left for college.

Accepted into Harvard University due to his impassioned admissions essay, Parsons only attended for one semester. After hearing Merle Haggard for the first time, he dropped out and made his way to Los Angeles. His newly-formed band International Submarine Band signed a record deal but broke up in 1968.

He successfully auditioned for The Byrds in February and became first their jazz pianist and then their rhythm guitarist and vocalist. He wrote several songs for their Sweetheart of the Rodeo album, which was released in August 1968, but wound up leaving the band due to its impending South Africa tour, as Parsons firmly disagreed with apartheid. 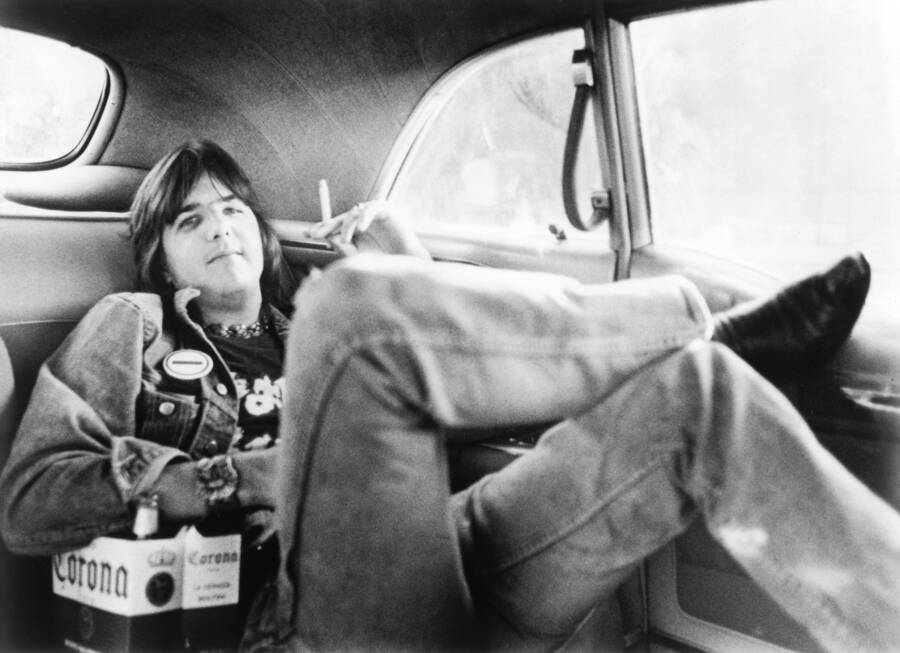 Parsons started spending a lot of time with Mick Jagger and Keith Richards of The Rolling Stones while in England. He grew very close with the latter, who later credited Parsons with reintroducing him to the country music Richards fell in love with as a youth.

Ultimately, Parsons returned to Los Angeles and reached out to Byrds bassist Chris Hillman to form a band of their own.

As The Flying Burrito Brothers, they added Byrds drummer Michael Clarke, bassist Chris Ethridge and pedal steel guitar player Peter Kleinow to the mix. While critically lauded, their debut album was a commercial failure. With his inherited trust-fund income of $30,000 per year, however, Parsons wasn’t worried — and mostly inebriated.

Parsons left the group when their 1970 follow-up album underperformed. While he seemingly found purpose in marrying girlfriend Gretchen Burrell and joining The Rolling Stones on tour in 1971, he mostly bickered with the former and was eventually asked to leave by the latter, as his presence had become a nuisance and distraction.

Parsons later mentored singer Emmylou Harris and toured with her in 1973, but his career highs were long gone. Road manager Phil Kaufman recalled spending much of his time confiscating and throwing away Parsons’ drugs to ensure he could even perform. Parsons retreat more and more often to Joshua Tree. 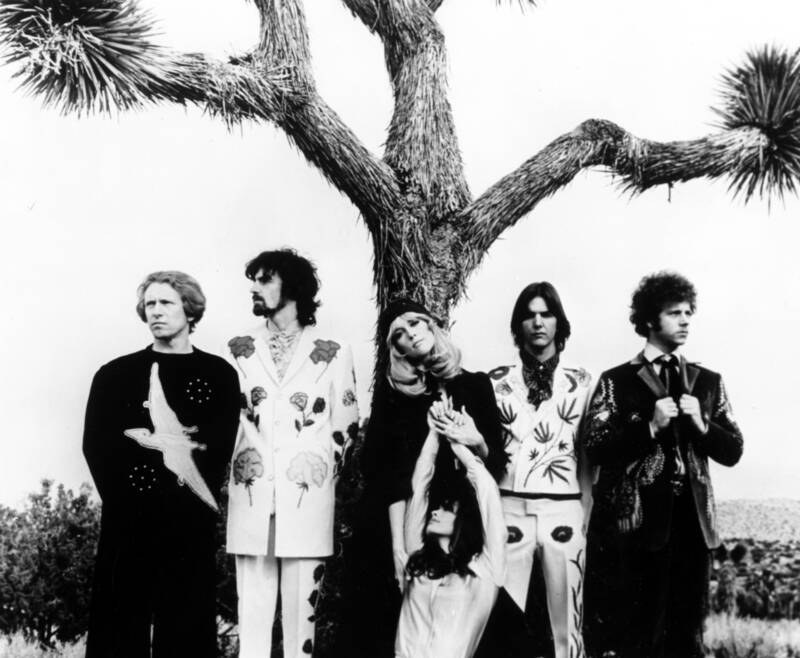 Fortunately for him, he had rekindled an old relationship with high school girlfriend Margaret Fisher while his marriage was on the rocks. With his assistant Michael Martin and Martin’s lover Dale McElroy, the foursome left Los Angeles on Sept. 17, 1973. His wife was to be served divorce papers on Sepember. 20 — until tragedy hit.

As a 26-year-old rock star, Parsons was no stranger to alcohol or marijuana and had his fair share on their first night at the Joshua Tree Inn. Martin was sent back to Los Angeles for more marijuana the following day. Parsons urged everyone to heavily drink that night and downed six double tequilas to underline his wishes.

It was morphine, however, that would ultimately lead to the singer’s death. He purchased the painkiller at the Joshua Tree Inn from an unidentified woman who injected Parsons with it in room one. It didn’t take long for him to overdose, nor for a frantic Fisher to give Parsons an ice cube suppository and put him in the shower.

Things rapidly spiraled out of control when those hopeful methods failed. Fisher took parsons to room eight before leaving to buy coffee, hoping this would help revive her lover. Left behind to care for Parsons, McElroy noticed the singer’s breaths were few and far between — until they ceased entirely. 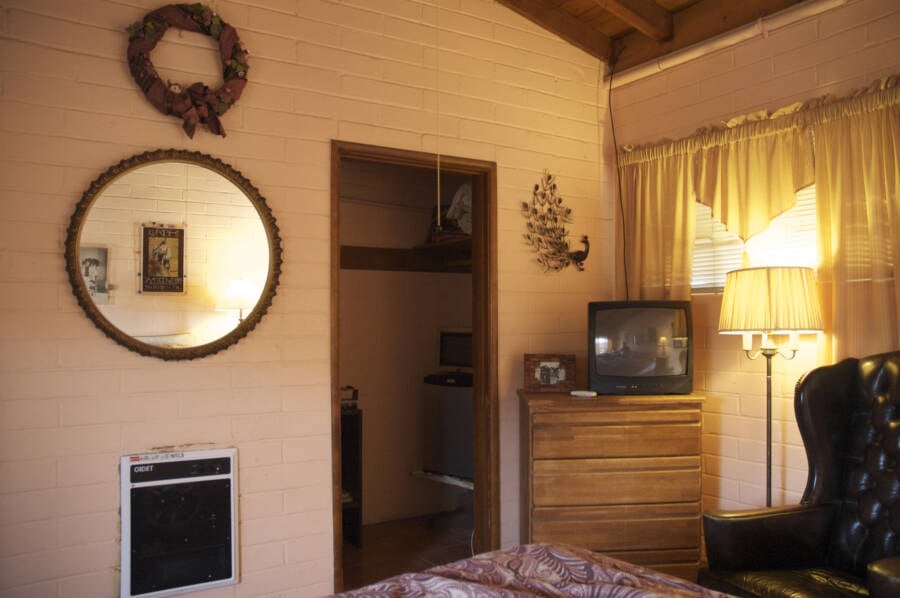 After trying to resuscitate him, the trio finally called 911. It was already too late, however, as Parsons was pronounced dead upon arriving at Yucca Valley Hospital at 12:15 a.m. on Sept. 19. According to the coroner, he died from an overdose of morphine and alcohol — a mixture Keith Richards had warned him about.

Ever the loyal road manager, Kaufman sent Fisher and McElroy back to Los Angeles before getting rid of Parsons’ drugs in the desert. It didn’t escape him that Parsons once told him to bury his ashes at the Cap Rock site at Joshua Tree in the event of his death. Kaufman went to admirable but extreme lengths to do so.

With Parsons’ body being prepared in Los Angeles for transportation to Louisiana, Kaufman and a mutual friend drove to the airport and posed as hearse drivers, convincing officials to relinquish the body. After signing for it with the bold name of “Jeremy Nobody,” they placed it in a borrowed hearse and took off.

The friends arrived at Cap Rock in Joshua Tree and did as Parsons allegedly wanted. Pouring five gallons of gasoline into his coffin, they lit a match and set his body aflame. Ultimately, however, police were already on their tail. By the time Kaufman and his friend escaped, 35 pounds of Parsons’ body had turned to ash. 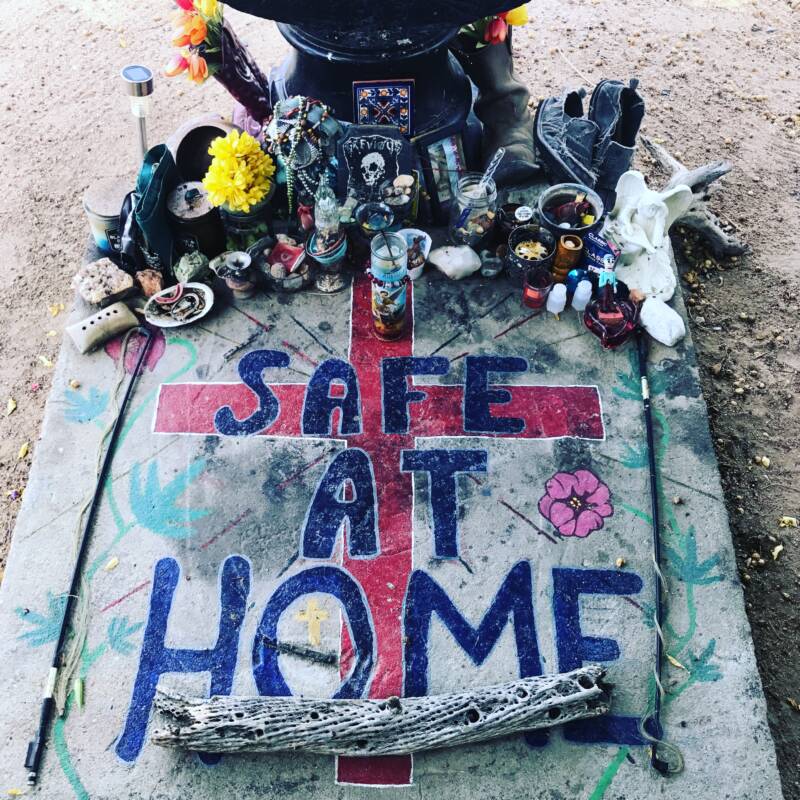 Ultimately, the two misfits were only fined for destroying the coffin because no law for stealing a dead body yet existed. The rest of Parsons’ body was buried in the Garden of Memories Cemetery in Metairie, Louisiana — while his partial cremation site at Joshua Tree remains a popular tourist destination to this day.

After learning about Gram Parson’s death, read about the death of Buddy Holly. Then, learn about “Mama” Cass Elliot’s death and the urban legend that followed.