The director of a Texas nature reserve has found at least 30 dolls on a stretch of Texas shoreline — and they just keep coming. 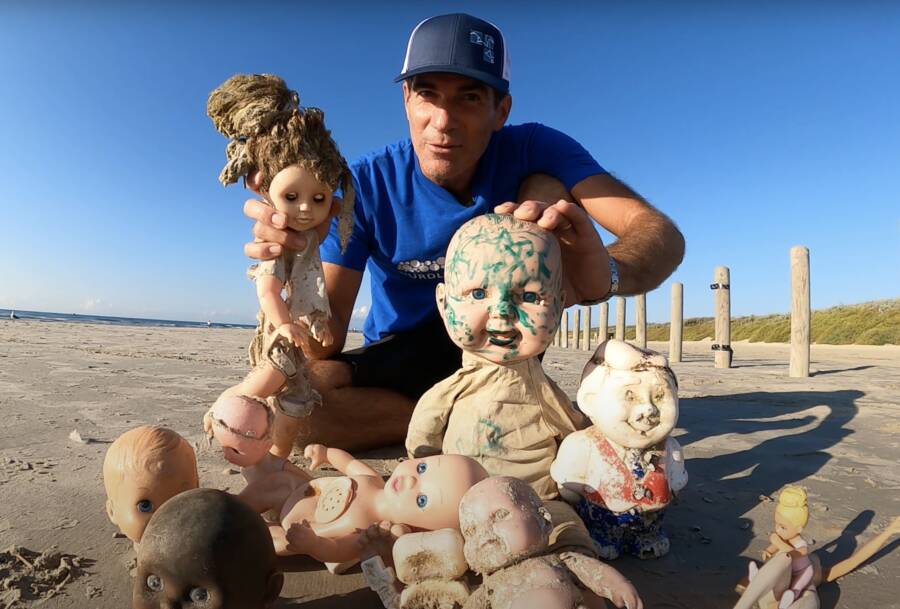 The Mission-Aransas National Estuarine Research Reserve (NERR) in Texas brings scientists and policymakers together to protect regional flora, fauna, and water quality. According to the Houston Chronicle, however, they’re currently busied by something less organic — creepy dolls that keep washing ashore.

The reserve’s director, Jace Tunnell, oversees a 40-mile stretch along Texas’ Gulf Coast from north Padre Island to Matagorda Island. He was the first among his peers to spot these plastic relics when he found a severed doll head in January 2021 — and has since recovered at least 30 of the toys in varying condition.

According to the New York Daily News, Tunnell started posting photos of the dolls on Facebook to flabbergasted responses and concerns about the environment. While the stains, scrawl marks, barnacles, and missing limbs on the dolls are certainly memorable, Tunnell will never forget his first find.

“The first one we had found was a sex doll, the head of it,” recalled Tunnell. “I posted a picture of it and I didn’t realize that’s what it was. We got a lot of followers on the page after that… There’s a lot of nightmares out there.”

Someone paid $35 for the doll’s head, which Tunnell’s team immediately donated to a sea turtle rescue fund.

From pollution and climate change to the global rise of sea levels, the world’s ecosystems have found themselves disturbingly embattled in recent decades. According to NERR, the University of Texas Marine Science Institute founded the reserve to help.

With esteemed scientists, professors, and graduate students, this effort aims to bolster regional fisheries by collaborating with landowners, politicians, and citizens.

“Every day is something new,” said Tunnell. “Just when you’ve found everything that could possibly wash up on shore, something else comes up… We’re actually doing scientific work, but the dolls are a perk.”

Experts have since posited that these dolls are drifting in from Mexico or other Gulf states. Alternatively, they might simply be falling off ships at sea. While their origin remains mysterious, they seem to be washing ashore on this particular stretch of beach due to the pattern of currents in the Gulf.

“Texas coastal bend beaches get 10 times the amount of trash… than any other beach in the Gulf of Mexico,” said Tunnell. 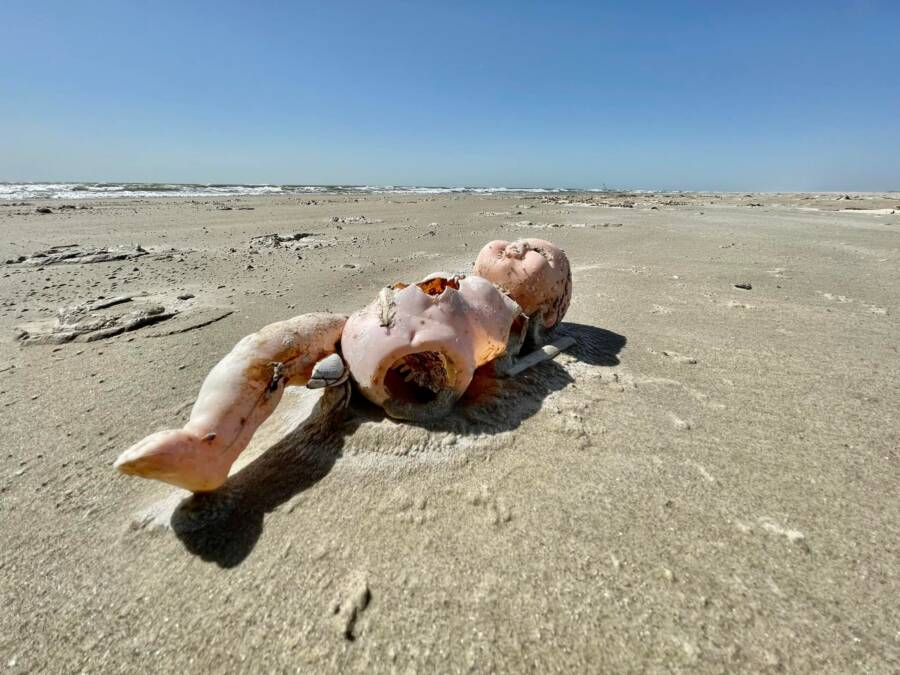 Mission-Aransas Reserve/FacebookMost of the dolls are missing limbs, are covered in barnacles or scrawl marks, or have chewed-up torsos.

With regular doll deposits filling his days, Tunnell started keeping a video tally on NERR’s YouTube page where he records the discovery sites and gives the dolls names. One was called “Chucky” after the 1980s horror movie while another was dubbed “Mermaid” due to the doll’s hot-pink hair.

“Oh boy, a creepy doll,” said Tunnell in one video. “I know a bunch of you weirdos out there like this. This is some stuff that comes up all the time. Look at that. Gooseneck barnacles growing out of the eye. Wow, maybe we’re gonna sell this one on the internet.”

While endless trash from the world’s oceans littering pristine beaches isn’t particularly uplifting, Tunnell and his peers have made a heartening decision. After a follower paid him for the head of the abandoned sex doll, Tunnell decided to keep all the dolls and auction them off in a fundraiser each year.

This cascade of creepy castaways has also made for endless entertainment on the internet. Social media users around the world comment on the NERR YouTube and Facebook pages with their thoughts. One wrote: “Creepy and why are there so many dolls in the ocean? Am I missing something?”

Another commented: “This one looks happy to be found… not like some of the others!”

In the end, Tunnell and his peers have managed to turn a disheartening series of developments into something good, and they get to spend time on the beaches they love while at it.

After reading about the creepy dolls on Texas beaches, learn about the mysterious fanged creature that washed ashore in Texas. Then, read about the terrifying shoes with severed feet that appeared on a beach in the Pacific Northwest.