When "Mama" Cass Elliot died on July 29, 1974, rumors spread that she had choked on a ham sandwich. But it was later revealed that the singer had died in her sleep.

“Mama” Cass Elliot initially dreamed of becoming an actress but soared to hippie-era celebrity with The Mamas and the Papas when she was 24 years old. And her undeniable voice and permanent smile thrilled peers and fans alike — all the way until Cass Elliot’s death in 1974.

While “California Dreamin'” had beautifully encapsulated her 1960s generation to great success, Elliot had begun to feel like a stage prop. The harmonizing vocal group split up three short years after their overnight 1965 success, with Elliot determined to abandon the “Big Mama” image bestowed upon her — and go solo. 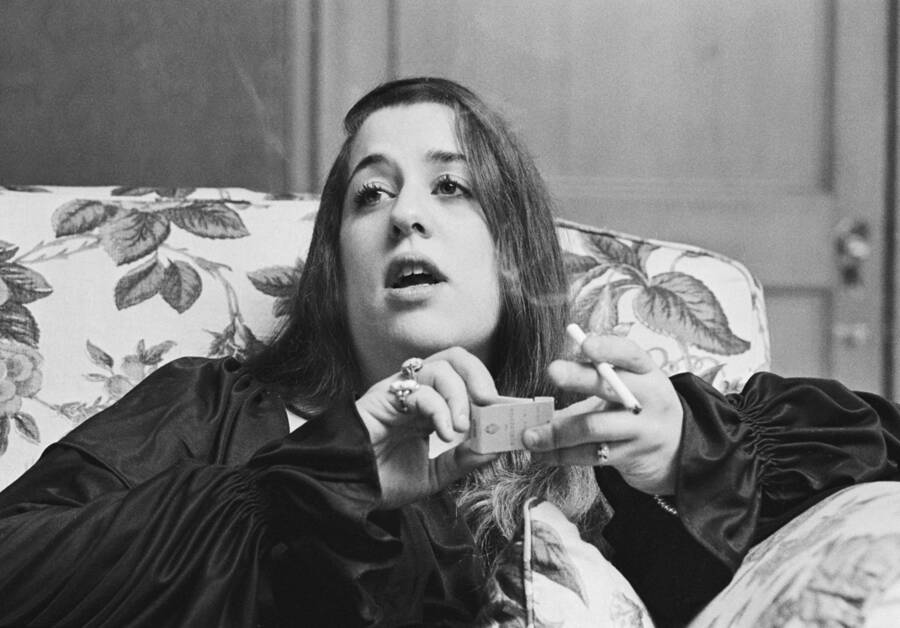 After years of struggling, Elliot finally felt she had accomplished that transition on July 27, 1974. She had just wrapped a two-week stint with nightly standing ovations at London’s Palladium, which stage manager Bobby Roberts recalled “was one of her lifetime ambitions.” However, Cass Elliot’s death would come just as her solo star began to rise.

“She was really up,” recalled producer Lou Adler of her final performance. “She felt she was opening a new career; she’d finally got together an act she felt good doing — not prostituting herself, but middle-of-the-road people enjoyed it and she enjoyed doing it.”

Found dead of a heart attack in her flat on July 29, she had called ex-bandmate Michelle Phillips mere hours earlier. “She had had a little champagne, and was crying,” said Phillips. “She felt she had finally made the transition from Mama Cass.” Tragically, rumors the 32-year-old died choking on food spread within hours.

The Mamas And The Papas

Born Ellen Naomi Cohen on September 19, 1941, in Baltimore, Maryland, Elliot was raised by opera-obsessive parents in a house full of music. While she pursued acting during her time at American University instead, she began singing with local bands and pursued that passion with vigor after falling for Denny Doherty. 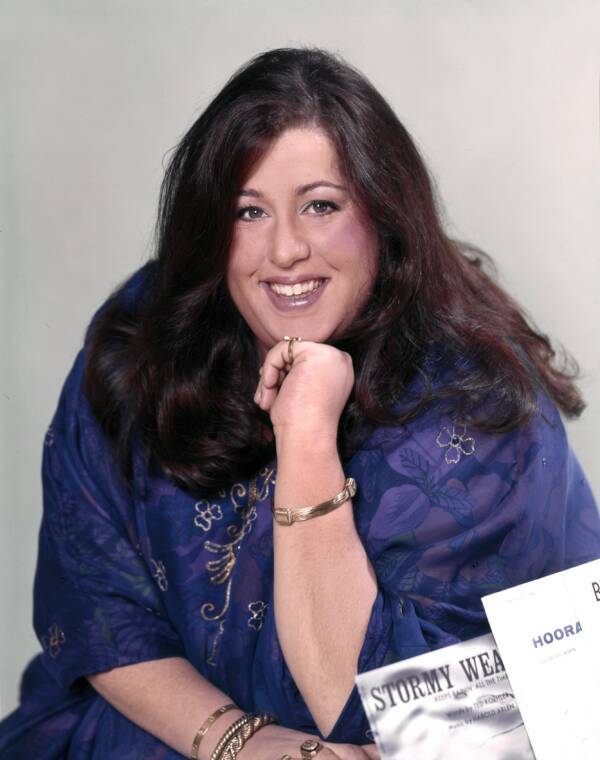 Donaldson Collection/Getty ImagesCass Elliot was hesitant to join The Mamas and The Papas due to her weight.

A member of the Mugwumps, Doherty would eventually form The New Journeymen with John Phillips and Michelle Gilliam. They would only find true success with Elliot, however, who had moved to New York City as a newfound graduate and worked whatever odd jobs she could to follow Doherty around town.

“She and Denny were friends — well, she was madly in love with Denny,” recalled John Phillips. “And she started following us around…Cass would get a job as a waitress in the nightclub ’cause we wouldn’t let her sit with us. She’d rehearse with us, and then we’d say, ‘OK, Cass, serve some … drinks, we’re going onstage.’

“Finally, we let her join the group.”

The foursome truly bonded during an LSD trip in the winter of 1964, however. After a few hours of singing together, the dynamic was too fitting to ignore. While Cass was initially insecure about joining the group due to her weight, “California Dreamin'” in 1965 led the band to new heights — and, eventually, a rocky end.

With Phillips and Gilliam recently married, Cass Elliot braved a proposal to Doherty who declined. While The Mamas and the Papas would release four lauded albums by 1968, Gilliam and Doherty started an affair that broke Elliot’s heart and eventually caused Phillips to boot his wife from the band. 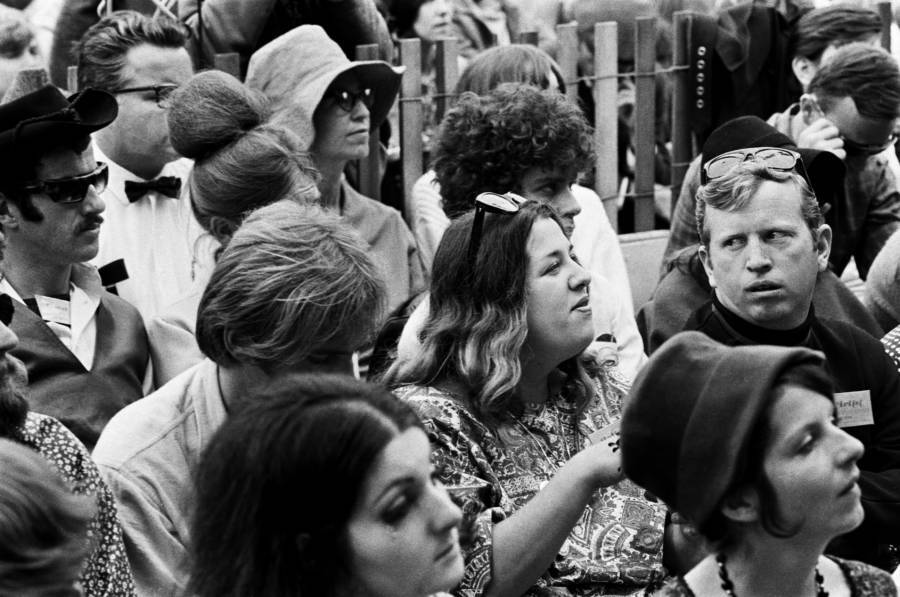 Festival, Michael Ochs Archives/Getty ImagesCass Elliot among the crowd at the Monterey Pop Festival in 1967.

Feeling trapped by the token “Big Mama” persona, Elliot began pondering a solo career to cast that image aside and showcase her solo talents. In the end, The Mamas and The Papas canceled their 1968 England tour and broke up. By the time of their failed reunion in 1971, Elliot had been making moves of her own.

As a newfound mother on a precarious career path, the shift from “Mama Cass” to Cass Elliot proved challenging. While she finished her solo debut the year the band broke up and found a hit in “Make Your Own Kind of Music” in 1969, her stage fright ruined her Las Vegas residency and led her to host talk shows.

Her duet work with Dave Mason in 1970 led to a critically panned album and equally disastrous tour. Elliot forged ahead, however, and returned to Las Vegas to find her footing at various nightclubs. Don’t Call Me Mama Anymore in 1973 became her official rallying cry.

Elliot had embarked on a volatile crash diet during this time. She fasted for several days at a time and lost more than 100 pounds — but collapsed prior to an appearance on The Tonight Show Starring Johnny Carson. Nonetheless, her London shows were a cathartic triumph fpr her. 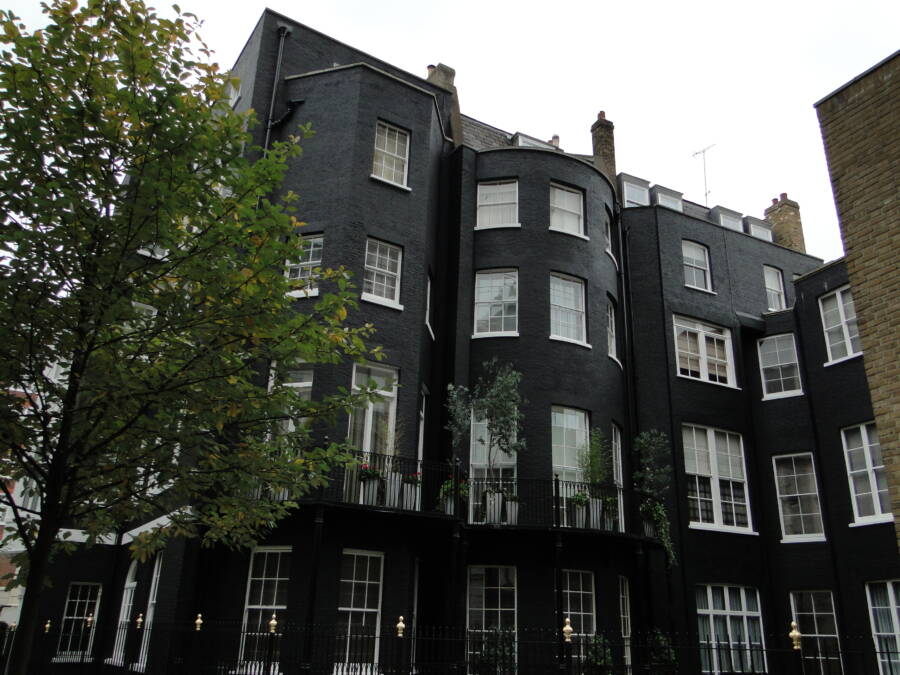 “I value my freedom to live and love as I want more than anything else in the world,” Elliot said in her final interview. “I never created the Big Mama image. The public does it for you. But I’ve always been different. I’ve been fat since I was seven … but luckily I was bright with it; I had an IQ of 165. I got into the habit of being independent.”

Elliot made Flat 12 at 9 Curzon Place in the affluent Mayfair district her temporary London home. She spent her Sunday on July 28 attending Mick Jagger’s cocktail party, but didn’t drink and returned to the apartment, loaned to her by her friend and peer Harry Nilsson. Flush with joy, she called Michelle Phillips and went to bed.

Several friends visited the next day but didn’t enter her room, thinking she was asleep. Only after repeated failure to contact her by phone by secretary Dot McLeod discover Elliot’s dead body. It remains unclear when precisely she died, while the date was inscribed as July 29 — and the cause as heart failure due to obesity.

An autopsy yielded no evidence of drugs in her system, and while coroner Keith Simpson found no blockage in her windpipe, the press latched on to varying rumors from an FBI assassination to dying while giving birth to John Lennon’s love child. Most vulgar of all was the rumor that Elliot had asphyxiated on a ham sandwich.

Debunking Urban Legends About The Death Of Cass Elliot

Simpson’s autopsy revealed Cass Elliot’s cause of death was a “left-sided heart failure” and “had a heart attack which developed rapidly.” Elliott was buried at Mount Sinai Memorial Park in Los Angeles, California. Her daughter Owen was only 7 when she died, forced to contend with the narrative that gluttony led to her mother’s death. 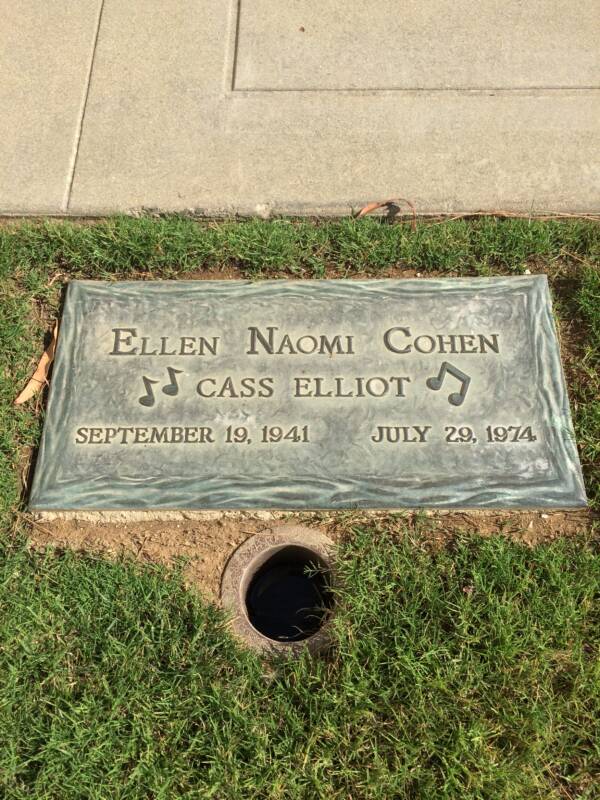 “It’s been hard for my family with the sandwich rumor,” she said. “One last slap against the fat lady. People seem to think it’s funny. What’s so darn funny?”

For Michelle Phillips, Cass Elliot’s death was unbearable. The two Mamas had been best friends and found creative fulfillment together, only for affairs of the heart to dissolve the group. Still, the tumult had brought the two women together more strongly than ever. In the end, Phillips found the silver lining — as Elliot would have.

“It was just so unbelievable that she died on the night that she had called me and been so happy and so fulfilled,” recalled Phillips. “It was wonderful for her that she had made that leap from Mama Cass to Cass Elliot, and I do know this one thing — Cass Elliot died a very happy woman.”