How Did Janis Joplin Die? Inside The Final Days Of The Hippie Icon

Janis Joplin died of a suspected overdose at just 27 years old on October 4, 1970 — but some close to her believe something else happened.

Janis Joplin’s death was ruled a heroin overdose, at least, according to the coroner’s official report. Discovered in her Hollywood hotel room on October 4, 1970, the rock and roll legend was clutching her cigarettes in one hand and money in the other. She was 27 years old.

One of the most gifted and talented singer-songwriters of the 1960s, Joplin had also suffered from serious substance abuse issues. Her friend Peggy Caserta recalled in her memoir, I Ran Into Some Trouble, that the two 20-somethings commonly shared the same batch of heroin.

All that was left of the star by October 7, however, was a cremated pile of ashes that her family privately scattered from a plane into the Pacific Ocean. It had only been a year since the counterculture icon bellowed out classics like “Piece of My Heart” for hundreds of thousands of fans at the 1969 Woodstock Festival. 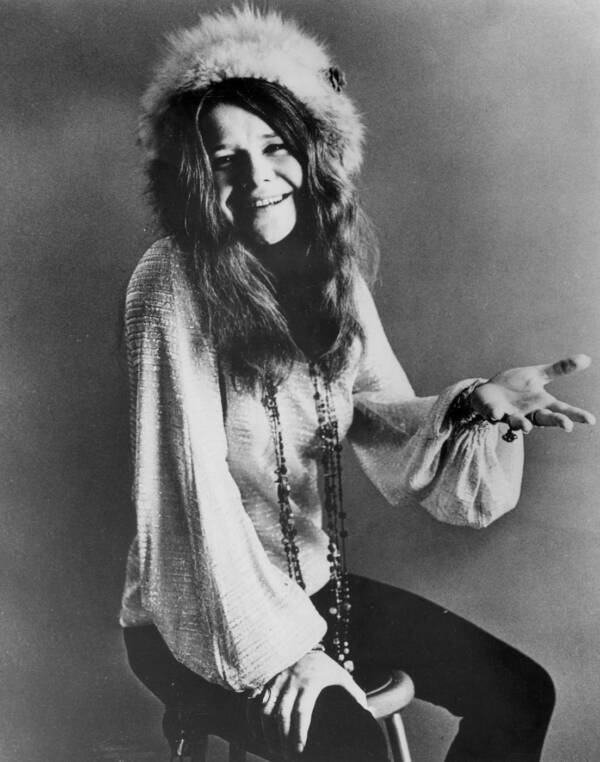 Wikimedia CommonsIn college, Janis Joplin reportedly often went barefoot and always had an autoharp on her.

But something bothered Caserta about her friend’s death. Shortly after Joplin died, rumors spread that she had overdosed on an unusually potent batch of heroin. Caserta asserted that she had used the exact same batch not long before Joplin’s overdose and said she found that theory “absurd.” More importantly, however, as an overdose survivor herself, Caserta said she was simply unconvinced by the scene at the hotel.

Investigators claimed that Joplin had taken a lethal dose of heroin only to purchase cigarettes in the lobby downstairs and return to her bed to die. But speaking from experience, Caserta said this was not possible. “You crumble to the floor. Like how they found Philip Seymour Hoffman.”

Half a century later, people are still asking: How did Janis Joplin die?

Being An Outcast Brought Janis Joplin To Music

The 1960s arguably yielded the most experimental shift in modern American music. The post-Eisenhower period birthed new trains of thought, sparked as much by psychedelic drug experimentation as by the social and cultural upheaval of the Vietnam War.

Columbia Records president Clive Davis recalled one particular moment that “made me intensely aware and excited about the new and future direction of music,” which was witnessing Janis Joplin for the first time.

At the time, Joplin was the lead singer of Big Brother and the Holding Company at 1967’s Monterey Pop Festival.

She was only 24 years old and Joplin seemingly arrived out of nowhere but had already garnered a reputation while attending the University of Texas at Austin. Unfortunately, it was one as a “creep” as much as it was a musical prodigy. 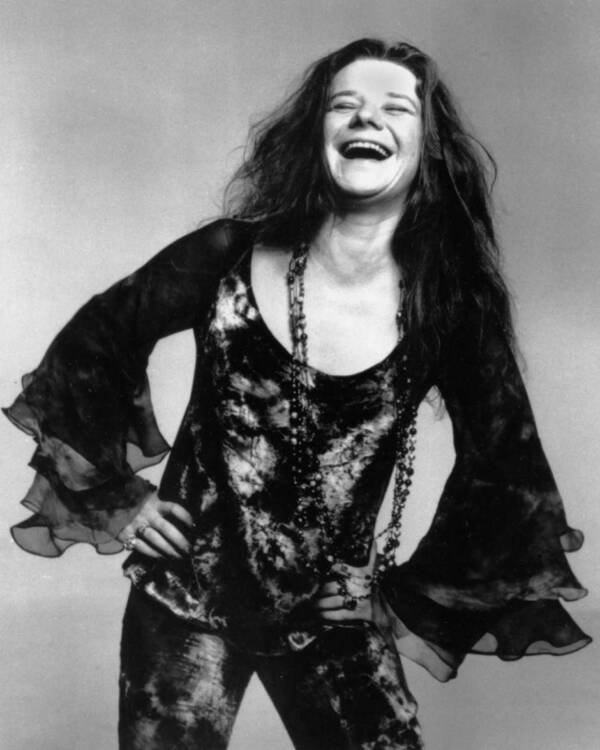 Wikimedia CommonsJanis Joplin was purportedly shy offstage but came into her own during performances.

Born in Port Arthur, Texas on January 19, 1943, Janis Lyn Joplin’s childhood as a social outcast made her gravitate to the blues. Davis said she “uniquely personified contemporary rock music in spirit, in talent and in personality.”

Determined to follow her passion for singing, she dropped out of college in January 1963 — and hitchhiked to San Francisco.

While on the road performing, Joplin curated a formidable drinking and methamphetamine habit. She also casually ingested psychedelics before ultimately finding heroin.

She met Caserta while browsing through her hippie clothing store in the Haight-Ashbury district in 1965. They became fast friends with matching vices.

“She was fun and outspoken and uninhibited,” recalled Caserta. “I always thought she was pretty, but she was considered not pretty, and a lot of women thought, ‘I have a chance too.'”

By 1966, Joplin’s career skyrocketed. Her talent had been noticed, and saw her become lead singer of Big Brother and the Holding Company. Joplin began touring, recording iconic work such as “Piece of My Heart,” and briefly dated a founding member of the Grateful Dead. By the time Woodstock arrived, her peers included Jimi Hendrix and David Crosby. 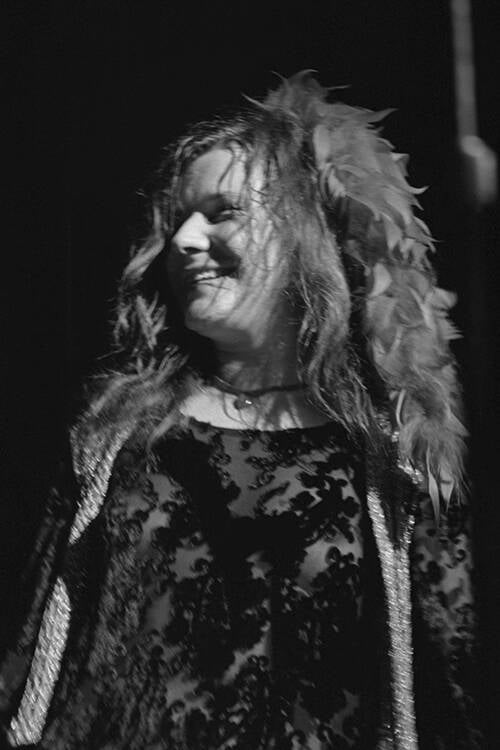 Peter Warrack/vintag.esThis is one of the last photos of Janis Joplin performing. She gave her last show at Harvard Stadium in Boston in 1970, just months before her death.

For concert promoter and friend Bill Graham, Joplin’s self-destruction was in part caused by this new-found fame. “She had a tremendous amount of assurance when she got it all together onstage, but offstage, privately, she seemed to be very frightened, very timid and naive about a lot of things,” he said. “I don’t think [she] ever knew how to handle success. I think it created problems for Janis.”

It was October 4, 1970, and Janis Joplin was late for a recording session. Determined not to let it go to waste, road manager John Cooke rushed to her room at the Landmark Motor Hotel in Hollywood. He planned to drag her out, but tragically had to let medics do it for him.

Joplin’s 1964 Porsche 356, which was virtually impossible to miss, was in the parking lot when he arrived. Purchased for $3,500, she had shelled out another $500 to have her roadie Dave Richards paint the “history of the universe” in every color of the rainbow on its exterior. 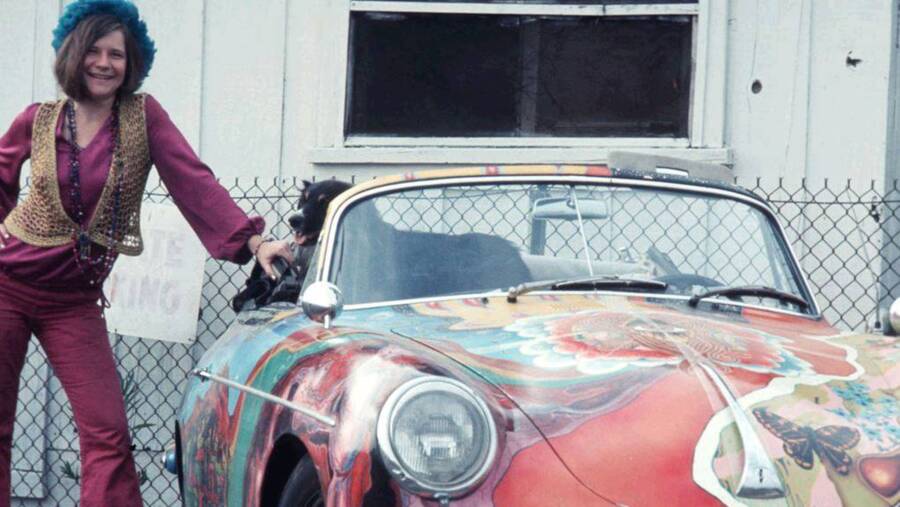 When Cooke entered Joplin’s room, he found her lying dead on her bed with change in one hand and cigarettes in another. Authorities also noted bottles of alcohol and a syringe but no drugs.

According to Los Angeles County coroner Thomas Noguchi, the missing evidence had been removed from the scene by one of Joplin’s friends — and returned when they realized that her drug use would show in the toxicology report anyway.

Noguchi concluded that Janis Joplin died of a heroin overdose that was compounded by alcohol. Cooke thought Joplin had been given an overly potent batch — which wasn’t entirely baseless. Other local users had purportedly overdosed from it that weekend. 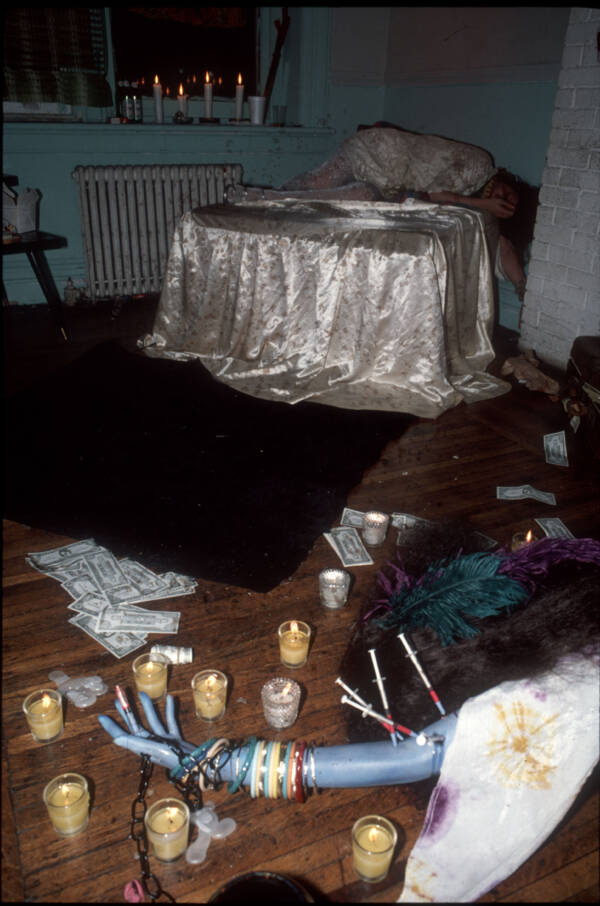 The Medical Examiner’s Office of New York County confirmed that heroin overdoses are usually slow — and only occur rapidly when combined with other drugs. Friedman believed Joplin got high, walked to the hotel lobby to get change for her cigarettes, and then died in bed. But that narrative appeared ludicrous to people like Peggy Caserta.

According to her memoir, Caserta had arrived at the scene shortly after police and saw her friend’s lifeless body. After years of addiction and getting sober, she reflected on the scene. “I saw her foot sticking out at the end of the bed,” she said. “She was lying with cigarettes in one hand and change in the other. For years it bothered me. How could she have overdosed and then walked out to the lobby and walked back?”

Bettmann/Getty ImagesJanis Joplin performing at the Festival for Peace at Shea Stadium with the Full Tilt Boogie Band on August 6, 1970.

“I let it go for years, but I always thought, ‘Something is wrong here.'”

Caserta posited instead that Janis Joplin’s cause of death was due, instead, to an accident. She suggested that the “tiny hourglass heel” on Joplin’s sandal got stuck on the shaggy carpet. She then tripped and broke her nose on the nightstand, after which she dozed off and asphyxiated on her blood. “The idea that [Joplin’s heroin] was so much stronger — there’s no gold standard,” she said. “It was absurd.”

Some Still Contest Janis Joplin’s Cause Of Death

When Janis Joplin died, she left behind a creatively pristine legacy with a voice that bellowed out the collective desires of a generation. She died in her prime, joining the ranks of other talented performers who were taken at her age known as the notorious 27 Club, which included Jimi Hendrix and would include Kurt Cobain and Amy Winehouse.

Hendrix died just 16 days earlier. For Graham, the metaphysical connection “as far as timing is concerned, that it’s in the stars or something,” was pure nonsense. 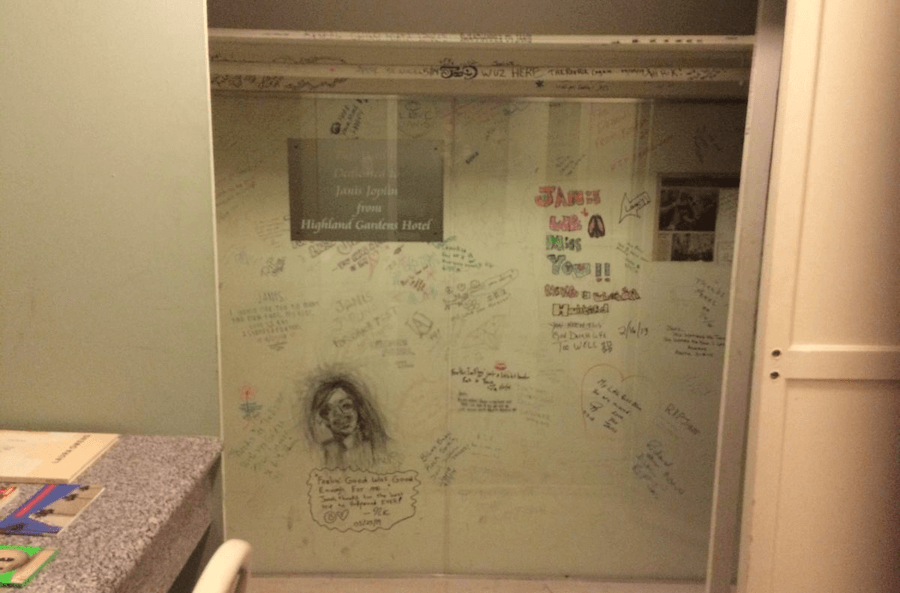 Trip AdvisorRoom 105, where Janis Joplin died, is filled with fan messages and a commemorative plaque.

“Hendrix was an accident — and Janis, nobody knows yet,” he said at the time. “I’m sure that somebody has thrown the I Ching [at it] or somebody is turning over the pages of some book and reading the charts and looking through the stars and saying, ‘I knew it, I knew it.'”

After Janis Joplin’s death, she was inducted into the Rock Hall of Fame in 1995 and given a lifetime achievement Grammy Award in 2005. Even the now-Highland Gardens Hotel where she died has memorialized her with a brass plaque in room 105’s closet. As her life is celebrated, Janis Joplin’s cause of death becomes almost unimportant:

“Does it matter at this late date? In some ways maybe it doesn’t,” said Caserta of how Janis Joplin died. “But what matters is the truth, and the truth is that she didn’t overdose. I will go to my grave believing that. God knows I’ve been there several times.”

After learning about Janis Joplin’s death, read about the chilling mystery behind actress Natalie Wood’s death. Then, explore how Sharon Tate went from Hollywood starlet to Manson Family victim.