Inside The Short And Tumultuous Life Of Gia Carangi, “The World’s First Supermodel”

After moving to New York in 1977, Gia Carangi became one of the most sought-after models in fashion and a fixture of Studio 54 — but her life quickly unraveled.

On the surface, Gia Carangi seemed to have it all. In the late 70s and 80s, Carangi owned the spotlight and had droves of adoring fans. 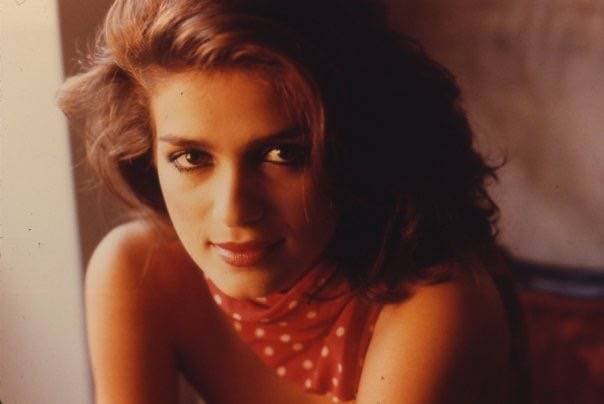 Harry King/WikipediaGia Carangi in a 1978 photoshoot by photographer Harry King.

It’s said that she added the “super” in supermodel to describe how exponentially successful she had been in her career. Known for an edgy personality and a smoldering stare, the world was Carangi’s catwalk.

But the very attitude and wild side of America’s first supermodel which made Gia Carangi so desirable also made her a great danger to herself. This would be her undoing. 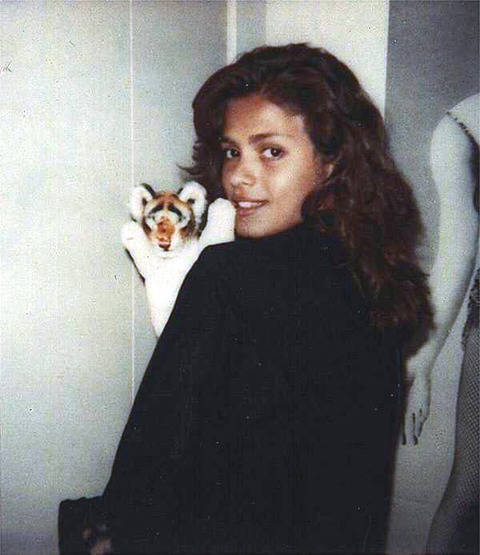 Gia Marie Carangi was born on January 29, 1960, in Philadelphia to an Italian-American father, Joseph, who owned a tiny restaurant called Hoagie City. Her mother, Kathleen Carangi, was a homemaker.

Carangi’s parents separated in 1971. Those close to Carangi, including herself, have admitted that this divorce had a lasting impact on her attitude.

Her two brothers, both older than her, moved out and lived with their mom while Carangi stayed with her father. She spent her summers behind his counter, attending concerts like your run-of-the-mill high schooler. 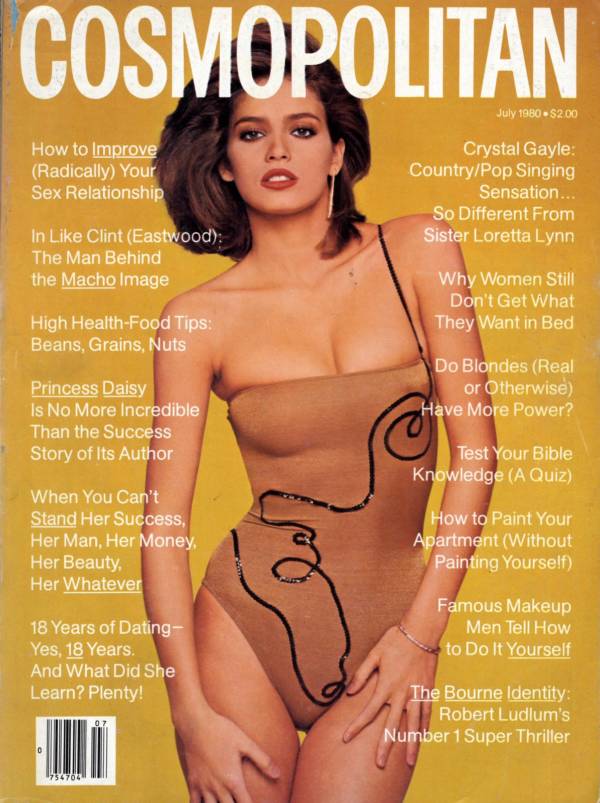 It was in the summer of 1978 that a local photographer and hairdresser, Maurice Tannenbaum, asked the dark-haired beauty to pose on the dance floor after spotting her at a local nightclub. Carangi’s dark, tomboyish looks, 34-24-35 measurements, and perfect face were an ideal match for the fashion world which at the time was overrun with willowy blondes.

Tannenbaum passed on Carangi’s photos to legendary New York department store Bloomingdale’s photographer, Arthur Elgort. Before Carangi knew it, she was the talk of New York.

“I started working with very good people,” Gia Carangi confided in a 1983 interview. “I mean all the time, very fast. I didn’t build into a model. I just sort of became one.”

A Meteoric Rise To Fame

Gia Carangi’s first photoshoot at the Philadelphia nightclub, back when she was just 16, was the beginning of her meteoric rise to stardom, and life only moved faster once she moved to New York.

Carangi signed with Wilhelmina Cooper, a legendary fashion agent and owner of her own modeling agency. Wilhelmina became a kind of mother figure to Carangi.

Francesco Scavullo, a leading fashion photographer of the day and who would become a personal friend of Carangi’s, gushed of her:

“There was something she had… no other girl has got it. I’ve never met a girl who had it. She had the perfect body for modeling: perfect eyes, mouth, hair. And, to me, the perfect attitude: ‘I don’t give a damn.'”

That attitude proved to be both what was so enticing and dangerous about Carangi. 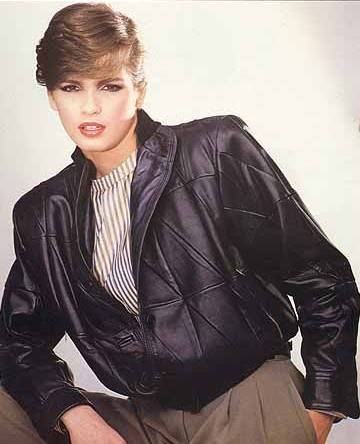 Her androgynous look was in part due to her sexuality. Described in some instances as aggressive and others as vulnerable, Carangi seemed to have a need to be loved — and mostly by women.

Those who had worked with her said it wasn’t uncommon for her to fall in love with the models she shot with. On a shoot for photographer Chris von Wangenheim, which would become wildly popular, Carangi posed nude up against a fence with makeup artist and model Sandy Linter.

The two would embark on a passionate though unrequited love affair. 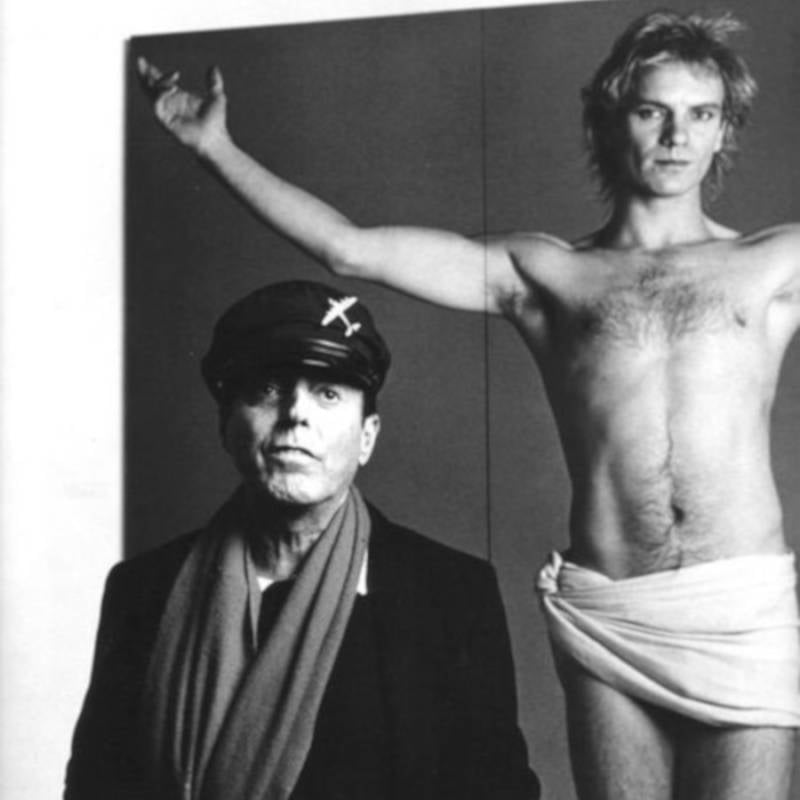 Indeed, Gia Carangi appeared insatiable both in her love life and in her recreational drug use. As a teen, she was already hooked on marijuana, cocaine, and quaaludes.

Carangi went on to model for Christian Dior, Giorgio Armani, Versace, Diane Von Furstenberg, Cutex, Lancetti, Levi’s, Maybelline, Vidal-Sassoon, and Yves Saint Laurent — to name a few. At the age of 18, Carangi was making $100,000 a year. It was more than any other model at the time, leading many fashion historians to dub her the world’s first supermodel.

She then landed on the covers of Vogue and Cosmo starting in 1979.

“A model has to create moods,” Carangi said of her talent, “You have to be careful not to get stuck in a mood – emotions have trends just like fashion … I become what ever your eye wants to see. It’s my job.”

But Gia Carangi remained hard to control. Though it was her edgy attitude that drew people to her, Carangi was also tough to work with. A diva by age 18, she would walk off shoots if she wasn’t feeling it, or would cancel weeks of work if she didn’t like her haircut.

Carangi would chow down on barbecue chicken while wearing a dress worth thousands of dollars. She was also transparent about her drug use, discussing it openly in interviews and partying often with other stars and socialites at Studio 54.

But there was also a deep loneliness in her, returning to her apartment alone after work, and constantly searching for love. “I am finally really starting to dig being different. Maybe I am discovering who I am. Or maybe I’m just stoned again,” she admitted. 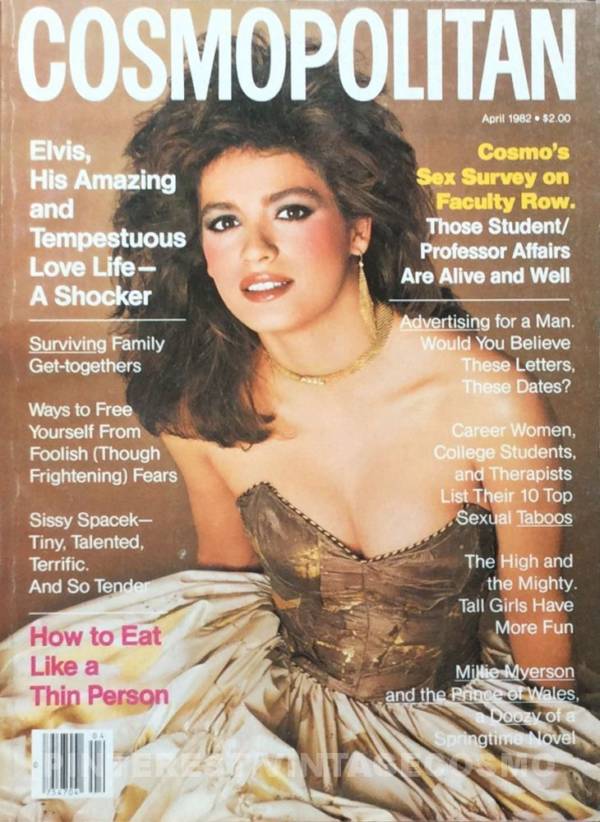 Cosmopolitan Gia Carangi’s last cover for Cosmo in 1982. Her arms are hidden because of heroin use.

The supermodel would go from a $10,000 photo shoot to a “shooting gallery”, or seedy locale where one can shoot up heroin, on Manhattan’s Lower East Side.

In 1980, Wilhelmina died and sent Carangi into a spiral. Already using heroin, the supermodel delved deeper into her habit. During a shoot that year for Vogue with famed portrait photographer Richard Avedon, Carangi escaped through a window. Though incensed, the magazine gave her a second chance at the shoot, but when the pictures came back they revealed track marks and red bumps all over the model’s arms.

In 1981, she was arrested for driving under the influence of a narcotic.

In May of that same year, 21-year-old Carangi needed to get hand surgery because “she had injected herself in the same place so many times that there was an open infected tunnel leading into her vein,” her biographer Stephen Fried documented.

For her final Cosmo cover photo in early 1982, fashion photographer Scavullo covered up the track marks on her arms by having her put her hands behind her back. The dress she wore was poofy enough to cover up the scars of her habit. The model also angled her face to cover up the bloating.

Her brother, Michael, recalled his little sister’s behavior and laments: “The biggest mistake we made was that nobody went up there with her. She could’ve used a friend.”

Gia Carangi left her modeling agency, tried to stay afloat at another, but wound up returning home to Philadelphia to live with her mother at a final grasp at finding sobriety.

Gia Carangi was blackballed from New York’s agencies and although magazines gave her several last chances, the model could not pull herself together. One of her final shoots appeared in Vogue in 1982 and was photographed by Andrea Blanch.

By the end of that year, Carangi had become so volatile that she couldn’t get booked for jobs. No one wanted to work with the wild child any longer.

She had a successful go at rehab for about a year following in Philadelphia. By this time she was broke and receiving rehabilitation from welfare.

Meanwhile, model Cindy Crawford came on the scene as a newer, more put together version of Gia. Crawford admitted to Playboy that many of her jobs came from those who loved Carangi and were hoping to replace her.

In the fall of 1986, Carangi was hospitalized. It became apparent that she had been sleeping outside in the rain and had been badly beaten up and raped. Blood tests showed she was suffering from AIDS-related complications.

On November 26, 1986, America’s first supermodel died of those complications, though her mother was by her side.

Carangi’s meteoric and tumultuous career were immortalized in the HBO movie Gia that starred Angelina Jolie nearly a decade later in 1998. Jolie said of the model herself after portraying her, “You think, ‘God, she didn’t need drugs — she was a drug.'”

Carangi seemed to be somewhat cognizant of her brilliant, though short, career. She said forebodingly in an interview before her demise: “Modeling is a short gig.”

After this look at Gia Carangi, read about who some believe was America’s first “it” girl, Audrey Munson. Then, take a look at the strange and sad story of the French fitness model who was killed by an exploding whipped cream can.