The Tragic Tale Of Audrey Munson, America’s First Supermodel Who Died In A Mental Asylum

Audrey Munson's statuesque likeness can be seen throughout New York City to this day. Unfortunately, her own success didn't last long. 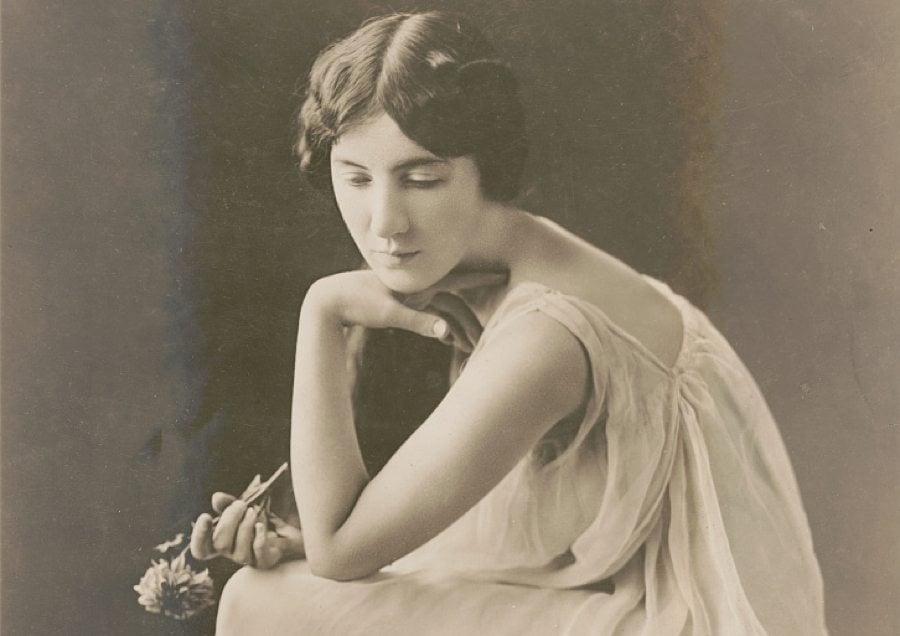 Library of CongressAudrey Munson in 1916.

Five hundred and eighty feet above the city streets and perched atop Lower Manhattan’s Municipal Building rests a 25-foot-tall statue known as Civic Fame. Designed by German-born sculptor Adolph A. Weinman, the piece is just one of many still-standing statues for which model Audrey Munson served as muse — that is, before she was committed to a mental asylum, where she would die alone at the age of 104.

To refer to Munson simply as a model would be dismissive, as the iconic Gilded Age star more realistically created the template for the modern-day “triple threat.” Starring in the country’s earliest films, many of which she appeared in nude by choice, Munson also inspired countless works of art and is still regarded as America’s first supermodel.

In his 2016 book, The Curse of Beauty: The Scandalous & Tragic Life of Audrey Munson, America’s First Supermodel, author James Bone invites readers to have a look at the life of the eccentric star — a life which was full, at times surreal, and eventually tragic.

“Audrey was the proto-celebrity in America,” Bone said in a recent interview featured in Broadly. “She was a hyphenated model-actress-movie star. She was also the original Hollywood flame-out. As the first American movie star to go fully naked on screen, Audrey would have appreciated Kim Kardashian’s nude tweets — although she would probably have found them quite tame.” 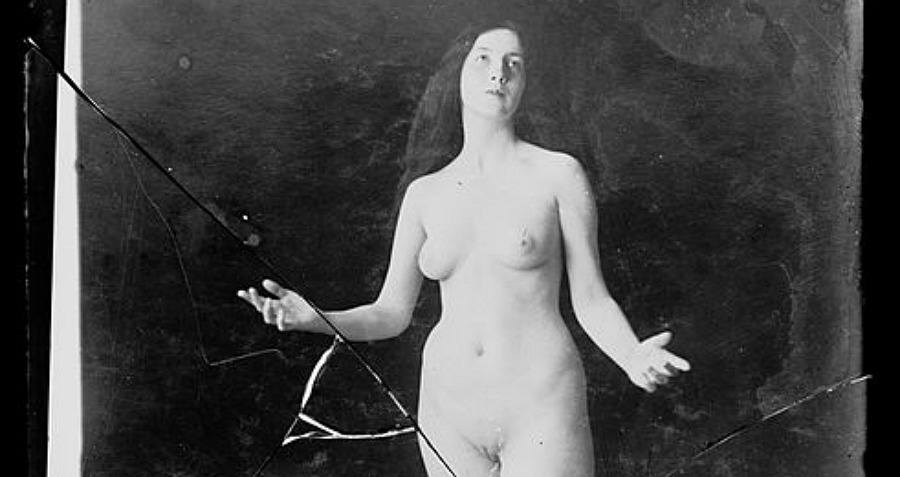 Born in Rochester, New York in 1891, Munson moved to New York City when she was still a teenager. Munson’s mom, Kitty, had big plans to make her daughter a star, an aspiration that became realized after a photographer spotted the young beauty in a Fifth Avenue store window.

This led to Munson’s initial collaborative work with various photographers and sculptors — all drawn to her tall, photogenic frame and “neoclassical” features — before eventually culminating in the film work that made her famous.

One stand-out film, a 1915 movie called Inspiration, was loosely based on Audrey Munson’s own life story. In it, she would appear entirely nude in one very key scene that landed Munson her own page in history, if you will, as the first high-profile American actress to appear nude in a film.

Despite her widespread fame, Munson’s finances more closely resembled someone down and out than a woman whose likeness can still be seen in some of Manhattan’s most expensive neighborhoods. Earning only $30 a week modeling, her minimal fortune would simply not be enough to carry her once her popularity declined.

And that came soon enough.

By the 1920s, she had publicly fallen out with powerful players in the worlds of theater as well as the press. And when Modernism came into fashion, Munson simply became an unwanted commodity, forcing both she and her mother back upstate nearly penniless.

The pair settled in a small town called Mexico, New York, just outside of Syracuse. With no savings to speak of, Munson took work as a waitress.

A Descent Into Mental Illness

It was during this time that she began to demonstrate signs of mental illness– such as her insistence on being known as “Baroness Audrey Meri Munson-Munson.”

She blamed her downfall on Jewish people and her outspoken anti-Semitism led her so far as to contact the US House of Representatives, insisting that they create a law that would protect her from “the Hebrews.” 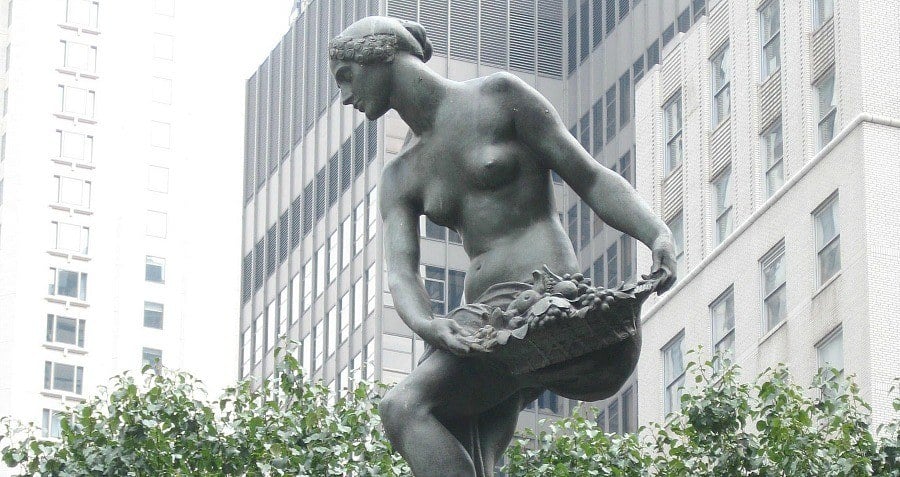 WikipediaThe Pomona statue, based on Audrey Munson, in the Pulitzer Fountain outside the Plaza Hotel in New York.

At the age of 40, Munson was sent even further upstate to Ogdensburg, along the Canadian border. There, she would reside at St. Lawrence State Hospital, where she would live for many years.

Toward the tail end of her life, the hospital threw Audrey out to make room for incoming patients, and moved her to a nearby nursing home. Audrey Munson eventually ended up back in the rooms at St. Lawrence, where she died at the age of 104.

In addition to Civic Fame, other New York works of art that Audrey Munson helped inspire can be seen outside of the Plaza Hotel in the Pulitzer Fountain, at the Maine Monument in Columbus Circle, the archway of the Manhattan Bridge, the New York Public Library, the Frick Museum, and in various works nestled in the Upper West Side.

Intrigued by this look at Audrey Munson? Next, read the saga of Frances Farmer, another tragic beauty. Finally, step inside Bedlam, London’s notoriously horrific asylum.