Nine notebooks forgotten in a dusty box have uncovered the identity of Detective X, the crime-fighting forensic genius of the 1930s. 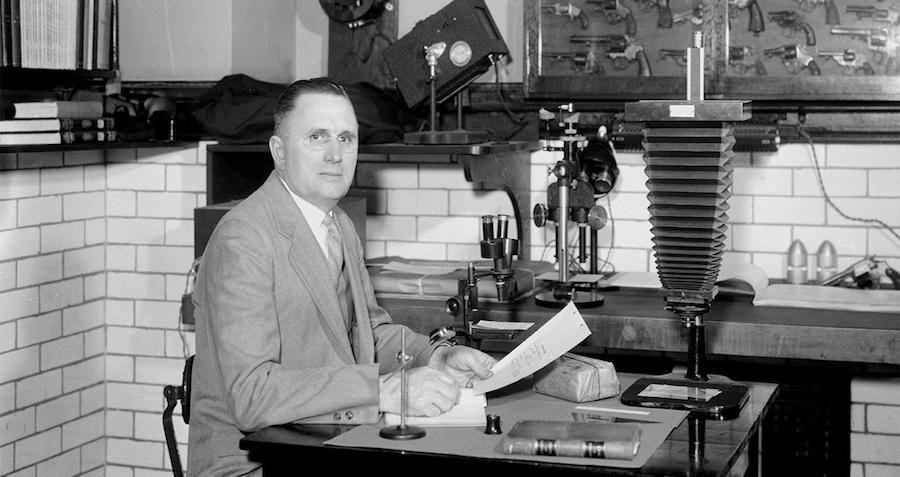 The identity of Detective X — the secret crime-fighter who helped police solve dozens of cases over the course of decades with the aid of pioneering science — has finally been revealed.

He specialized in measuring things very, very accurately, according to National Geographic, a skill that came in handy when it came to giving expert testimony in the burgeoning field of investigative forensics.

Out of a fear of reprisals and apprehension about endangering his family, Souder insisted on keeping his time moonlighting with police agencies around the country a secret while working his day job.

That does not mean that he wasn’t prolific and brilliant in solving crimes. For example, Souder once determined who kidnapped the infant son of aviator Charles Lindbergh in 1932 by analyzing the handwriting on the ransom note, National Geographic reports. At the time, this kind of analysis was a revolutionary idea, one nobody could have even imagined.

The Lindbergh case is actually how Souder’s double life as Detective X came to light. Souder is renowned within NIST for founding the dental materials research program, but his biography contains an off-the-cuff remark about aiding the search for the Lindbergh baby.

“Why in the world would someone like him be involved in the Lindbergh case?” Frederick-Frost told National Geographic. “That didn’t make sense … you don’t do anything, and then all of a sudden you’re involved in one of the biggest cases of the century?”

Frederick-Frost eventually discovered nine notebooks that belonged to Souder in a forgotten box in the agency’s archives.

Just as their previous owner often did, these notebooks blew the Detective X case wide open with ease.

Next, read up on the recent discovery that could help solve the Amelia Earhart mystery once and for all.