The True Story Of Ernesto Fonseca Carrillo, The Cartel Lord Who Built A Massive Drug Empire

Better known as Don Neto, Ernesto Fonseca Carrillo trafficked tens of thousands of tons of marijuana and cocaine in the 1980s before the execution of a DEA agent brought his empire down. 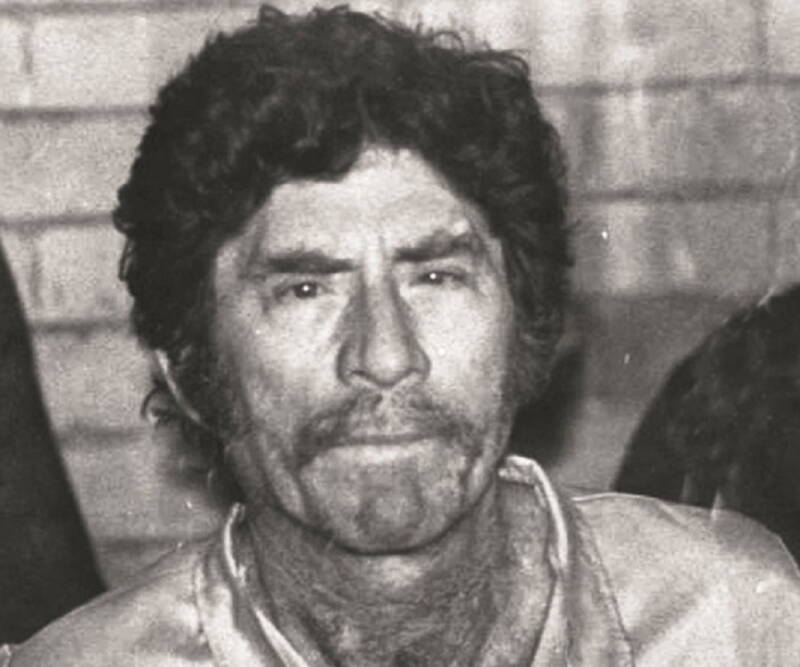 HistoriaDelNarcoYCorridos/FacebookErnesto Fonseca Carrillo was eventually sentenced to 40 years in prison after federal authorities caught up to him.

As an aging convict long ago captured by Mexican authorities, Ernesto Fonseca Carrillo poses little threat to his fellow countrymen today. In the 1980s, however, the former drug lord controlled the infamous Guadalajara Cartel and wielded enormous power. Carrillo had anyone who opposed him killed — even American officials.

The cartel had the largest marijuana plantation in history on Rancho Búfalo (or Buffalo Ranch) and imported metric tons of Columbian cocaine to traffic into America. As shown in Narcos: Mexico, it annually raked in $5 billion until Carrillo was involved in the torture and murder of a DEA agent and governments on both sides of the border finally retaliated.

The Rise Of Ernesto Fonseca Carrillo

Sources differ on when Ernesto Fonseca Carillo was born. Some say he was born on August 1, 1930, in the village of Santiago de los Caballeros in the city of Badiraguato in the Mexican state of Sinaloa. However, the DEA believes Carillo, otherwise known as Don Neto, was born more than a decade later in 1942. 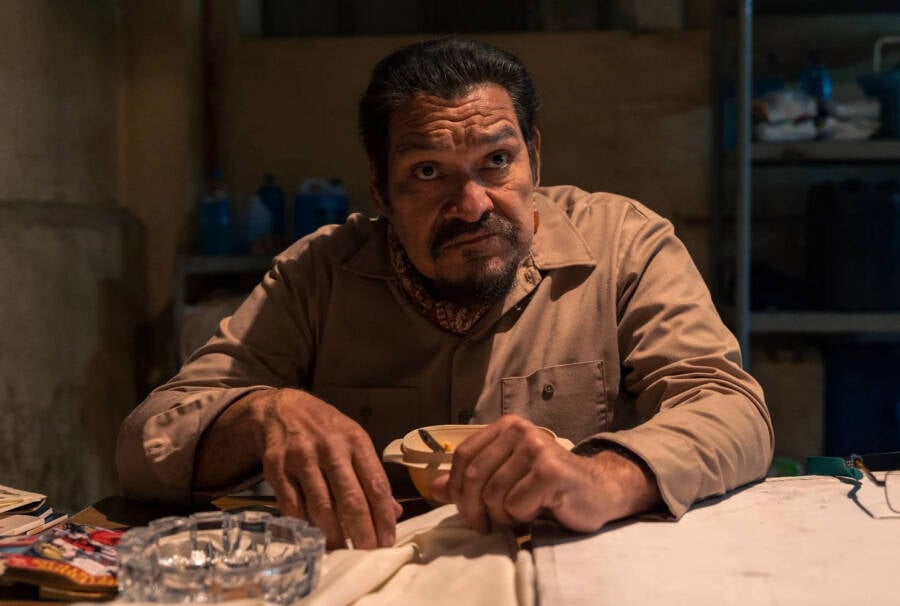 Carrillo began trafficking drugs out of Ecuador in the 1970s as the country was just as capable of turning coca leaves into cocaine as Colombia. The latter mostly relied on Florida as its gateway into the U.S., but increased vigilance by American officials led groups like the Cali Cartel to find alternatives — like Mexico.

This coincided with a shifting of powers across Mexico. Ernesto Fonseca Carrillo was working for Sinaloan drug lord Pedro Avilés Pérez until the latter died in a shootout with the Federal Judicial Police. While he took control of the trafficking routes, the government’s Operation Condor program saw Sinaloan narcos move to Guadalajara.

It was in this city in Jalisco where Carrillo, Quintero and Gallardo united. Gallardo was already turning government officials into bribed assets while Quintero had known Carrillo since his days in Sinaloa. By 1980, La Federación was fully operational with Colombia relying on its infrastructure to keep trafficking cocaine.

La Federación used its leverage to demand as much as 50% of the cocaine it was moving for the Colombians and was seemingly untouchable. In 1981, however, the DEA sent Special Agent Enrique “Kiki” Camarena to infiltrate the cartel. 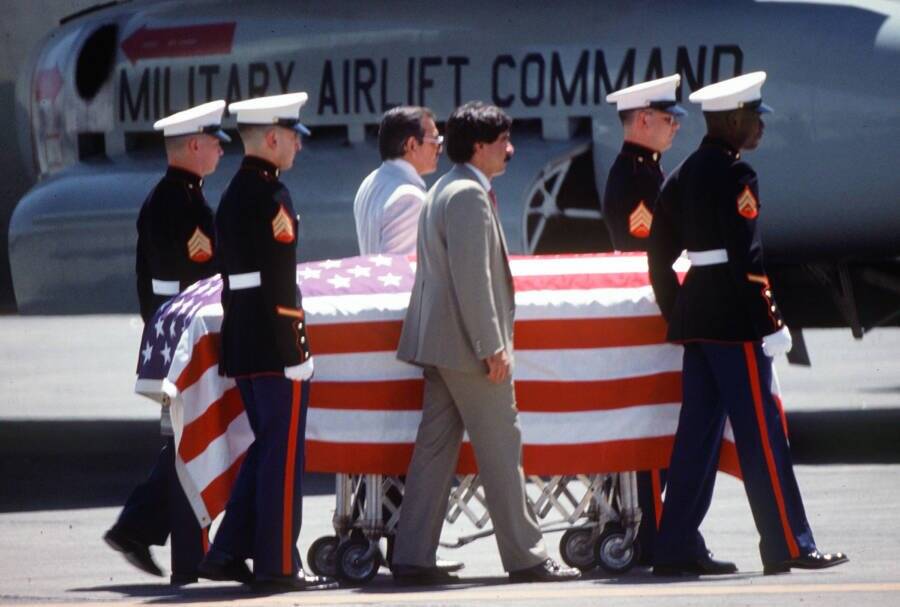 Camarena learned a lot over the next four years — he even found and destroyed Rancho Búfalo’s marijuana crops. In 1982, the DEA learned that Gallardo was laundering $20 million per month through a Bank of America in San Diego, California. The cartel, meanwhile, tragically uncovered Camarena’s true identity.

He was last seen alive on Feb. 7, 1985, as gunmen abducted him outside Guadalajara’s U.S. Consulate. His body was found in March on the outskirts of the city — he had a hole drilled in his skull and broken ribs. Mexico’s government subsequently launched Operation Leyenda to squash the cartel once and for all and arrest its founders.

Don Neto Goes To Prison — And Gets Out

While the DEA had already charged Ernesto Fonseca Carrillowith the money laundering operations in San Diego in 1982, he had fled back to Mexico and resumed operations in hiding. He was finally arrested by the Mexican Army in a Puerto Vallarta villa. It had been two months since Camarena’s murder, which he reportedly confessed to.

Quintero had been arrested three days before Carrillo while sleeping in a Costa Rican mansion in Alajuela. Gallardo managed to evade justice until Mexican authorities arrested him on April 8, 1989. All three founders of La Federación were charged with the kidnapping and murder of Camarena and sentenced to 40 years in prison. 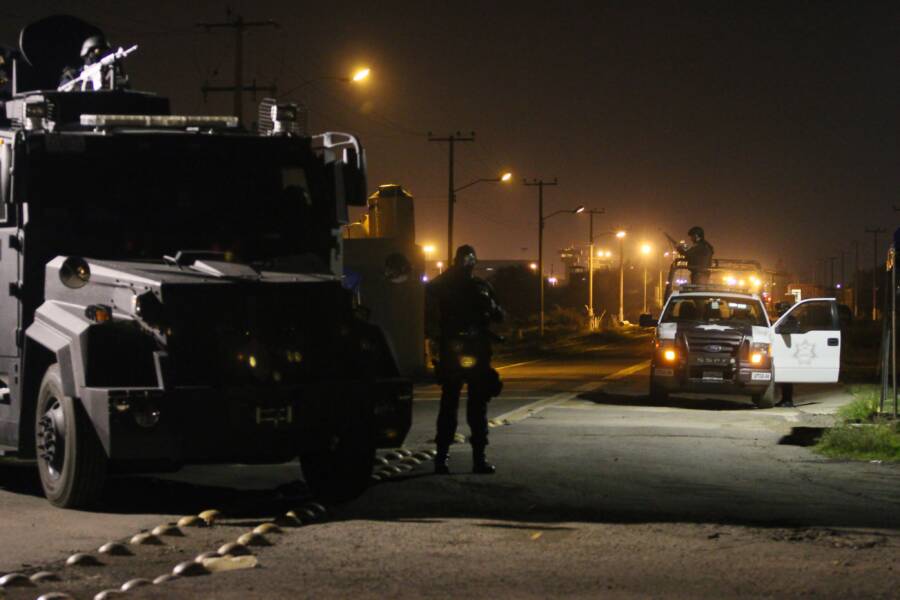 Quintero’s conviction was overturned on Aug. 9, 2013, however, when an appeals court ruled his trial should have been held at a state level and not in federal court. By the time the Supreme Court overruled this and issued an arrest warrant, he was on the run — and remains on the FBI’s Ten Most Wanted Fugitives list.

Gallardo, meanwhile, remains behind bars in the Puente Grande state prison in Jalisco. Partially paralyzed, half-blind and deaf in one ear, the 76-year-old continues to deny any involvement in Camarena’s murder. As for Carrillo, the former drug lord was released by an appeals court in July 2016 due to declining health.

He’s currently finishing up the final few years of his 40-year sentence on house arrest, and reportedly isn’t even required to wear a monitoring bracelet. For federal prisons chief Eduardo Guerrero and countless civilians, that decision was nothing short of astonishing.

“From the government’s perspective, we believe it is not right that someone who did so much damage to this country is today serving the end of this sentence on the outside,” said Guerrero. “He did a lot of damage to society and he should still be, according to all the studies, inside a federal prison.”

After learning about Ernesto Fonseca Carrillo, read about Eddie Nash, the Palestinian immigrant who became a cocaine kingpin. Then, learn about the murder of Maurizio Gucci.