The Godfather of the Guadalajara Cartel, Miguel Ángel Félix Gallardo spent 18 years growing his empire. But the brutal murder of an undercover DEA agent who infiltrated his cartel would be his downfall.

He’s been hailed as “El Padrino” and he’s fascinated many thanks to his complex portrayal in Netflix’s Narcos: Mexico. But Miguel Ángel Félix Gallardo is far from innocent. The Godfather of the Guadalajara Cartel has written as much in his own prison diary, published by Gatopardo magazine in 2009 under the headline “Diaries of the Boss of Bosses.”

Félix Gallardo wrote openly about trafficking cocaine, marijuana, and heroin. He also recounted the day of his capture by Mexican authorities. With a tinge of nostalgia, he even referred to himself as one of the “old capos.” But he denied any part in the brutal murder and torture of the DEA agent Kiki Camarena — the crime for which he is still currently in prison.

In Narcos: Mexico, Félix Gallardo’s transformation into a drug lord seems almost accidental. In reality, the Guadalajara Cartel leader was the “boss of bosses” whose eventual arrest triggered a massive drug war. 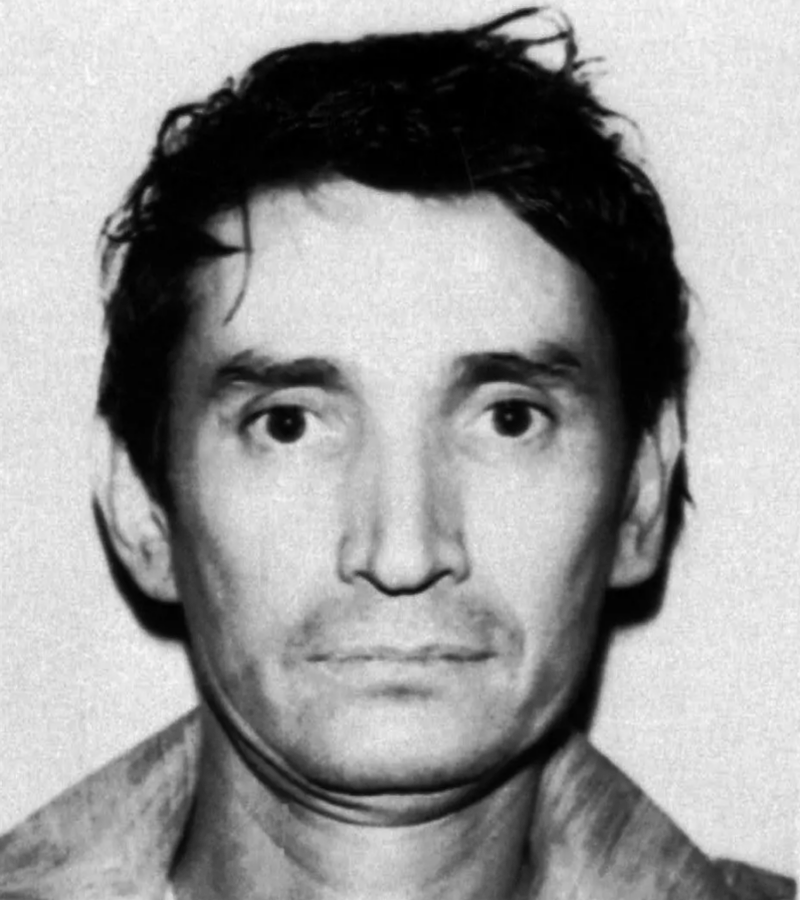 In his diary, Félix Gallardo is not all cartels and cocaine. He recalls in earnest his childhood in poverty and the general lack of resources and opportunities that were available to Mexican nationals like him and his family.

“Today, the violence in the cities needs a program of national reconciliation,” he writes. “There needs to be a reconstruction of villages and ranches to make them self-sufficient. There needs to be assembly plants and credit at low interest, incentives for cattle and schools.” Perhaps it was his early years of destitution that led him to pursue a life of crime.

Miguel Ángel Félix Gallardo was born on January 8, 1946, on a ranch in Sinaloa, Mexico, a state in Northwestern Mexico. He joined the police force at 17 and started working for the government as a Mexican Federal Judicial Police agent.

Félix Gallardo’s department was infamous for being corrupt. Perhaps desperate to find stability and make more money after a childhood of destitution, Félix Gallardo turned to the narcos for a way out of poverty.

While working as a bodyguard for Sinaloa governor Leopoldo Sánchez Celis, Félix Gallardo met Pedro Áviles Perez. He was another bodyguard to the governor — but he was also known to have been a drug smuggler.

Before long, Áviles Perez was recruiting Félix Gallardo for his marijuana and heroin enterprise. And when Áviles Perez died in a shoot-out with the police in 1978, Félix Gallardo took over the business and consolidated Mexico’s drug trafficking system under a single operation: the Guadalajara Cartel.

Miguel Ángel Félix Gallardo would then become known as “El Padrino,” or “The Godfather,” of the entire criminal organization.

Included in their massive drug empire was the jaw-dropping Rancho Búfalo marijuana plantation, which reportedly measured up to 1,344 acres and produced up to $8 billion in product every year, according to The Atlantic.

The Guadalajara Cartel was so successful that Félix Gallardo decided to expand his organization. He even partnered with the Cali Cartel and the Medellín Cartel of Colombia to export his products to Tijuana. 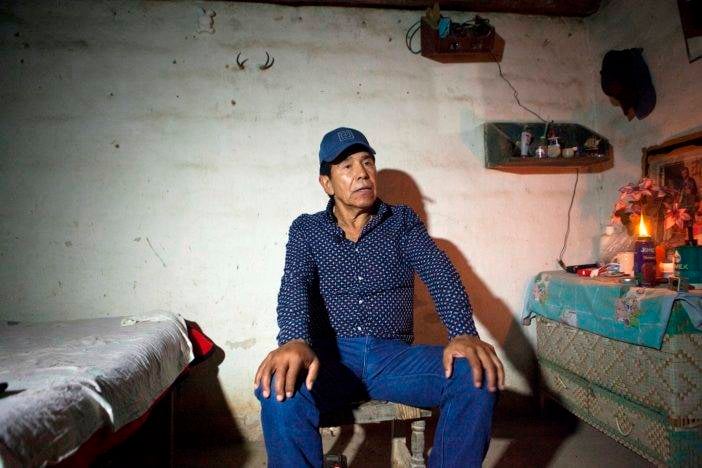 Though Narcos: Mexico depicts a crossover meeting between Félix Gallardo and the infamous Colombian drug lord Pablo Escobar, it is extremely unlikely that this actually would have happened, according to experts.

Still, there’s no doubt that Félix Gallardo’s partnership with other cartels strengthened his business. And it helped even more that the Mexican DFS (or Direcci’on Federal de Seguridad) intelligence agency protected the Guadalaraja Cartel from getting into serious trouble along the way.

As long as Félix Gallardo paid the right people, a ring of corruption kept his team out of jail and his cartel operations safe from scrutiny. That is, until the murder of DEA agent Enrique “Kiki” Camarena Salazar.

How The Killing Of Kiki Camarena Upended The Guadalajara Cartel

On February 7, 1985, a group of corrupt Mexican officials kidnapped DEA agent Kiki Camarena, who had infiltrated the Guadalajara Cartel. His abduction was in retaliation for the destruction of Rancho Búfalo, which Mexican soldiers had been able to find thanks to the agent’s work.

A month later, the DEA found Camarena’s badly beaten remains 70 miles outside of Guadalajara, Mexico. His skull, jaw, nose, cheekbones, and windpipe were crushed, his ribs were broken, and a hole was drilled into his head. Shortly after the grisly discovery, Félix Gallardo became a suspect.

“I was taken to the DEA,” Miguel Ángel Félix Gallardo wrote. “I greeted them and they wanted to talk. I only answered that I had no involvement in the Camarena case and I said, ‘You said a madman would do it and I am not mad. I am deeply sorry for the loss of your agent.'” 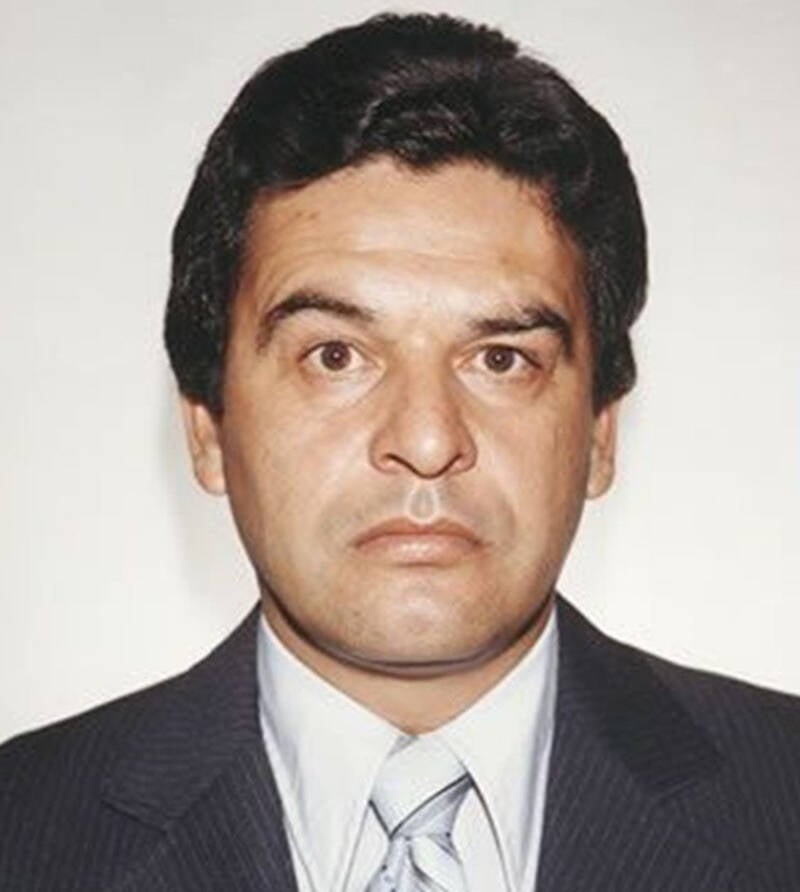 Wikimedia CommonsThe brutal murder of DEA agent Kiki Camarena triggered an all-out war between the DEA and the Mexican cartel, and ultimately led to the downfall of Félix Gallardo.

As Félix Gallardo saw it, killing a DEA agent was bad for business, and he often chose business over brutality. As the boss of bosses, he did not want to jeopardize his empire. Still, the authorities believed that he had something to do with it. After all, Camarena had infiltrated his cartel.

The search launched to find those responsible for Camarena’s murder, known as Operation Leyenda, was the largest ever undertaken in the DEA’s history. But the mission brought about more questions than answers.

Most cartel informants thought that Félix Gallardo had ordered Camarena’s capture, but that Caro Quintero had ordered his death. Additionally, a former DEA agent named Hector Berrellez found that the CIA may have also known about the plan to kidnap Camarena but chose not to intervene.

“By September 1989, he learned from witnesses of CIA involvement. By April 1994, Berrellez was removed from the case,” wrote Charles Bowden in an investigative article about Camarena’s death — which took 16 years to write.

“Two years later he retired with his career in ruins. In October 2013, he goes public with his allegations about the CIA.” 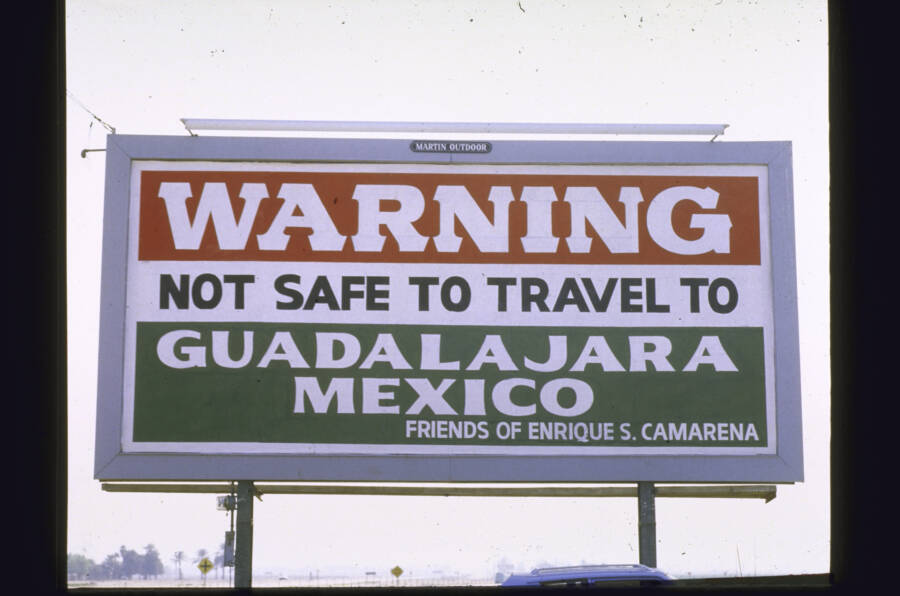 But long before those allegations went public, Kiki Camarena’s death brought the full wrath of the DEA down on the Guadalajara Cartel. Shortly after the 1985 murder, Caro Quintero and Fonseca Carrillo were arrested.

Félix Gallardo’s political connections kept him safe until 1989, when Mexican authorities arrested him from his home, still in a bathrobe.

Police officers bribed some of those Félix Gallardo had called friends to help bring him to justice. “Three of them came at me and knocked me to the ground with rifle butts,” he later wrote in his prison diary about his arrest. “They were people I had known since 1971 in Culiacán [in Sinaloa].”

Miguel Ángel Félix Gallardo was worth over $500 million when he was apprehended. He was eventually sentenced to 37 years in prison.

Where Is Félix Gallardo Now And What Happened To The Guadalajara Cartel?

Félix Gallardo’s arrest became an impetus for exposing just how corrupt Mexico’s police force was. In the days that followed his apprehension, some 90 policemen deserted while several commanders were arrested.

The prosperity Félix Gallardo brought to the Mexican cartel was unmatched — and he managed to continue orchestrating business from behind bars. But his hold on the cartel from within prison quickly fell apart, especially since he was soon placed in a maximum-security facility.

As the DEA fought a war on drugs, other cartel leaders started to push into his territory, and everything that he’d built started to crumble. The downfall of Félix Gallardo was later linked to Mexico’s violent cartel war, as other drug lords battled for the power that “El Padrino” once had. 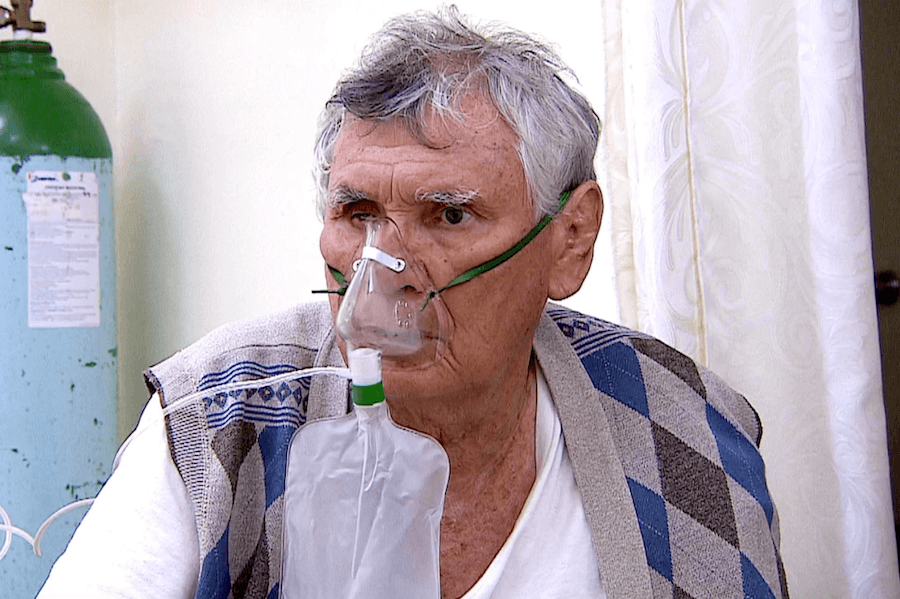 As time marched on, some of Félix Gallardo’s associates left prison. Caro Quintero was released in 2013 on a legal technicality and is still wanted by both Mexican and U.S. law to this day. In 2016, he gave an interview from hiding to Mexico’s Proceso magazine denying any role in Camarena’s murder and rejecting reports that he had returned to the drug world.

Fonseca Carrillo was transferred to house arrest in 2016 under terms granted to elderly prisoners with health problems. Félix Gallardo tried to make the same transfer, but his request was denied. However, he was able to move from a maximum-security prison to a medium-security one.

In August 2021, the former drug lord had granted his first interview in decades to reporter Issa Osorio at Noticias Telemundo. In the interview, he once again denied involvement in the Camarena case: “I’m not aware why they’ve linked me to that crime. I never met that man. Let me reiterate: I’m not into weapons. I’m really sorry because I know he was a good man.”

Surprisingly, Félix Gallardo also commented on his portrayal in Narcos: Mexico, saying that he did not identify with the character in the series.

As of May 2022, Félix Gallardo is 76 years old and will likely spend the rest of his days behind bars, as he is known to be in declining health. 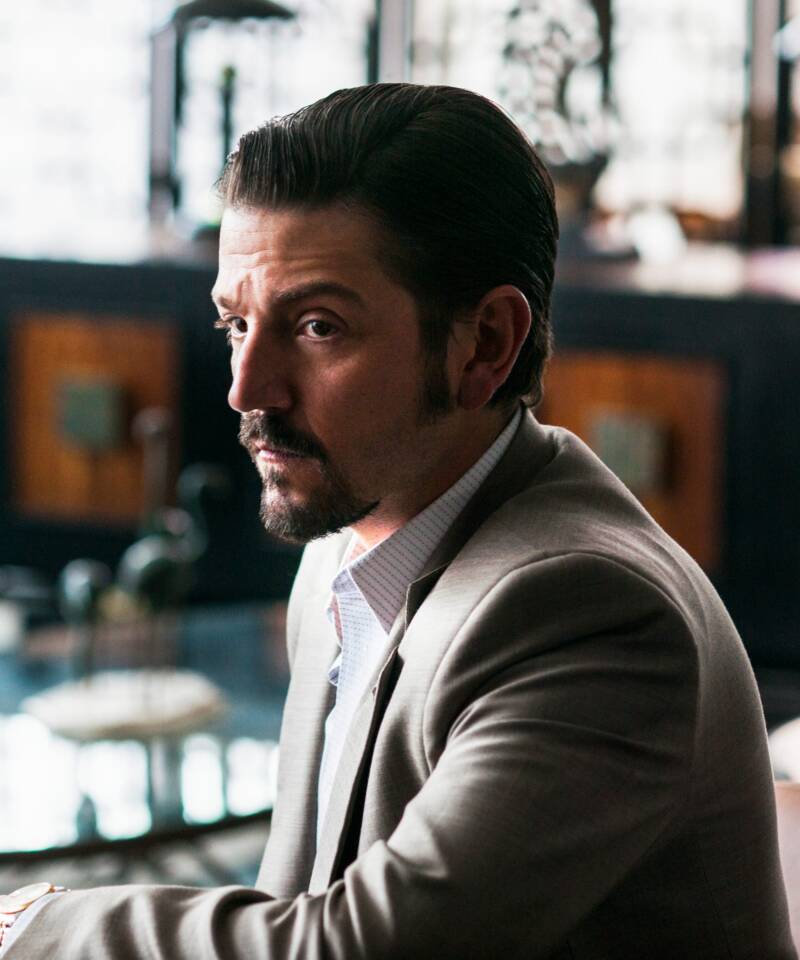 Still, Félix Gallardo’s history with the cartel — and his link to Camarena’s death — continues to inspire TV shows, films, and books. His presence in pop culture has also shone a public spotlight on drug trafficking.

As a result, cartels have changed into regional operations, like the Sinaloa Cartel that was once famously controlled by Joaquin “El Chapo” Guzman, and operations were driven underground. But they are far from over.

In 2017, a location scout named Carlos Muñoz Portal was killed in rural Mexico while working on Narcos: Mexico. “The facts surrounding his death are still unknown as authorities continue to investigate,” Netflix stated.

If history is any indication, his death will probably remain a mystery.

After this look at Miguel Ángel Félix Gallardo, explore these raw photos that reveal the futility of the Mexican Drug War. Then, check out the man who could be the “real brains” behind the Medellín Cartel’s success.