These 65 graves mostly date from the fifth and sixth centuries C.E., the period of the mythical King Arthur — and one of these graves may actually be his. 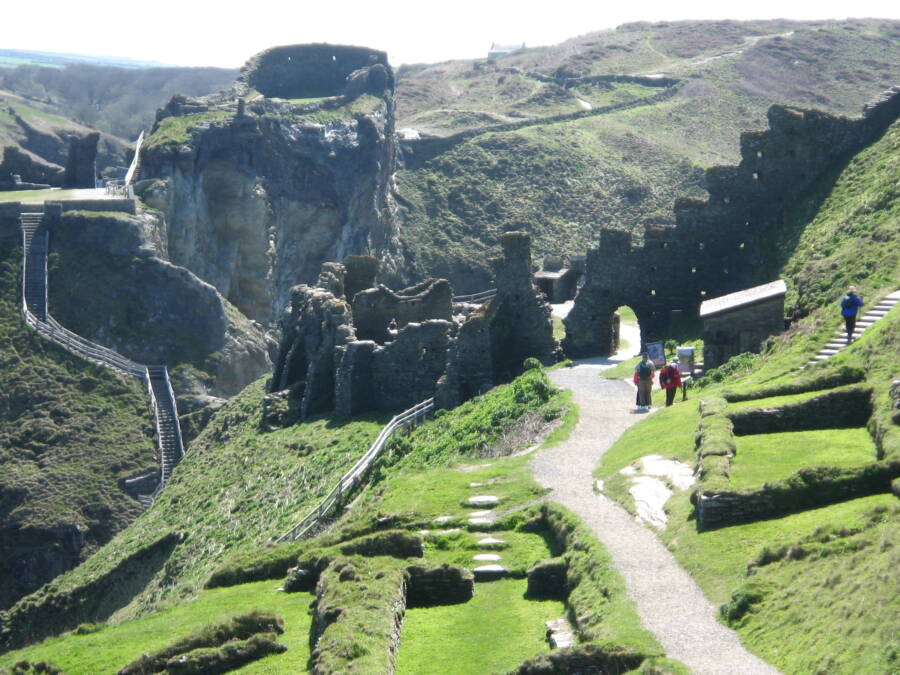 Wikimedia CommonsRuins in Tintagel in Cornwall, England, where some of the royal graves have been identified.

Archaeologists have long grappled with a historical mystery: the strange absence of British kings’ graves from post-Roman Britain. Now, new research suggests that up to 65 royal graves from the fifth and sixth centuries have been hiding in plain sight, largely unadorned and tucked within regular cemeteries.

“Before this work, we were completely unaware of the large number of probable royal graves surviving from post-Roman western Britain,” Professor Ken Dark of the University of Reading and Spain’s University of Navarra, whose study on the graves was published in the Journal of the Royal Society of Antiquaries of Ireland, told the Independent.

He added, “Ongoing investigations are likely to help change our understanding of important aspects of this crucial period of British history.”

Dark examined about 20 burial sites in the west and north of England and Wales, where British Celtic kingdoms flourished following the retreat of the Romans in 410 A.D. In Wales, Cornwall, Devon, and Somerset, he noticed subtle but significant differences in a small fraction of the graves.

“We’ve got a load of burials that are all the same, and a tiny minority of those burials are marked out as being of higher status than the others,” Dark explained to Live Science.

“When there are no other possible candidates, that seems to me to be a pretty good argument for these being the ‘lost’ royal burials.”

Unlike the majority of burials, these graves are encircled by rectangular or square ditches and appear to have once had gates, causeways, and fences. They also bear evidence of timber posts and stone-lined pits. To Live Science, Dark noted that the practice of enclosing graves “comes straight out of late Roman burial practices.”

To BBC, Dark explained: “We know that the main political rank in those societies among those people was royalty so if we see some burials standing out in this way, it’s possible that they are the burials of kings.” 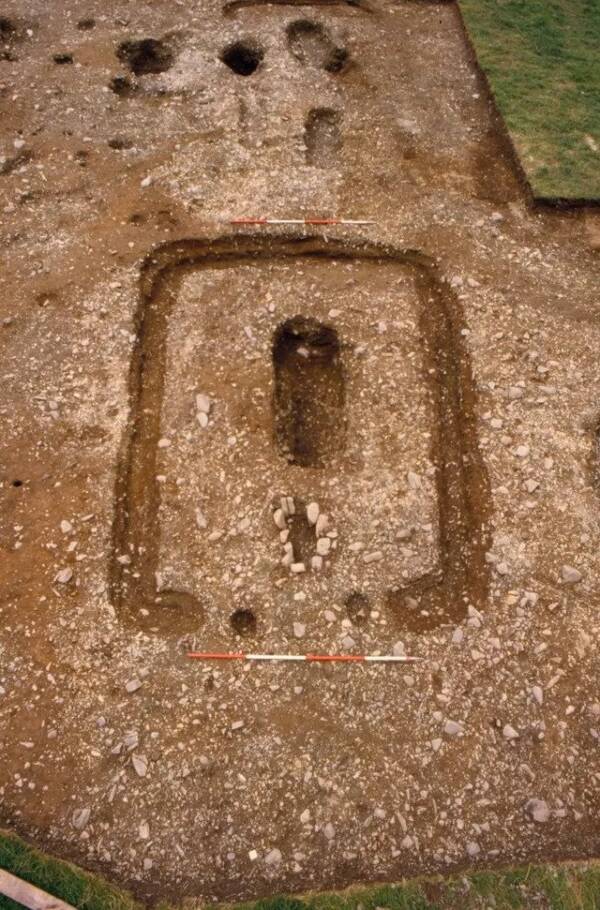 Ken Murphy/Dyfed Archaeological TrustAn example of an enclosed grave which might have belonged to a British royal at Plas Gogerddan, Wales.

Yet these graves have gone unnoticed for centuries. In fact, just one grave belonging to a British king — Catamanus or Cadfan in Welsh — has been previously discovered. Catamanus’ grave was marked with a stone identifying him as “rex” or “king,” though Dark notes that Catamanus became a monk following his kingship, which is perhaps why he was remembered in such a fashion.

Dark speculates that there’s a reason why these graves have gone unrecognized for so long. Following the Roman occupation of Britain, the island split into British Celtic kingdoms in the north and west and Anglo-Saxon kingdoms in the south and east.

Anglo-Saxons, who’d settled in Britain after invading the island, often gave their kings elaborate burials and filled their graves with gifts. That makes these graves easier to identify — and, indeed, nine have been found to date.

But the indigenous British, Dark noted, might have seen this as a “pagan” practice. They would have considered it unacceptable and un-Christian to bury kings with such riches. Instead, their royalty would have had simple, unadorned graves in cemeteries alongside common Christians.

Dark is not the first to note the difference between these graves. Other archaeologists had proposed previously that they belonged to people of high status. To Live Science, however, Dark explained, “But I’m suggesting that this burial practice was specifically royal.”

Yet there remains much to learn about the royals possibly buried in these graves. For now, researchers aren’t even sure about their names or their stories. That makes sense, as historians know very little about the time that these kings would have lived. It’s also the period during which King Arthur allegedly fought the Saxons.

While some historians believe the king to be fictional, Dark isn’t so sure. After all, he noted, there was an otherwise unexplainable spike in the name Arthur among British and Irish royals in the sixth century.

Hopefully, future discoveries like Dark’s will shine more light on the kings and queens who lived and died during this little-understood era.

After reading about the dozens of likely royal graves identified, look through the fascinating lineage of the British royal family. Or, go inside the shocking discovery of decapitated Roman remains in England.