"The Apotheosis of the Arts" had been missing a two-by-two-foot portion depicting a cherub for more than 40 years. 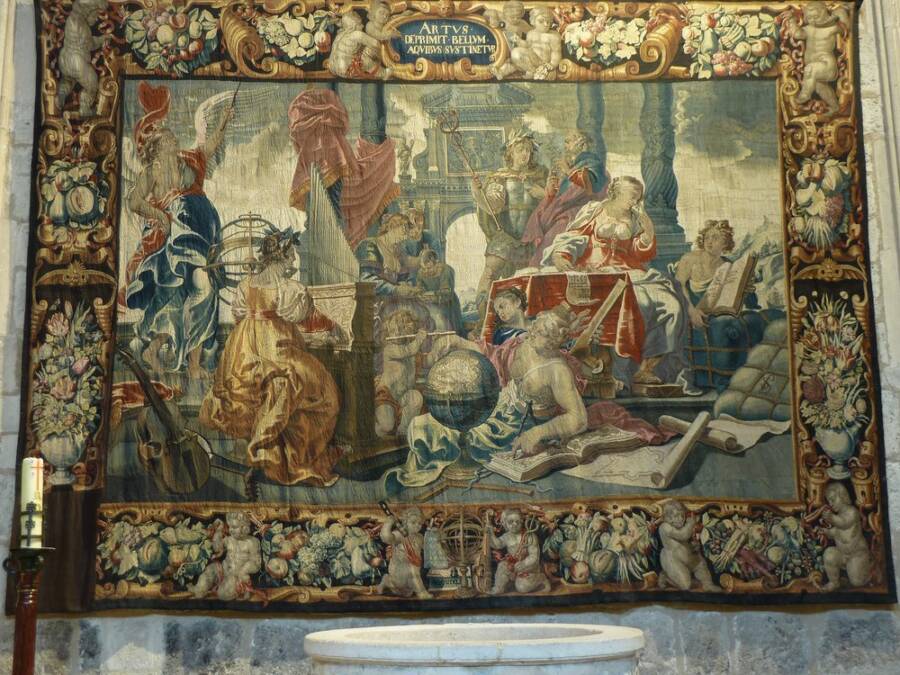 On Nov. 7, 1980, six 17th-century tapestries went missing from the Santo Domingo church in Castrojeriz, Spain. While Interpol recovered them all within a few years, a corner section from the largest tapestry had been cut out. It was nowhere to be found for 42 years, until now — when authorities finally tracked it down.

All six tapestries had been single-handedly stolen around dawn by notorious art thief René Alphonse Ghislain van den Berghe, according to Smithsonian. Known to his black market clients as “Erik the Belgian,” he successfully sold the tapestries to collectors around Europe — but kept a two-by-two-foot section for himself.

He was caught in 1982 only to be released under the condition that he help police find stolen goods across Europe. Van den Berghe tragically took the location of the tapestry to his grave in 2020. Last year, however, his lawyer helped the Spanish National Police find it. Investigator Ángel Alcaraz unveiled it on Feb. 18, 2022.

“If heaven should lack one angel it would be a lesser heaven,” said Alcaraz. “And if this tapestry had lacked this little angel, it wouldn’t be the same tapestry. Today we are giving back to Castrojeriz something that should never have gone in the first place.”

The tapestry in question was titled La Apoteosis de las Artes, or The Apotheosis of the Arts. It was made in 1654 in the Belgian town of Bruges by Corneille Schutz, a protege of artist Peter Paul Rubens. One in a series of six, the tapestry depicted the main liberal arts categories of education in medieval Europe.

This sixth tapestry was the largest of all and measured 20 by 13 feet, according to The Guardian. The other five tapestries each depicted one liberal art: music, astronomy, mathematics, grammar, and philosophy.

The visually stunning series certainly struck van den Berghe. He had not only studied the arts but curated a prolific network of wealthy collectors and unscrupulous buyers from his native city of Nivelles, Belgium. He and his clients largely traded in goods stolen from castles or from abandoned World War II-era homes.

“Everything is easy to steal,” he told El Pais in 2012. “It depends on who commissions you. They put in alarms, but whoever has placed them shows you how to disconnect them. They’re not a problem. The important thing is to have a client.” 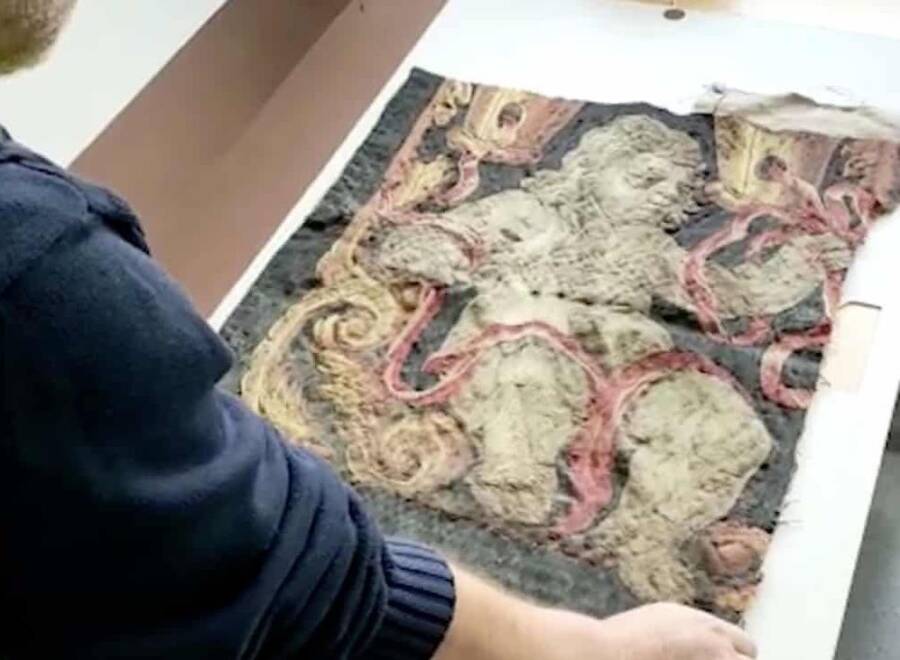 There were certainly no alarms when van den Berghe stole all six tapestries from the Santo Domingo church in November 1980. Interpol ultimately recovered all six from disparate buyers in Spain, Belgium, and France. Unfortunately, however, a two-by-two-foot section from the lower-left corner of the sixth tapestry was gone.

Authorities ultimately abandoned all hope of ever recovering the missing fragment. Decades had gone by when Alcaraz started working on a research report about art heists for the Spanish National Police in 2021. He contacted van den Berghe’s lawyer, who led the way to the long-lost section.

The square piece depicted a cherub, which was one of many small angels that adorned the borders of all six tapestries. Van den Berghe had failed to sell it before getting arrested in 1982. By that point, the 42-year-old thief had stolen an estimated 6,000 precious objects.

“He also led an organized group dedicated to stealing religious artworks — sometimes at the behest of wealthy collectors who were after a specific piece, and sometimes with an eye on an easy sale on the international black market,” said the Spanish National Police. 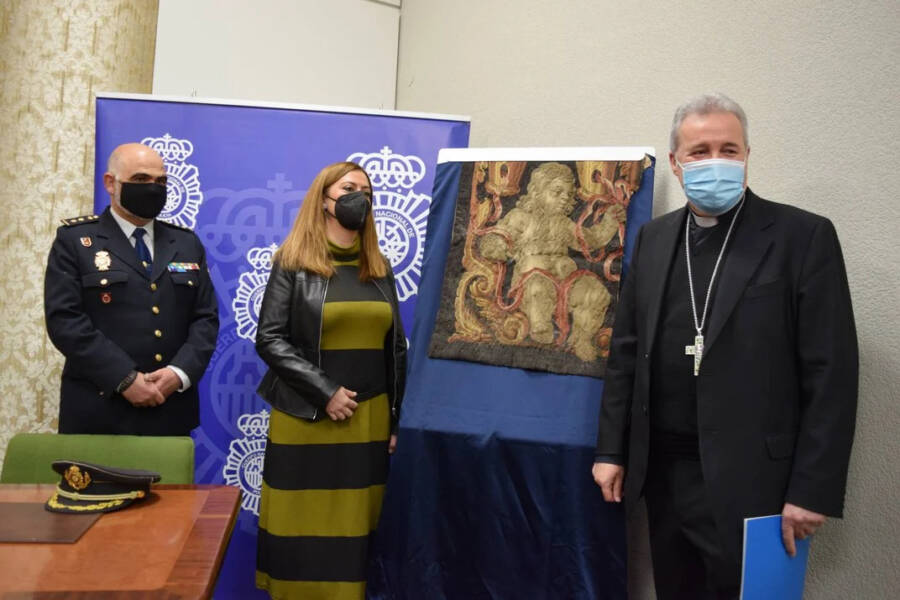 He was only behind bars for three years, however, as the police found his skills too useful to cast aside. Van den Berghe was permitted to live freely on the island of Málaga, but only if he assisted the police. With his cooperation, they recovered thousands of stolen goods — until van den Berghe died at 80 years old in 2020.

For the art heist obsessives, van den Berghe published his autobiography, Erik the Belgian — For the Love of Art, before he died. He argued that he wasn’t a small-time crook and preferred to be known as “a high-class thief.” When asked if was remorseful for his career as a thief, however, he replied rather cheekily.

“But I am a friend of Saint Peter,” he said. “I’ve sold a lot of Saint Peter statues and I’ve saved a lot. And if, when I arrive in paradise, he throws me into the flames, I’ll shoot him twice.”

After reading about the missing tapestry piece recovered after 42 years, read about the biggest heists in history, as well as the