Maurizio Gucci was gunned down on orders of his embittered ex-wife Patrizia Reggiani on the steps of his Milan office on March 27, 1995.

A scion of the Italian fashion empire, Maurizio Gucci had it all. He was raised in luxury only to take charge of the world-renowned brand and marry a fiery socialite. As chronicled in Ridley Scott’s House of Gucci, the ambitious heir would not only lose all control over the company — but be murdered at the behest of his own wife, Patrizia Reggiani.

He was born on September 26, 1948, in Florence, Italy, where his grandfather Guccio Guccio founded the designer brand in 1921. When his uncle Aldo took over in the postwar era, Gucci was worn by Hollywood stars and John F. Kennedy alike. Spurred by Reggiani to take the reins, Maurizio Gucci battled his way to become chairman — only to be murdered on March 27, 1995. 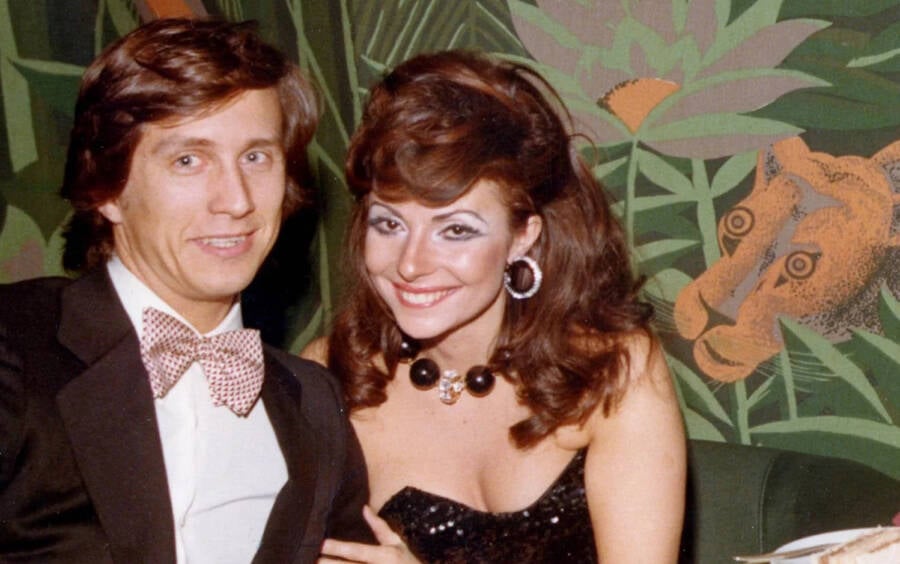 @filmcrave/TwitterMaurizio Gucci and his then-wife Patrizia Reggiani, who would order his assassination in 1995.

“It was a lovely spring morning, very quiet,” said Giuseppe Onorato, the doorman of Maurizio Gucci’s private office at Via Palestro 20. “Mr. Gucci arrived carrying some magazines and said good morning. Then I saw a hand. It was a beautiful, clean hand, and it was pointing a gun.”

Maurizio Gucci was shot four times at 8:30 a.m. and died on the steps of his own office building at 46 years old. This is his story.

The Early Life Of Maurizio Gucci

Raised by actors Rodolfo Gucci and Sandra Ravel, Maurizio Gucci met Patrizia Reggiani at a party in Milan. A staple in the European party circuit during the late 1960s and early 1970s, she came from money herself. Maurizio Gucci was smitten enough to inquire about her. 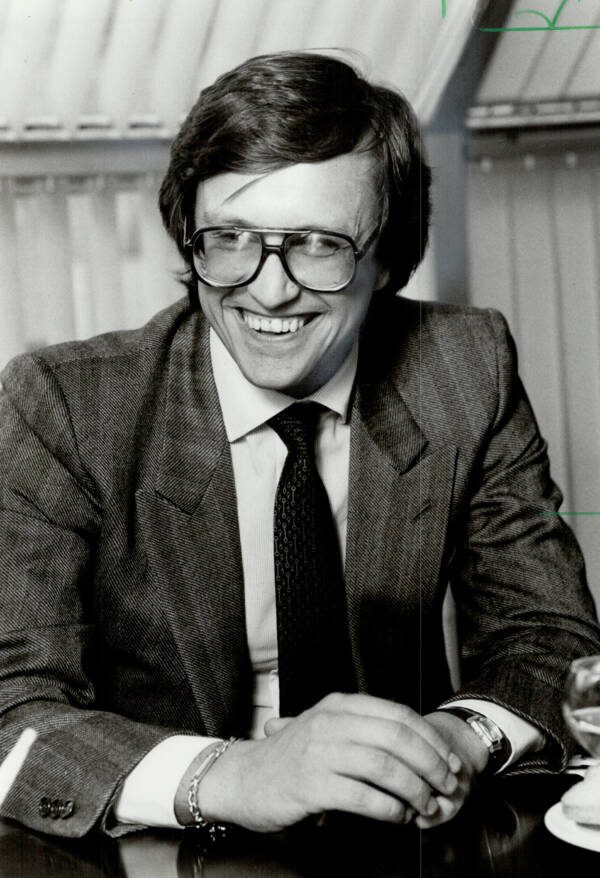 “Who is that beautiful girl dressed in red who looks like Elizabeth Taylor?” Gucci asked his friend.

Despite his father’s warnings, Gucci became enamored. Rodolfo Gucci begged him to be careful about her potential ulterior motives, and said he had inquired about Reggiani and was told she was vulgar, ambitious, and “a social climber who has nothing in mind but money.”

They were 24 when they tied the knot in 1972. Theirs was a life of unspeakable luxury. It included a 200-foot yacht, a penthouse in Manhattan, a Connecticut farm, a place in Acapulco, and a St. Moritz ski chalet. The couple socialized with Jacqueline Kennedy Onassis, had two daughters — and always used a chauffeur.

With Reggiani as his chief adviser, Maurizio Gucci grew confident enough to stand up to his father. When Rodolfo died in 1983 and left him with a 50-percent stake in the company, however, Maurizio stopped listening to Reggiani entirely. He began plotting a complete takeover that led to family conflict, divorce — and murder. 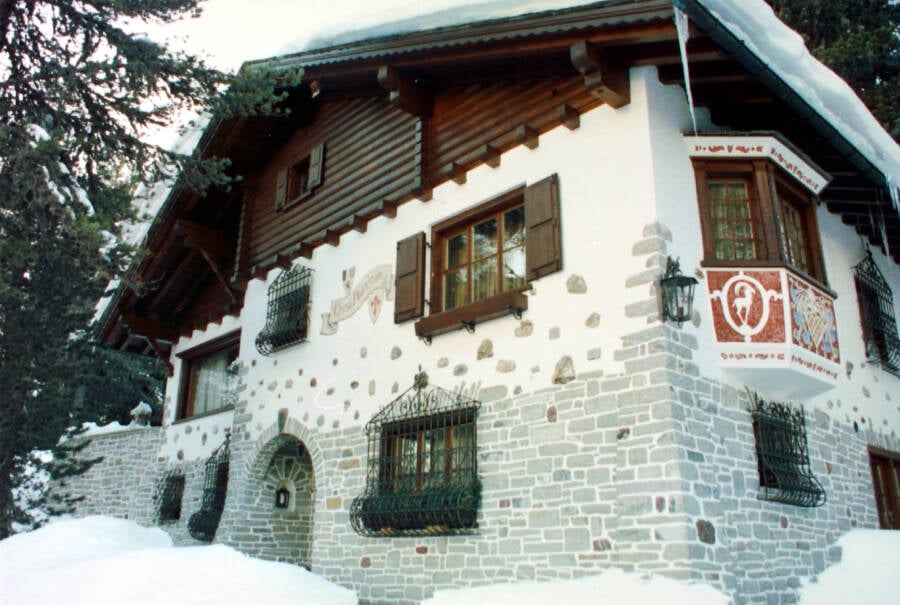 “Maurizio got crazy,” said Reggiani. “Until then I was his chief adviser about all Gucci matters. But he wanted to be the best, and he stopped listening to me.”

The End Of A Family Empire

Maurizio Gucci now had majority control of the company but wanted to absorb his uncle Aldo’s shares and launched a legal effort to do so. His furious uncle countered with a lawsuit that alleged Gucci had forged Rodolfo’s signature to avoid paying an inheritance tax. Gucci was initially found guilty but then acquitted.

His marriage floundered even further when Gucci rekindled his relationship with Paola Franchi. She was an old flame from the party circuit he frequented in his youth and didn’t challenge his business decisions as Reggiani did. In 1985, he walked out on his wife entirely, leaving on a business trip he never returned from.

Gucci began living with Franchi. He even managed to have Bahrain-based banking firm Investcorp buy all of his relatives’ shares for $135 million by June 1988. The following year, he was made chairman of Gucci. Unfortunately, he ran the company’s finances into the ground and left them in the red from 1991 to 1993. 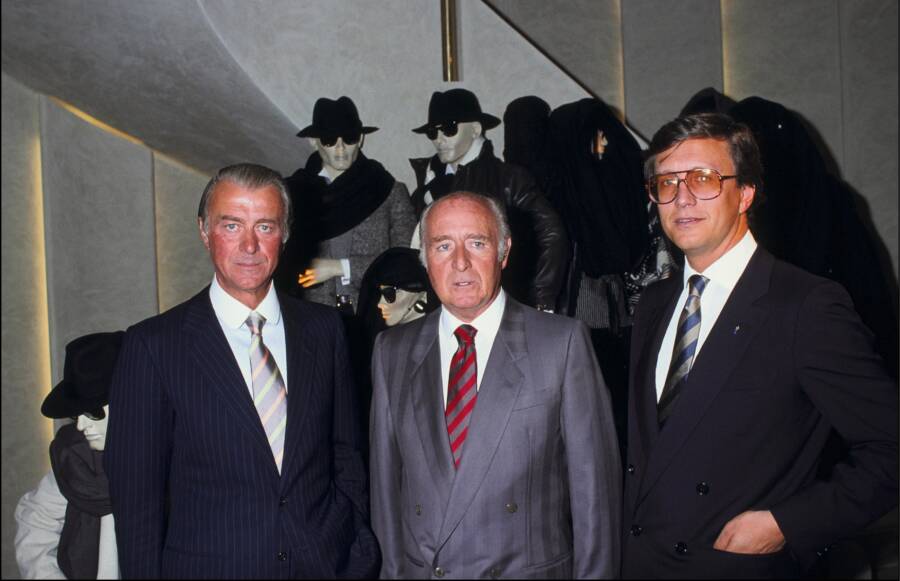 In 1993, he sold his remaining stock for $120 million to Investcorp and lost his reins over the family dynasty entirely. While his divorce was finalized the following year and Reggiani would receive an annual $1 million alimony, she was desperate not to be replaced by a younger woman.

“I was angry with Maurizio about many, many things at that time,” said Reggiani. “But above all, this. Losing the family business. It was stupid. It was a failure. I was filled with rage, but there was nothing I could do.”

It was 8:30 a.m. on March 27, 1995, and an unidentified gunman fired three shots into Maurizio Gucci’s back before shooting him once in the head on the steps of Gucci’s Milan office. Giuseppe Onorato, the building’s doorman, had been sweeping up leaves. Gucci collapsed on the steps leading into the foyer of the building, leaving Onorato in disbelief.

“I thought it was a joke,” said Onorato. “Then the shooter saw me. He lifted the gun again and fired two more times. ‘What a shame,’ I thought. ‘This is how I die.'”

The assassin fired two more shots before diving into a getaway car, hitting Onorato once in the arm. The wounded doorman rushed to Gucci in hopes he could help, but it was futile. The former fashion icon was dead. 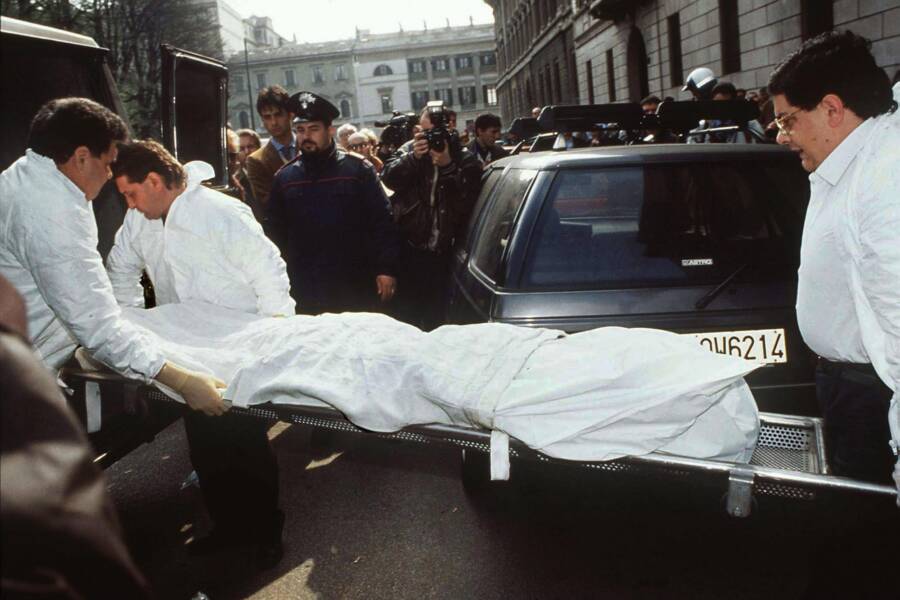 @pabloperona_/TwitterThe crime scene of Maurizio Gucci’s murder at Via Palestro 20 on March 27, 1995.

“I was cradling Mr. Gucci’s head,” said Onorato. “He died in my arms.”

Authorities certainly suspected Reggiani due to the outlandish statements she had made during her publicized divorce, but there was no evidence she was involved. Authorities followed other leads as a result, expecting blood relatives or shady casino figures were to blame. Two years later, police caught a staggering break.

On January 8, 1997, Filippo Ninni received an anonymous call. As head of police in Lombardia, he asked what it was about. The voice replied simply, “I’m going to say just one name: Gucci.” The informant said he was at a Milan hotel where a porter bragged about hiring Maurizio Gucci’s killer — and whom he had found him for.

Along with porter Ivano Savionia, the co-conspirators included a clairvoyant named Giuseppina Auriemma, getaway driver Orazio Cicala, and hitman Benedetto Ceraulo. Police wiretapped Regianni’s phone and got her to incriminate herself to an undercover cop posing as a hitman asking for payment on the phone.

All four suspects were arrested for premeditated murder on January 31, 1997. Reggiani’s Cartier journal even yielded a one-word entry for March 27 which read “Paradeisos,” or paradise in Greek. The trial began in 1998 and would last five months, with the press dubbing Reggiani “Vedova Nera” (or the Black Widow).

Patrizia Reggiani’s lawyers claimed that the brain tumor surgery she underwent in 1992 would’ve rendered her unable to plan the hit, but she was found competent to stand trial. Confronted in court with evidence that she had paid Auriemma $365,000 to find a hitman to kill Maurizio Gucci, Regianni stated: “It was worth every lira.”

“I think that Patrizia was bothered above all that she couldn’t call herself a Gucci anymore,” said Franchi on the stand.

Reggiani and Cicala were sentenced to 29 years on November 4, 1998. Savioni was given 26 years, Auriemma 25, and Ceraulo to a life term. Reggiani was released in 2014 and remains estranged from her daughters.

After learning about Maurizio Gucci and the notorious murder behind House Of Gucci, read about the chilling mystery of Natalie Wood’s death. Then, learn how singer Claudine Longet killed her Olympian boyfriend and got away with it.