The Story Of Claudine Longet, The Singer Who Killed Her Olympian Boyfriend — And Got Away With It

In 1976, French-American singer Claudine Longet fatally shot Olympic skier Vladimir "Spider" Sabich with a .22-caliber pistol. She only spent 30 days in jail for it.

Aspen, Colorado in 1976 was a fun, wealthy, picturesque town. But all of that changed when singer Claudine Longet was arrested for shooting her boyfriend, beloved Olympian Vladimir “Spider” Sabich, to death.

Sabich was a wealthy and adored athlete at the peak of his skiing career while Longet was a divorcé with a dwindling résumé. Rumors swirled that Sabich was even planning to leave her. 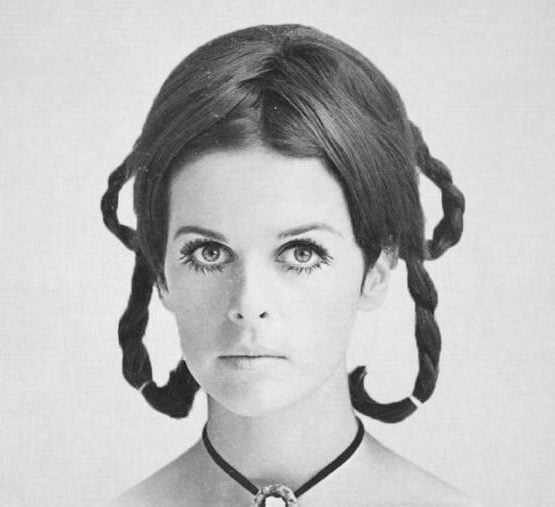 TwitterClaudine Longet today remains out of the spotlight. But in the late 1970s, she was a notorious femme fatale.

On the night of the shooting, Claudine Longet appeared to be in shambles. She explained to the police that the single bullet that killed Sabich was fired by accident. The tragedy instantly dominated pop culture, particularly because many disbelieved the shooting to have been an accident at all.

Unfortunately, her subsequent trial raised more questions than it did answers, and Claudine Longet today lives in obscurity because of it.

The Luxurious Life Of Claudine Longet 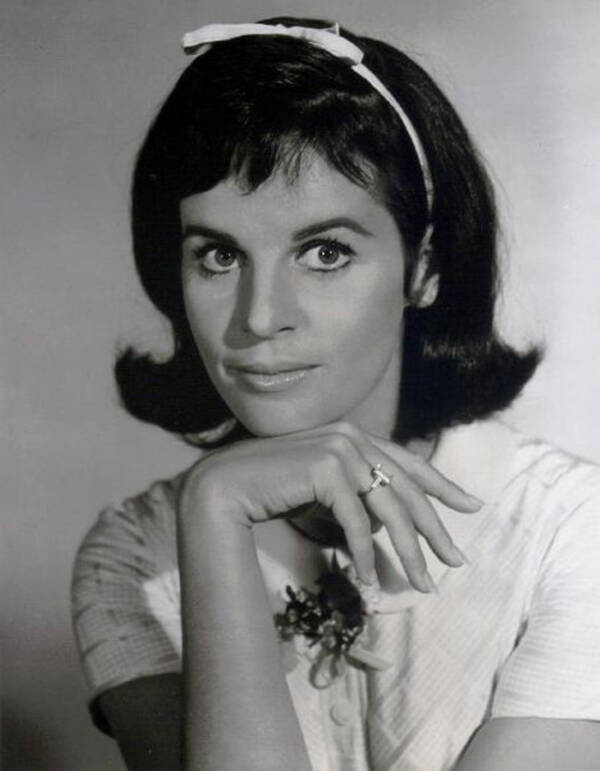 Born on January 29, 1942, in Paris, France, Claudine Georgette Longet dreamt of becoming an entertainer from an early age. She began dancing on stage for tourists at 17 before club owner Lou Walters spotted her on French television and decided to give her a shot.

Longet found herself dancing at the Tropicana Hotel & Resort in Las Vegas in 1961. As part of the Folies Bergère revue, the 18-year-old met 32-year-old crooner Andy Williams when he helped her after her car broke down. The pair married on Dec. 15, 1961, in Los Angeles.

Williams was a wildly popular singer whose notoriety earned him his own television and talk show, the Emmy award-winning The Andy Williams Show. The couple had three children together and Longet became a recording artist of her own, appeared on her husband’s show, and befriended the likes of Robert Kennedy and his wife.

Longet was even present at the Ambassador Hotel in Los Angeles when Kennedy was assassinated in 1968. They had planned to have dinner after his ill-fated speech.

Claudine Longet singing in the Peter Sellers film The Party.

In 1969, she named her third and final child after her slain friend. Just one year later, she legally separated from Williams.

In 1972, she met Croatian-American Vladimir “Spider” Sabich of the U.S. ski team at a celebrity race in California’s Bear Valley. A friend of the impending couple likened the chemistry of Claudine Longet and Spider Sabich to “nuclear fusion.”

“He was so charming and so sexy,” said friend Dede Brinkman. “It was the same type of charisma you see in movie stars.”

And Longet was smitten. The two lovers grew close quickly. Claudine Longet spent more time in Spider Sabich’s chalet in Aspen, eventually relocating there after winning a $2.1 million settlement from her divorce in 1975.

Soon enough, however, drugs, parties, and jealousy came into play.

The Murder Of Vladimir Sabich 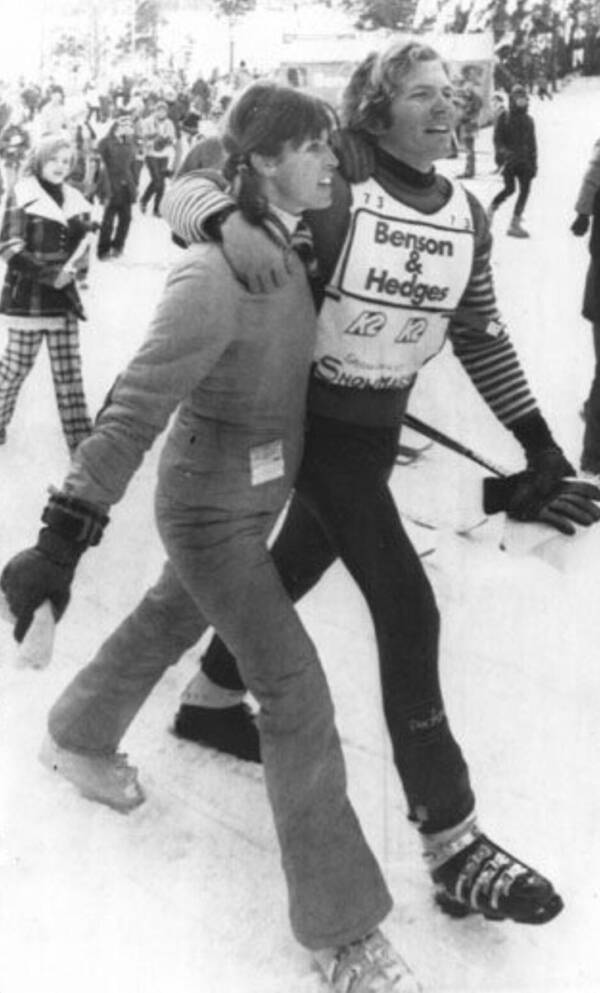 TwitterClaudine Longet And Spider Sabich had a notoriously explosive courtship.

Aspen was flooded with cocaine at the time, and Spider Sabich’s good looks and fame attracted invites to countless parties. But sources close to Claudine Longet claimed that she prohibited Sabich from attending a “Best Breast” party and that she even threw a wine glass at his head in a fit of jealousy.

Longet’s jealousy apparently got the best of both of them on March 21, 1976. On that day, Sabich came home after skiing the slopes of Aspen, then stripped down to his underwear with the intent of taking a shower.

Claudine Longet came in with an imitation World War II model Luger pistol and shot him in the stomach. An ambulance was called and patrol officer William Baldrige arrived to find Sabich slumped over and near death. He was pronounced dead en route to the hospital. 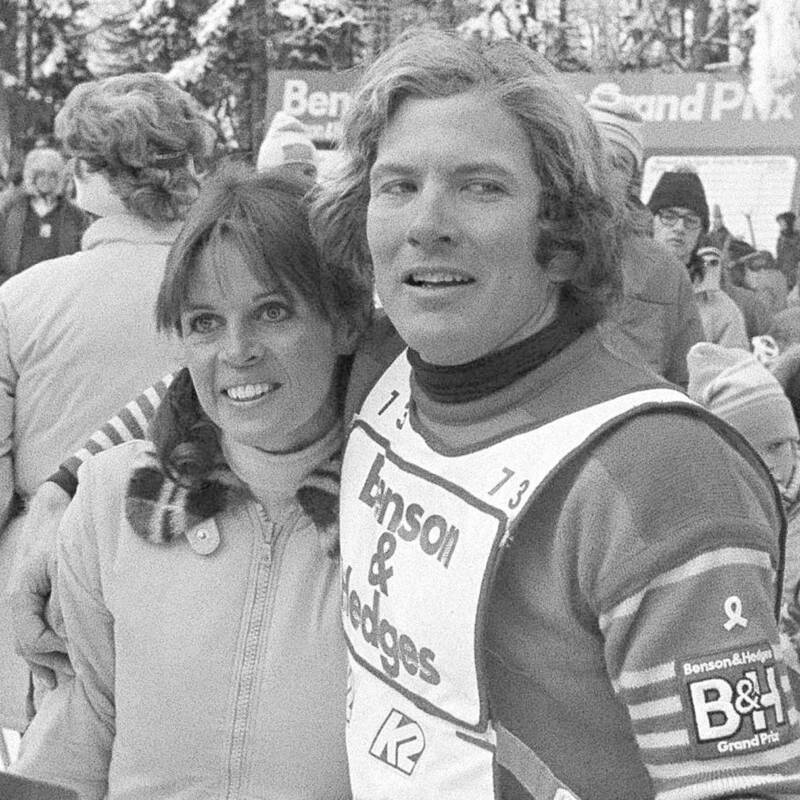 TwitterClaudine Longet and Spider Sabich dated for only four years before she fatally shot him.

Longet claimed that the pistol had accidentally misfired as Sabich was teaching her how to use it, but that alibi appeared dubious to authorities.

Longet’s ex-husband rushed to her side for support, while the town began to turn on her. Many balked at her presence at Sabich’s funeral in Placerville, California.

She was consequently charged with a felony of reckless manslaughter on April 8, 1976, upon returning to Aspen.

NBC News coverage of the trial of Claudine Longet from January 1977.

Throughout her 1977 trial, Claudine Longet maintained the gun had fired by accident. She claimed she had found the Luger knock-off on the day of Sabich’s death and allegedly pointed it at him while making “bang-bang” noises when it suddenly misfired, killing him.

But friends of Spider Sabich said that he was intent on breaking up with her and she knew it. He was apparently accustomed to a bachelor lifestyle, with which Longet and her children interfered. If that was the case then Longet certainly had a motive.

Indeed, an alleged diary entry of hers, but that remains unconfirmed, revealed that not all was well between the two. Longet had apparently written that there was a party on the night of Sabich’s death which he planned on attending alone and which drew suspicion from her.

“I picked up the gun and walked toward the bathroom, saying to Spider, ‘I would like you to tell me about this gun.'” Longet said on the stand. “I kept walking and I had the gun in my hand.”

She said Sabich ensured her it wouldn’t fire, moments before it did. Longet then broke into hysterics. “I told him to try to make it, to talk to me,” she said. “He was fainting. I tried to give him mouth-to-mouth resuscitation, but I didn’t know how.”

A defense witness testified that the safety mechanism on the gun was faulty and that the firing mechanism was greasier than it should be. These factors made it highly plausible that the gun went off by accident. 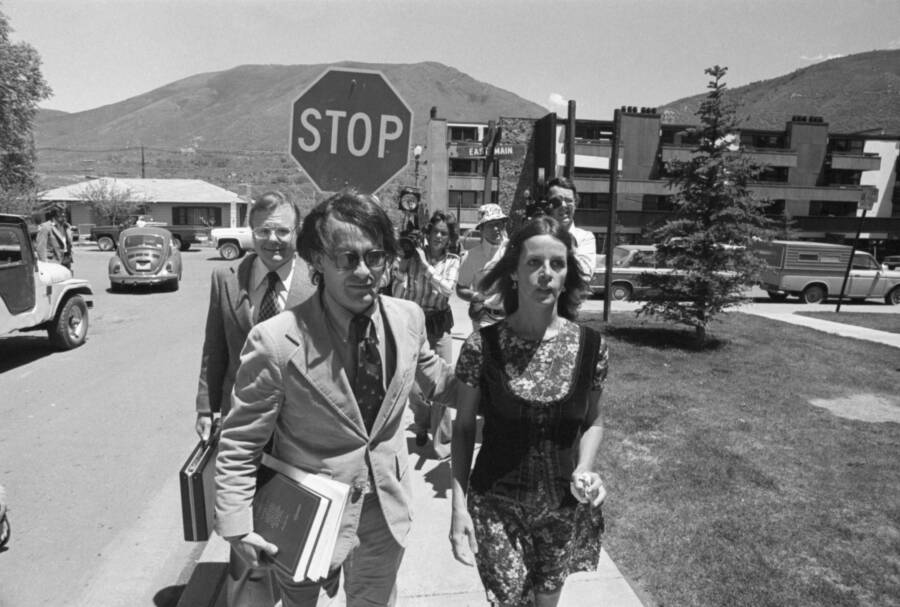 Bettmann/Getty ImagesThe family of Spider Sabich and Claudine Longet went to blows for just four days in court. The family finally sued her following the trial.

The prosecution, meanwhile, couldn’t make a strong case against her thanks to a series of procedural errors. For one thing, Longet’s diary and the gun in question weren’t brought to trial, which only helped her case.

The police had also drawn blood from Longet without a court order, which the Colorado Supreme Court ruled had violated her rights before the trial even commenced. Though there was cocaine in her system on the day of the murder, this was yet another piece of evidence that wasn’t allowed at trial.

With all this inadmissible evidence, all the prosecution could offer was the autopsy report, which suggested that Sabich was bent over and facing away from Claudine Longet when the gun went off — thus contradicting her claims.

But the jury wasn’t totally convinced.

“I wouldn’t want her to go to prison, heavens no,” said 27-year-old juror Daniel DeWolfe. “By no means is she the type of person who should be in jail. I don’t think she’s a threat to society.”

After the four-day trial, jurors deliberated for a few hours before finding her guilty of criminally negligent homicide.

She was sentenced to 30 days of her choosing in prison and a $250 fine. 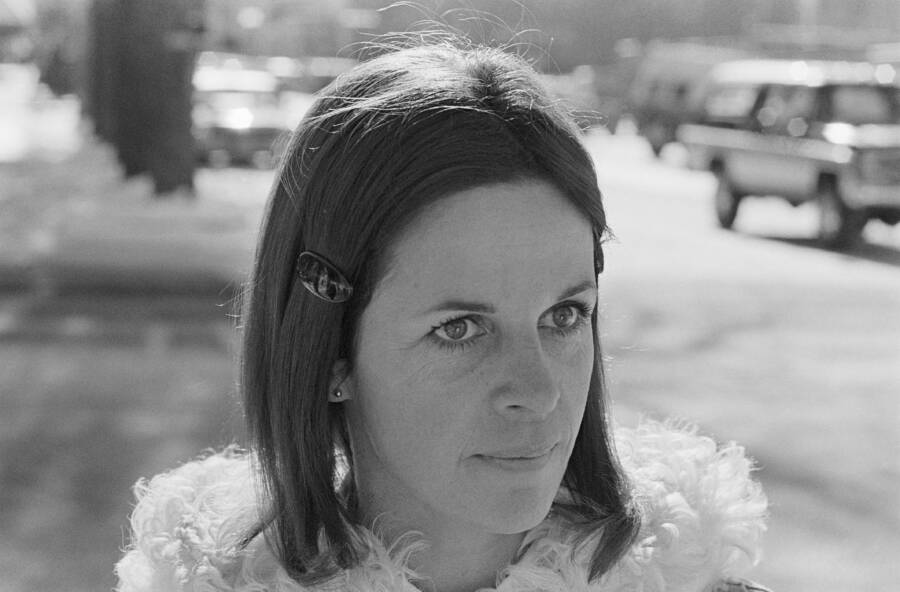 After the trial, Claudine Longet and her newfound boyfriend — her defense attorney, Ron Austin — vacationed in Mexico. Longet served most of her 30-day sentence in prison on weekends, while the family of Spider Sabich filed a $780,000 civil suit against her.

This was settled out of court and contained a confidentiality clause that prevented her from writing or speaking about the incident forever. She had allegedly already been drafting a book on the incident.

“It’s a shame,” said Steve Sabich, Spider’s brother, “because Spider accomplished so much in his life. Claudine accomplished only two things: marrying Andy Williams and getting away with murder.”

Others came forward in later years to state their disbelief in Longet’s innocence. Sabich’s ex-girlfriend said that he took her to dinner shortly before the accident and “told me he could not get rid of Claudine and that she was throwing tantrums.”

For prosecutor and former district attorney Frank Tucker, the case was a glaring homicide that was only crippled by sloppy police work.

In the end, Claudine Longet was relegated to satirical sketches on Saturday Night Live and the Rolling Stones song “Claudine.”

After her boyfriend Ron Austin divorced his wife, they wed in 1985. The pair supposedly still live on Aspen’s Red Mountain together, not far from where Vladimir Sabich was killed.

After learning about the murder of Spider Sabich and where Claudine Longet is today, read about the chilling mystery of Natalie Wood’s death. Then, learn about Katherine Knight slaughtering her boyfriend and turning him into a stew.