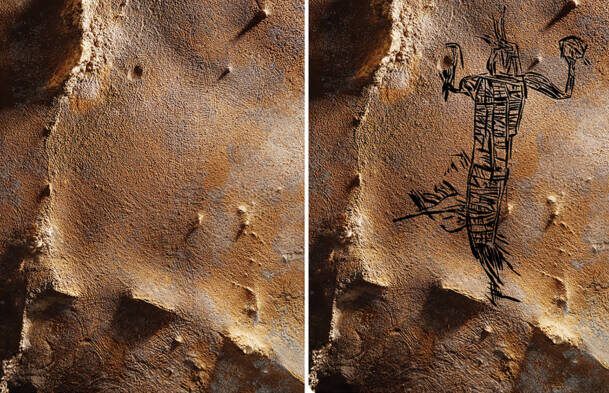 For hundreds of years, the largest-known cave art images in the United States hid in plain sight. Made of mud and drawn onto a low ceiling 1,000 years ago, the figures were difficult to discern with the naked eye. But a new study using technology called 3D photogrammetry, has revealed these ancient images in shocking detail.

“It will take years for people to sort out what’s on those ceilings,” said Stephen Alvarez, a photographer and the co-author of a new study on the cave art published in the journal Antiquity.

As he told National Geographic, “When I think of the totality of the engravings on that quarter-acre ceiling, it’s right up there with the most incredible things I’ve ever seen.”

The authors of the new study made the discovery at the “19th unnamed cave” at an undisclosed location in Alabama. They knew there were glyphs there — Alvarez’s co-authors Jan Simek and Alan Cressler had first studied the cave in 1998 — but they didn’t realize how many.

That’s because the newly discovered artwork is concentrated on the cave’s low ceilings, which are just 1.9 feet from the cave floor.

“In this particular case, the ceiling of the cave is very close to the floor,” Simek explained to Live Science. “So your field of vision is limited by your proximity to the ceiling. We never saw these very large images because we couldn’t get back far enough to see them.”

By taking thousands of photos and using 3D photogrammetry, however, the researchers were able to illuminate the incredible designs. “I was trying to show Jan a new snake figure I had discovered, when he said, ‘What about the great big guy right there?'” Alvarez added. 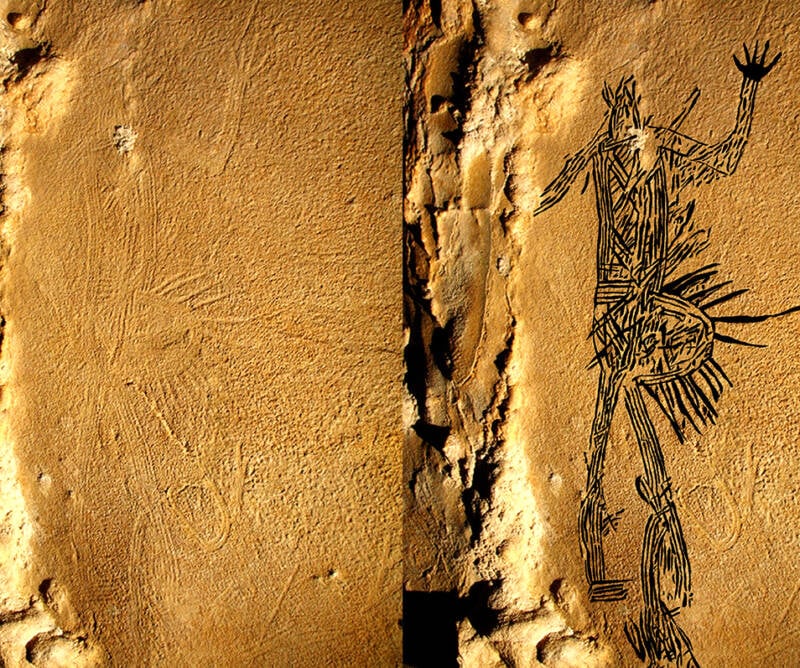 Photograph by S. Alvarez; illustration by J. Simek.Researchers are hopeful that more glyphs exist in the three-mile-long cave system.

Indeed, the researchers identified five stunning figures in their new study. According to CNN, four of the identified figures appear to have human characteristics. The fifth, however, is a rattlesnake that stretches 11 feet long. Significantly, snakes like these had sacred meaning for Indigenous peoples in the American southeast.

“Caves were considered to be pathways to the underworld,” the researchers wrote in their study. “The large figures drawn in 19th Unnamed Cave therefore probably represent spirits of the underworld, their power and importance expressed in their shape, size, and context.”

But even if researchers don’t know exactly what the figures represent, they do have a good idea of what it took to draw them. They suspect that ancient indigenous people would have crouched in the caves or even laid down on their backs in order to make the figures. They probably came in pairs, with one person drawing the figures and another holding torches of river cane. 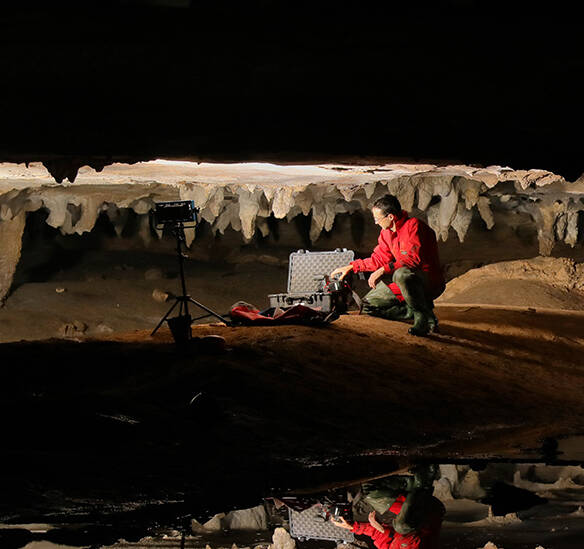 A. Cressler; Antiquity Publications LtdSteven Alvarez at 19th Unnamed Cave, which is located somewhere in Alabama.

To National Geographic, Alvarez added, “Think about doing that by torchlight. You would only have one shot at it. Maybe the making of the art is as important as the art itself.”

Even if ancient people couldn’t see the artwork, the researchers said, they knew it was there. They probably chose the cave because it had some kind of spiritual significance to their culture.

Given this stunning discovery, the researchers are hopeful to continue exploring 19th unnamed cave to see if it contains even more hidden artwork. After all, the cave contains three miles of underground passages — and plenty more ceilings to photograph.