Surtshellir Cave was formed by a volcanic eruption that likely reminded the Vikings of Ragnarök — when the world would be engulfed by flames and the last Norse gods would die. 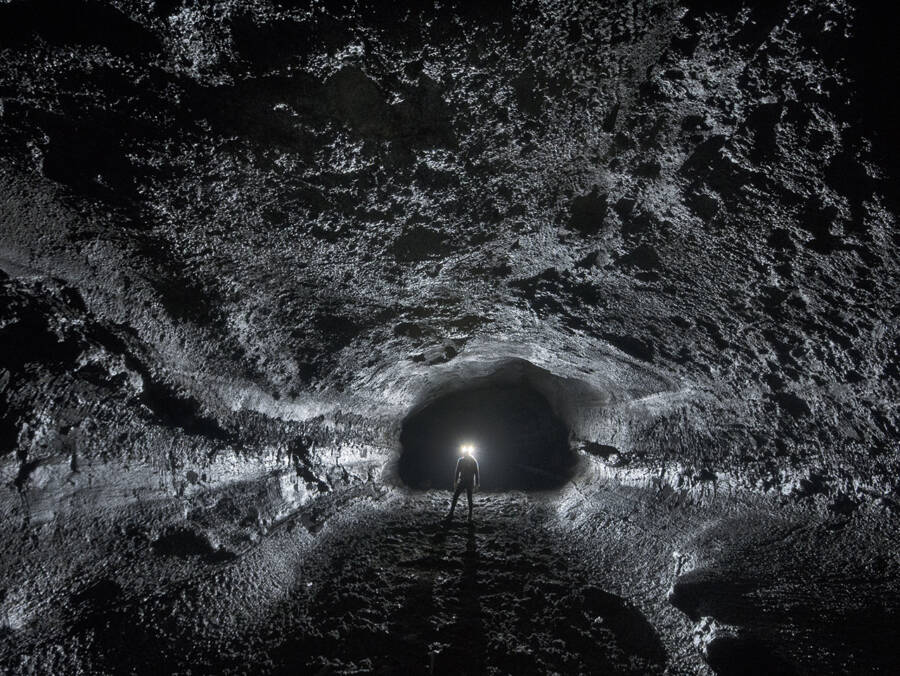 Wikimedia CommonsOne of the many staggering tunnels formed by lava in Surtshellir Cave.

Researchers in Iceland recently unearthed a trove of rare Middle Eastern artifacts dating back 1,000 years near a since-dormant volcano. Most remarkable was a stone, boat-shaped structure they believe the Vikings associated with Ragnarök — a world-ending event that would see their gods killed and humanity wiped out in a fiery apocalypse.

As deputy director and chief curator of the Haffenreffer Museum of Anthropology at Brown University, Kevin Smith was thrilled at the discovery. The Surtshellir Cave in question was formed by a volcano that erupted nearly 1,100 years ago — and gave Smith a window into what might have happened there.

The Vikings had only colonized Iceland a short while before that fiery explosion welcomed them to their new home, according to LiveScience. Smith and his team believe the Vikings entered the cave once the lava cooled, and built the boat-shaped rock structure as an offering pit for sacraments — to stave off Ragnarök.

Smith and his team also found 63 beads made of a mineral common in the Middle East but rarely found in Scandinavia. Most entrancing are the specifics of how these animal sacrifices aimed to avert Ragnarök. A study published in the Journal of Archaeological Science, the study proffers some rather staggering theories. 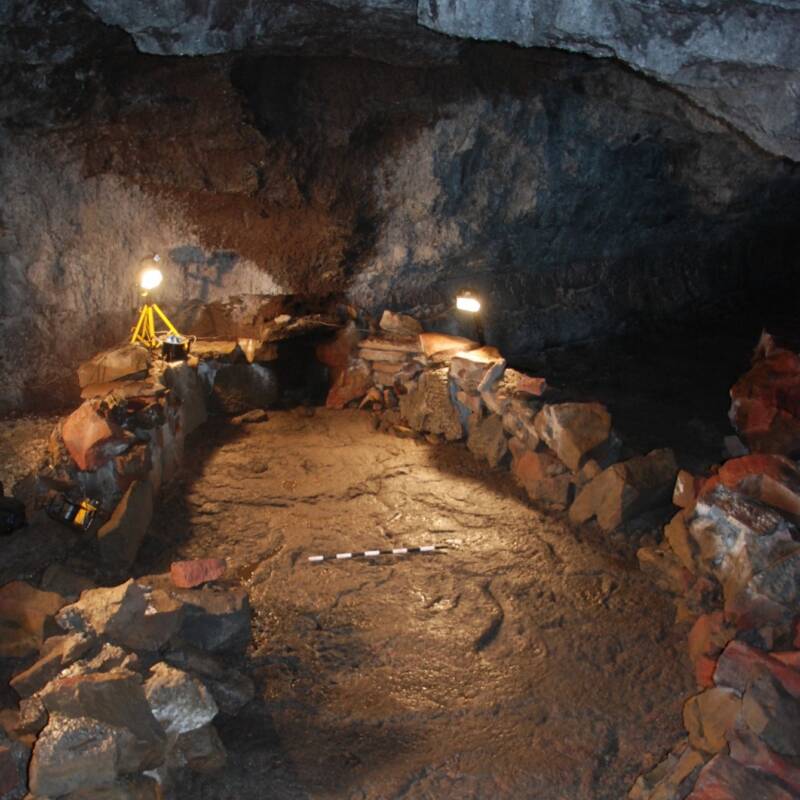 The vigorous archaeological work showed that this band of Vikings would have burned the bones of sheep, cattle, goats, pigs, and horses about 985 feet into the cavernous dwelling. While there’s no direct proof that this was done to appease the gods, there is certainly enough cultural and circumstantial evidence to warrant that notion.

“The impacts of this [Volcanic] eruption must have been unsettling, posing existential challenges for Iceland’s newly arrived settlers,” the study posited.

Since the Ragnarök legend foretold of a world engulfed in flames, it’s likely the eruption would have reminded the Vikings of the world-ending inferno they believed was to come. Most overwhelming are the historical records that suggest Vikings associated this cave with Surtr, the Norse giant who would ultimately initiate Ragnarök.

“The world would end when Surtr, an elemental being present at the world’s creation, would kill the last of the gods in the battle of Ragnarök and then engulf the world in flames,” the study explained.

The team was surprised to find rare beads from the Middle East in the cave. However, the Vikings had certainly traveled that far, making it likely that the decorative items were transported through established trade routes. Naturally, it was the cultural purpose of these beads that Smith was most interested in. 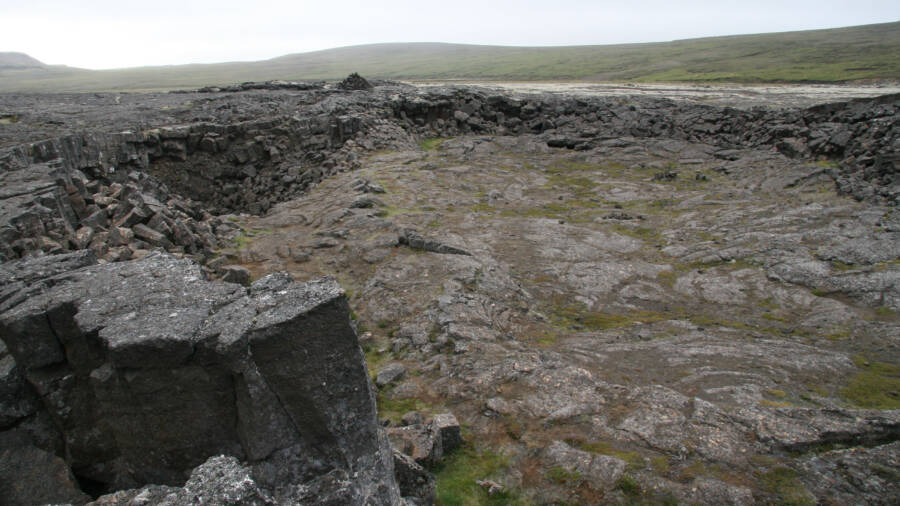 Brown UniversityThe entrance of Surtshellir Cave, which is directly associated with Ragnarök in the historical record of Norse mythology.

Smith explained that three of the 63 beads came all the way from Iraq, while the recovered remains of a Turkish mineral called orpiment were even more intriguing. It’s been long known that orpiment was used to decorate objects, but finding it in Scandinavia — let alone inside of a Viking cave — has been incredibly rare.

Smith called it a “great shock.”

The remains and artifacts uncovered by Smith and his team generated some pressing questions. What were these precious minerals from halfway around the world doing here — and whom were the slew of animal sacrifices meant to appease? Ultimately, the answers might lie in the Ragnarök story itself.

As Norse mythology has it, the end of the world was only made irrevocable by Viking fertility god Freyr dying in battle against Surtr. Smith is thus confident that the sacrifices and exotic gifts were either meant to appease the nefarious villain from ending the world — or to strengthen the hero for his final fight to stop it.

It’s a rather interesting theory, as Viking culture was significantly rooted in agricultural and environmental beliefs. Providing the god of fertility with the remains of healthy and reproductive animals would certainly fall in line with how the Vikings approached the world. Ultimately, however, Christianity put an end to the Viking ways.

Icelanders had already converted to the monotheistic Abrahamic religion around 1,000 years — after the Volcanic eruption and this cave became a sacrifice site. As the study revealed, one of the last items placed into this boat-shaped rock structure was a “set of scale weights with one in the form of a Christian cross.”

After reading about the Viking cave used for animal sacrifice to stave off Ragnarök, learn about 32 Viking facts that uncover one of history’s most misunderstood civilizations. Then, read about eight Norse gods with crazy stories you never learned in school.