The monkey is apparently a cross between a proboscis monkey and a silver langur and may indicate that Borneo's ecosystem is strained. 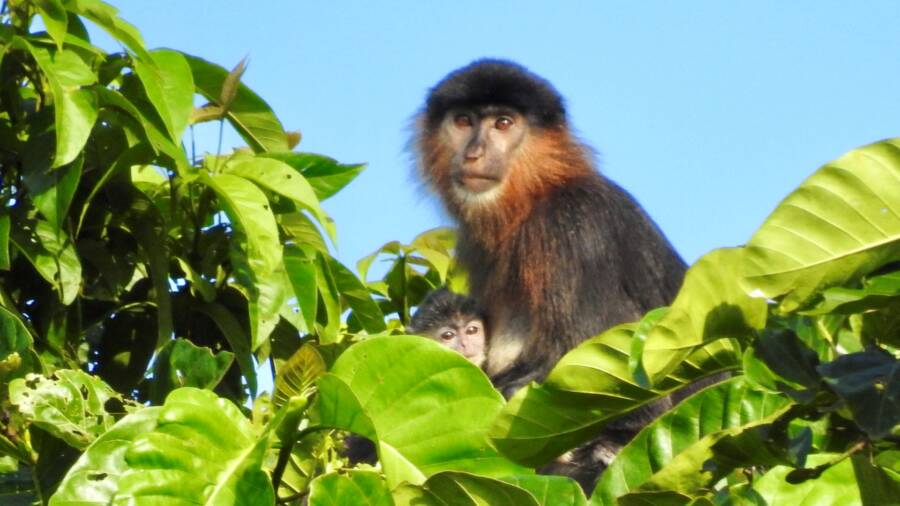 In 2017, scientists noticed something odd in the jungles of Borneo. Amid the leafy trees near the Kinabatangan River in the Malaysian part of the island, they saw a monkey they’d never seen before. Now, they suspect that the “mystery monkey” is a hybrid of two distinct species — and a consequence of human development.

In a study published in the International Journal of Primatology in April 2022, they postulate that the monkey is the offspring of a proboscis monkey (Nasalis larvatus) and a silvery langur (Trachypithecus cristatus).

And, as of 2020, the mystery monkey also appears to have a baby. Because of coronavirus restrictions, the researchers have not been able to observe her in person, but they have seen photos where she appears to be lactating and caring for an infant.

“She appeared to be nursing a baby,” Nadine Ruppert, a primatologist at the Universiti Sains Malaysia and a co-author of the recent study, told Live Science. “We were all in awe, it was quite surreal.”

However, researchers caution that the hybrid monkey and her baby are not necessarily a cause for celebration. In fact, they could mean that Borneo’s ecosystem is under strain. 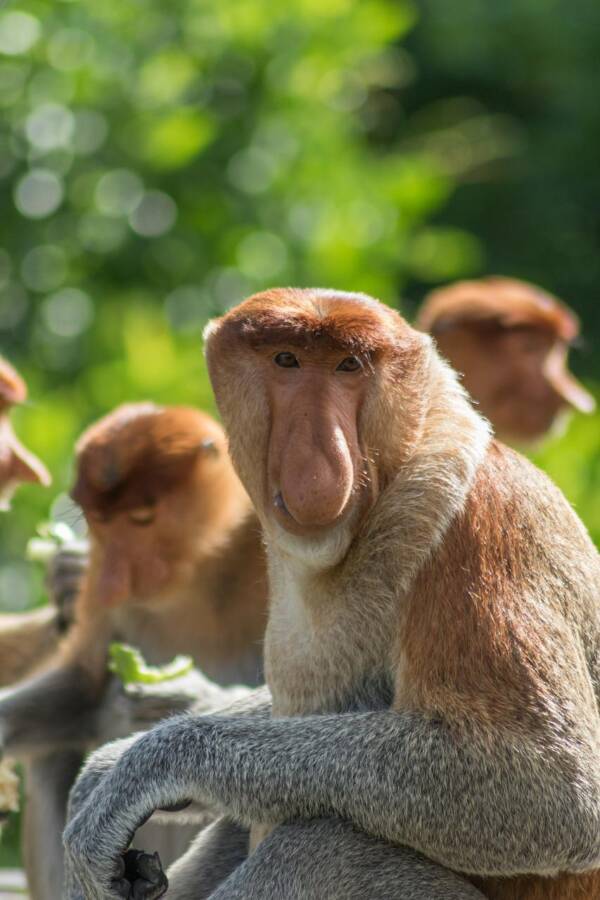 PixabayA proboscis monkey, the larger of the two species that share Borneo’s ecosystem.

That’s because monkeys of two distinct genera, like proboscis monkeys and silvery langurs, rarely interbreed. According to Newsweek, this is the first time a hybrid between the two species has been recorded. It’s also just the second time in history that scientists have observed a hybrid between two distinct species of primates in the wild.

So what’s going on in Borneo? Scientists suspect that a shrinking ecosystem caused by human development is changing how the two species of monkeys interact, causing them to compete for mates and territory.

That’s because both species live in “families” with one male and multiple females. Young males must take over preexisting groups, or start their own. But with less and less territory to branch out into, the bigger proboscis monkeys appear to be mating with the smaller silvery langur.

As such, scientists believe that the hybrid monkey was likely the offspring of a male proboscis and a female silvery langur. “It is an alarming symptom of an ecosystem that already seems out of balance,” Ruppert told Newsweek. 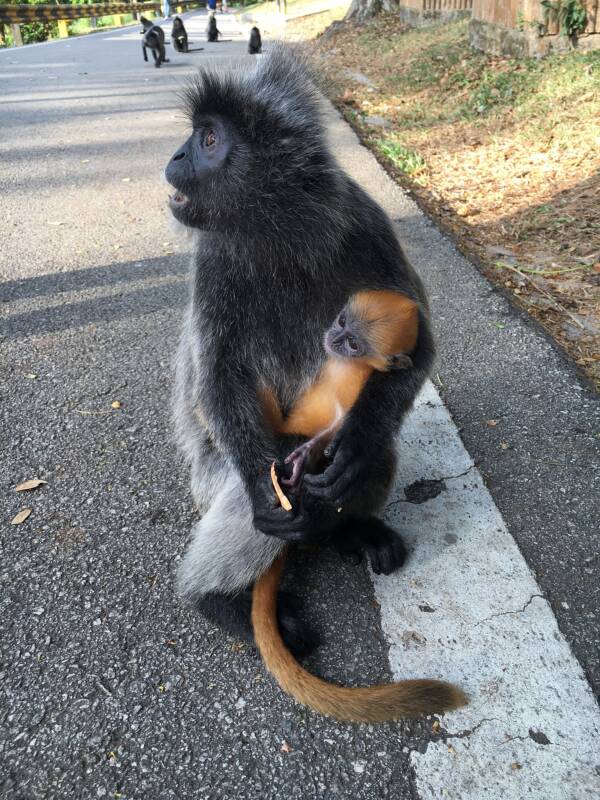 Leonard Reback/Wikimedia CommonsA silvery langur spotted along a road in Malaysia with her baby in 2017.

Indeed, the mystery hybrid monkey seems to be a consequence of human development in Borneo, which Ruppert calls a “tragedy.”

“It’s tragic that both species now cramp together in the remaining narrow riparian forest patches surrounded by oil palm plantations, where they compete for food and mating opportunities,” she told Live Science.

To Newsweek, however, she added that while the hybrid may be a cause for concern, it’s impossible to know how the situation between the two monkeys will develop.

“In the long run, one of these two threatened primate species may be displaced by the other from the area, whereby proboscis monkeys seem to be more dominant than the silver langurs,” she explained.

“If habitat connectivity and dispersal opportunities will not be restored, it is also possible to see another hybrid soon, as mating between the two species seems to occur commonly in the area. But maybe this also was just a one-off random event, it’s hard to tell without further in-depth studies and long-term monitoring.”

For now, scientists will continue to observe the monkeys, and keep their eyes peeled for more mystery hybrids in the trees.

After reading about the mystery monkey in Borneo, discover the story of the polar bear-grizzly bear hybrid found in Canada. Or, learn about Marina Chapman, who claims that she was raised by monkeys.