Meet Marina Chapman, The Woman Who Claims She Was Raised By Monkeys

Marina Chapman says she was four years old when she was abandoned in the Colombian rainforest, where a family of capuchin monkeys adopted her and taught her how to survive. 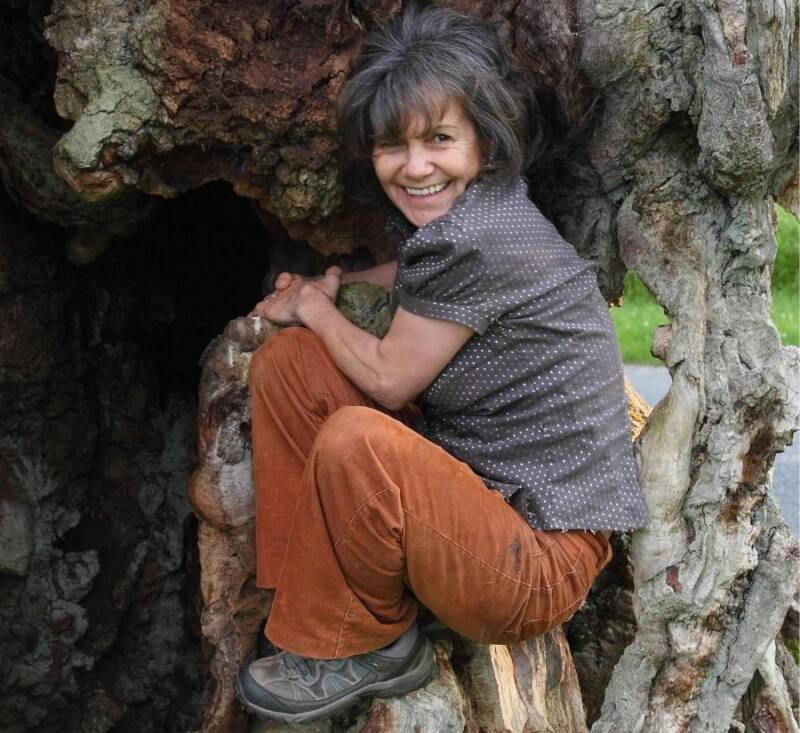 Chapman Family PhotoMarina Chapman learned how to climb trees, forage for food, and crack open nuts from a family of capuchin monkeys that raised her from ages five to 10.

Marina Chapman thinks she was born sometime in the early 1950s, though she’ll likely never know for sure. When she was four, she was abducted near her home in Colombia and abandoned in the jungle — where she was raised by monkeys for the next five years.

Eventually, Chapman claimed that she lost all use of language and soon learned to communicate with the monkeys using their gestures, signals, and tics. She survived by observing the monkeys and learning from them until she eventually gained enough confidence to approach a group of hunters.

Although they took her out of the rainforest, it was far from a rescue. They sold her to a brothel in Cúcuta. She escaped, but only briefly. Soon, she became enslaved as a domestic worker for a local mafia family. From there, she floundered on the streets for years before true rescue came.

When Chapman was in her teens, a neighbor adopted her and eventually moved to Yorkshire, England. Chapman has stayed there ever since, marrying and having a family of her own before publishing a memoir in 2013. And though experts have cast doubt on parts of her story, few have have claimed that none of it could have happened.

How Marina Chapman Was Raised By Monkeys

The first memory Marina Chapman has is the feeling that men were creeping up behind her. Then, a hand reached around her head and smothered her nose and mouth with a white cloth, and everything went black.

The next thing she remembers is waking up in a truck deep in the Colombian rainforest, where a group of men forced her out of the vehicle and abandoned her. She recalls thinking they would return, but they never did. 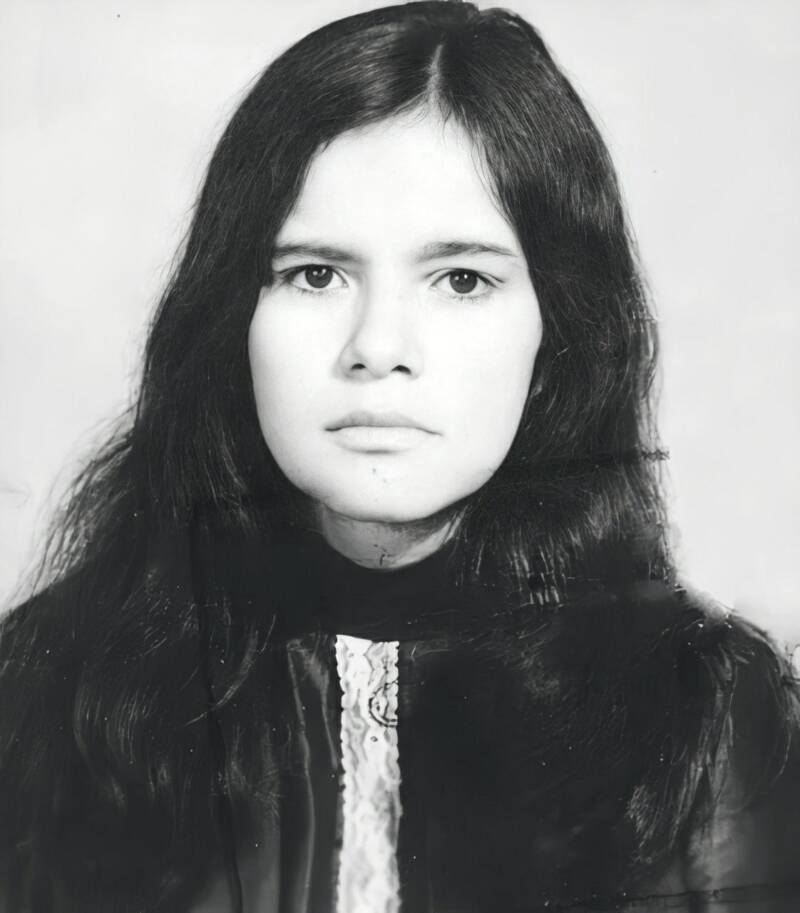 And from then until around the age of 10, she says she lived in the jungle with little to no human contact and was exclusively raised by a large family of capuchin monkeys.

“They were just tolerating at first. They don’t really love you,” she told The Guardian.

“One day one of the younger ones landed on my shoulders, and if you’ve never been hugged in your life, and this animal climbs over your shoulders and puts their hands on your face, I tell you it’s the nicest touch.”

Her means of survival were confined to foraging, usually subsisting on nothing more than scraps left behind by the capuchins she lived with. But she quickly realized if she followed around monkeys holding large bunches of bananas, some would fall to the ground and she could eat those.

The monkeys taught her how to climb trees, crack nuts with tools, and walk on all fours. She even claims to have learned how to make a bed in the tree branches to sleep at night. And once, she says a kindly older monkey saved her life when she got sick with a terrifying stomach pain.

“He squeezed my arm firmly, then began shaking me slightly, shoving me, as if determined to herd me somewhere else,” Chapman says. He led her to a stream of muddy water and forced her head in. She drank mouthfuls of it and began to vomit. Soon, she began to recover.

From then on, she referred to him as “Grandpa,” and was accepted even more into the group, who started to groom her and share their food.

The Controversy Surrounding ‘The Girl With No Name’ 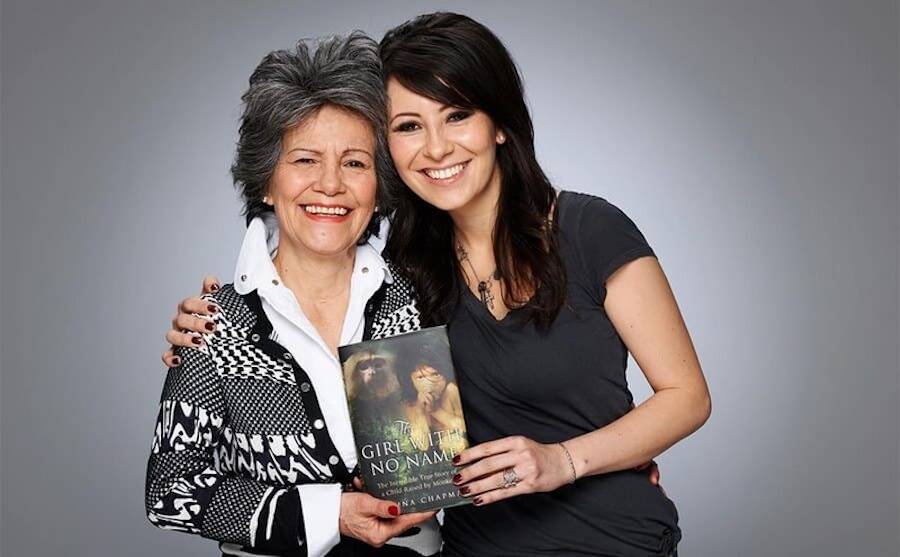 Marina Chapman/FacebookMarina Chapman with her daughter Vanessa James and Chapman’s memoir, The Girl With No Name.

In 2013, Marina Chapman published a memoir about her time in the rainforest, The Girl with No Name: The Incredible Story of a Child Raised by Monkeys, co-written with her daughter Vanessa James. And ever since, experts have had questions about her incredible tale.

Primatologists have pointed out that many of the behaviors that Chapman claims the monkeys performed had little, if any, basis in reality. For example, Chapman claimed that the capuchin monkeys built nests and beds in the trees. But countless hours of studies have determined that capuchins don’t engage in this practice.

What’s more, scientists point out even at the age of five, Chapman would have been more than twice the size of a capuchin monkey and likely viewed as a predator rather than a friend. But she has a simple explanation for that.

“The thing is with animals, they have an instinct. They know [a child is] not going to hurt them,” Chapman told The Sun. “They kept staring and staring and when you see them still there for a long time, you’re not doing very much, they got used to seeing me.”

And yet, and indeed perhaps because of these types of leaps of faith that Chapman’s book requires of readers, The Girl With No Name was rejected several times before it was ultimately picked up by a major publisher, giving it the weight of truth.

Despite its publication, experts still believe Chapman took several creative licenses with her story. But Chapman faces them head-on, even admitting that the subtitle of the book is misleading: she learned from watching them, but they did not provide for her.

Marina Chapman has no recollection of the chronology of events that took place in her childhood. Her first memory is of her kidnapping. Everything before that is a blank. And everything after that gets merged together in the long, uneventful days of living in the rainforest. 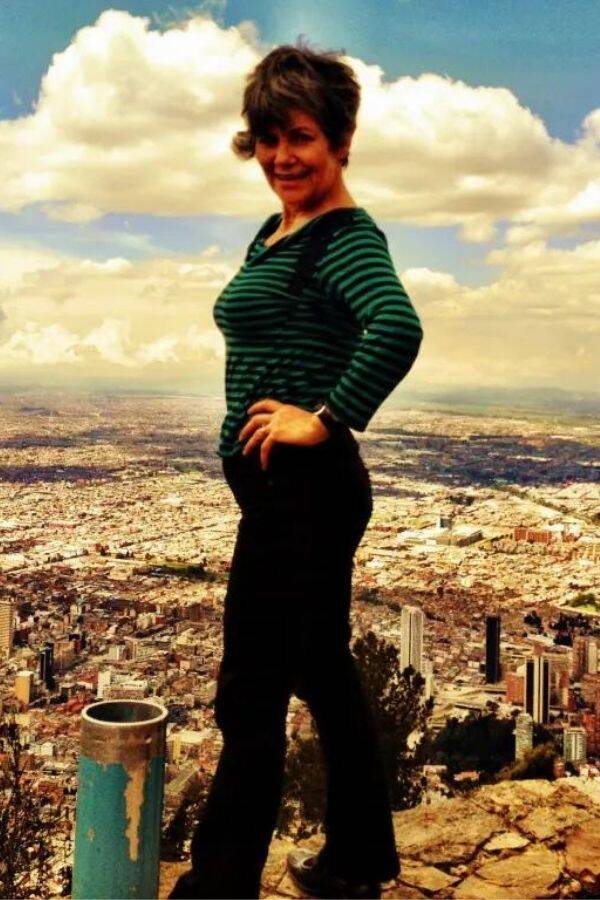 “I keep working at it, but there is nothing. I’ve tried to imagine it so many times,” she says.

In 2007, Chapman and her daughter Vanessa even went to Colombia to try to reconstruct her memories to no avail. So to write the book, the pair stitched together stories Chapman told over time to create a narrative out of what Vanessa calls the “mushy blend of basic jungle life and survival.”

“Like when visiting a farmers market and her seeing a Brazil nut pod, or a small banana, or seeing her grandkid hit the other with a long branch, naturally occurring triggers like that would always pull a story out,” Vanessa said.

But Katherine MacKinnon, a biological anthropologist at Saint Louis University, believes that Marina Chapman is at best misremembering events, though she stops short of saying she is outright lying about them.

Despite Chapman’s belief that “Grandpa” was trying to help her, MacKinnon believes that the monkey was actually trying to drown her. And she questions the ability of a five-year-old girl like Chapman to survive the jungle, especially with no prior knowledge of the environment.

“I think getting enough basic nutrition with no knowledge of the forest or no human to show her would be near impossible to impossible,” MacKinnon said.

Yet in spite of experts’ skepticism, Marina Chapman’s story continues to be told with fervent intent. And Vanessa Chapman says the criticism doesn’t bother her or her mother anyway.

“We’re not trying to prove anything,” she said. “We’re just telling our family story, and it doesn’t matter what people think really.”

After learning about Marina Chapman, read the tragic story of Dina Sanichar, the “real-life Mowgli” who inspired The Jungle Book. Then, read all about Genie Wiley, the feral child that science and society failed.