Inside The Disturbing Death Of Johnny Lewis, The ‘Sons Of Anarchy’ Star Who Killed His Elderly Landlady

In the months leading up to his demise on September 26, 2012, Johnny Lewis broke into a woman's apartment, punched a man outside a yogurt shop, and tried to kill himself.

When police responded to a call about a woman screaming in Los Angeles’s Los Feliz neighborhood on Sept. 26, 2012, they came across a grisly sight. Inside the house at 3605 Lowry Road, they found a woman bludgeoned in a bedroom, a beaten cat in the bathroom, and actor Johnny Lewis lying dead in the driveway. 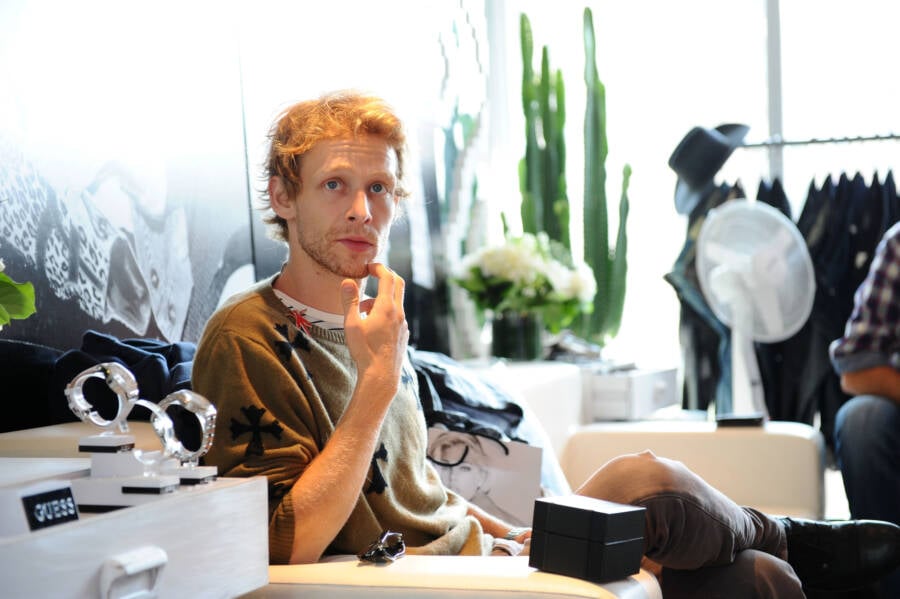 Charles Leonio/Getty ImagesActor Johnny Lewis in September 2011, roughly a year before his shocking death at the age of 28.

It soon became clear that the 28-year-old Lewis, who had starred in TV shows like Sons of Anarchy, Criminal Minds, and The O.C., had killed the woman and her cat, attacked her neighbors, and then jumped to his death from the roof. But why?

Before long, his stunning and tragic downfall began to take form. The once-promising young actor had suffered a number of personal setbacks in recent years, triggering a devastating spiral that ended with his tragic death.

The Rise Of Johnny Lewis In Hollywood

Born on October 29, 1983, in Los Angeles, Jonathan Kendrick “Johnny” Lewis started acting at a young age. According to Los Angeles Magazine, his mother started taking Lewis to auditions at the age of six.

There, the blond-haired, blue-eyed Lewis quickly won over casting agents, who put him in commercials and then TV shows like Malcolm in the Middle and Drake & Josh. As Lewis grew up, he also snagged roles on shows like The O.C. and Criminal Minds. 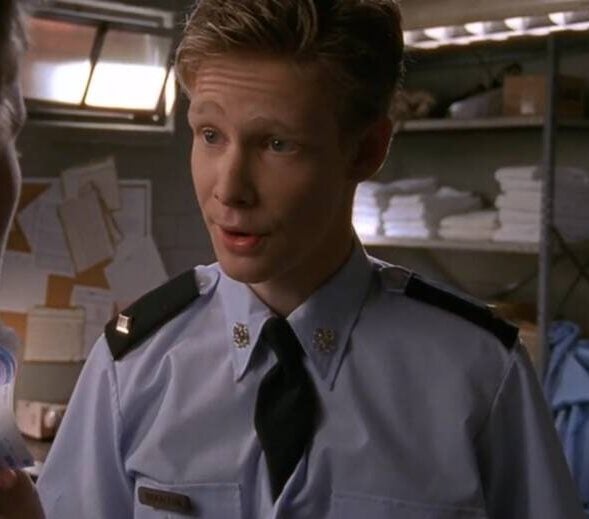 IMDbJohnny Lewis on Malcolm In The Middle in 2000.

Despite his success, Lewis struck many who knew him as different from most young actors. Though he lived in Hollywood’s “frat row” and dated a young pop star named Katy Perry, Lewis preferred poems to parties.

But 2009 would prove to be one of Johnny Lewis’ last good years. Then, he decided to leave his two-season stint on Sons of Anarchy — he thought the storylines had gotten too violent and wanted to work on a novel — and found out that his girlfriend, Diane Marshall-Green, was pregnant.

Sadly, things soon started to go sour for Johnny Lewis. The subsequent years would usher in his fatal, downward spiral. 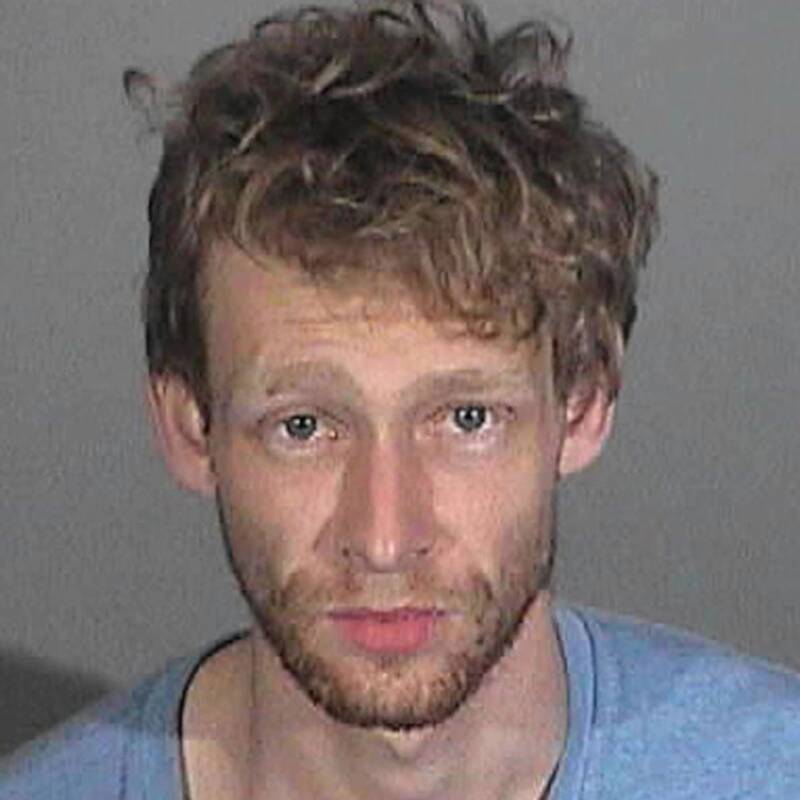 Santa Monica Police DepartmentJohnny Lewis in a mugshot from 2012.

For Johnny Lewis, the next three years brought blow after blow. In 2010, after the birth of his daughter, Culla May, his relationship with Diane Marshall-Green deteriorated. Soon, Lewis found himself mired in a bitter and ultimately unsuccessful custody battle over his infant daughter.

The next year, in October, Lewis crashed his motorcycle. Though doctors saw no evidence of a concussion, Lewis’s family believes that his behavior began to change after the crash. He refused MRIs and sometimes slipped into an odd British accent.

And in January 2012, Johnny Lewis became violent for the first time. While staying at his parents’ condo, he broke into the unit next door. When two men entered and asked him to leave, Lewis fought with them, striking both men with an empty Perrier bottle.

Charged with trespassing, burglary, and assault with a deadly weapon, Lewis was sent to the Twin Towers jail. But there, he smashed his head into concrete and tried to jump from two stories up. Lewis was subsequently and involuntarily sent to a psychiatric ward, where the actor spent 72 hours.

Things quickly got even worse. Over the next two months, Lewis tried to kill himself, became hypersensitive to light — he even disabled his parents’ fuse box — punched a man outside a yogurt shop, walked into the ocean fully clothed, and tried to break into a woman’s apartment.

After the attempted break-in, Lewis’s probation officer noted that they were “very concerned for the well-being of not only the community but that of the defendant … he will continue to be a threat to any community he may reside.”

And those close to Lewis agreed that something had changed. “[Lewis] was another person completely,” Tucker told Los Angeles Magazine. “He had a look I’ve only seen in disturbed veterans of war. His memory was scattered. He vacillated between basic lucid conversation and incoherence.”

Yet things seemed to improve over the summer. Johnny Lewis spent time at the Ridgeview Ranch, which offered treatments for drug abuse and psychosis. He was also prescribed medications to treat schizophrenia and bipolar disorder.

In a journal entry in July 2012, Lewis wrote: “Felt more whole today … more complete, like parts of myself had been stolen in my sleep and scattered all over the world and now they’ve begun to return.”

Sentenced to a year in jail that autumn, Johnny Lewis spent just six weeks behind bars due to overcrowding. Then his father, hoping to bring serenity and stability to his son’s life, arranged for him to stay at the Writers’ Villa, a multi-room residence for up-and-coming L.A. creatives where Lewis had stayed briefly in 2009.

Tragically, Lewis’ short stay there would end with his death — and with the death of his 81-year-old Cathy Davis. 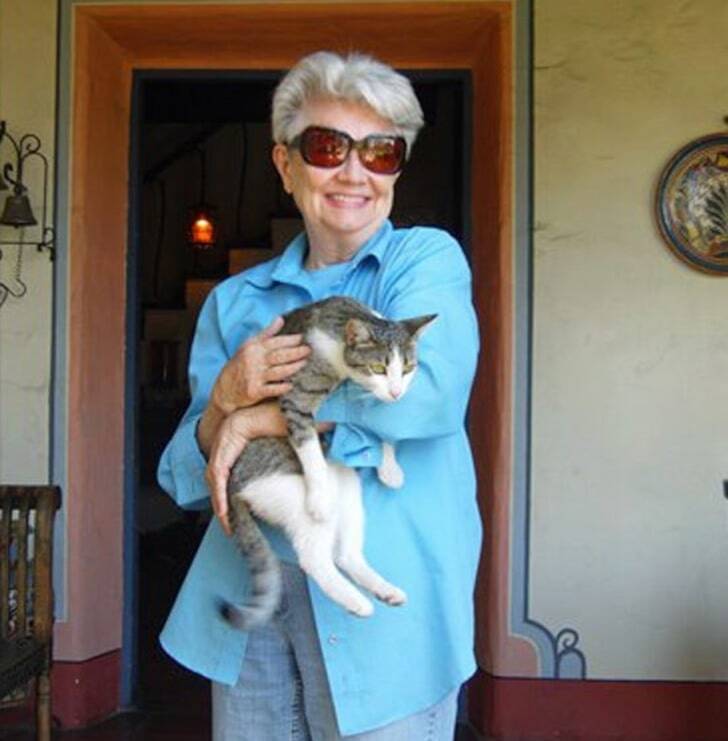 FacebookCathy Davis opened up her home to up-and-coming actors and writers starting in the 1980s.

On Sept. 26, 2012, just five days after leaving jail, Johnny Lewis became agitated at his new home. It’s unclear what upset him — his friends speculated that Cathy Davis may have reprimanded him after he tried to disable the fuse box — but what happened next is heartbreakingly clear.

After introducing himself to a confused neighbor, Dan Blackburn, Johnny Lewis confronted Cathy Davis in her bedroom where he strangled and beat her to death before chasing her cat into the bathroom and beating it to death too.

The coroner later noted that Lewis had “fractured [Davis’s] entire skull and obliterated the left side of her face, leaving her brain exposed” and that brain matter could be seen on the floor around her.

Following the attack, Lewis returned to Blackburn’s yard, where he pounced on a housepainter, punched Blackburn when he tried to intervene, and chased the painter, Blackburn, and his wife into their house. Blackburn later told the Los Angeles Times that Lewis seemed impervious to pain and that hitting him was like “hitting him with a fly swatter.”

At that point, Lewis returned to the Writers Villa — where he jumped or fell 15 feet from the roof. Police, responding to a 911 call about a woman screaming, found Davis, her cat, and Lewis dead at the scene.

“It’s a terrible tragedy as far as we’re concerned and we’re digging into the bottom of it,” LAPD spokesman Andrew Smith told People in the aftermath.

But there wasn’t much to dig into. The police had no other suspects except for Johnny Lewis.

The Aftermath Of A Hollywood Tragedy 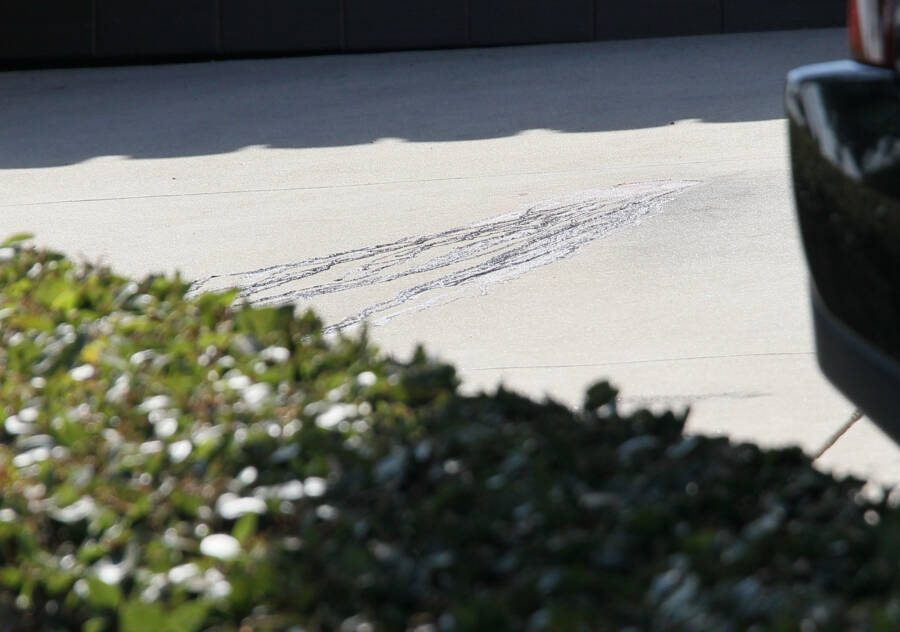 David Livingston/Getty ImagesJohnny Lewis’s blood streaks the driveway where he fell in front of the Writers’ Villa.

Confusion, shock, and horror followed in the wake of Johnny Lewis’ death. At first, many publications speculated that Lewis had been high on something. The Los Angeles Times even reported that detectives thought he’d taken a synthetic drug known as C2-I or “smiles.” However, Lewis’ autopsy found no drugs in his system.

Indeed, though the root of Johnny Lewis’ actions proved hard to pin down, several people close to him admitted that they weren’t altogether surprised by the horrible turn of events.

“It was a tragic end for an extremely talented guy, who unfortunately had lost his way. I wish I could say that I was shocked by the events last night, but I was not,” Sons of Anarchy creator Kurt Sutter wrote on his website. “I am deeply sorry that an innocent life had to be thrown into his destructive path.”

And Lewis’s lawyer, Jonathan Mandel, told CBS News, “Johnny Lewis had a lot of problems, a lot of mental problems. I recommended treatment for him but he declined it.”

Mandel also told E! News that his client suffered from “psychosis” and that “clearly, it did impede his judgment.”

Some pointed the finger at Lewis’ parents, both of whom are Scientologists, a religion that discourages psychiatric treatments. But Lewis’ father said that he encouraged his son to seek help. Mandel confirmed that.

“I give a lot of credit to his parents,” the attorney said to CBS News. “They were really strong in trying to help him out. They really went to bat for him, but I guess they just couldn’t do enough.”

Indeed, in the end, no one could.

After reading about the shocking death of Johnny Lewis, discover the tragic stories of other talented performers who had their lives cut short following a spiral, like River Phoenix or Whitney Houston.