The Tragic Story Of Jacob Stockdale, The Former ‘Wife Swap’ Contestant Who Killed His Mother And Brother

Nine years after his conservative family was featured on the ABC show "Wife Swap," Jacob Stockdale fatally shot his mother and brother before attempting to kill himself.

The show Wife Swap has a light-hearted premise. For two weeks, families with opposing values and ideologies “exchange” wives. But many viewers don’t know about the so-called Wife Swap murders, when one of the children featured on the show ended up killing his real-life mother and brother.

On June 15, 2017, 25-year-old Jacob Stockdale fatally shot his mother, Kathryn, and his brother, James, before turning the gun on himself. Though Jacob survived, his motives remain somewhat mysterious.

But the woman who swapped places with Jacob’s mother for a 2008 episode of Wife Swap has a chilling theory.

The Stockdale-Tonkovic Episode Of Wife Swap 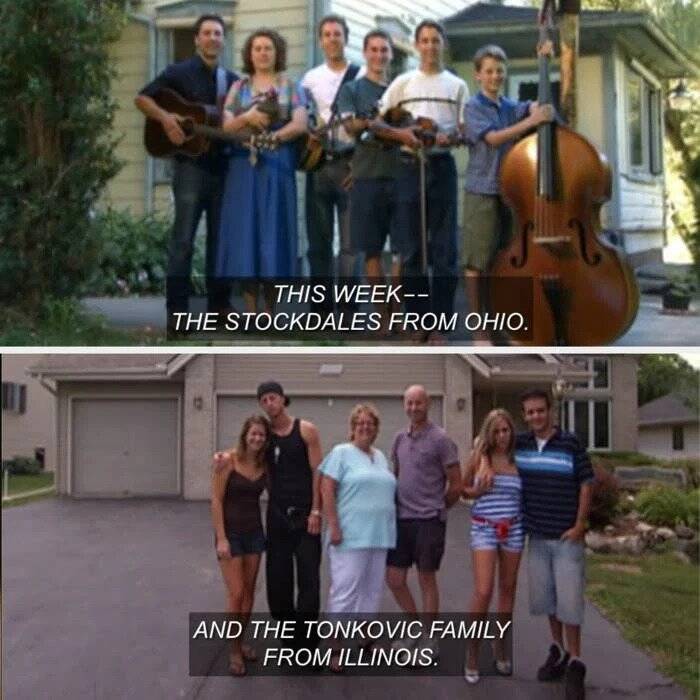 ABCOne of the families featured in the Stockdale-Tonkovic episode would become victims of the Wife Swap murders.

On April 23, 2008, the “Stockdale/Tonkovic” episode of Wife Swap aired on ABC. It featured the Stockdale family from Ohio and the Tonkovic family from Illinois. As usual, the families featured on the show had completely different philosophies about life and raising children.

The Tonkovic family — Laurie, her husband John, and their children T-Vic and Meghan — were easygoing and laid back. “You only have so long, so enjoy every day as it comes,” Laurie said on the show, which depicted her dancing with her children, bringing burgers home, and liberally handing out cash.

But the Stockdale family — Kathy, her husband Timothy, and their sons Calvin, Charles, Jacob, and James — had a totally different perspective on family life. Their version of fun was their “wholesome family bluegrass band.” The children were kept in relative seclusion “to protect the boys from bad influences” and had to work for privileges like listening to the radio.

“We don’t allow any cussing,” Katy Stockdale said. “I think that dating has physical dangers like pregnancy. It’s not worth it. It’s important we have control over their character and their education.”

As expected, Kathy and Laurie both drummed up drama in their “new” families. But nine years later, the Wife Swap murders proved that the TV show had only shown the tip of the iceberg in the Stockdale home.

Inside The Wife Swap Murders 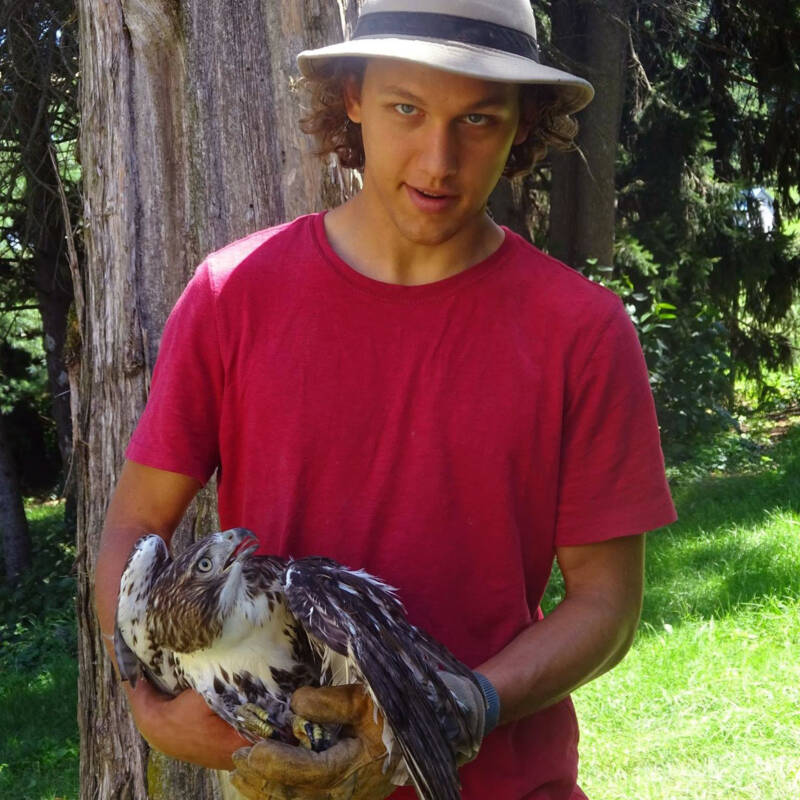 On June 15, 2017, police responded to a 911 hang-up call at a residence in Beach City, Ohio. According to People, officers heard a single gunshot when they arrived and entered the home to find Jacob Stockdale, 25, bleeding from a gunshot wound to the head.

Further inside the house, they also found the bodies of Kathryn Stockdale, 54, and James Stockdale, 21. Quickly, the officers surmised that Jacob had killed his mother and brother, before turning the gun on himself. He was taken to the hospital, where doctors were able to save his life.

“James, our youngest brother, has always been a catalyst of family fun,” Calvin Stockdale, the oldest child, said in a statement. “He leaves behind many friends and a family that loved him dearly. My brother, Jacob, is still in critical condition and we are praying for his physical recovery as our family makes funeral plans and begins the healing process.”

Timothy, the family’s patriarch, also released a statement following the Wife Swap murders. He said, “Kathy has been my beloved wife of 32 years and a wonderful mother to our four sons. She loved nothing more than being a mother and grandmother. She had a strong love of learning and was passionate about her Christian faith, natural health, and organic farming.”

After Jacob Stockdale sufficiently recovered from his wounds, he was charged with the murder of his mother and brother. But why did he do it?

“It’s hard to, you know, kind of surmise what the motive may have been,” said Stark County Sheriff George T. Maier following the shooting. “There is some speculation; we don’t really want to get into that part of it but we will continue to investigate this case and try to determine if there is a motive. We just do not know at this time.”

Though no official motive was ever released, Laurie Tonkovic, Jacob’s temporary “mother” during the 2008 episode of Wife Swap, has a theory for why Jacob attacked his family members.

“When I switched the rules and I was going to let them have fun, let them have a television and video games, and experience life a little bit, [Jacob] ran outside crying,” she told TMZ.

“And when I went out after him, I asked him what was wrong, and he said that his mom and dad would tell him that he would ‘burn in hell.’ God gives you free will – free will, they didn’t have. They weren’t allowed to make choices. I think it just caught up to him.”

Laurie speculated that Jacob’s “strict upbringing” caused him to “snap.” So, where does the case of the Wife Swap murders stand today? 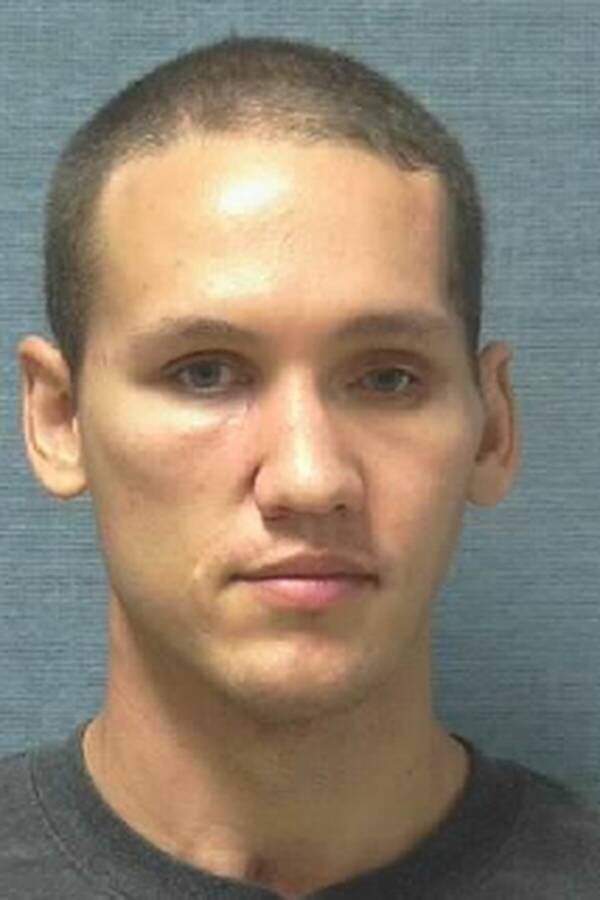 Stark County Sheriff’s OfficeJacob Stockdale was found fit to stand trial and sentenced to 30 years in prison for the grisly double murder.

Following Jacob Stockdale’s indictment and arrest in October 2018, Jacob pled not guilty by reason of insanity. He spent two years in mental health facilities, from which he tried to escape twice.

He was later found to be sane at the time of the Wife Swap murders, however, and shortly before his trial in May 2021, he pled guilty to killing his mother and brother. He was handed two 15-year sentences, one for each death, and will spend 30 years in prison.

To date, the Stockdale family has said little about the Wife Swap murders. Privately, they asked the judge to approach Jacob’s case with leniency.

The Wife Swap murders stand as a chilling example of the limitations of reality TV. Shows like it claim to give audiences intimate views of other people’s lives. But when Jacob Stockdale killed his mother and brother, he proved that there’s often more to the story than the TV cameras can see.

After reading about Jacob Stockdale and the Wife Swap murders, discover the story of Zachary Davis who bludgeoned his mother and tried to burn his brother alive. Or, see why this Minnesota man lived with the bodies of his mother and brother for over a year.