66-year-old retired geologist Jim Fitton pocketed a few stones at the ancient site of Eridu in southern Iraq and was later arrested at the airport when officials searched his bags. 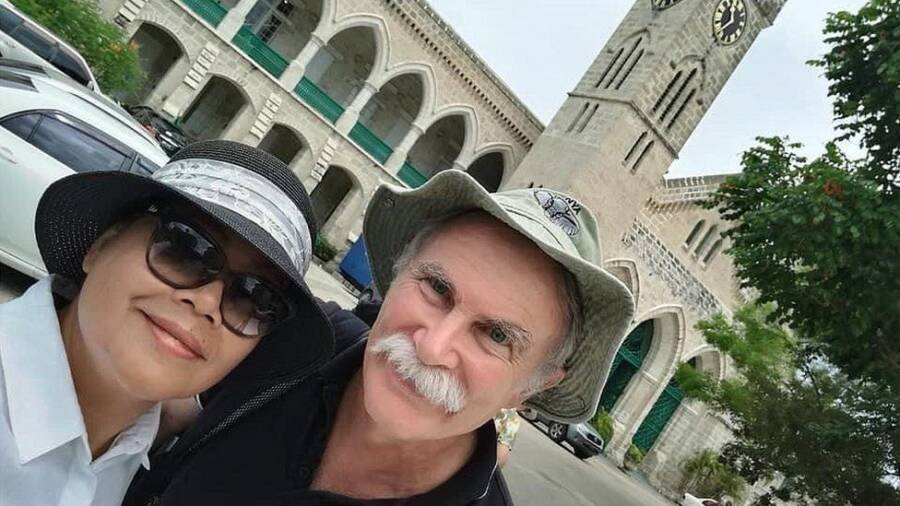 Jim FittonJim Fitton’s family has started a petition online urging for him to be freed.

To Jim Fitton, the rocks and shards of pottery lying in the sand in Eridu, Iraq, didn’t look like much. The 66-year-old picked up a couple to take home as souvenirs and continued with his tour. But Fitton was arrested at the airport — and learned that he could face the death penalty for smuggling historic artifacts.

“Iraqi law says if anyone is convicted of this crime, they are punishable by execution. Full stop,” Fitton’s son-in-law, Sam Tasker, told The Guardian. “There’s no range or gradation of sentence, or any allowance for mitigating circumstances. By the letter of the law, if Jim is found guilty of what he is accused of, he will be executed.”

Fitton, a native of Bath, England, who lives in Malaysia, was on an archeology tour when his group stopped in Eridu. According to his family, Fitton and other members of the tour were told that it was perfectly acceptable to pick up rocks and pieces of pottery which were scattered in the sand.

“These fragments were in the open, unguarded and with no signage warning against removal,” they wrote in an online petition urging for Fitton to be freed. “Tour leaders also collected the shards as souvenirs at the site in Eridu. Tour members were told that this would not be an issue, as the broken shards had no economic or historical value.”

But on March 20, 2022, Fitton and a German member of his tour were arrested at the airport after officials found the rocks and shards in their baggage. For a grueling three months, they were held in an Iraqi prison awaiting trial while Fitton’s family pleaded feverishly for his release.

And according to them, they didn’t have much help from the British government, either. Tasker told The Independent that their family felt “completely abandoned” by the Foreign Office. 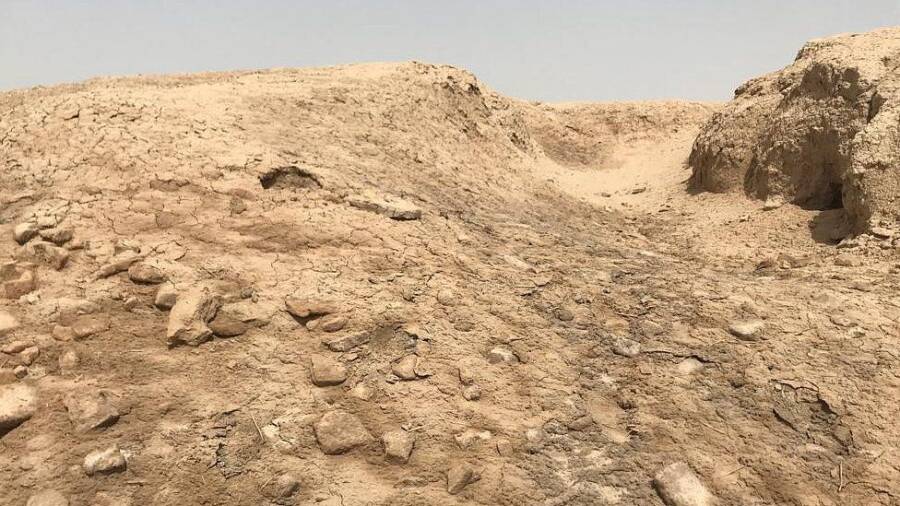 Jim FittonAccording to Fitton’s family, the rocks Fitton picked up were “in the open, unguarded and with no signage warning against removal.”

According to The Guardian, the Foreign Office minister, Amanda Milling, acknowledged the case and reached out to Iraq about the possibility that Fitton could face the death penalty. But Fitton’s family said that the British government wasn’t doing enough to help.

“[A]s a British citizen abroad do not expect the Foreign Office to save you if you get into trouble outside of your control, because clearly they won’t, “Tasker told The Independent. “At least it seems to us at the moment.”

He added: “And now we find ourselves in the situation where we’re just throwing everything at the wall now to see what sticks because we just don’t have the time to waste anymore.”

As the family awaited Fitton’s trial, they tried to remain hopeful that Iraqi officials would take his age into account, as well as the fact that he’d meant no harm when he picked up the rocks in Eridu.

“He’s got no criminal record,” Tasker told The Guardian. “He’s a geologist jobbing around the world for 40 years. He’s a hugely experienced traveler, a wonderfully erudite man. He is the most multicultural, respectful man I’ve ever met. A crime involving devaluing the cultural history of another nation is the last thing Jim would want to do.”

Fitton’s daughter, Leila, echoed the statement, telling The Independent, “[He’s] a real nerd when it comes to geology. He’s a very quiet person, very reserved, he loves his books. And he’s one of my best friends.”

Fitton’s family’s petition garnered over 120,000 signatures, as they insisted that the punishment, death, did not fit Fitton’s offense.

“Please help free our father,” Fitton’s family wrote in their petition. “He is a retired geologist and a loving family man, not a criminal. The foreign office needs to do everything they can to save his life and bring him home.”

As the BBC later reported, their pleas did not fall on deaf ears.

In June, Fitton was found guilty of the crime, but the court took account of his “advanced age,” and rather than sentence him to death, ordered that he be imprisoned for 15 years — meaning he would be firmly in his mid-80s when he got out.

Tasker meanwhile told the BBC that the conviction was “tantamount to a death sentence,” and, “so far, the Foreign Office are effectively washing their hands on any capabilities to support.”

Thankfully, after an appeal, the court ultimately overturned Fitton’s conviction, and the retiree was able to return home to his family in Malaysia.

“It was a nightmare, worse than a nightmare,” Fitton’s daughter told the BBC. “I couldn’t really sleep, I feel like I’ve not slept for months.”

“I don’t think he quite believed it either,” Tasker said. “Obviously, it’s a huge kind of release of four months’ worth of the most stress you’ve ever experienced in your life. There’s no kind of playbook in these situations. No one tells you what to do.”

After reading about the British tourist who may face the death penalty for picking up stones in Iraq, discover the story of how Hobby Lobby stole Iraqi artifacts. Or, delve into the controversial legacy of Gertrude Bell, the British “Desert Queen” of Iraq.