Why On Earth Was Hobby Lobby Caught Smuggling Stolen Ancient Iraqi Artifacts Into The US?

The arts and crafts chain has agreed to return more than 5,500 stolen ancient Iraqi artifacts and pay a $3 million fine. 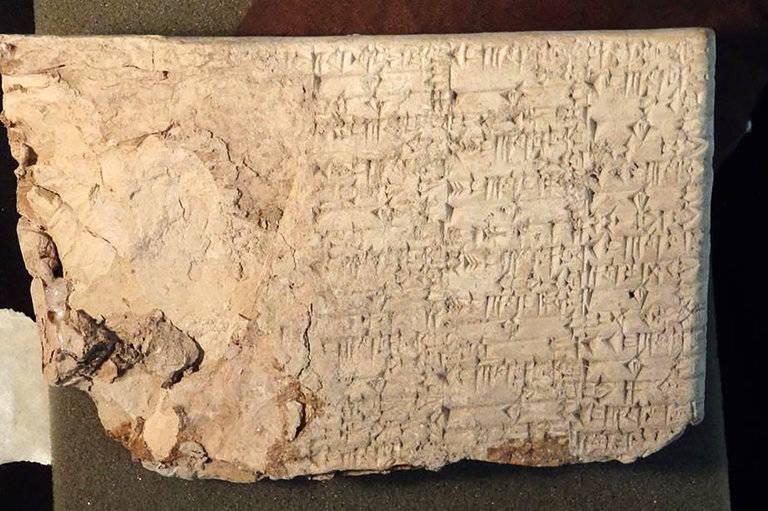 United States Attorney for the Eastern District of New YorkA clay cuneiform tablet, one of the artifacts the owners of Hobby Lobby illegally imported into the United States from Iraq.

Hobby Lobby, the giant American arts and crafts chain, has apparently been smuggling thousands of ancient Iraqi artifacts into its stores.

In a press release published Wednesday, the United States Department of Justice revealed that it has been investigating the company for years — ever since U.S. Customs and Border Protection (CBP) began intercepting suspicious packages in 2009.

In a settlement reached Wednesday, the retailer agreed to forfeit the more than 5,500 smuggled artifacts and pay an additional $3 million fine.

The shipments first came to the CBP’s attention when they were found to be falsely labeled as ceramic or clay tiles from Turkey and Israel — rather than ancient clay writing tablets from Iraq.

It’s likely that the Christian owners of Hobby Lobby were trying to bolster their collection for their upcoming Museum of the Bible, in which they have invested $500 million and hope to open this November in Washington, D.C. 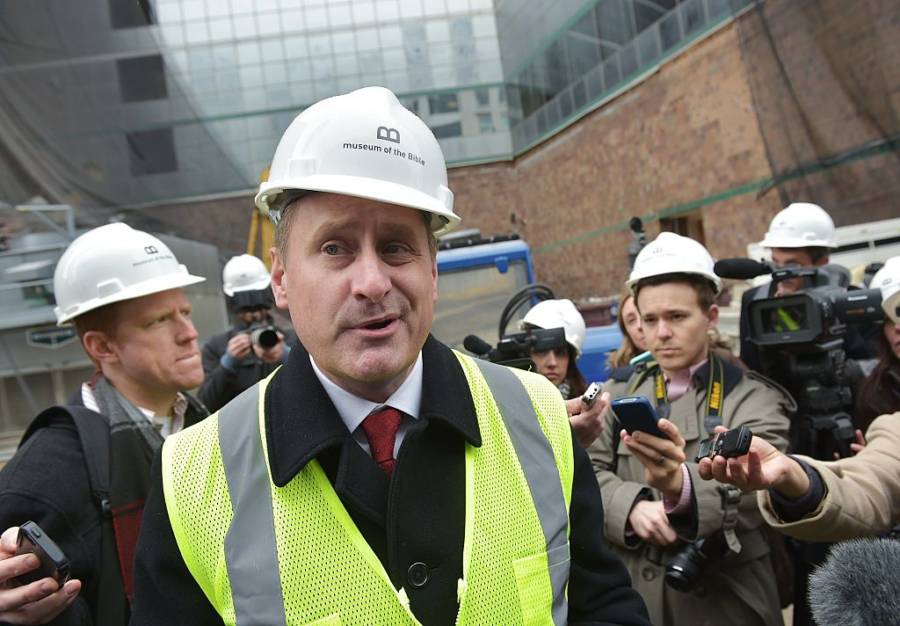 MANDEL NGAN/AFP/Getty ImagesSteve Green, president of the Hobby Lobby craft store chain, speaks following a press conference at the site of the Museum of the Bible on February 12, 2015 in Washington, DC.

The company has made numerous efforts to spread evangelical Christianity over the years — producing Christian films, fighting mandates that employers pay for female employees’ birth control, and collecting items “consistent with the company’s mission and passion for the Bible.”

It’s also likely that they knew they weren’t supposed to be buying this stuff.

In the release, it was noted that the deals Hobby Lobby made with dealers through the United Arab Emirates and Israel were “fraught with red flags.”

For one, the $1.6 million paid for the artifacts was well below their value.

“In addition, Hobby Lobby representatives had not met or communicated with the dealer who purportedly owned the artifacts, nor did they pay him for the Artifacts,” the report reads. “Rather, following instructions from another dealer, Hobby Lobby wired payment for the artifacts to seven personal bank accounts held in the names of other individuals.” 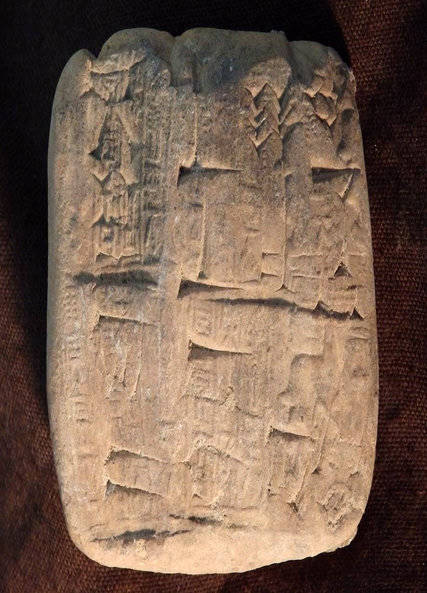 United States Attorney for the Eastern District of New York

If these signs weren’t obviously sketchy enough, an expert on cultural property law had also blatantly warned Hobby Lobby that they were probably buying stolen goods.

“We should have exercised more oversight and carefully questioned how the acquisitions were handled,” Hobby Lobby President Steve Green said in a statement.

This case is part of a growing trend in the United States, where a record $100 million worth of ancient artifacts from the Middle East and North Africa found its way to the U.S. last year — much of it likely stolen from the conflict-ridden Middle East.

The hobby lobby revelations are further proof karma is real and God has a sense of humor. https://t.co/yrDc0oIQDj

Though the origins of these particular goods remain unknown, it’s possible that they are some of the many treasures that have been looted from Iraq since the war with the U.S. began.

For example, by the time American troops arrived to protect Baghdad’s Iraq Museum — which experts had warned them was exceptionally vulnerable — on April 16, 2003, thieves had stolen about 15,000 irreplaceable artifacts.

“Every single item that was lost is a great loss for humanity,” Donny George Youkhanna, the former director for the country’s museums, had said. “It (was) the only museum in the world where you can trace the earliest development of human culture—technology, agriculture, art, language and writing—in just one place.”

12,500 of the country’s archaeological sites remained vulnerable to looting for years as the war waged on.

ISIS has reportedly earned millions — possibly even billions — by plundering the regions it conquers and selling them. As yet, there is no proof these ISIS garage sale items ended up in the hands of one of America’s most staunchly Christian corporations.

Next, read about how the gender pay gap in the White House has tripled under Donald Trump. Then, check out our brief history of birth control.