Meet Tracy Edwards, The Only Man To Escape From Jeffrey Dahmer’s Deadly Clutch

Tracy Edwards was 32 years old when he went home with Jeffrey Dahmer one night in 1991 and nearly became the serial killer's 18th victim — and his life was never the same after.

On the night of July 22, 1991, a Milwaukee patrol car stopped when a handcuffed man flagged the vehicle down on the street in a panic. The man told the officers that his name was Tracy Edwards — and someone had just tried to murder him.

Edwards led police back to the apartment from which he’d fled, and they were hit with a rancid smell when they entered. Upon further investigation, they found preserved human heads, mutilated body parts, and photographs of nude, butchered men. 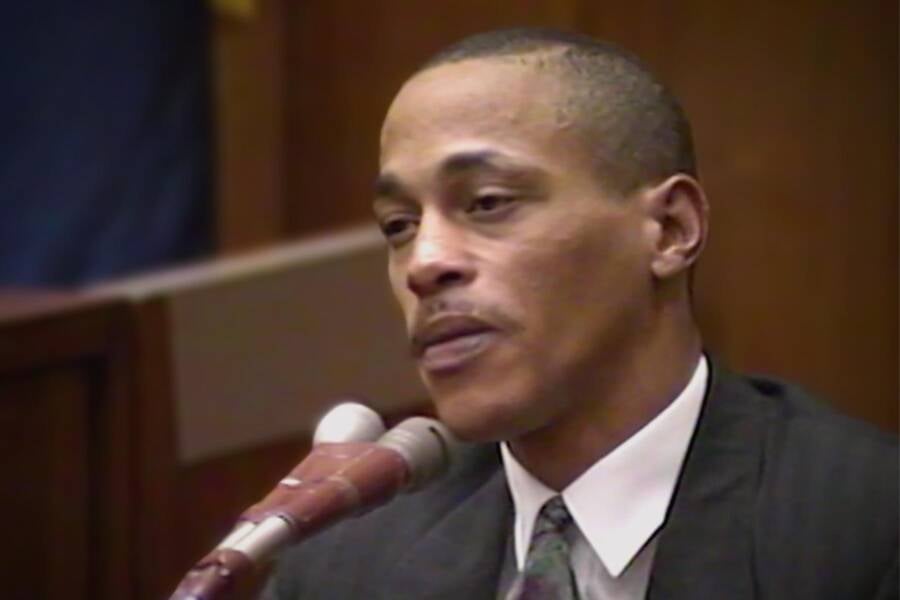 YouTubeTracy Edwards spent four hours in Jeffrey Dahmer’s apartment before he could escape, and the trauma stuck with him forever.

The apartment belonged to Jeffrey Dahmer, one of history’s most infamous serial killers, and Edwards had just toppled the first domino that would put him behind bars.

But despite leading police to Dahmer’s apartment — and later testifying against the killer in court — Edwards’ life remained forever changed after the encounter. He was unable to return to the life he’d once known, and he was later arrested multiple times for drug possession, theft, property damage, bail jumping — and eventually murder.

Now, Edwards’ name is once again in the spotlight due to his portrayal in Netflix’s Monster: The Jeffrey Dahmer Story, but his current whereabouts remain unknown.

One evening in the summer of 1991, Tracy Edwards was drinking with his friends at Grand Avenue Mall in Milwaukee when he was approached by a man named Jeffrey Dahmer. The two spent some time chatting and getting to know each other, then Dahmer suddenly propositioned Edwards, inviting him back to his apartment to watch The Exorcist, have a few beers, and perhaps pose for some nude photos in exchange for money.

Enticed by the offer, Edwards followed Dahmer home. But almost immediately, Dahmer’s demeanor changed. Dahmer handcuffed Edwards, held him at knifepoint, and at one point even laid his head on Edwards’ chest and threatened to eat his heart. 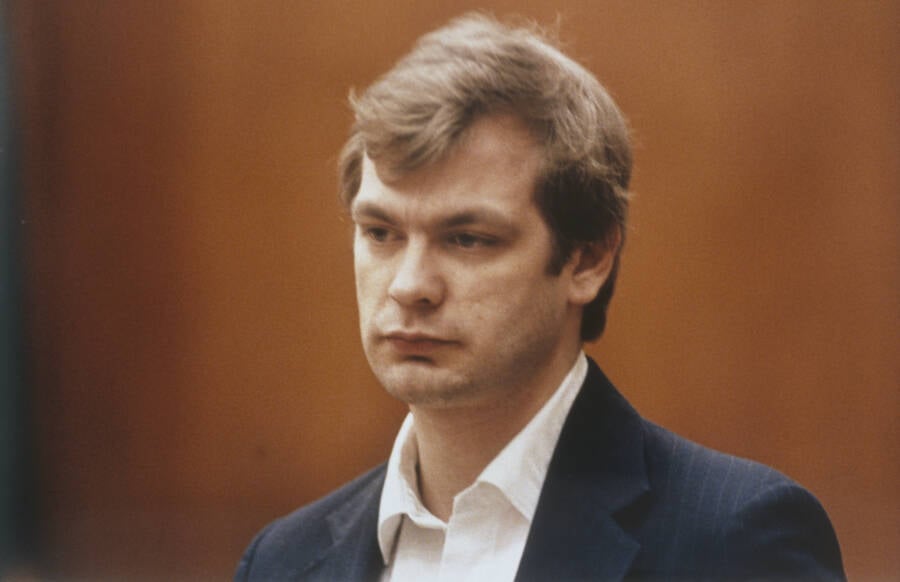 Curt Borgwardt/Sygma/Sygma via Getty ImagesJeffrey Dahmer murdered 17 men and boys between 1978 and 1991. He also raped some of his victims and cannibalized their bodies.

For four hours, Tracy Edwards sat handcuffed in Dahmer’s apartment, pleading with the killer to spare him. Dahmer refused, but he had put handcuffs on only one of Edwards’ wrists, and this eventually enabled him to escape and make a break for it.

Edwards fled Dahmer’s home, running down the streets of Milwaukee with the handcuff still dangling from his arm until he came upon a patrol car. Flagging it down, he explained to the officers that Dahmer had tried to murder him, and he led them back to Dahmer’s house.

The officers, however, weren’t prepared for what they would discover.

Inside Dahmer’s home, they found the dismembered body parts of 11 men littered throughout. There were boxes of body parts, torsos hidden away in a barrel of acid, and three human heads stored in the refrigerator, according to AP News.

Tucked away in one drawer, they found photographs Dahmer had taken of his victims at varying stages of undress and mutilation.

Dahmer was arrested, but the story he shared with Edwards was far from over.

“He underestimated me,” Edwards said of his escape from Dahmer’s house. “God sent me there to take care of the situation.”

Following Dahmer’s arrest, Tracy Edwards was hailed as a hero — the man who finally brought down the Milwaukee Monster. But as PEOPLE reported, Edwards’ newfound fame did anything but make his life easier.

WI v. DAHMER (1992): Tracy Edwards, who escaped from Jeffrey Dahmer, takes the stand. A new Netflix series "Monster: The Jeffrey Dahmer Story" explores the gruesome story of Jeffrey Dahmer. Court TV cameras were inside the Wisconsin courtroom in 1992, where a jury was tasked to decide whether Dahmer, who pleaded guilty to the murders and dismemberment of 15 boys and men, should be sentenced to life in prison or admitted to a mental institution. Watch the FULL TRIAL of WI v. #JeffreyDahmer (1992) on #CourtTV Trials #OnDemand https://www.courttv.com/trials/wi-v-dahmer-1992/

He made an appearance at Dahmer’s 1992 trial, testifying against the killer and telling the court that the traumatic experience had ruined his life.

He described his night in Dahmer’s home, and that testimony ultimately played a role in Dahmer receiving 15 consecutive life sentences. With his face in newspapers countrywide and the national attention surrounding Dahmer’s trial, Edwards essentially became a household name.

Unfortunately, that recognition came at a cost. Police in Mississippi recognized Edwards’ face and connected him to the sexual assault of a 14-year-old girl in the state. They extradited Edwards in order to charge him with the crime.

Edwards later returned to Milwaukee and sued the city police for $5 million for not following up on the numerous tips that had come in about Dahmer before July 1991 — but the lawsuit was thrown out of court. 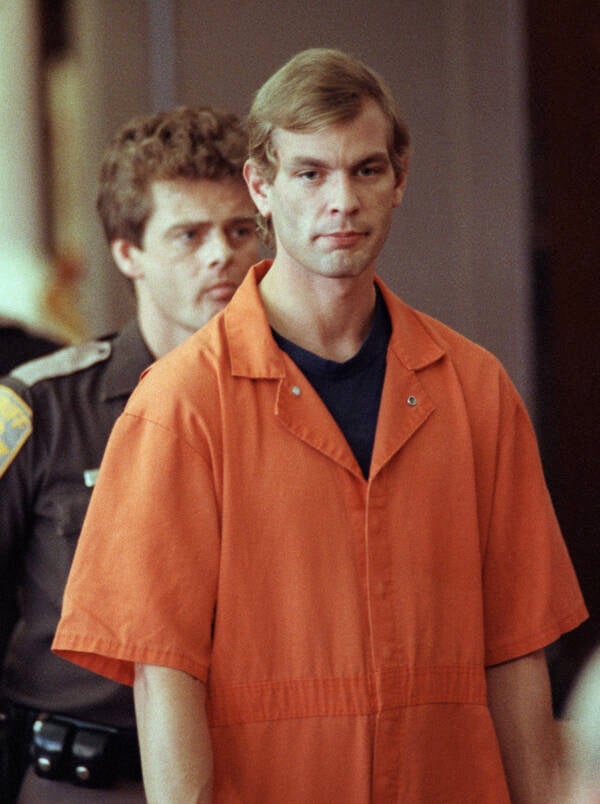 A later class action suit that awarded restitution to the family members of Dahmer’s victims also curiously left Edwards out.

“My guess is he wanted no part of it,” Edwards’ lawyer Paul Ksicinski said. “He didn’t want anything to remind him of what had happened. It was just too much… I mean, his life was completely destroyed.”

How One Night With Dahmer Ruined Tracy Edwards’ Life

Following Dahmer’s arrest, trial, and ultimately his death, Tracy Edwards’ string of bad luck continued. Upon returning to Milwaukee, he struggled to hold down a job or find a stable home, spending most of his time in and out of different homeless shelters.

According to Ksicinski, to cope with the trauma, Edwards “abused drugs and drank alcohol excessively. He had no home. He just drifted from place to place.” 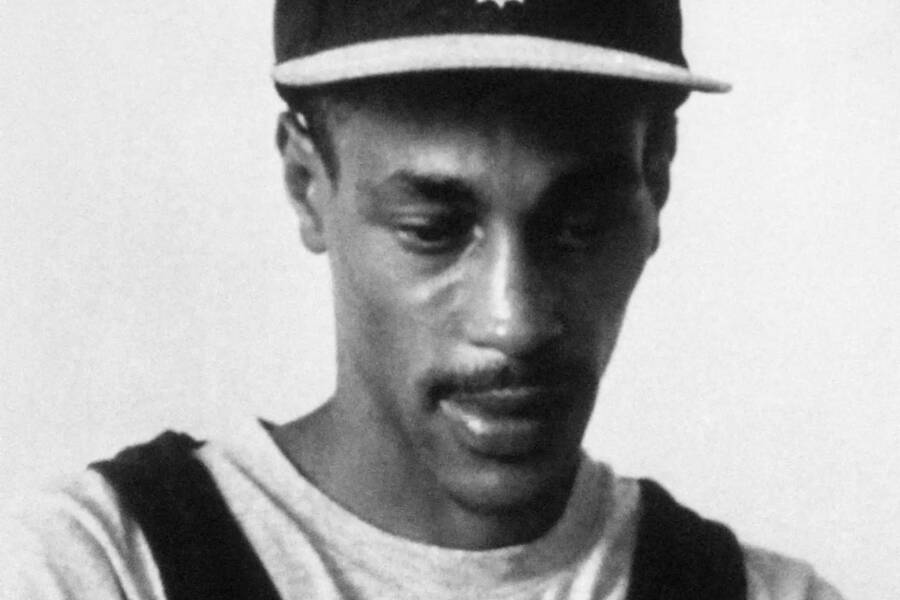 TwitterAlmost 20 years to the day after he escaped Jeffrey Dahmer’s apartment, Tracy Edwards was accused of pushing a man to his death off a bridge.

Reports show that Edwards was homeless from 2002 on, and he racked up a litany of charges involving drug possession, bail jumping, and theft, among others. He lived on the unnoticed outskirts of society until one event in 2011 brought him back into the public eye.

As reported by FOX News, Edwards was arrested on July 26, 2011, after he was accused of helping someone throw another man off a Milwaukee bridge.

Ksicinski later said, however, “We always took the position that he did not throw anyone over. This was, in fact, a friend of his. They were all homeless, and they were, unfortunately, abusing alcohol. He was trying to pull him back off the bridge. The people who had seen it didn’t really have, in our viewpoint, the best ability to see what had happened.” 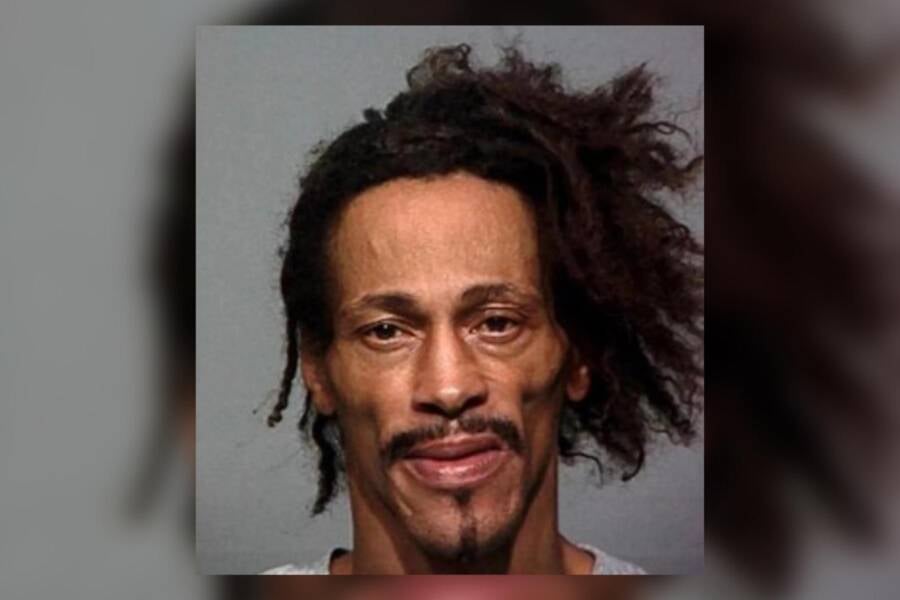 Milwaukee County Police DepartmentKsicinski last saw Tracy Edwards in 2015 after he spent more than a year behind bars. His current whereabouts are unknown.

Ultimately, Edwards was charged with homicide, but he later pleaded guilty to the reduced charge of aiding a felon, landing him a sentence of a year and a half. He served his time, but he has since disappeared from public view.

“He called Dahmer the devil,” Ksicinski said. “He never sought any kind of psychological or psychiatric treatment for what happened to him. Instead, he chose to self-medicate with alcohol and drugs on the street… Tracy didn’t ask to be a victim of Dahmer’s… People suffer incredibly traumatic events, and it’s different for every person in terms of how they handle it.”

Actor Shaun Brown, who portrays Edwards in Netflix’s Monster, later tweeted his support for Tracy Edwards, writing, “I have so much love for Tracy Edwards… Empathy and awareness can create heaven on Earth if we allow it.”

Ultimately, it would be unfair to call Edwards a “near-victim” of Dahmer. He wasn’t among the 17 men and boys who Jeffrey Dahmer killed, but his life was forever altered, and ultimately ruined, because of Dahmer.

Tracy Edwards is still a victim.

Tracy Edwards helped put Jeffrey Dahmer in jail, but there are others who have performed similarly remarkable acts. Learn about Lisa McVey, the 17-year-old who led police straight to the door of serial killer Bobby Joe Long. Then, read the story of Tyria Moore, who cooperated with police to put her murderous girlfriend behind bars.