Thailand and other parts of Southeast Asia have struggled with a surge in methamphetamine use in recent years — and the problem is apparently so bad that monks are now getting hooked on the illicit drug. 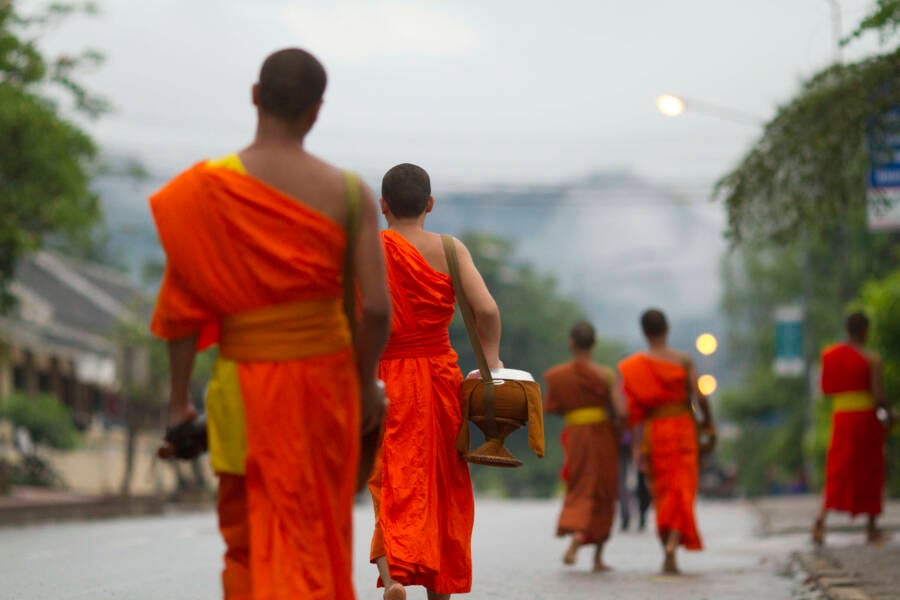 Chau Doan/LightRocket via Getty ImagesEach of the monks — including the abbot — was sent to rehab.

A Buddhist temple in Thailand was left without monks after each of the holy men was found to have methamphetamine in his system.

All four monks, the abbot included, at a temple in the Bung Sam Phan district of central Thailand’s Phetchabun province were defrocked, dismissed, and sent to a rehabilitation facility after they all failed drug tests.

“The temple is now empty of monks and nearby villagers are concerned they cannot do any merit-making,” local official Boonlert Thintapthai told AFP.

“Merit-making” refers to donating food to the monks as a good deed. Boonlert did say, however, that more monks would be sent to the temple to allow local Buddhists to carry out their religious obligations.

This incident is just the latest in a long line of meth-related problems in Thailand, which, along with other parts of Southeast Asia, has seen an increase in illicit drug trafficking in recent years.

As VICE reports, much of the drug trafficking can be traced to the Golden Triangle, where the borders of Thailand, Laos, and Myanmar meet. The region has become notorious for synthetic drug trading — especially in the wake of the Myanmar coup.

Back in February 2021, the Burmese military overthrew the government of Myanmar, which has led to chaos within the country. In the midst of this chaos, the area has seen record-breaking usage of crystal meth and meth pills known as “yaba.”

In 2021 alone, authorities seized more than a billion yaba pills and over 172 tons of methamphetamine.

Naturally, the synthetic drugs have made their way through other parts of Southeast Asia, including Thailand — and evidently, even Buddhist monks are partaking. 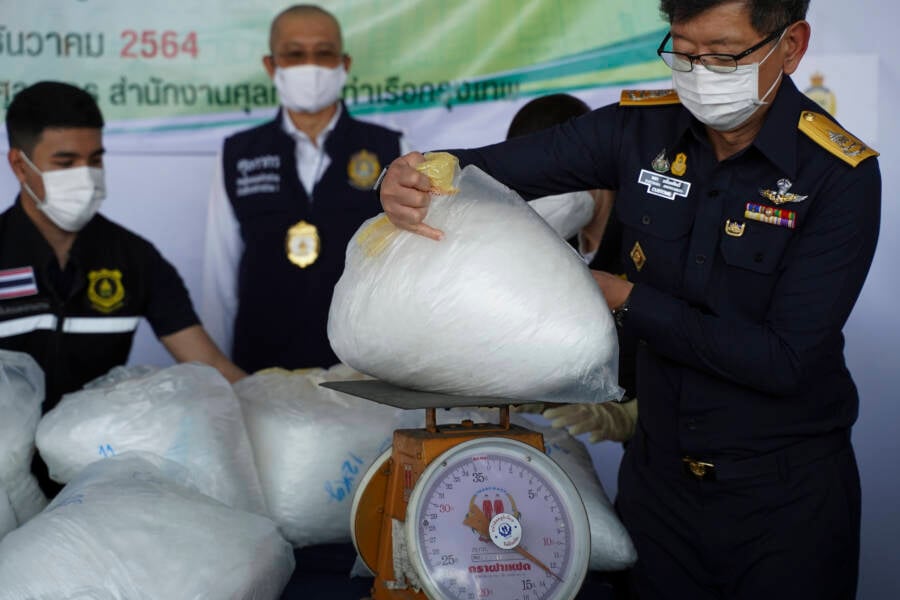 In fact, Thai Buddhism has seen a number of scandals in recent years in relation to a litany of crimes including corruption, murder, and drug trafficking.

Luang Pu Tuanchai, a famous monk who claimed to have omniscient powers, was charged with drunk driving and drug possession back in March, just months after another monk was caught selling yaba pills to local youths.

Annipalo allegedly stole a pickup truck from a visiting worshiper and then ditched the truck for a purple Hyundai sedan that was sitting in a second-hand car showroom. The monk weaved through traffic, then drove through a school and a community area before hitting another car at a junction, where he was arrested.

Buddhism is the national religion of Thailand, practiced by roughly 93 percent of the population, but the prominence of these scandals among Thai Buddhist monks has severely impacted public faith in the institution, leading experts to call for sweeping reform among the monastic order.

Somboon Chungprampree, the executive secretary of the International Network of Engaged Buddhists, expressed to VICE, “The ultimate goal of Buddhism is for the people to get enlightened… most of the society is learning that not all those who are wearing saffron can be a holy or respectable person.”

After reading about the monks who tested positive for methamphetamine, take a look into what the meth epidemic looks like in America. Then, read about the Colorado man who operated a drug lab for “healthy” meth.