On September 2, 2010, 24-year-old Michelle O'Connell was found dead at Jeremy Banks’ home in St. Augustine, Florida. Authorities initially concluded it was a suicide, but O'Connell’s loved ones thought otherwise. 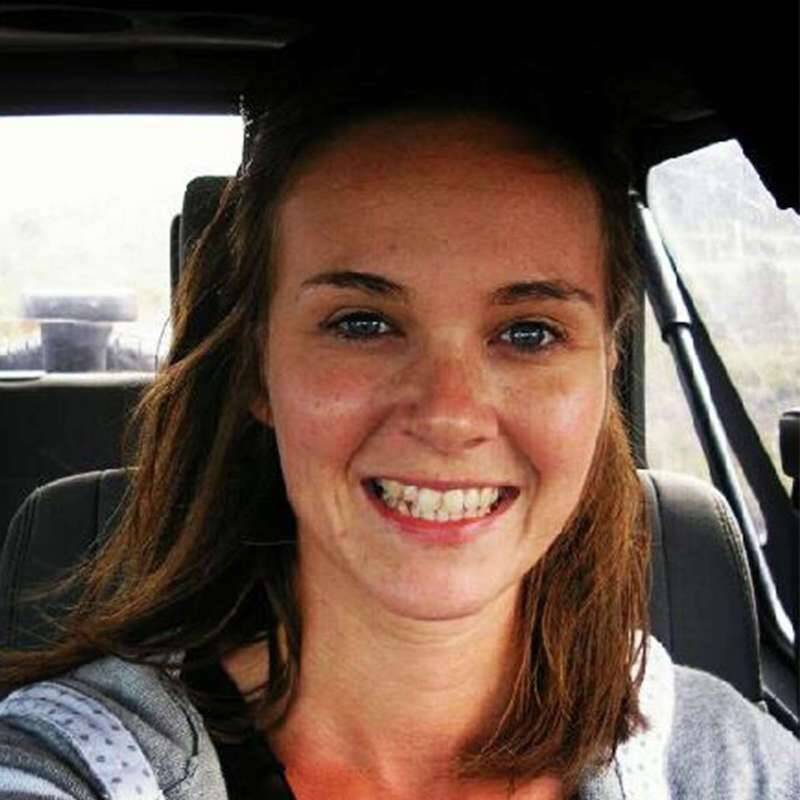 FacebookMichelle O’Connell, who died in her boyfriend’s Florida home on September 2, 2010.

When 24-year-old Michelle O’Connell died on the floor of her boyfriend’s St. Augustine, Florida home from a gunshot wound to her mouth, it was her boyfriend, a police officer named Jeremy Banks, who reported the shooting.

O’Connell had had everything to live for, and though her death was swiftly ruled a suicide, it seemed to some that she had died under suspicious circumstances.

Later, a second independent investigation revealed new evidence, calling into question the assumption of suicide and prompting the original medical examiner to conclude that Michelle O’Connell’s death was “probably a homicide.”

Did Michelle O’Connell die by suicide? Or was there something more sinister at play?

Who Was Michelle O’Connell? 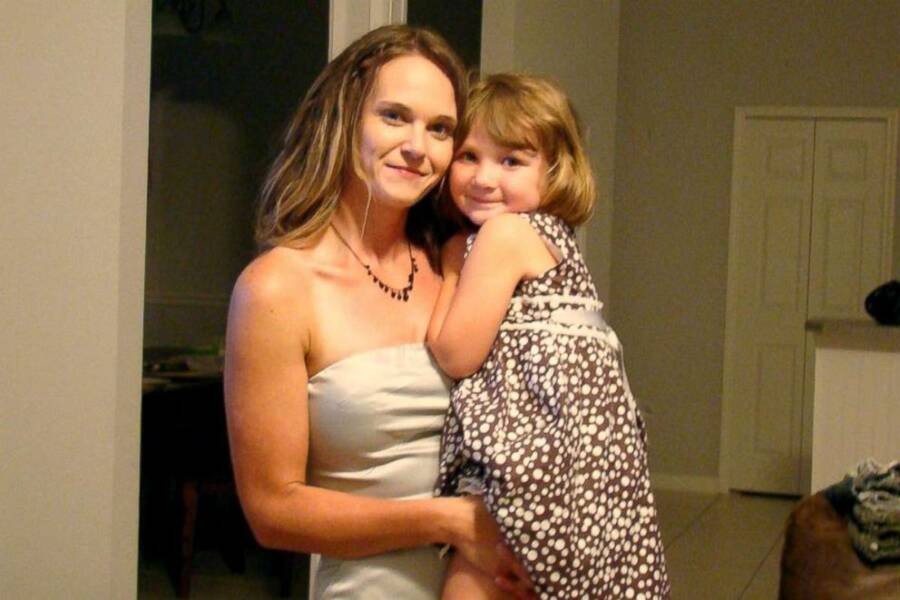 FacebookMichelle O’Connell and her daughter Alexis.

Born on Oct. 6, 1985, Michelle O’Connell was raised by a single mother in a cramped St. Augustine apartment with five older siblings. By the time O’Connell turned 20, she had a child of her own.

Her daughter Alexis became the light of her life, and all of her future decisions were made with Alexis in mind. O’Connell worked multiple jobs to support her daughter before finally landing her dream job, a full-time position at a daycare center that offered health insurance and allowed her to take Alexis, then 4, to work with her.

In her early 20s, O’Connell met St. Johns County Sheriff’s officer Jeremy Banks through her brother Scott, himself a St. Johns deputy. At 24, she moved into Banks’ home.

According to The New York Times, her sisters later said that O’Connell had hinted Banks was physically and verbally abusive, but didn’t report it to the police because she didn’t want “trouble” for Banks, or for her brother and mother, who also worked for the sheriff’s department.

On the day of her death, September 2, 2010, Michelle O’Connell had lunch with her sister, Chrissy. Chrissy later reported that O’Connell told her over lunch that she planned to break up with Banks that night and was scared he’d be angry.

The couple had tickets for a Paramore concert that evening, but Chrissy told O’Connell not to go, worrying that Banks might get violent.

Still, O’Connell went to the concert. According to ABC News, Banks later told detectives that the two argued before, during, and after the show.

During the concert, O’Connell also sent some cryptic texts to Chrissy, who was babysitting Alexis at her home that night.

Michelle: “Promise me one thing. Lexi will be happy and always have a good life”

Chrissy: “Promise you what?”

Michelle: “That no matter what, Lexi will always be safe and loved”

Michelle: “I’ll be there soon.”

But Michelle O’Connell never arrived to pick up her daughter.

On the ride home from the concert, O’Connell told Banks she was leaving him. When they got to his house, she began packing her things.

At 11:20 p.m., Banks made a frantic 911 call, and on arrival, the St. Johns County sheriff’s deputies found their intoxicated colleague crouched at the bathroom door, clutching his phone.

Interviewed later, Banks said that he was in his garage when he heard a pop inside the house, and knew exactly what it was. Following a second shot, Banks said he kicked open the locked bedroom door to find O’Connell lying on the carpet with a gunshot to her mouth, his service weapon by her side.

Questions Raised In Her Death

The police had been trained to investigate every death scene as a homicide until proven otherwise. But that night, the inexperienced detectives on the scene had already concluded O’Connell had died by suicide, apparently taking Banks at his word.

A few hours after visiting the scene, they notified Michelle O’Connell’s family that she had died by suicide. And two days after her death, a medical examiner confirmed this assessment.

The O’Connells didn’t believe that Michelle would have taken her own life. She had just landed her dream job, and had been making plans to meet friends and family later in the week. But the O’Connell family was never interviewed as part of the investigation.

There were also some suspicious details in the case that emerged later.

The gun’s retention holster would have made it difficult for an inexperienced user to remove the weapon from its holster. And the tactical search light attached to the gun barrel, used to illuminate a target for better aim, was on.

O’Connell also had an unexplained small cut above her right eye. And two of Banks’ empty prescription pill bottles were in her purse, but all the pills were accounted for, Jacksonville.com reported, with none of them found in her system.

Twelve days after the shooting, Banks submitted to a second videotaped interview, where he admitted that he had read the department’s confidential investigative report on the shooting. He was not disciplined after this revelation.

In January 2011, under pressure from the O’Connell family, the elected Sheriff David Shoar asked for an independent state inquiry by the Florida Department of Law Enforcement. The investigation was led by Rusty Rodgers, a former Investigator of the Year, who quickly found that the initial investigation was mishandled from the start.

Although investigators had collected Banks’ gun, clothing and other evidence, they never had the items forensically tested for fingerprints, DNA, or gunshot residue, even though blood was spotted on Banks’ shirt. They failed to download Banks’ cellphone data or to isolate and photograph Banks before he was interviewed.

Investigators also hadn’t spoken to any neighbors or filed reports on what the attending officers had seen.

During his own investigation, Rodgers interviewed two neighbors who reported hearing arguing and screaming coming from Banks’ house that night. They had heard a female yell “help” before a gunshot, then “help” again, before a second gunshot. Both neighbors passed a polygraph test.

Rodgers also interviewed Michelle O’Connell’s daughter Alexis, who ABC News reports said that Banks was “a bad person” who had previously hit her mother with a belt.

Based on the neighbors’ statements, the original pathologist, Dr. Frederick Hobin, privately changed his ruling from suicide to homicide, but didn’t make the change official, and only disclosed it to the state attorney.

Meanwhile, Rodgers interviewed the O’Connell family, sent evidence for forensic testing, and hired a crime scene reconstruction expert as part of his investigation.

New Evidence Points To A Homicide

Finally, in February 2011, the forensic results came in, raising a new round of questions.

There was no blood on Banks’ gun. Banks’ fingerprints and DNA were also suspiciously absent from the weapon, even though he had worn his gun belt on his previous shift.

Banks had denied cleaning his gun before the police arrived that night. He also denied washing his hands before the gunshot residue test, which found surprisingly insignificant amounts of residue considering how much time he’d spent near the body after O’Connell’s death.

O’Connell’s DNA was found on Banks’ gun, but not on the two pill bottles in her purse. And two tiny spots of O’Connell’s blood were present on the inside of Banks’ T-shirt, though Banks told investigators he didn’t know how the blood had gotten there.

The crime scene reconstructionist also reported some interesting discoveries, including that the shooter had to have been left-handed (O’Connell was not left-handed, but Banks is). 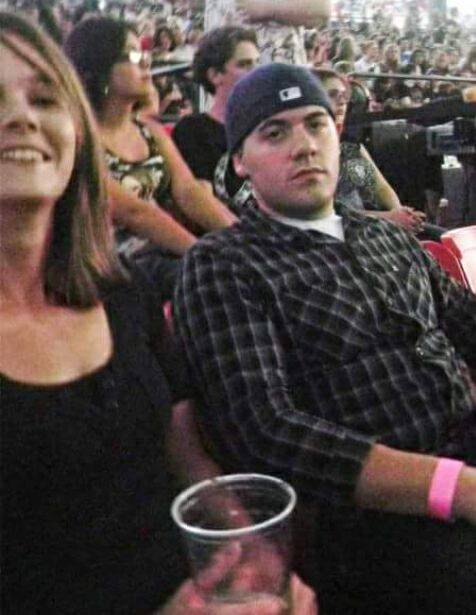 After taking everything into account, The New York Times reports, the reconstructionist found the circumstances were consistent with homicide.

But Dr. Hobin never filed O’Connell’s amended death certificate, as the state attorney had instructed Hobin to hold off on doing so while the investigation was underway. Then, a new chief medical examiner was appointed, who upheld the original verdict that O’Connell’s death was a suicide.

When a special prosecutor gathered the O’Connell family in March 2012 to announce O’Connell’s official cause of death would remain a suicide, her brother Scott exploded into a tirade that cost him his sheriff’s deputy job.

The Aftermath Of Michelle O’Connell’s Death 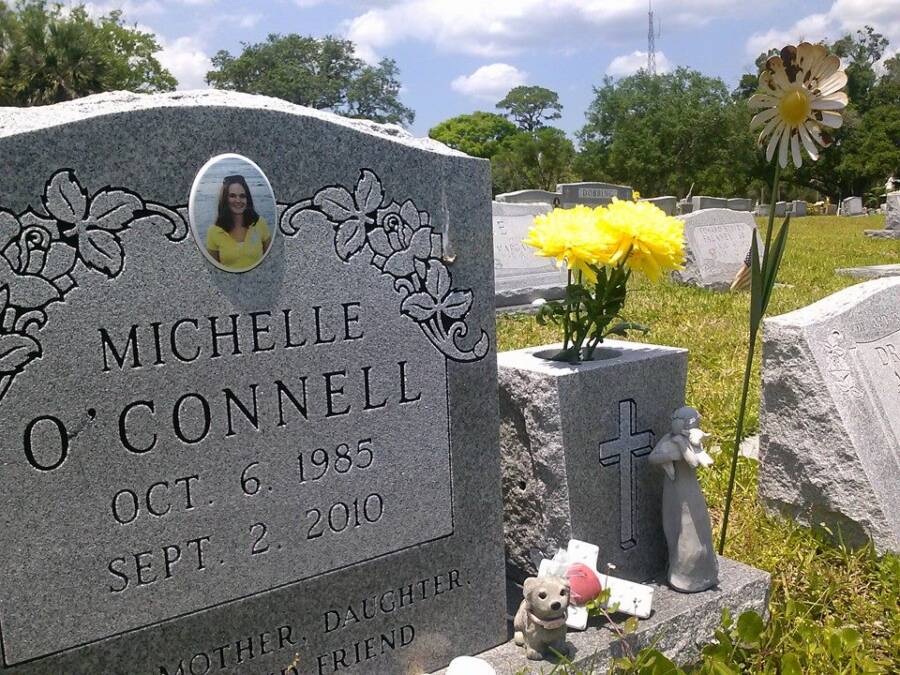 Sheriff Shoar compiled a 152-page assessment of his agency’s and Rodgers’ investigations. While two pages of the report listed some of his own team’s mistakes, the rest either lauded his agency’s investigation or criticized Rodgers’.

Meanwhile, Banks filed a civil lawsuit alleging that Rodgers had violated his civil rights by detaining him as part of the investigation. A judge later dismissed this suit in 2018, finding that Rodgers had probable cause to detain Banks for homicide.

In April 2013, Shoar rehired Scott O’Connell. Scott had made up with Banks, and now accused the state agency of manipulating his family into thinking his sister was murdered — a stance that ostracized him from the rest of the family.

Then, in 2016, Michelle O’Connell’s body was exhumed and inspected by a forensic pathologist, who found her jaw was in two pieces, indicating a fracture — a detail that had previously been left out of the autopsy report.

Could a blow to O’Connell’s jaw have broken her mandible before the fatal gunshot wound?

Despite the new evidence in her case, Michelle O’Connell’s death is still labeled a suicide. But her family is unwavering in their resolve that she was murdered by Jeremy Banks.

In January 2019, the case became even more complicated when Ellie Washtock, a 38-year-old amateur sleuth who sometimes went as “Eli,” was found dead in their St. Augustine condo.

They had been shot, and their death was ruled a homicide. Washtock had been independently investigating Michelle O’Connell’s death in the months leading up to their own murder, and O’Connell’s mother Patty O’Connell told First Coast News that she believes Washtock was killed for their investigation.

“He was finished with his work, he was confident we would prove Michelle was murdered,” she said. Washtock’s case is still cold.

“You can’t grieve until you get justice,” Patty O’Connell told ABC News. “You have to have your justice. And it never goes away.”

After learning about Michelle O’Connell, read about Michelle Von Emster and her mysterious death. Then, learn about the unsolved mystery of Tiffany Valiante’s grisly death.