Recently released footage shows the two masked men dumping accelerant around the building, then running off into the night, engulfed in flames. 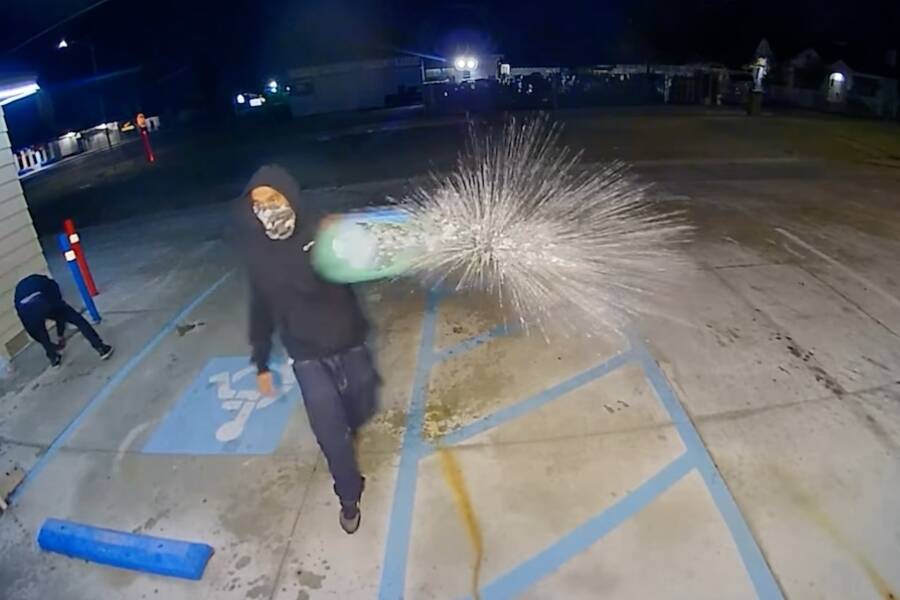 FacebookScreenshot from the video captured by Ring cameras, showing the arsonists as they pour fuel around the building.

On the night of January 2, two men dressed all in black approached an immigrant services center in California in hopes of burning it down. Then they accidentally set themselves on fire before running off screaming into the night.

Footage captured by a Ring security camera placed outside the Servicio de Immigracion in Bakersfield, California shows the two men, their faces hidden behind masks, walk up to the center and pour accelerant onto the side of the building and in the parking lot.

One of the men then hunched over a small puddle of fuel and tried to light it, while the other continued to dump the accelerant out of its container. Unfortunately for the former, when the accelerant caught fire, it did so suddenly and violently — and caught his leg on fire in the process.

Panicking, he ran away, still on fire.

The second man, meanwhile, also began to panic, slipping and falling twice as the fire overcame him before also running off into the night, his clothes ablaze.

According to one worker, one of the suspects dropped their phone at some point in the panic, which has since been handed over to authorities as they try to determine the identities of the arsonists.

The flames, thankfully, were extinguished about 10 minutes after first responders arrived.

“Yeah the footage is quite dramatic,” KCFD Captain Andrew Freeborn told KBAK, “and we hope that these individuals are identified quickly.”

The immigration center’s owner, Max Solorzano, meanwhile lamented that the incident occurred at all, saying the city of Bakersfield needs to do more to protect its citizens.

“They have to work harder in that aspect, in keeping the community safe,” he told 23ABC. “We are a small business, and we help many people, so there will be people who will not be able to receive our services due to inactivity.”

“That is what most saddens me,” Solorzano said. “We help many farmworker families with their immigration processes, we help people do taxes. I ask our clients to have patience with us, we will get through this.”

The fire itself was contained to the building’s garage, but smoke unfortunately found its way into the building, while other items including an industrial fan and a Ring security camera were damaged by the flames.

Solorzano commented that it saddens him to think that someone would want to see his business, which is only three years old, burned down. 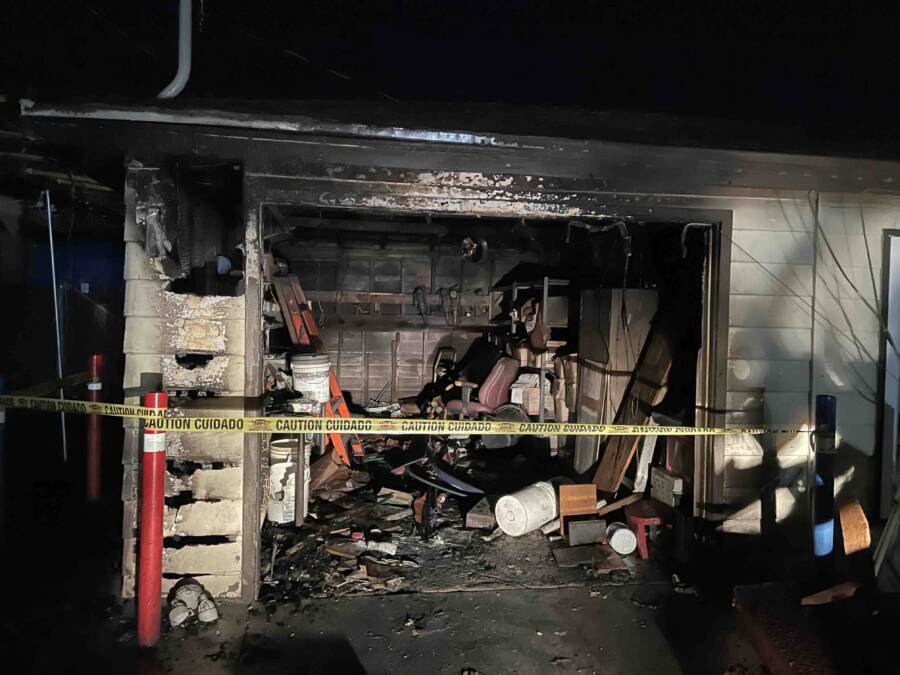 “Dear customers,” the business wrote on its Facebook page, “we started the year a little bad. But with the grace of God we will get ahead, I would like to inform you that due to this incident that occurred on January 2, 2023, our office will be closed until further notice.”

A GoFundMe campaign was established to help pay for the damages. At the time of writing, the campaign has earned $16,453, exceeding its $15,000 goal.

After reading about this bungled attempt at arson, check out the story of the 32-year-old Georgia man who lit his mother’s house on fire after an argument about Cheez-Its. Or, read the story of the California couple whose gender reveal party started a massive forest fire.