In 1934, Albert Fish wrote a letter to Grace Budd’s mother and described how he'd murdered her before cutting her into pieces and eating her flesh. 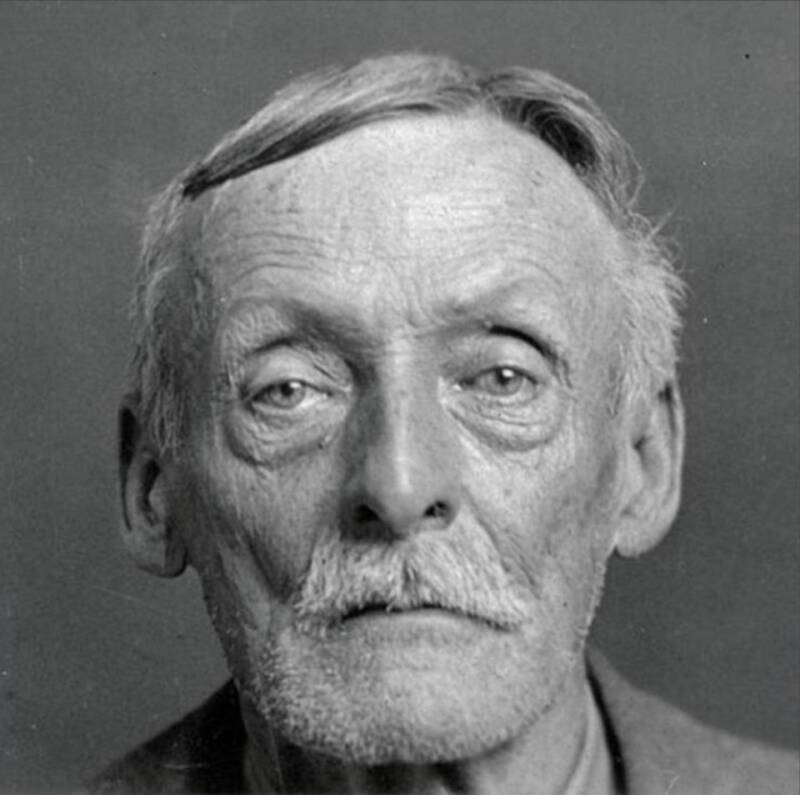 Bettmann/Getty ImagesDetails on the envelope of Albert Fish’s letter to the family of Grace Budd led directly to his arrest.

While plenty of Americans spent the Roaring Twenties at wild parties, Albert Fish developed a taste for human flesh. Known as the “Brooklyn Vampire,” he lured children into abandoned homes to kill them. Grace Budd was 10 years old when she disappeared in 1928. Her family was baffled — until Albert Fish’s letter to her parents arrived.

It had been six years since she vanished, but her family recalled it well. A man who called himself Frank Howard had materialized on their doorstep to offer 18-year-old Edward Budd a job. A supposed farmer, Howard would fully ingratiate himself with the family — and charm them enough to take Grace to his niece’s birthday party.

Grace Budd would never be seen again. Only the arrival of a macabre letter for Grace Budd’s mother in 1934 would detail her murder and gruesome cannibalization. While the envelope it came in would lead police to identify its sender as the Brooklyn Vampire himself, Albert Fish’s letter had only provided a mere glimpse at his unspeakable crimes.

The Early Crimes Of Albert Fish

Albert Fish was born Hamilton Howard Fish on May 19, 1870, in Washington, D.C. His family was riddled with mental illness. His mother Ellen Fish would regularly hallucinate, while his uncle was diagnosed with mania, his sister with a “mental affliction,” and his brother sent to a mental institution when he was a child.

Fish was the youngest of his living siblings but became a burden for his afflicted mother when her 80-year-old husband died of a heart attack in 1875. Financially struggling, she would abandon Fish at Saint John’s Orphanage. For five long years, he would be sadistically beaten by his caretakers and peers. 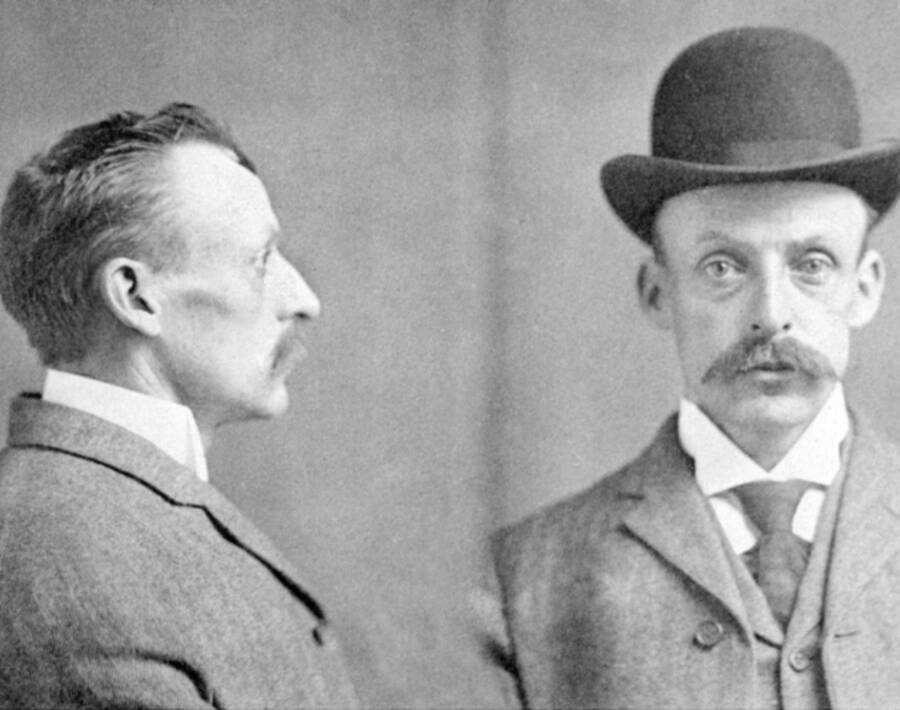 Wikimedia CommonsFish claimed to have killed children across the country, but would only be charged in one murder.

Fish would recall Saint John’s as the place “where I got started wrong.” He had learned to enjoy the beatings and associate their pain with pleasure. While his mother would become stable enough to bring Fish home by 1880, he had already begun to psychologically devolve — and marry pain infliction to sexual gratification.

Fish began drinking urine and eating feces with a local telegraph boy in 1882. He would stick needles into his groin and abdomen, with X-rays after his arrest confirming 29 of them in his pelvis. In 1890, Fish was 20 years old and moved to New York City — where his cruelties would be wielded against others.

Long before the infamous Albert Fish letter traumatized a family forever, its author destroyed the lives of countless others. As a New York City prostitute, Fish would routinely lure young boys out of their homes to torture them with a nail-laced paddle — before brutally raping them. In 1898, he started a family of his own.

Fish would spare his own children but continued to mutilate others. In 1910, he met a mentally disabled man named Thomas Kedden while painting houses in Delaware. Their sadomasochistic relationship concluded with Fish cutting off Kedden’s penis. By 1919, Fish was regularly hallucinating — and eating only raw meat.

That same year, he stabbed another mentally disabled boy in the Georgetown area of Washington, D.C. While he primarily sought out Black or disabled children, Fish twice tried and failed to abduct young white girls. Then on May 25, 1928, he found a classified advertisement from 18-year-old Edward Budd — and decided to make him his first victim.

On May 28, 1928, six years before the letter written by Albert Fish would arrive at 406 West 15th Street in Manhattan, the Brooklyn Vampire came himself, responding to a classified ad placed by 18-year-old Edward Budd, Grace’s older brother, who was looking for work.

Albert Fish posed as a Long Island landowner in need of a helping farmhand and arrived at the Budd family residence and introduced himself as Frank Howard. Budd’s classified ad had mentioned farm experience, and Fish promised him impending work, saying he would return — and left with visions of killing Budd.

Fish returned in June with hopes of torturing Budd, but then met 10-year-old Grace and had her sit on his lap. He convinced her parents, Delia Flanagan and Albert Budd, to allow him to take her to his niece’s party. 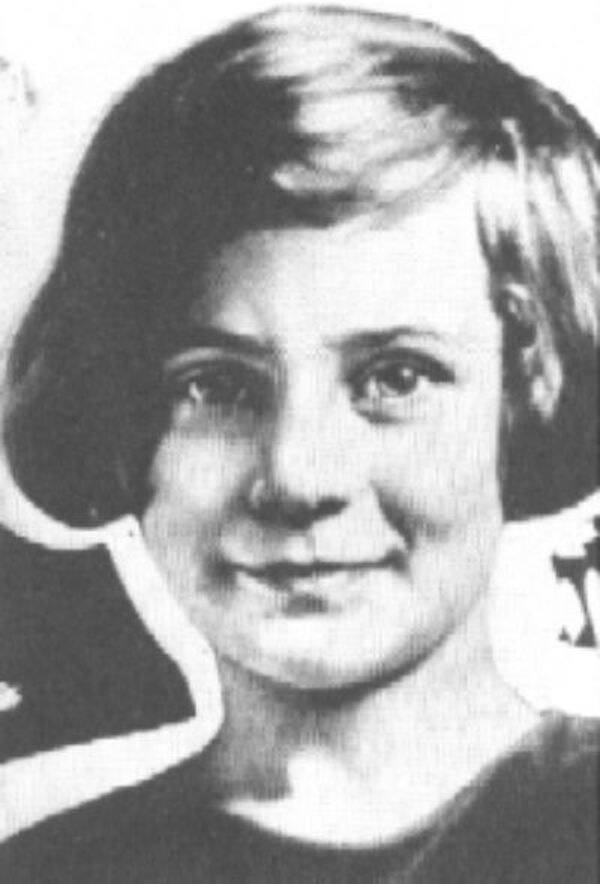 Public DomainGrace Budd was abducted and murdered in 1928 but would remain officially missing until 1934.

Grace was dressed in her finest clothes when she left her home with Albert Fish in hand. The seemingly friendly old man agreed to bring her back promptly. And he promised Edward that not only would his job pay him $15 per hour, but that his friend would be hired, too. He claimed he would return to discuss those details further.

Neither the man the Budd family knew as Frank Howard nor little Grace would ever return.

Instead, Fish had taken Grace Budd to an abandoned house in Westchester County where he undressed to prevent blood from spattering onto his clothes before luring Budd upstairs. Stripping her naked, he strangled the child to death — and cut her into chunks small enough to bake inside his oven.

But the Budd family wouldn’t know any of this until six years later when a disturbing, unsigned letter arrived for them on Nov. 11, 1934. 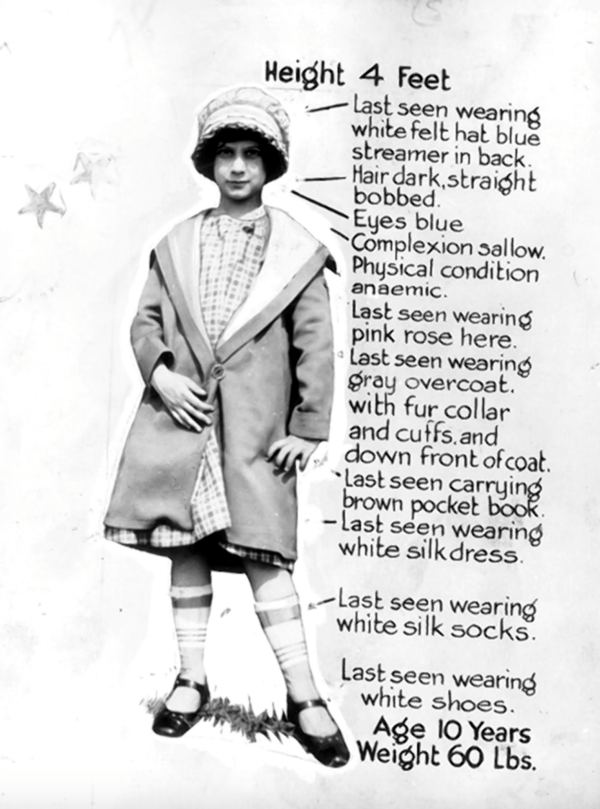 Public DomainBudd was strangled to death, dismembered, and baked in an oven.

While he had sent obscene correspondence to potential victims before, Albert Fish’s letter to Grace Budd’s mother was the first time he had directly written a victim’s family. Delia Flanagan was illiterate, and she needed her son to read the letter out loud to her:

In 1894 a friend of mine shipped as a deckhand on the steamer Tacoma, Capt John Davis. They sailed from San Francisco to Hong Kong China. On arriving there he and two others went ashore and got drunk. When they returned the boat was gone.

At that time there was a famine in China. Meat of any kind was from $1 to 3 Dollars a pound. So great was the suffering among the very poor that all children under 12 were sold to the Butchers to be cut up and sold for food in order to keep others from starving. A boy or girl under 14 was not safe in the street. You could go in any shop and ask for steak – chops – or stew meat. Part of the naked body of a boy or girl would be brought out and just what you wanted cut from it. A boy or girls behind which is the sweetest part of the body and sold as veal cutlet brought the highest price.

John staid there so long he acquired a taste for human flesh. On his return to N.Y. he stole two boys one 7 one 11. Took them to his home stripped them naked tied them in a closet then burned everything they had on. Several times every day and night he spanked them – tortured them – to make their meat good and tender.

First he killed the 11 yr old boy, because he had the fattest ass and of course the most meat on it. Every part of his body was cooked and eaten except Head – bones and guts. He was roasted in the oven, (all of his ass) boiled, broiled, fried, stewed. The little boy was next, went the same way. At that time I was living at 409 E 100 St, rear – right side. He told me so often how good human flesh was I made up my mind to taste it.

On the pretense of taking her to a party, you said yes she could go. I took her to an empty house in Westchester I had already picked out. When we got there, I told her to remain outside. She picked wild flowers. I went upstairs and stripped all my clothes off. I knew if I did not I would get her blood on them.

When all was ready I went to the window and called her. Then I hid in a closet until she was in the room. When she saw me all naked she began to cry and tried to run down stairs. I grabbed her and she said she would tell her mama.

First I stripped her naked. How she did kick – bite and scratch. I choked her to death then cut her in small pieces so I could take my meat to my rooms, cook and eat it. How sweet and tender her little ass was roasted in the oven. It took me 9 days to eat her entire body. I did not fuck her, though, I could of had I wished. She died a virgin.”

By the point Grace Budd’s family heard these words, Albert Fish had long since eaten anything that remained of her. Her skeletal remains were never found, with authorities searching for more than half a decade. And in the end, the Grace Budd letter spelled his doom.

How The Albert Fish Letter Led Police Straight To Him

Almost immediately after receiving Albert Fish’s letter, the Budds turned it over to the police. Investigators noted that the envelope was adorned with a small hexagonal emblem representing a local association for private chauffeurs. They found a janitor at the company’s headquarters who admitted to taking some of the stationery home. 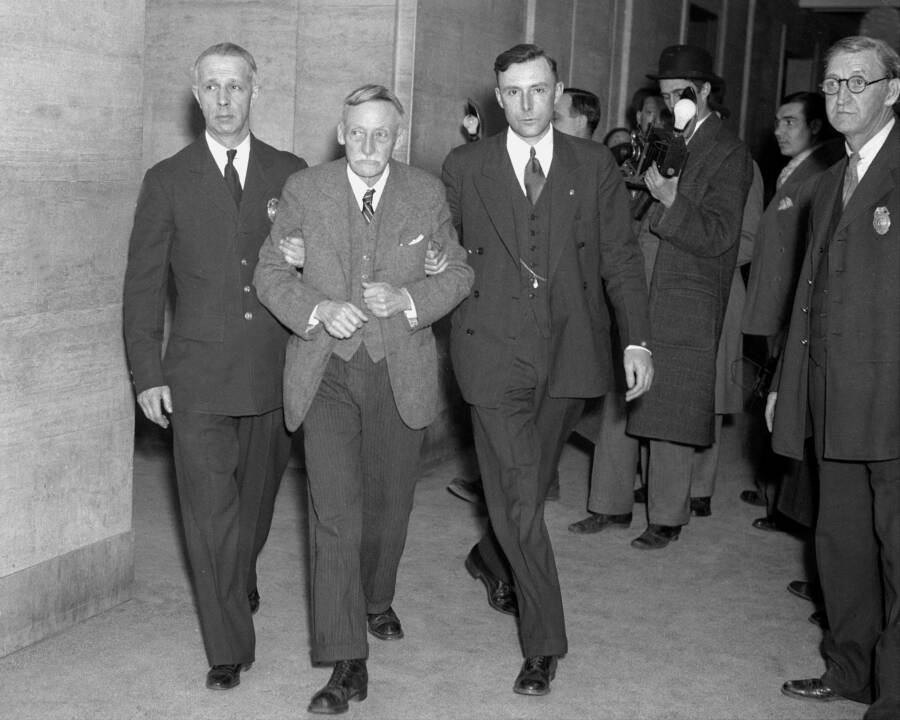 When they investigated his former residence on 52nd Street, the landlady revealed that a man named Albert Fish had checked out of the now-rooming house mere days prior. She agreed to contact him to claim a check was waiting for him, leading Fish to return and authorities to arrest him on Dec. 13, 1934.

Fish admitted to Budd’s murder and said he had involuntarily ejaculated during the act. He claimed to have killed children all over the country. While he admitted to only three but was suspected of up to nine more, he was only charged with Budd’s.

While Albert Fish was executed via electrocution at Sing Sing prison on Jan. 16, 1936, the families of his victims would continue to struggle forever. Meanwhile, Albert Fish’s letter to Grace Budd’s family would reportedly pale in comparison to his final statement — as even his lawyer James Dempsey couldn’t bear it.

“I will never show it to anyone,” he said. “It was the most filthy string of obscenities that I have ever seen.”

After learning about the chilling Albert Fish letter, read about Jack the Ripper’s “From Hell” letter. Then, learn about the disturbing murders of John Joubert.