Inside The Chilling Crimes Of John Joubert, The Eagle Scout Who Became A Serial Killer

Known as the Woodford Slasher, John Joseph Joubert IV was just 16 when he stabbed a pencil into a six-year-old girl — before going on to murder at least three young boys. 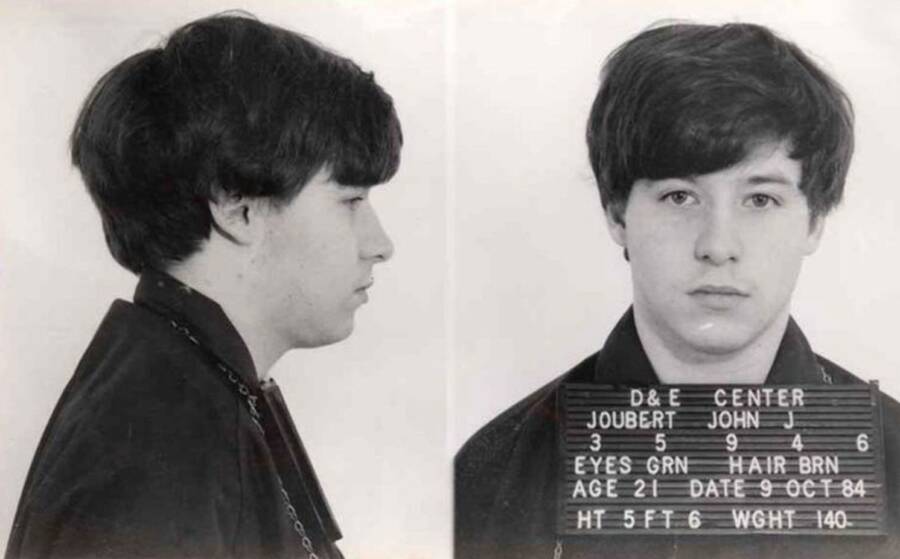 Public DomainJohn Joubert said he was grateful to have been caught — and would have killed again.

Seeing his own father attempt to strangle his mother, serial killer John Joubert had a difficult childhood. He would spend the rest of his life determined to inflict that pain on others. As divorce fractured his family and he moved from one school or state for another, Joubert was always the new kid — and an outcast desperate for connection.

Joubert’s time in the Boy Scouts was accompanied by feelings of inferiority and low self-esteem. And before long, he not only began pondering sexual assaults and hurting the helpless, but began stabbing innocent children — and soon graduated to murder.

This is the disturbing story of John Joubert.

The Murders Of John Joubert

Born on July 2, 1963, in Lawrence, Massachusetts, John Joseph Joubert IV had an intelligent mind but was plagued by formative trauma in his youth. He was six years old when his parents divorced. He would move to Portland, Maine, with his mother. With an IQ of 123, he spent his time pondering murder and cannibalism.

When he wasn’t fantasizing about choking his babysitter to death and eating her flesh, he worked as a paperboy and joined the Boy Scouts. He was 16 years old when he stabbed a 6-year-old girl with a pencil. Joubert felt sexual gratification from the act, which he repeated on others throughout Portland.

After getting away with his initial assaults, Joubert committed his first murder on Aug. 22, 1982. Snatching 11-year-old Richard Stetson from a popular jogging trail, Joubert tried to take the boy’s clothes off before stabbing, strangling, and biting him. 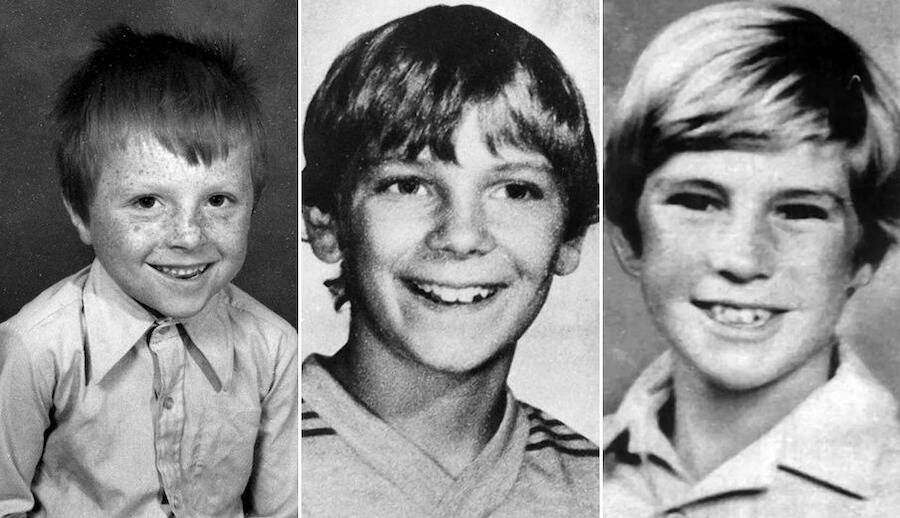 It was Sept. 18, 1983, when residents of Bellevue complained that their Sunday Omaha World-Herald failed to appear on their doorsteps. While 13-year-old Danny Joe Eberle had certainly woken up early for his job as a local paperboy, he vanished after delivering only three along his route.

Within hours, his father Leonard found his son’s abandoned bicycle and the remaining 67 papers. Within three days, police found Eberle’s corpse. With wrists and ankles bound by rope, he was dumped in the woods. His body showed no signs of sexual assault but held eight stab wounds — as well as human bite marks.

Police wrangled known pedophiles for questioning. Even a hypnotist was called in to help witnesses recall potentially repressed memories. A local bank announced a $40,000 reward for information leading to the killer’s arrest, while FBI profiler Robert Ressler posited that he was likely white, young, and sexually fluid.

John Joubert had found gainful employment as an Air Force radar technician at the Offutt Air Force Base. He was unaware that the FBI was searching for him, since the person who murdered Eberle had also abducted him before doing so — making it a federal crime.

On Dec. 2, 12-year-old Christopher Paul Walden disappeared while walking to school. The son of an Air Force officer, he was found three days later by hunters. His throat had been slashed, and his body was horrifically mutilated.

“The thing we all dreaded has occurred,” said FBI spokesman Chuck Wiley. “We have witnesses from the morning of the abduction. They say it occurred on a street while he was going to school. One of the witnesses said the suspect may have had something in his hand.”

On Jan. 11, 1984, a Bellevue daycare center operator saw a suspicious man in a car near the school. Taking down his license plate number, she provided police and the FBI with precisely the kind of lead they needed. It appeared the vehicle was a rental and traced to one John Joubert.

He not only matched the FBI’s preliminary profile of a white, single male, but resembled the composite sketches drawn from witness accounts. 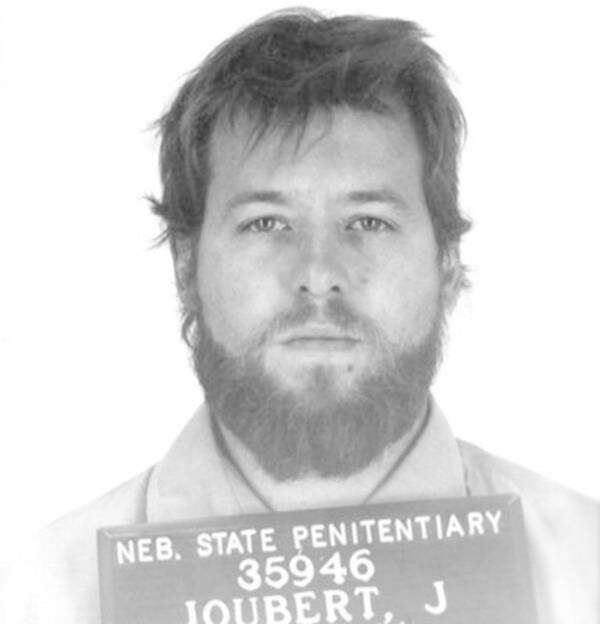 Nebraska State PenitentiaryJoubert was executed via electric chair on July 17, 1996.

When authorities searched his barracks, they found a hunting knife and the same rope used to bind Eberle. Collected as evidence, the rope was determined by the FBI to have been made in South Korea for the U.S. military. Joubert was arrested and taken in for questioning, confessing to the murders of Eberle and Walden.

When asked if he would kill again, Joubert stated quite plainly that he was grateful to have been caught as he undoubtedly would have. “That’s my big worry,” said Joubert. “It’s scaring me quite a bit, yes.” Charged with two counts of first-degree murder on Jan. 12, 1984, he pleaded not guilty before changing his mind.

Despite multiple evaluations suggesting Joubert was obsessive-compulsive and suffered from a schizoid personality disorder, the law determined he was in his right mind while committing his crimes. Joubert was given a life sentence in Maine for the Stetson murder and sentenced to death in Nebraska for the others.

After learning about John Joubert, read about Jesse Pomeroy, the youngest serial killer in American history. Then, learn about Alaskan serial killer Robert Hansen who hunted his victims like animals.