Jesse Harding Pomeroy was only 14 years old when he killed two children in South Boston, but he had been brutally beating and disfiguring others for years before. 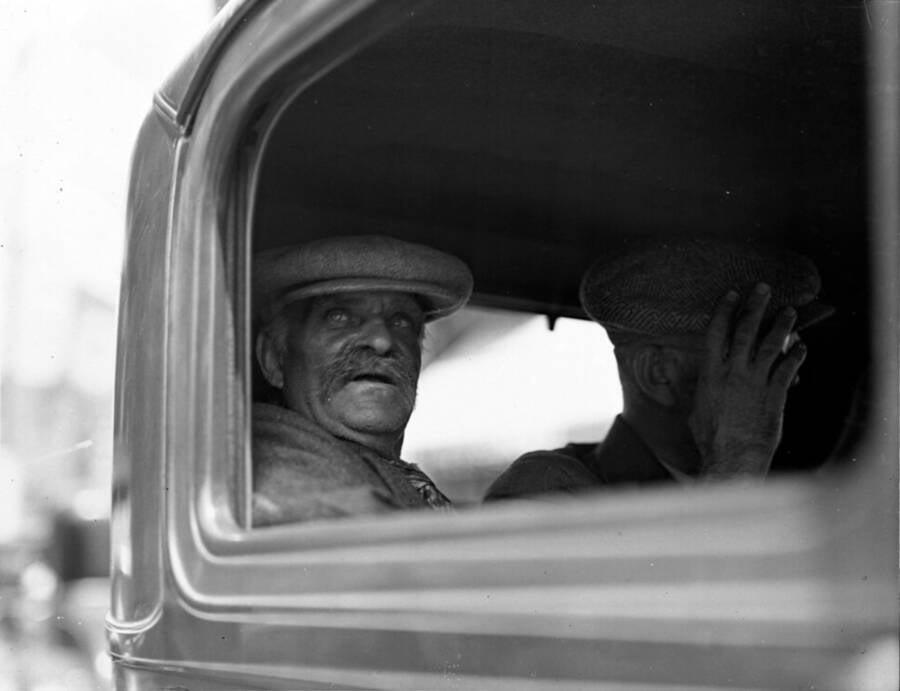 Flickr/Boston Public LibraryJesse Pomeroy at the age of 69, being transferred to Bridgewater hospital in 1929.

In 1874, Jesse Pomeroy became the youngest person ever convicted of first-degree murder in Massachusetts. He was only 14 years old, but his crimes were horrific, violent, and bloody, and he would spend the rest of his life in jail before dying in 1932.

An impoverished youth of Charleston, Massachusetts, Jesse Pomeroy didn’t have it easy. A birth defect that covered his eye in a thick white film saw him bullied at school and savagely beaten at home. But neither his family nor the law could fully explain what Jesse would become.

When her 13-year-old son began beating and sexually assaulting young boys, Pomeroy’s mother, Ruth, simply moved the family to South Boston. However, his penchant for violence only worsened with another assault sending him to reform school in 1873. But within a year, children began to vanish.

Police were shocked to find four-year-old Horace Millen nearly decapitated and 10-year-old Katie Curran decomposing in the basement of Pomeroy’s mother’s shop. His trial caused a sensation because of his age and brutality. At the time, no one knew what to make of a boy who kills children. But today, Jesse Pomeroy is known as America’s youngest serial killer.

The Crimes Of Jesse Pomeroy 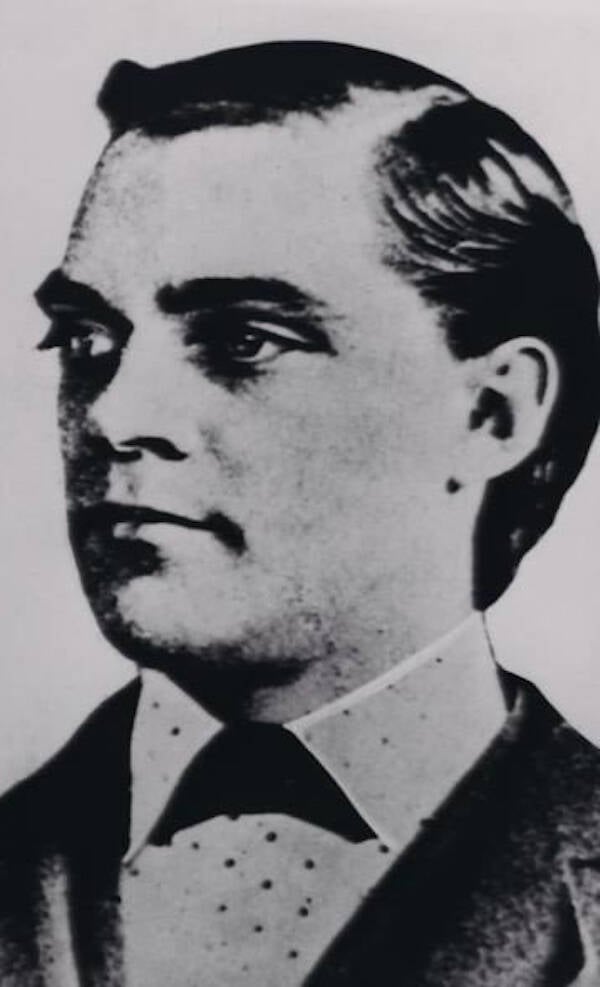 Lehigh UniversityJesse Pomeroy was brutally beating children by the age of 12. And by 14 he would become a murderer.

Born on Nov. 29, 1859, in Charlestown, Massachusetts, Jesse Harding Pomeroy developed what was then referred to as a “humor” when he was an infant. Though he recovered from the unspecified ailment, his right pupil had been scarred at birth and would be covered in a thick film for the rest of his life.

Pomeroy’s childhood struggles remain debated. Some historians are adamant his father, Thomas Pomeroy, a Civil War veteran who worked in the Charlestown Naval Yard, was abusive. Others maintain that he and his older brother, Charles, had rather mundane upbringings.

Jesse Pomeroy was five years old when his neighbor claimed he stabbed a cat to death and threw it into the river. One of his teachers said he was “peculiar, intractable, not bad, but difficult to understand.” Pomeroy hated being corrected and ultimately became a loner who devoured pulpy novels on the savagery of frontier life.

Pomeroy’s father reportedly beat him with a horsewhip on a regular basis and ordered him to strip down naked. And his mother, Ruth, said a serious case of pneumonia in October 1871 had left him “not so well.”

His crimes began that winter. 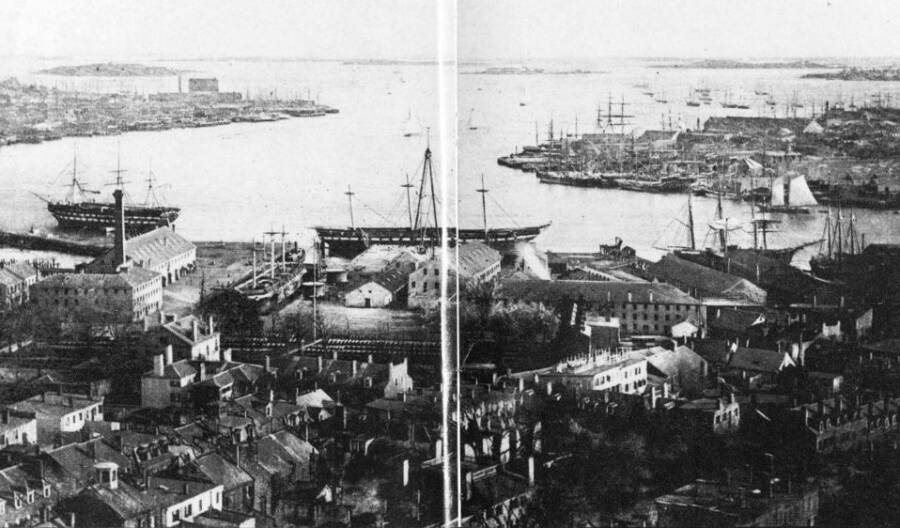 Around Charlestown, children reported being beaten and sexually assaulted by a larger boy. They said he had lured them away with the promise of sweets and then violated them, disfiguring their faces and genitals with a knife and pins. His description was published in The Boston Globe.

In these descriptions, Ruth Pomeroy recognized her son, who was called “The Boy Torturer” and “The Red Devil” by newspapers. Quietly, she moved her family to South Boston. But in August 1872, a boy was found tortured on the beach. And another was found beaten, raped, and tied to a telephone post in September.

One victim told authorities that the perpetrator had a marbleized eye, which quickly led to the arrest of 13-year-old Jesse Pomeroy. Facing six years at the State Reform School in Westborough, Pomeroy’s mother managed to get him released within months.

But the consequences proved tragic and macabre on March 18, 1874.

The Boy Torturer Gets Caught 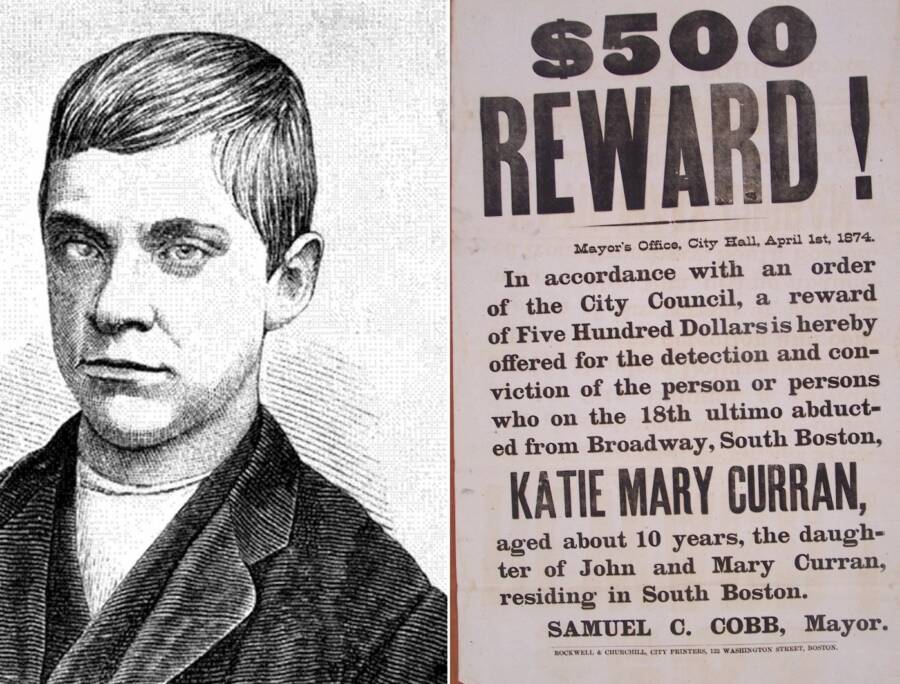 Jesse Pomeroy had been out on parole for barely a month when 10-year-old Katie Curran disappeared from her home. Since she was last seen at Ruth Pomeroy’s shop, where Jesse worked, authorities questioned him and searched the store, though they found nothing.

Five weeks later, however, Pomeroy’s boot prints were discovered next to the body of four-year-old Horace Millen. The boy had been nearly decapitated and dumped on the beach. When police returned to question Pomeroy, they found scratches on his skin and blood on his clothes.

Jesse Pomeroy was arrested on April 24, 1874, and confessed after being confronted with Millen’s body.

Unfortunately for Jesse Pomeroy’s family, things only got worse after Ruth sold her store for much-needed cash after the arrest, and the new tenants discovered the decomposing corpse of Katie Curran in her basement. Pomeroy confessed, yet again.

His trial began on Dec. 9, 1874, shortly after Pomeroy’s 15th birthday. It ended the next day. And although the jury rejected the defense’s insanity plea, it offered Pomeroy leniency because of his age. The judge vehemently disagreed, however, and sentenced him to death.

Deeming him too young for such a fate, the governor’s office refused to sign the judge’s order of execution. After two years and three separate votes, Pomeroy’s sentence was commuted to life in solitary confinement. The 16-year-old was incarcerated in Massachusetts State Prison on Sept. 7, 1876. 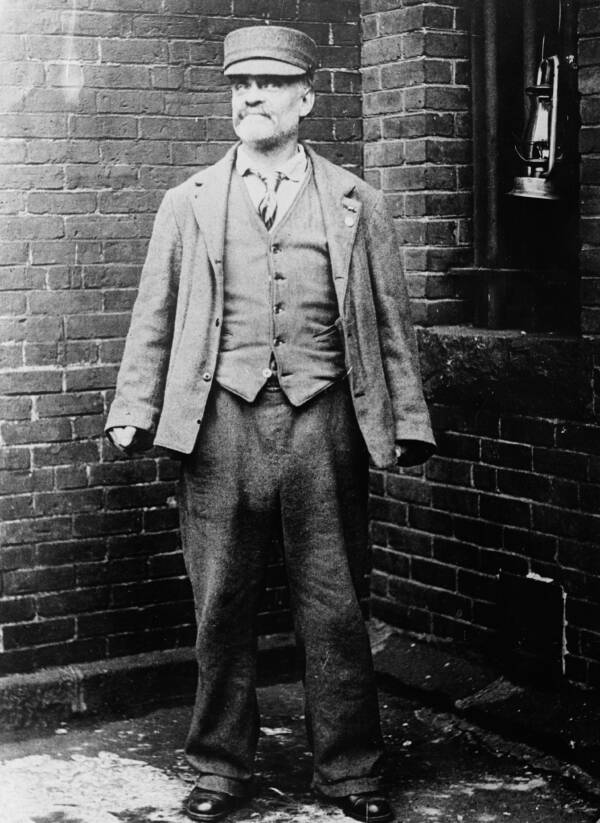 Bettmann/Getty ImagesPomeroy in in prison in the late 1920s.

Over the next 50 years, Jesse Pomeroy would try to escape at least a dozen times. He nearly succeeded after rerouting the gas pipes of his cell to trigger an explosion, but the blast saw him incapacitated. In the end, he spent his time learning several languages, writing poetry, and allegedly investing in the stock market.

In 1929 he was transferred to the State Prison Farm in Bridgewater, Massachusetts, to live out the rest of his days. Three years later, he died of a heart attack, just shy of his 73rd birthday, on Sept. 29, 1932.

By the time he died, America had finally invented a term for his crimes: serial killings. Although Pomeroy killed only two people, too few for some definitions of a serial killer, his crimes shared a pathology that the American Psychological Association considers the hallmark of serial killers: “a distinct pattern in the selection of victims, location, and method.”

And to this day, there is only one other person in America who could contend with Pomeroy for the title of America’s youngest serial killer: a murderer named Craig Price in Warwick, Rhode Island, who killed his first victim in 1987 at age 13, then killed two more at age 15 before he was arrested.

Over his life, Jesse Pomeroy had spent 59 years in prison and reformatories, confined as a ward of the state. It was the longest America had ever held someone behind bars. Headlines still called him the “boy slayer.”

After learning about Jesse Pomeroy, read about the gruesome crimes of Albert Fish, the “Brooklyn Vampire.” Then, learn about Madame LaLaurie’s most sickening acts of torture and murder.