Inside her New Orleans mansion, Madame Delphine LaLaurie tortured and murdered untold numbers of enslaved people in the early 1830s.

In 1834, at the mansion at 1140 Royal Street in the French Quarter of New Orleans, a fire broke out. The neighbors rushed out to help, offering to pour water on the flames and help the family evacuate. However, when they arrived, they noticed that Madame LaLaurie, the woman of the house seemed to be alone.

A mansion without slaves seemed shocking and a group of locals took it upon themselves to search LaLaurie Mansion. 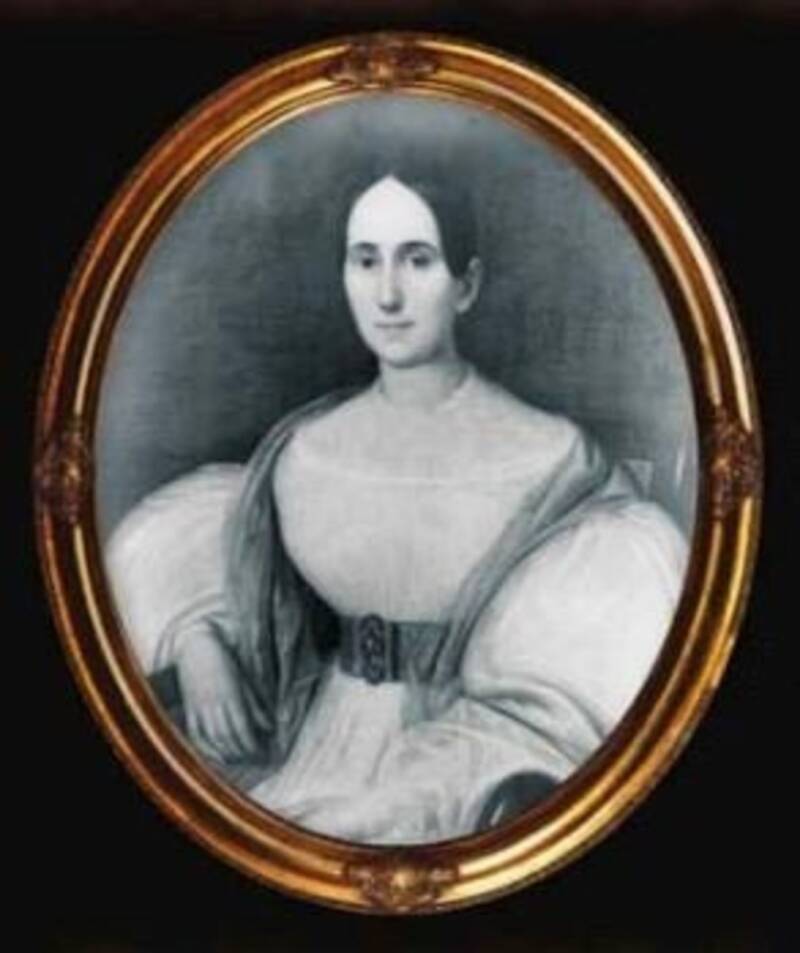 Wikimedia CommonsWhen firefighters entered Madame LaLaurie’s mansion, they found her enslaved workers, some of them horribly mutilated yet still alive while others were dead and simply left to decompose.

What they found would forever change the public’s perception of Madame Marie Delphine LaLaurie, once known as a respectable member of society, and now known as the Savage Mistress of New Orleans.

The rumors have muddied the facts throughout the years, but there are a few details that have stood the test of time.

First, the group of locals found the slaves in the attic. Second, they had clearly been tortured.

Uncorroborated reports from eyewitnesses claim that there were at least seven slaves, beaten, bruised, and bloodied to within an inch of their lives, their eyes gouged out, skin flayed, and mouths filled with excrement and then sewn shut.

One particularly disturbing report claimed there was a woman whose bones had been broken and reset so that she resembled a crab, and that another woman was wrapped in human intestines. The witness also claimed that there were people with holes in their skulls, and wooden spoons near them that would be used to stir their brains. 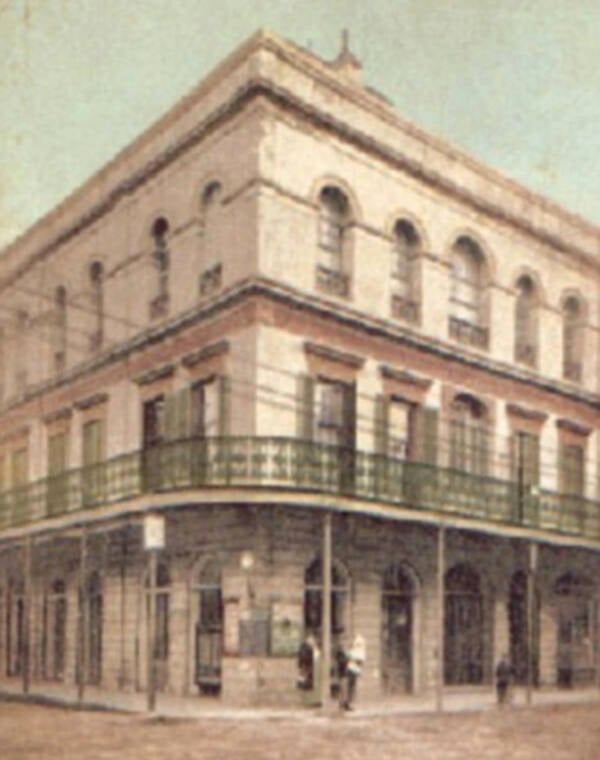 Wikimedia CommonsWitnesses said that some of Madame LaLaurie’s enslaved workers had their eyes gouged out, skin flayed off, or mouths filled with excrement and then sewn shut.

There were other rumors that there were dead bodies in the attic as well, their corpses mutilated beyond recognition, their organs not all intact or inside their bodies.

Some say there were only a handful of bodies; others claimed there were over 100 victims. Either way, it cemented Madame LaLaurie’s reputation as one of the most brutal women in history.

However, Madame LaLaurie was not always sadistic.

She was born Marie Delphine McCarty in 1780 in New Orleans to an affluent white Creole family. Her family had moved from Ireland to then-Spanish-controlled Louisiana a generation before her, and she was only the second generation to be born in America.

She married three times and had five children, whom she was said to attend to lovingly. Her first husband was a Spaniard named Don Ramon de Lopez y Angulo, a Caballero de la Royal de Carlos — a high-ranking Spanish officer. The pair had one child together, a daughter, before his untimely death in Havana while en route to Madrid.

Four years after Don Ramon’s death, Delphine remarried, this time to a Frenchman named Jean Blanque. Blanque was a banker, lawyer, and legislator, and was almost as affluent in the community as Delphine’s family had been. Together, they had four children, three daughters, and one son.

After his death, Delphine married her third and final husband, a much younger doctor named Leonard Louis Nicolas LaLaurie. He was not often present in her day to day life and mostly left his wife to her own devices.

In 1831, Madame LaLaurie purchased a three-story mansion at 1140 Royal Street in the French Quarter.

As many society women did at the time, Madame LaLaurie kept slaves. Most of the city was shocked at how polite she was to them, showing them kindness in public and even manumitting two of them in 1819 and 1832. However, soon rumors began to spread that the politeness exhibited in public may have been an act.

What Happened Behind Closed Doors Inside LaLaurie Mansion

The rumors turned out to be true.

Though New Orleans had laws (unlike most of the southern states) that “protected” slaves from unusually cruel punishments, the conditions at the LaLaurie mansion were far from adequate. 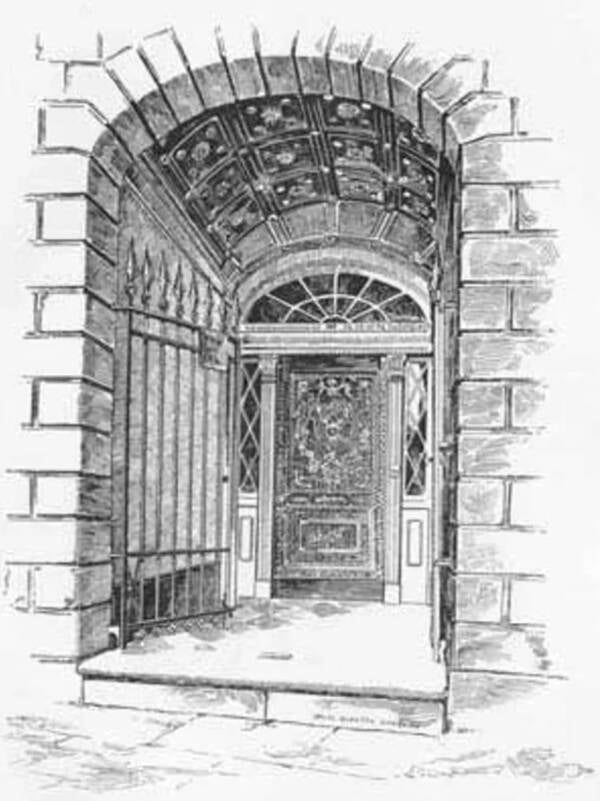 Wikimedia CommonsThe scene at LaLaurie mansion was so horrifying that a mob soon chased after Madame LaLaurie and drove her straight out of town.

There were rumors that she kept her 70-year-old cook chained to the stove, starving. There were others that she was keeping secret slaves for her doctor husband to practice Haitian voodoo medicine on. There were other reports that her cruelty extended to her daughters who she would punish and whip if they tried to help the slaves in any way.

Two of the reports are on record as being true.

One, that a man was so scared of punishment that he threw himself out of a third-story window, choosing to die rather than be subjected to Madame LaLaurie’s torture.

The third story window was then cemented shut and is still visible today.

The other report concerned a 12-year-old slave girl named Lia. As Lia was brushing Madame LaLaurie’s hair, she pulled a little too hard, causing LaLaurie to fly into a rage and whip the girl. Like the young man before her, the young girl climbed out onto the roof, leaping to her death.

Witnesses saw LaLaurie burying the girl’s corpse, and police were forced to fine her $300 and make her sell nine of her slaves. Of course, they all looked the other way when she purchased them all back.

After Lia’s death, the locals began to doubt LaLaurie even more than they already were, so when the fire broke out, no one was surprised that her slaves were the last to be found — though there was nothing that could prepare them for what they found.

After the slaves were released from the burning building, a mob of almost 4000 angry townspeople ransacked the home, smashing the windows and tearing down doors until almost nothing remained but the outside walls.

What Became Of Madame LaLaurie After Her Crimes Were Exposed

Though the house still stands on the corner of Royal Street, the whereabouts of Madame LaLaurie are still unknown. After the dust settled, the woman and her driver were missing, assumed to have fled to Paris. However, there was no word of her ever making it to Paris. Her daughter claimed to have received letters from her, though no one had ever seen them. 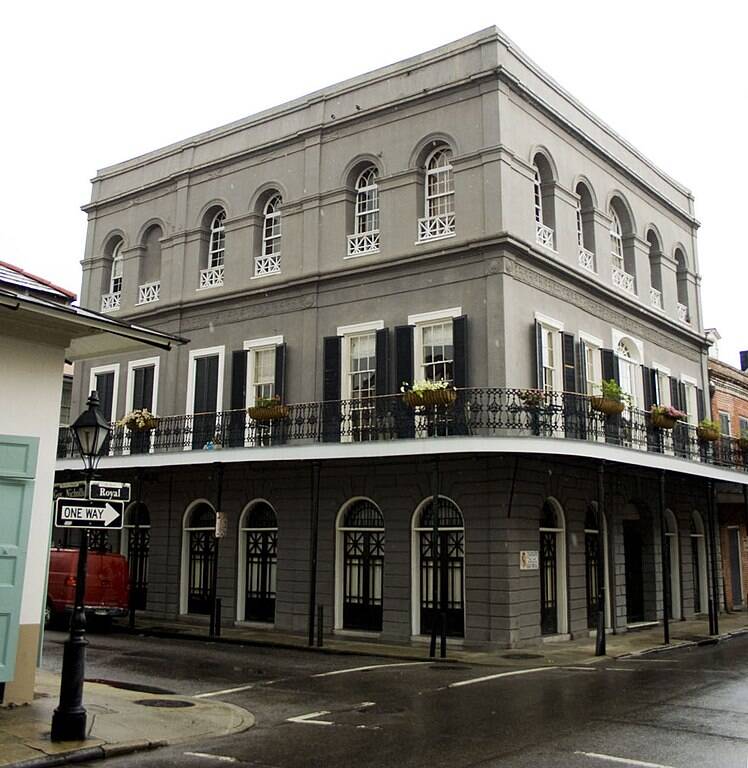 Wikimedia CommonsThe victims of Madame LaLaurie were buried on the property and are said to haunt the grounds to this day. Even after two centuries, locals refuse to call LaLaurie mansion by her name, referring to it simply as the “Haunted House.”

The inscription on the plaque, in French, claims that Madame LaLaurie died in Paris on December 7, 1842. However, the mystery remains alive, as other records located in Paris claim that she died in 1849.

Despite the plaque and the records, it was widely believed that while LaLaurie made it to Paris, she came back to New Orleans under a new name and continued her reign of terror.

To this day, the body of Madame Marie Delphine LaLaurie has never been found.