After a fire broke out at Madame Delphine LaLaurie's house in 1834, witnesses discovered a secret torture chamber where she had viciously beaten, starved, and killed countless enslaved people.

The home at 1140 Royal Street in New Orleans looks elegant. Sophisticated even. But the story of LaLaurie Mansion — so named for its mistress, Madame Marie Delphine LaLaurie — is one of torture and death. 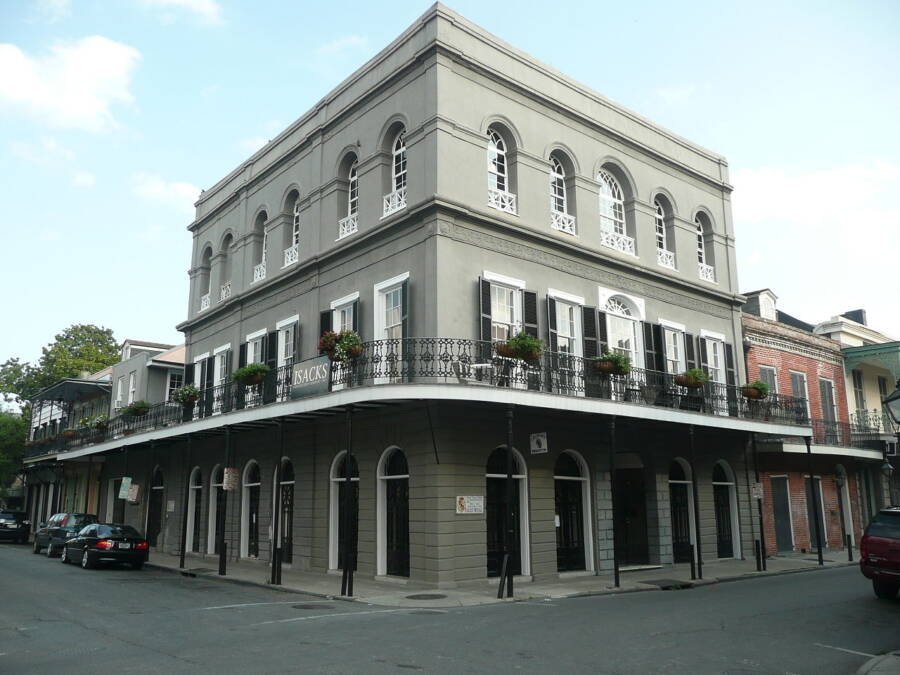 Wikimedia CommonsThough it looks peaceful today, LaLaurie Mansion was once the site of true horrors.

There, in the 1830s, Delphine LaLaurie mercilessly tortured the people she enslaved. She restrained them, mutilated them, and subjected them to sick experiments. By the time a fire exposed the horrors at Madame LaLaurie’s mansion, an unknown number had died at her hand.

Though she fled, her evil lingered. LaLaurie Mansion is purported to be one of the most haunted houses in New Orleans, its halls forever cursed by LaLaurie’s victims.

How LaLaurie Mansion Became A House Of Horrors

The LaLaurie Mansion story begins in 1831. Then, a man named Edward Dufossat sold his unfinished home at 1140 Royal Street to a well-off, pleasant-seeming couple: Dr. Leonard Louis Nicolas LaLaurie and his wife, Delphine. 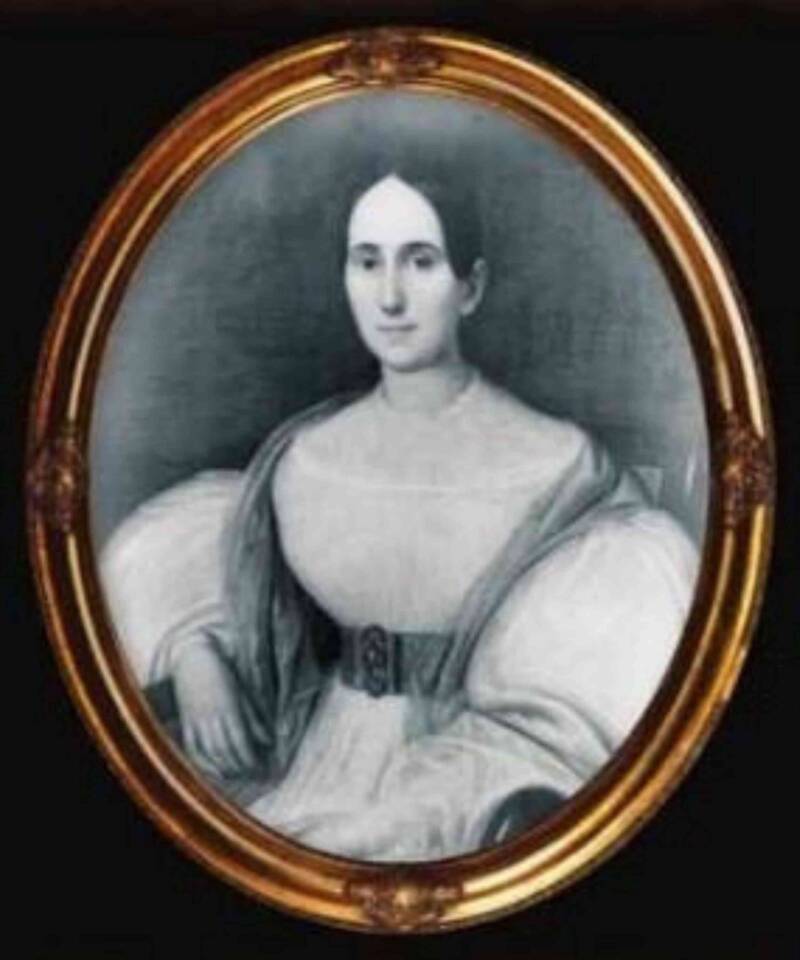 The couple completed the two-story mansion in the Federal architectural style. Situated on the corner of Royal and Hospital (now Governor Nicholls) streets in the French Quarter, it seemed like a handsome addition to the neighborhood. But life inside LaLaurie Mansion was nothing short of hellish.

There, Delphine had started to abuse and torture her enslaved workers. Though she was kind to enslaved people in public — and had even freed two of them — she made life in the mansion a living nightmare. Two people she enslaved even jumped to their death from the mansion’s roof rather than face her brutality.

But the extent of Delphine LaLaurie’s cruelty remained just a rumor until April 1834. Then, a sudden fire in the house broke out — and revealed the depths of her depravity.

When volunteers first arrived on the scene, they encountered a Black cook chained to the stove. She told them that she’d started the fire on purpose in hopes of ending her own life. Things only got worse as they moved through the mansion.

In the attic above the kitchen, the first responders found a group of imprisoned enslaved people. Many had been gruesomely tortured, with their bones broken, their eyes gouged out, and worse.

“Upon entering one of the apartments, the most appalling spectacle met their eyes,” The New Orleans Bee reported on April 11, 1834, the day after the fire.

“Seven slaves more or less horribly mutilated were seen suspended by the neck, with their limbs apparently stretched and torn from one extremity to the other… They had been confined by her for several months… and had been merely kept in existence to prolong their suffering.”

Delphine LaLaurie fled. But the story of LaLaurie Mansion was just beginning.

LaLaurie Mansion After The Fire 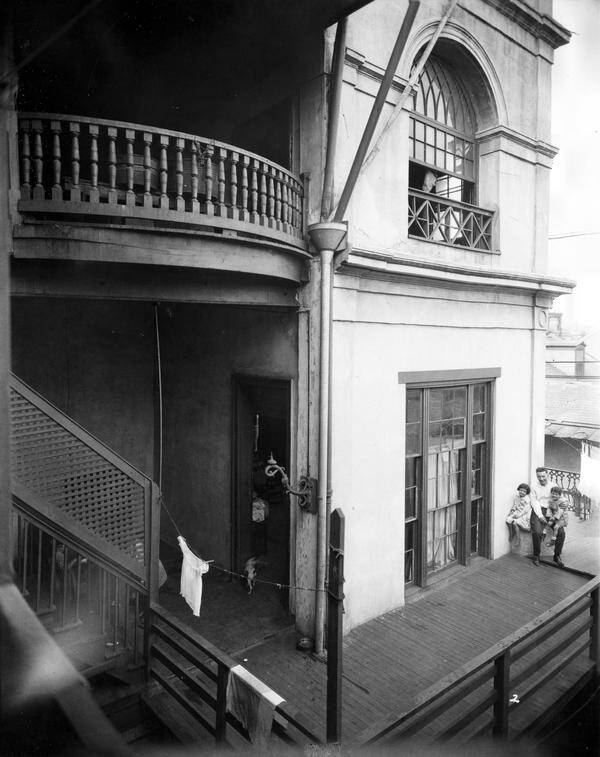 Louisiana Digital LibraryA close up of the rear of the LaLaurie mansion taken circa 1979 – 1983 showing a man and two children sitting on the balcony.

Following the fire at LaLaurie Mansion, the house embarked on an uneasy, erratic journey. After lingering in ruins, it was made into an integrated school, a conservatory of music, and a home for the homeless. At one point, it was partitioned into apartments. Eventually, it fell into private hands.

But no one ever seemed to own the house for long. One owner apparently ended up in an asylum. Another fell into a coma. And even actor Nicholas Cage, who briefly owned the house in the aughts, lost it to foreclosure in 2009.

“I bought it in 2007, figuring it would be a good place in which to write the great American horror novel,” Cage later said. “I didn’t get too far with the novel.”

According to local lore, there’s a reason that no one owned the house for very long. Although Delphine LaLaurie was long dead, it is said that her horrific crimes made LaLaurie Mansion a deeply haunted house.

Inside One Of New Orleans’ Most Haunted Houses

As LaLaurie Mansion changed hands over the years, many who ventured inside have had strange, paranormal encounters.

People have reported hearing tortured shrieks and moans coming from within. Some have smelled burning flesh or heard the dragging of chains. Others say they’ve seen actual ghosts, including a large Black man in chains and a white woman with glaring eyes. 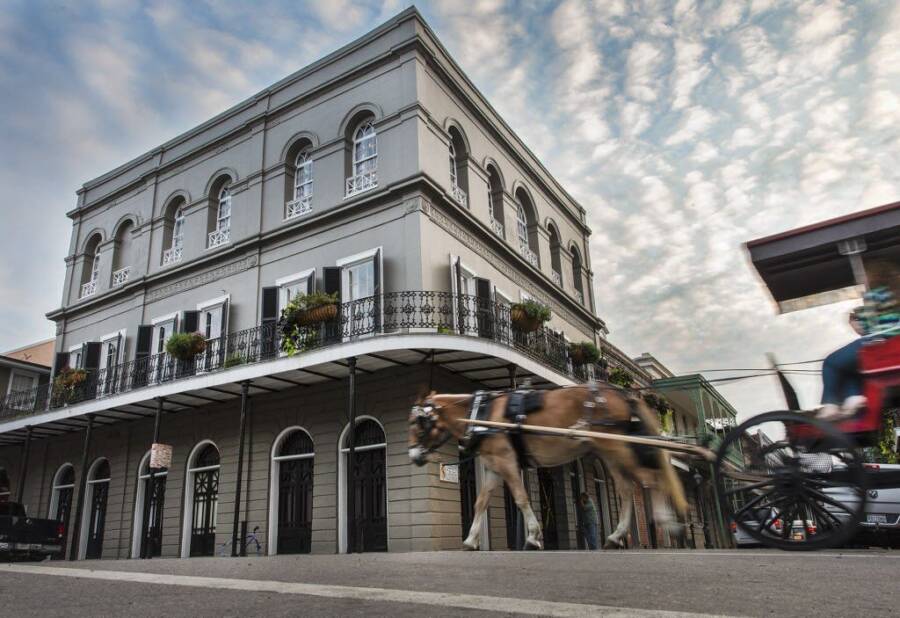 Chris Granger/NOLA.comLaLaurie Mansion is today considered one of New Orleans’ most haunted houses.

Apparently, some of these ghosts — especially the woman, believed to be Madame LaLaurie herself — are violent. When the house was a school, young girls allegedly encountered a woman who would grab their arms, leaving scratches and bruises.

Other ghosts seem more friendly, however — even playful. One medium who visited the house suggested that much of its evil had dissipated, leaving its ghosts to wander freely and without fear of their former mistress.

Today, the handsome house at 1140 Royal Street looks as charming as ever. But locals are well-aware of its bloody history. Though it looks lovely from the sidewalk, this house of horrors has a truly nightmarish history.

After going inside LaLaurie Mansion, discover the true story behind the Amityville Horror house. Or, look through some of America’s most haunted houses.