Stephanie Matto sold her jarred flatulence for $1,000 a piece and made over $200,000 in her two-month venture while subsisting on a diet of yogurt, eggs, and beans — and ended up in the hospital when she thought she was having a heart attack.

Stephanie Matto is an influencer, YouTuber, author, and former star of TLC’s 90 Day Fiancé. But she recently launched a new business venture after realizing demand was high for a rather unorthodox product. This November, she found lucrative part-time work bottling and selling her own farts — until things went terribly wrong. 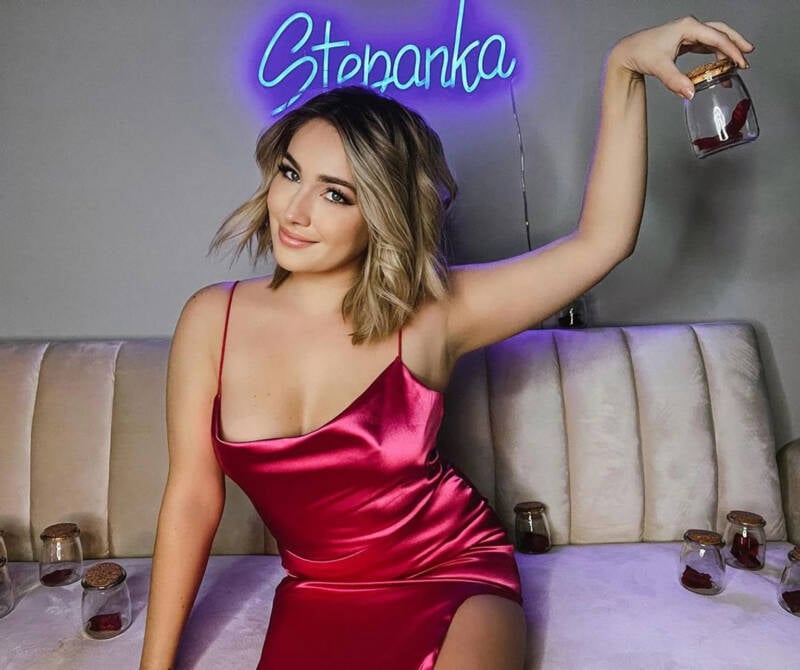 @stepankamatto/InstagramStephanie Matto made $200,000 before retiring her fart business.

For two months, she spent her days farting into glass jars with flower petals adorning the inside and shipping them to fans. Remarkably, Matto was making $50,000 per week in December through fart sales alone and eventually sold more than $200,000 worth of farts worldwide through the adult website Ulfiltrd.

But in January 2021, Matto was hospitalized for what she thought was a heart attack but turned out to be a dangerous buildup of gas inside her body from her flatulence-inducing diet. And now, she says her fart-selling days are behind her.

How Stephanie Matto From 90 Day Fiancé Turned To Selling Farts

Born on September 21, 1990, in Derby, Connecticut, Stephanie Matto came of age when social media platforms like Twitter began booming. The first iPhone was released one year before she became an adult, while Instagram wasn’t far behind — and reality television dominated the screens of countless homes. 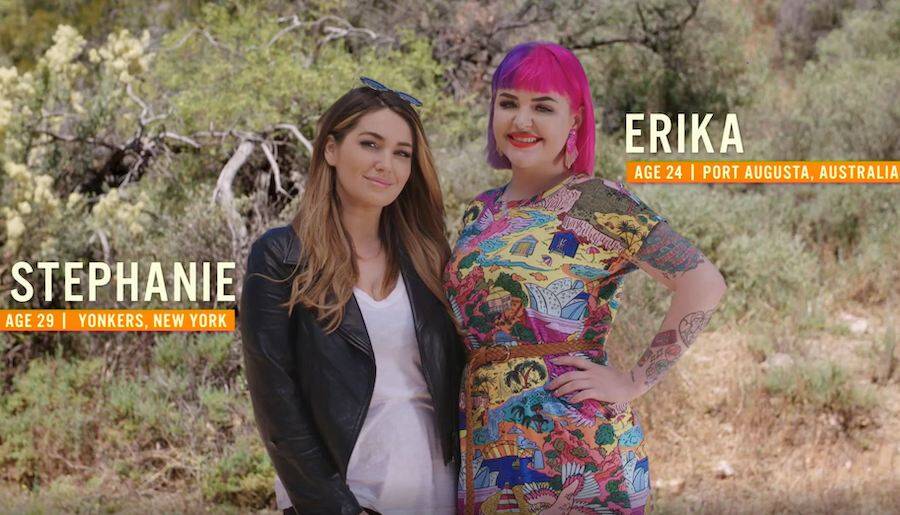 Being cast in TLC’s 90 Day Fiancé spin-off series 90 Day Fiancé: Before the 90 Days surely felt like a dream. The show premiered in August 2017, with Matto joining the cast in its fourth season. The show featured couples who met online but not yet in person, and Matto’s romantic partner was an Australian woman named Erika Owens.

Although some cynical fans believe that she merely joined 90 Day Fiancé to bolster her YouTube channel, Matto did well on the show and gained an earnest fan base.

And whatever her motivations, Matto has nonetheless done well to use her recognition to further her fame and business endeavors. In addition to her 373,000 YouTube subscribers, presence on Instagram and TikTok, she has written books and founded the adult content site Unfiltrd — which spurred another career entirely.

After Stephanie Matto received a fan request on her new site for a jarred fart for $1,000 in November, she realized there was money to be made. According to IFL Science, she began regularly satisfying these requests and even offering discounts during the holiday season. At one point, she sold 97 jars over two days.

How A Fart In A Jar Hospitalized A Star

In December 2020, Stephanie Matto told Buzzfeed, “I think my main motivation was money, but I also thought it’d be a hilarious publicity move that would get a lot of people’s attention.”

“And it has definitely worked… My own adult-friendly platform these past few months has made me very aware of the different types of niches and markets that are out there.”

However, Matto was ultimately accountable for the demand and changed her diet to satisfy it. As she detailed in an Instagram video, she almost exclusively ate beans, eggs, and protein muffins. One day, she had three protein shakes and a large bowl of black bean soup merely to produce the gas she needed. 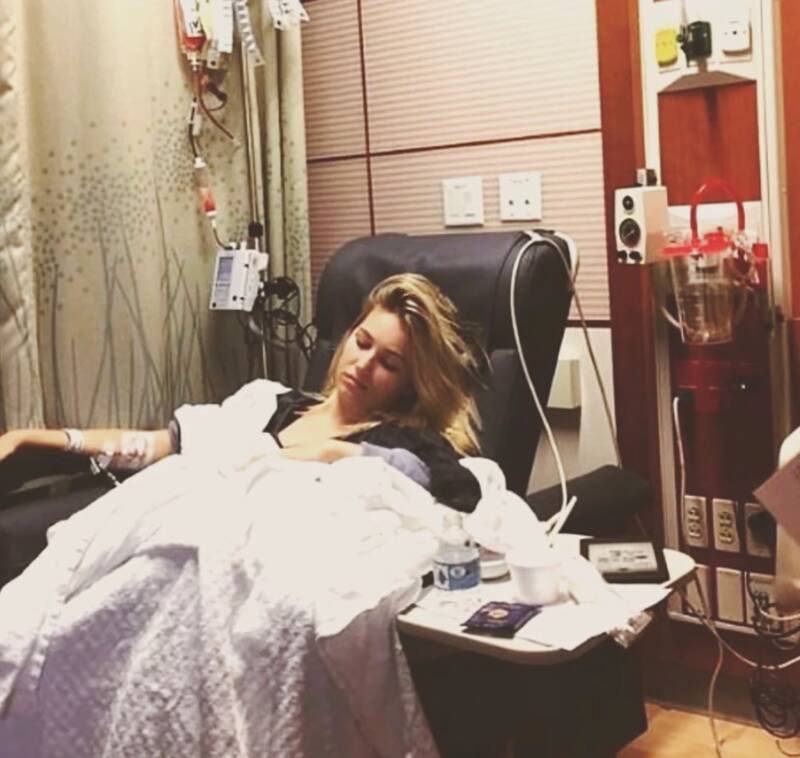 “As luck would have it, once I put the jars up for sale, they began to sell like hotcakes,” she said. “I honestly could not believe the demand. I think a lot of people have this fetish in secret. I began this venture by eating mostly protein muffins, shakes, and also hard-boiled eggs.”

But then, while most of the world was celebrating the new year, Stephanie Matto had to check herself into the hospital when her lifestyle became unsustainable. According to InTouchWeekly, the incident in early January 2022 began with chest pains that resulted in an anxiety attack — and ended in retirement.

“I could tell that something was not right that evening when I was laying in bed and I could feel a pressure in my stomach moving upward,” she said. “It was quite hard to breathe, and every time I tried to breathe in, I’d feel a pinching sensation around my heart. And that, of course, made my anxiety escalate.”

The physicians urged Matto to change her diet and prescribed her a medication to suppress her gas. The world caught wind of this on January 4, after the 31-year-old announced that she would no longer be farting into jars and shipping them around the country. 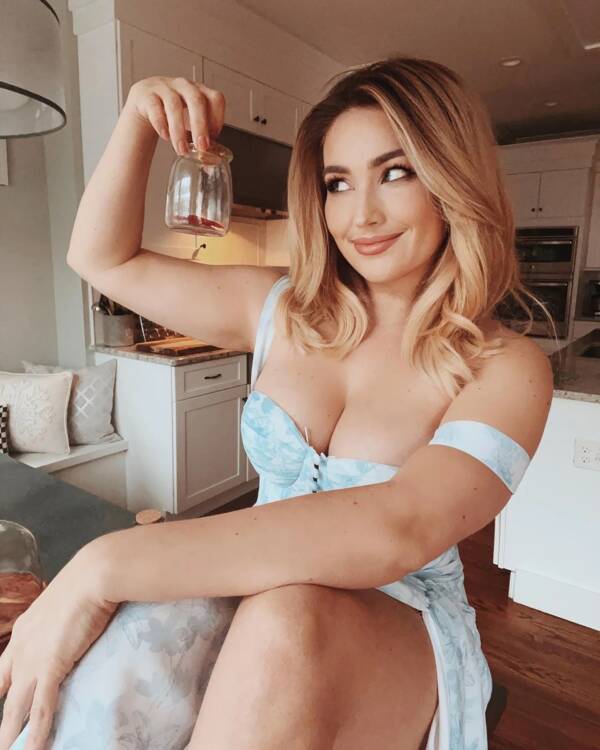 But even so, Stephanie Matto remains generous — she plans to donate a portion of her income to a charity that focuses on gastric disorders — and resourceful, intending to pivot to selling digital NFTs of farts instead of real whiffs.

“It actually comes at a good time because the fart business was both physically and mentally exhausting, and I’m refocusing my efforts on my fart jar NFT project as well as a ‘build-a-brand’ business course for girls!” Matto said. “There’s a lot still for me to do in this world and I’m glad I’m not stopping anytime soon!”

NFTs, or non-fungible tokens, allow for ownership over digital content. Secured by the same Ethereum blockchain that protects emerging cryptocurrencies, Matto has entered a controversial new market where she might find a whole new base of clients.

While many skeptics believe NFTs to be nothing but hot air, Stephanie Matto appears to be in luck — as that’s all she has been selling, anyway.

After reading about Stephanie Matto, learn about Benjamin Franklin’s effusive essay on farts. Then, read about Mister Rogers using farts to amuse his wife.