The Disturbing Story Of Alexander Pichushkin, The Russian ‘Chessboard Killer’ Who Strove To Kill 64 Victims

Alexander Pichushkin was found guilty of murdering at least 48 people in a Moscow park — and during his trial in 2007, he demanded that the court recognize that he had actually killed many more.

When future-serial killer Alexander Pichushkin was a child, he fell backward off of a swing. As he was sitting up, the swing swung back and hit him in the forehead. The event caused lasting damage to his still-developing frontal cortex, the area of the brain that controls problem-solving, impulse regulation, and personality traits. 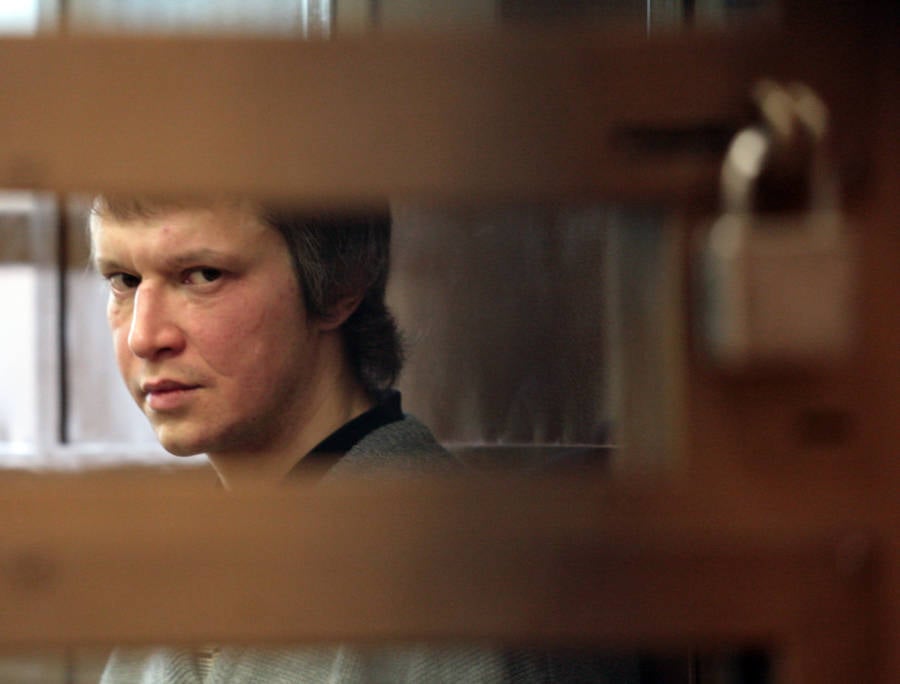 Sergey Shakhidzanyan/Laski Diffusion/Getty ImagesRussian killer Alexander Pichushkin looks on from a cell in a Moscow court room awaiting his sentence.

Later, when Alexander Pichushkin was found guilty of killing dozens of people in the grisliest manner imaginable, experts would attribute this injury to the driving force behind his rage, and perhaps the reason he was so eager to kill.

But Alexander Pichushkin’s brutality and depravity went far beyond most people’s understanding — and his body count exceeded even the worst American serial killers.’

Alexander Pichushkin killed his first victim in 1992 but killed only sporadically until 2001, when he began regularly targeting victims. According to him, his goal was to kill 64 people — the same as the number of squares on a chessboard. While he was only convicted of murdering 49 people, he claims that he achieved his goal and that he murdered so many people he lost count. He also later claimed that had he not been stopped, the number would have only climbed.

A majority of Pichushkin’s victims were elderly homeless people, whom he found in Bitsevsky Park in Moscow, and lured in with the promise of free vodka, as reported by GQ. He would drink with them, let them imbibe as much as they wanted, then kill them, usually with blows to the head with a hammer. As his signature, he’d push the vodka bottles into the gaping holes in their heads.

Later, he branched out and began killing younger men, women, and children too, attacking them behind and taking them by surprise. Though he was no longer picky about who his victims were, he seemed to prefer the old homeless men.

The Maniac Of Bitsevsky Park 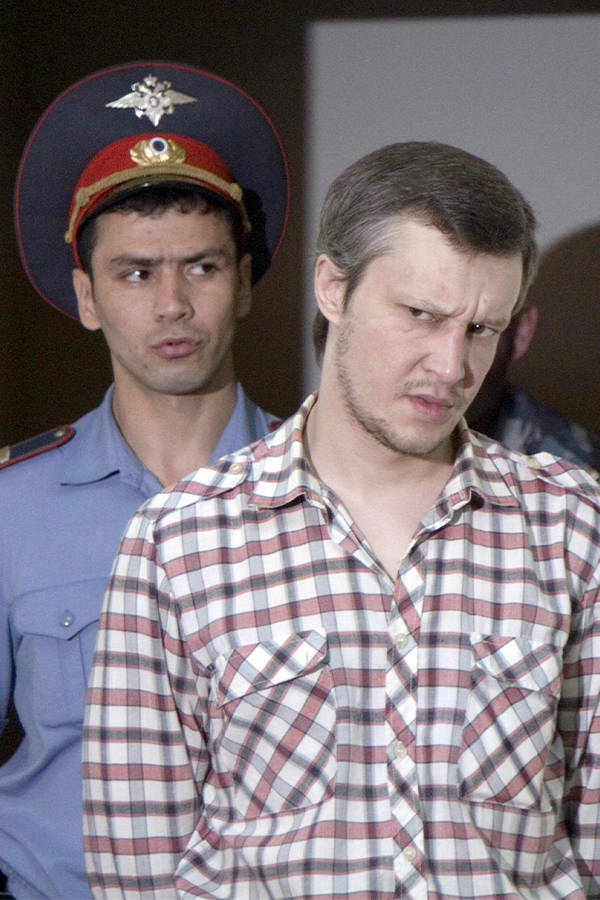 In the late 1990s, the area around Bitsevsky Park became known as the hunting ground for a man the press called the “Maniac.” People would disappear into the woods in the park, into the tall birch trees just far enough away from the road that hiding behind them made one nearly invisible. By the spring of 2006, almost 50 people had vanished into them, never to be seen again.

The Maniac was talked about everywhere, a faceless beast that grabbed people in the night. His description, although limited by police knowledge, was plastered on every news outlet it could be. Somehow, however, people kept disappearing. The public envisioned a monster, an animal of a man, potentially more than one man, hiding around every corner, living in shadows, preying on the weak.

In reality, Alexander Pichushkin was working days at a grocery store, making small talk with the hundreds of people who passed through his register every day. His co-workers always referred to him as quiet, perhaps a little strange, but certainly not dangerous. Until he attempted to lure one of them into his killing grounds.

His final victim, a woman from the store, was suspicious enough of his request. He asked her if she would she like to accompany him to see his dog’s grave in the woods? This weird request made her alert her son to where she was going, and give him Pichushkin’s number.

Though she did not survive, the police were alerted to her disappearance and the fact that she had been wary of Pichushkin. She was also caught on a subway camera with him, which was enough to have him arrested.

The Arrest And Trial Of Alexander Pichushkin 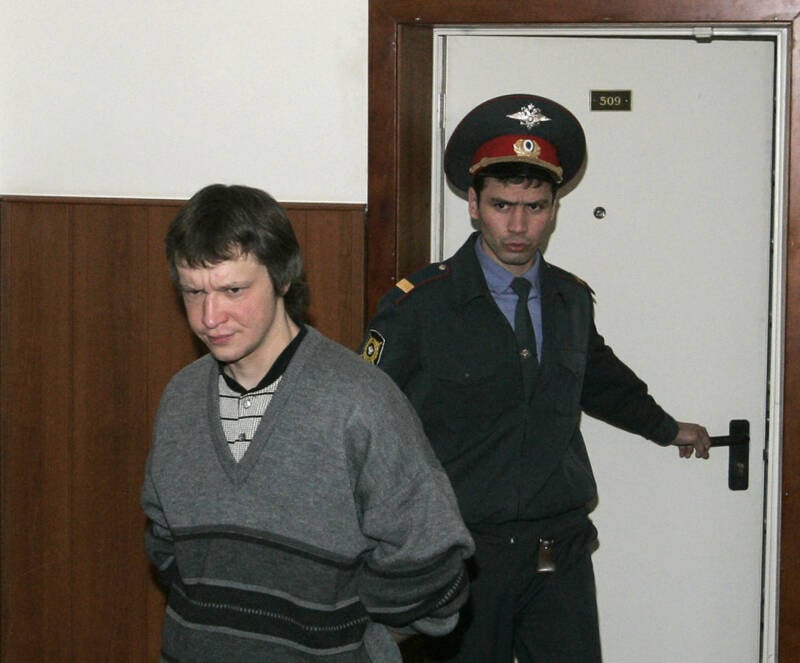 After his arrest, Pichushkin happily confessed to his crimes, handing his diary over to police, and showing them his most prized possession, a chessboard on which he had kept track of his murder victims. It was disappointing, he told them, that he hadn’t completed it. Of the 64 squares, only 61 of them were filled in.

As he aired his confession to the police, the number of victims changed over and over. He first listed 48, then 49, then 61, and later said that it was so high he’d simply lost count. Police considered his macabre chess game evidence of 61 crimes, and the bodies they had located as evidence of 49 murders.

In October 2007, after a short trial during which he was confined to a glass box much like his murderous rival Andrei Chikatilo, Alexander Pichushkin was convicted of 49 murders, and three attempted murders. His total gave him a higher body count than Jeffrey Dahmer, Jack the Ripper, and the Son of Sam combined.

Unsatisfied with the ruling, however, he asked the court to please up his victim count by 11, bringing his total number of victims up to 60 murders, plus three attempted.

“I thought it would not be fair to forget about the other 11 people,” he reasoned.

The judge didn’t hesitate, handing him a life sentence in prison – the first 15 years of which were to be spent in solitary confinement.