Inside The Unsolved Murder Of 16-Year-Old Lifeguard Molly Bish

On June 27, 2000, Molly Bish's mother dropped her off at work in Warren, Massachusetts — and never saw her alive again. More than 20 years later, police still have no idea who killed her. 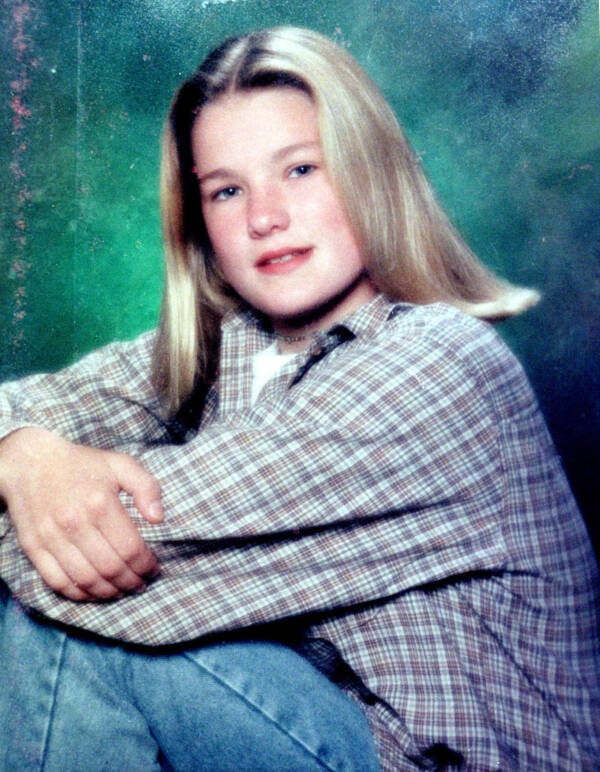 Boston Herald/Getty ImagesMolly Bish was just 16 when she disappeared from Warren, Massachusetts in 2000.

The unsolved murder of a 16-year-old girl still haunts the town of Warren, Massachusetts. Molly Bish showed up for her shift as a lifeguard at Comins Pond on June 27, 2000, and vanished, seemingly into thin air.

Bish’s mother, Magi, recalled seeing a mysterious man hanging around the pond on that fateful day, but he was never able to be identified. And Bish’s disappearance sparked the largest missing persons search in state history.

Three years later, however. authorities recovered her body in the woods not far from her family’s home — but to this day, the murder of Molly Bish remains unsolved.

The Chilling Disappearance Of Molly Bish 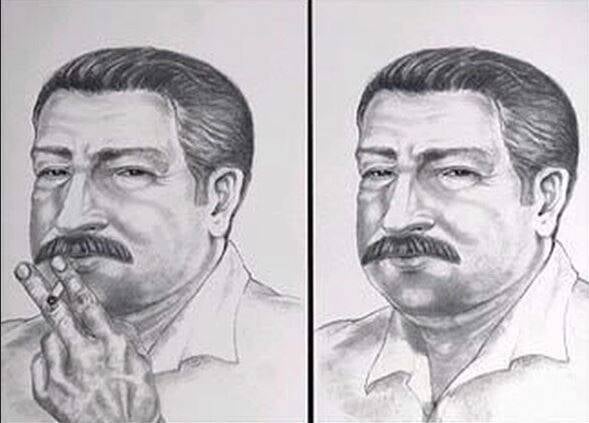 Public DomainPolice released a sketch of the man Magi Bish saw the day before her daughter’s disappearance. 2000.

Molly Bish was born on Aug. 2, 1983, in Warren, Massachusetts. She was a bright, well-liked, active girl and had taken a summer job at Comins Pond as a lifeguard. When her mother dropped her off the day before the disappearance, she noticed a man with a mustache sitting in a white sedan, seemingly watching her 16-year-old daughter.

On June 27, 2000, Magi and Molly Bish stopped at a local convenience store just before 10 a.m. so Bish could get everything she needed for her shift at the pond. When they arrived at the lifeguard station, Bish’s mother did not see the man and left her daughter as she set up her post for the day.

Several hours later Magi Bish received a call from the police, who said there had been no lifeguard on duty, but that Molly’s belongings were still at the lifeguard station where her mother dropped her off that morning, according to Western Mass News.

With that information, the Worcester County Sheriff’s Office launched an investigation. A local worker reported they had seen the same man in the white sedan, but he was parked at a nearby cemetery that was connected to the pond by a short path.

The investigation became the largest and most expensive in the state’s history, but it was years before Molly Bish was found.

The Search For Molly Bish Becomes A Murder Investigation 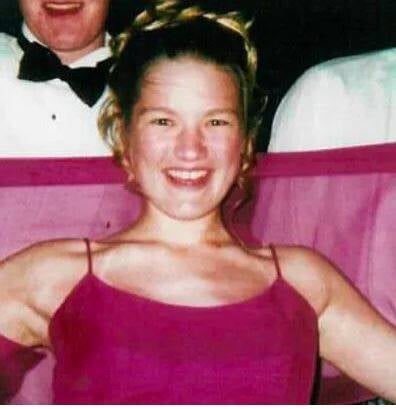 Two years into the investigation, police received a tip from a local hunter that he found a blue bathing suit in the woods on nearby Whiskey Hill in Palmer, a town about 20 minutes from the pond. The following spring, he mentioned it to a friend. The friend contacted police and authorities flooded the area, as Bish had been wearing a blue bathing suit when she disappeared.

On June 9, 2003 Molly Bish’s body was found about five miles from her family’s home. No official cause of death has been released, but it has been assumed she was murdered and buried there.

Police remained dedicated to finding a suspect, but the case quickly turned cold. In 2005, a man who was charged with attempted kidnapping in Connecticut was a suspect, but he was cleared in Molly’s case.

In 2009, Rodney Stanger, who had recently been convicted of murder, became a prime suspect in the case. For two decades, he lived just a few miles from Bish’s hometown and moved to Florida shortly after her disappearance.

Stanger also drove a white car, frequently fished at Comins Pond and was an avid hunter where her body was found. He fit the description her mother gave to police of the man she saw, but Stanger was never charged in the case.

Soon after the police were unable to prove Stanger was the perpetrator, the case went cold for the second time. 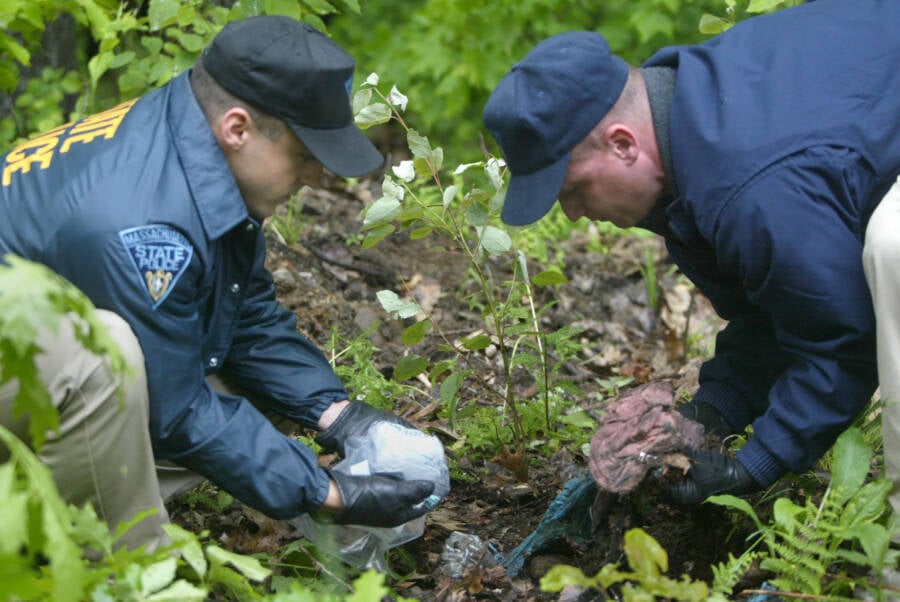 In November 2011, Confidential Informant #62 with the Eastern Hampden County Narcotic Task Force became the newest suspect. The informant, Gerald Battistoni, attempted suicide while in prison after learning he was a person of interest in the Bish case.

Battistoni also lived in the area from where Bish disappeared and had an extensive criminal record dating back to the 1980s. His DNA was tested in Texas, where he was serving his sentence. Battistoni died in November 2014 and was not charged with the crime.

On June 3, 2021, Worcester County District Attorney Joseph Early announced that Francis P. Sumner, Sr. was a new person of interest in the case, NBC reported. Five years earlier, he had been found dead in his home, but police received a verifiable tip that Sumner was involved in the disappearance of Molly Bish.

Because the investigation is still ongoing, authorities cannot give out many details of the case against Sumner, but his criminal history is part of the reason he became a suspect. Sumner had a long criminal record, and had served concurrent sentences for multiple crimes against women in the area that Bish worked.

Sumner could have been released from a stint in prison as early as 1997 and it’s known he did return to the area, so it could not be ruled out that he may have been the one who last saw Molly Bish alive. When the announcement of a new suspect was made, the Bish family gave a number of interviews.

Bish’s older sister, Heather Bish, told one outlet that she believed police were doing all they could with the information about the new suspect. Since Sumner died, police went to Ohio to retrieve DNA from his son, who was serving time in a federal prison, to make a DNA match.

According to Mass Live, Heather Bish said that, “Here’s a guy who is a convicted rapist, Level 2 sex offender, should have been in the registry, was not, DNA is not available. It makes me feel like they really do want to solve this and they really are trying. I do feel like we are getting very, very close. I think this could be the closure that we’re looking for as far as what could have happened to Molly on June 27, 2000.”

As of 2022, the disappearance and murder of Molly Bish remain unsolved, but the family believes the end is near on finding the culprit, even if it means there may never be full closure.

In the same interview, Bish’s sister noted that the end of the decades-long investigation would bring peace, saying, “There’s always this sadness that’s always going to be carried with me because she’s not here … maybe it will never make sense, and we will always miss her, but at least we won’t have to keep trying to figure this out.”

After learning about the case of Molly Bish, learn about 11 famous murders that remain bone-chilling to this day, from the Black Dahlia to JonBenét Ramsey. Then, read about the disappearance of 21-year-old Missouri mom Christina Whittaker.

Jessica OConnor
Jessica O'Connor is a public historian focusing on Deep South Black History with degrees from Winston-Salem State University and the University of North Carolina at Greensboro.
You might also like
Remove Ads
×
Follow ati On
Join The All That's Interesting Weekly Dispatch
Like Follow
Posting....