The Chilling Case Of Shayna Hubers, The Woman Who Killed Her Boyfriend — Then Sang ‘Amazing Grace’ In Front Of The Police

In 2012, a Kentucky woman named Shayna Hubers shot her boyfriend Ryan Poston six times and claimed that it was in self-defense — though two juries would later convict her of murder. 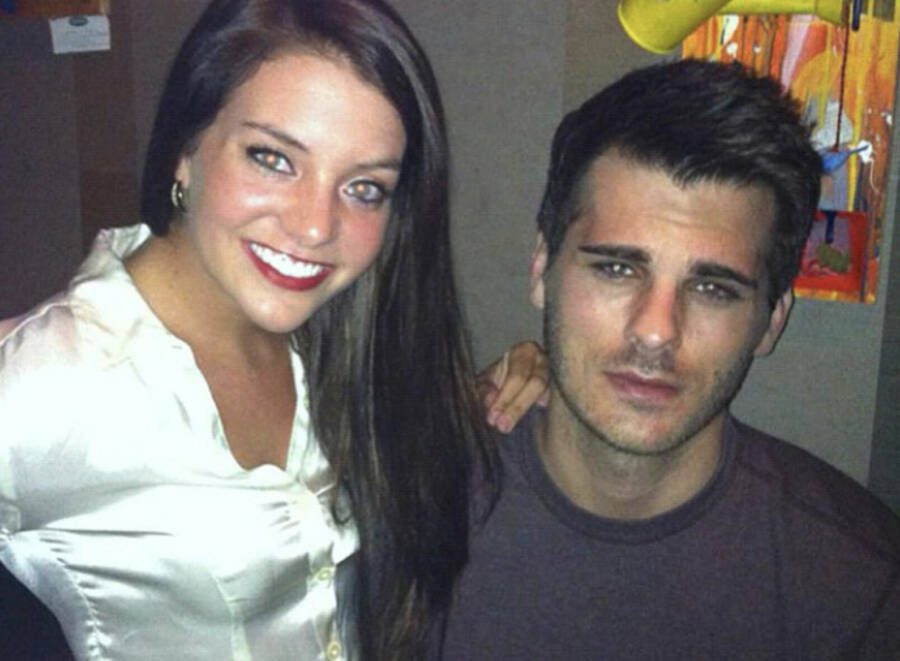 Instagram Shayna Hubers and Ryan Poston in an undated photo, before she took his life during an argument in 2012.

Shayna Hubers’ life changed forever in March 2011. Then, she received a friend request on Facebook from a handsome stranger who liked a bikini picture she’d posted. The stranger, Ryan Poston, became Hubers’ boyfriend. And 18 months after they met, she became his killer.

As Poston’s friends described it, Hubers swiftly became obsessed with Poston. Though he allegedly lost interest early on, Hubers texted him dozens of times a day, showed up at his condo, and asked people if she was prettier than his ex-girlfriend.

Others saw their relationship differently. Some portrayed Poston as an abusive and controlling boyfriend, who often made cruel comments about Hubers’ weight and her appearance.

But everyone agrees on the basic facts of what happened on Oct. 12, 2012. Then, Shayna Hubers shot Ryan Poston six times in his Kentucky apartment.

So what exactly led to that deadly night? And how did Hubers incriminate herself after her arrest? 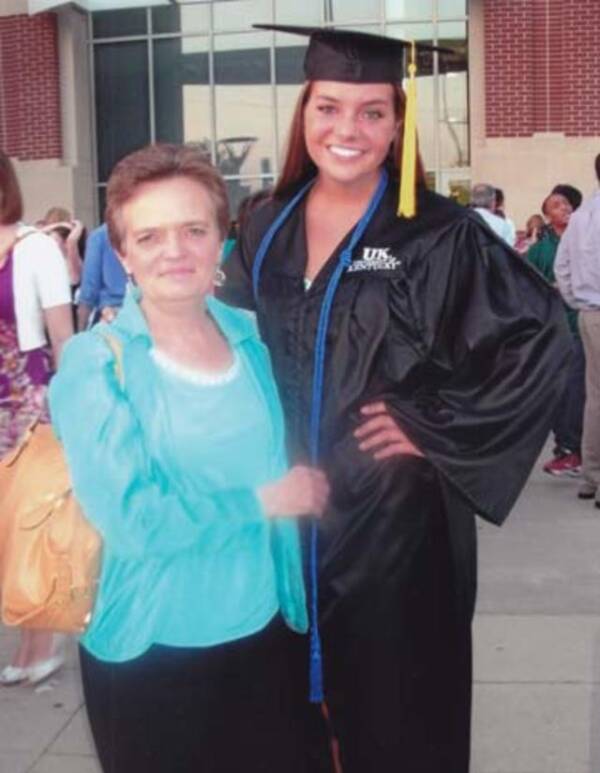 Sharon HubersShayna Hubers with her mother, Sharon, at her college graduation.

Born on April 8, 1991, in Lexington, Kentucky, Shayna Michelle Hubers spent the first 19 years of her life obsessed with school, not her boyfriend. Friends of hers described Hubers as a near “genius” to 48 Hours, noting that she was always taking AP classes and getting As.

According to E! Online, he sent her a friend request in March 2011 after seeing a picture she’d posted of herself in a bikini. Hubers accepted the request, and wrote back: “How do I know you? You’re gorgeous by the way.”

Before long, the Facebook messages between Hubers, then a 19-year-old University of Kentucky student, and Poston, a 28-year-old lawyer, transformed into in-person meetings. The two started dating but, according to Poston’s friends, something was off from the beginning.

They later explained that Poston had just broken up with a long-term girlfriend, Lauren Worley. And though he initially enjoyed dating Hubers casually, he soon began to lose interest in pursuing the relationship. Poston tried and failed to cut things off.

“He just wasn’t able to. He was too nice, didn’t want to hurt her feelings,” Tom Awadalla, one of Poston’s friends, said. Another friend seconded that opinion, telling 20/20: “He did feel duty-bound to let her down easy.”

Instead, their relationship became increasingly toxic. As Poston tried to pull away, Shayna Hubers tried to tighten her hold on him. 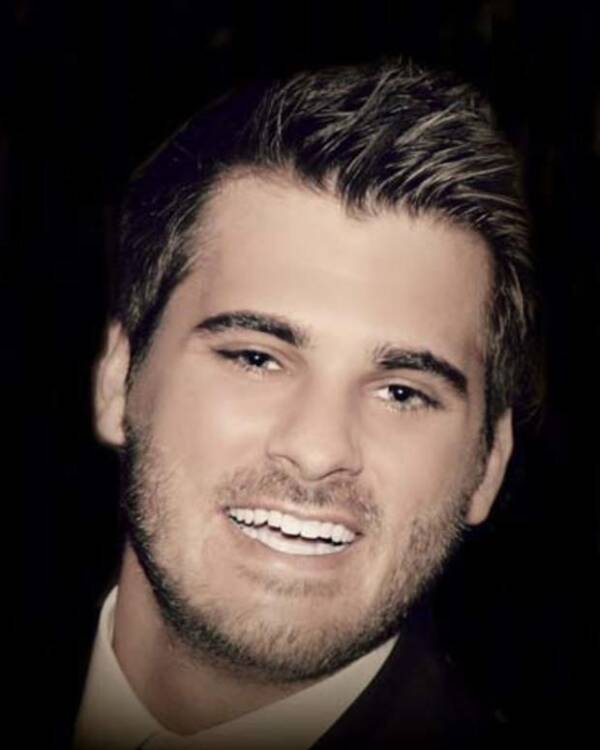 Jay PostonRyan Poston was just 29 when Shayna Huber murdered him.

During their 18 months together, many of Ryan Poston’s friends looked on in concern as his relationship with Shayna Hubers hit bump after bump. She seemed overly infatuated with him, they remembered, and the couple kept splitting up and getting back together.

“[S]he was just obsessed with him,” one of Poston’s friends told 48 Hours. “I think she had a goal, in the beginning, to make him settle down with her.”

Indeed, when investigators looked into Poston and Hubers’s text history, they found that for every message Poston sent, Hubers sent dozens in response. Sometimes, they found, Hubers would send “50 to 100” messages a day.

“This is getting to be restraining-order-level crazy,” Poston told his cousin, as reported by E! Online. “She’s shown up at my condo like 3 times and refuses to leave each time.”

And to a Facebook friend, Poston wrote: “[Shayna is] literally probably the craziest f–king person I have ever met. She almost scares me.”

Others saw the relationship a little differently. Nikki Carnes, one of Poston’s neighbors, told 48 Hours that Poston frequently made cruel comments about Hubers’ appearance. She thought that Poston was playing “mind games” with his younger girlfriend.

Meanwhile, Hubers’s feelings toward Poston had started to turn negative. “My love has turned to hate,” she messaged a friend, claiming that Poston only stayed with her because he felt bad. And when she visited a gun range with Poston, Hubers admitted that she’d thought about shooting him.

But tensions between Shayna Hubers and Ryan Poston went to another level on Oct. 12, 2012. Then, Poston had arranged to go on a date with Miss Ohio, Audrey Bolte. As he prepared to leave his apartment, however, Hubers showed up. They fought — and Hubers shot Poston six times.

Inside Shayna Hubers’ Confession And Trial 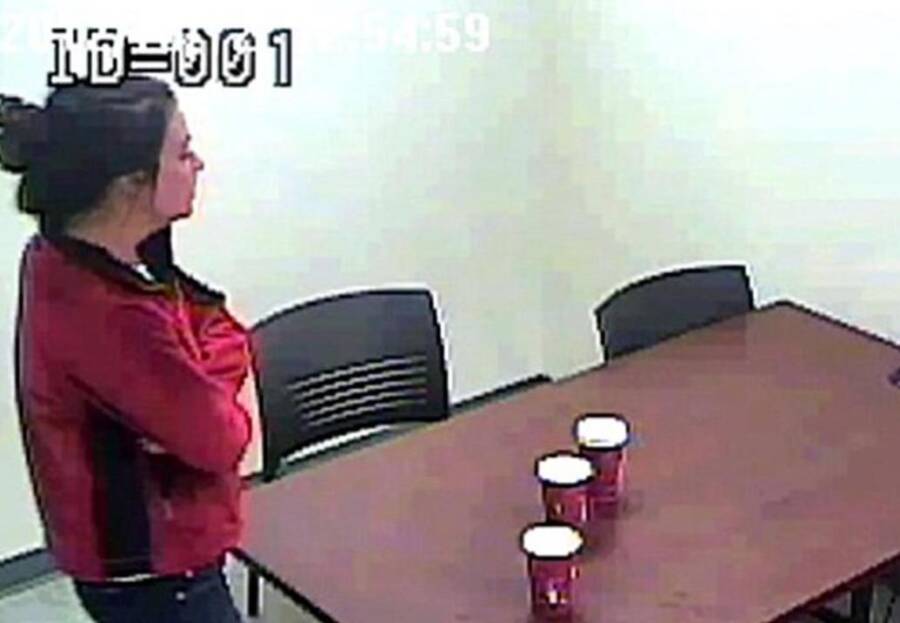 YouTubeShayna Hubers’s bizarre behavior during her confession helped build a case against her.

From the beginning, investigators found Shayna Hubers’ behavior to be bizarre. For starters, she’d waited 10-15 minutes to call 911 after shooting Ryan Poston, which she claimed she’d done in self-defense. And once the police brought her to the station, she didn’t stop talking.

Though Hubers asked for an attorney, and the police told her that they wouldn’t ask her questions until one arrived, she seemed unable to stay quiet.

“I was so out of it,” she murmured, according to police video obtained by 48 Hours. “I was like, ‘It’s in self-defense, but I killed him, and can you come to the scene?’… I was raised really, really Christian and murder is a sin.”

Hubers kept talking and talking… and talking. As she rambled, she told police a different story than she had told the 911 operator, claiming first that she’d wrestled the gun away from Poston, and then that she’d picked it up off the table.

“I think that’s when I shot him … in the head,” Hubers said. “I shot him probably six times, shot him in the head. He fell onto the ground … He was twitching some more. I shot him a couple of more times just to make sure he was dead ’cause I didn’t wanna watch him die.”

She added: “I knew he was gonna die or have a completely deformed face. He’s very vain… and wants to get a nose job; just that kinda person and I shot him right here… I gave him his nose job he wanted.”

Left alone in the interrogation room, Shayna Hubers also sang “Amazing Grace,” danced, wondered if anyone would marry her if they knew she’d killed a boyfriend in self-defense, and declared, “I killed him. I killed him.”

Charged with Ryan Poston’s murder, Shayna Hubers went to trial in 2015. Then, a jury quickly found her guilty and a judge sentenced her to 40 years in prison.

“What I think happened in that apartment was little more than cold-blooded murder,” the judge, Fred Stine, said. “It was probably as cold-blooded an act as I’ve been associated within the criminal justice system in the 30-plus years I’ve been in it.”

Where Is Shayna Hubers Today? 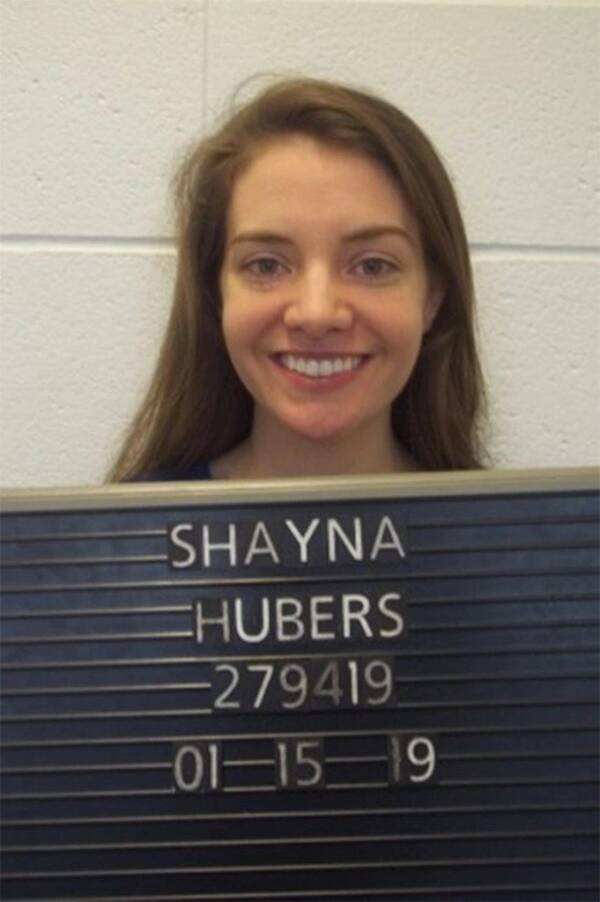 Kentucky Department of CorrectionsShayna Hubers was sentenced to life in prison, and is up for parole in 2032.

The story of Shayna Hubers didn’t quite end in 2015. The next year, she filed for a retrial after it came out that one of the original jurors had not disclosed a felony. And in 2018, she went to court again.

“I was hysterically crying,” she told the court, according to E! Online, of her fatal fight with Ryan Poston. “And I recall Ryan standing over me and grabbing the gun that was sitting on the table and pointing it at me and saying, ‘I could just kill you right now and get away with it, nobody would even know.'”

Though the prosecution painted Hubers as a cold-blooded killer, her defense accused Poston of treating Hubers like a “yo-yo” and breaking up with her only to lure her back.

In the end, however, Hubers’ second trial came to the same conclusion as her first. They found that she was guilty of the murder of Ryan Poston, and, this time, sentenced her to life in prison.

To date, Shayna Hubers is serving out her sentence at the Kentucky Correctional Institution for Women. Her time behind bars hasn’t been without excitement — according to AETV, she married a transgender woman during her retrial, and divorced her in 2019. Hubers will likely spend the rest of her life behind bars, though she is up for parole in 2032.

It all began so innocently — with a bikini picture and a flirtatious Facebook message. But Shayna Hubers and Ryan Poston’s relationship story is one of obsession, vengeance, and death.

After reading about how Shayna Hubers murdered Ryan Poston, discover the story of Stacey Castor, the “Black Widow” who murdered two of her husbands with antifreeze. Or, see how Belle Gunness killed between 14 and 40 men by luring them to her farm as potential husbands.