The Twisted Case Of Stacey Castor, The ‘Black Widow’ Whose Weapon Of Choice Was Antifreeze

After Stacey Castor killed her husband David in 2005, she tried to frame her daughter Ashley Wallace — and then murder her too. 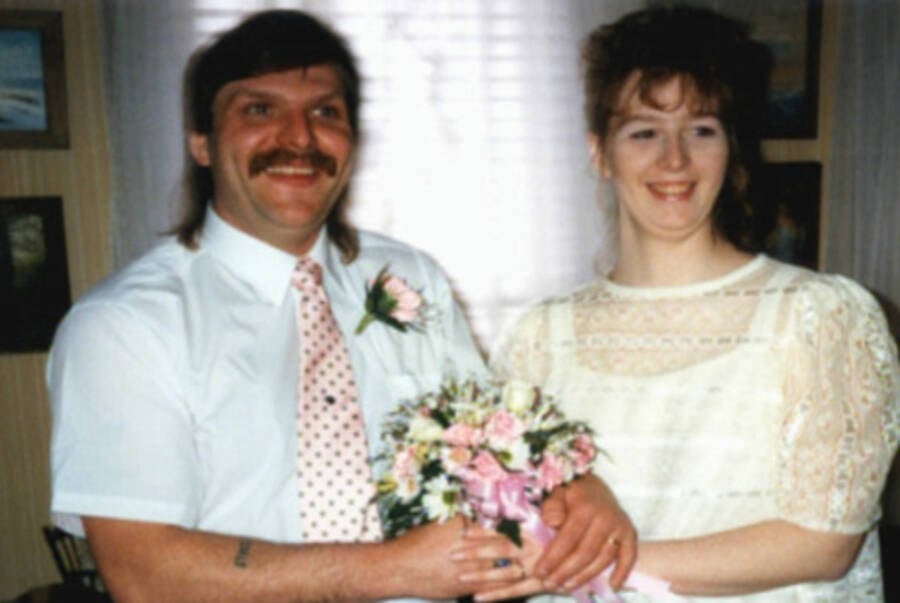 On Aug. 22, 2005, Stacey Castor called 911. Seemingly distraught, she said that her husband had locked himself in his room and that she feared he’d hurt himself. Indeed, police found Castor’s husband David dead in their bedroom — next to a glass of antifreeze.

But in the subsequent weeks, authorities began to doubt Castor’s story. They’d found a number of strange clues at the Castor home. And when investigators realized that Castor’s first husband, Michael Wallace, had also died young, they knew that both deaths needed a second look.

What they found would shock Stacey Castor’s community of Syracuse, New York — especially when Castor showed how far she was willing to go to stay out of jail.

Who Was Stacey Castor? 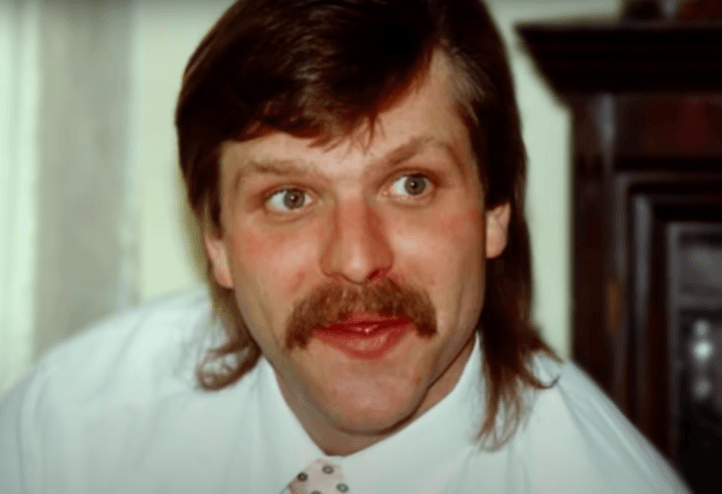 Stacey Castor was born on July 24, 1967, in Clay, New York. Little is known about her early life — her later infamy overshadowed her youth — but Castor’s mother says that her daughter once envisioned great things for herself.

“Stacey was very intelligent,” her mother, Judie Eaton, said. “She always wanted to be a paralegal or a lawyer.”

But, although Castor had started taking relevant classes in high school, she abandoned her dreams when she met Michael Wallace at the age of 17. In Castor’s telling, it was love at first sight.

“Michael’s the love of my life,” Castor said, years after his death. “I knew five minutes after I met him that I was gonna marry him.” And on April 7, 1990, Castor’s prediction came true — she married Michael Wallace.

To outsiders, it looked like they had a strong marriage. Eaton recalled that her daughter was “as happy as she had ever been,” following her marriage. Castor and Wallace had two daughters, Ashley and Bree, and Castor seemed well-suited for motherhood.

“I knew from [the minute Ashley was born], my whole reason for being here was to take care of her,” Castor said.

But all was not well beneath the surface. Castor later complained that Wallace drank too much. And they had no money — despite both working full-time jobs with opposite schedules.

Then, in the winter of 1999, things seemed to get even worse. Michael Wallace got sick.

Wallace told doctors that he felt drunk, but that he hadn’t had anything to drink. They were stumped — nothing seemed to help. And, on Jan. 11, 2000, Wallace died. He was 38 years old.

Following his death, doctors attributed his early demise to a heart attack. But his family wasn’t sure — they wanted an autopsy. Castor refused.

“When the doctors told me that they believed he’d died of a heart attack, I believed that,” she later said. “There was no reason for me to question that.”

Instead, Stacey Castor quietly moved on. She collected Wallace’s $55,000 life insurance policy. And, the next year, she met her second husband: David Castor. 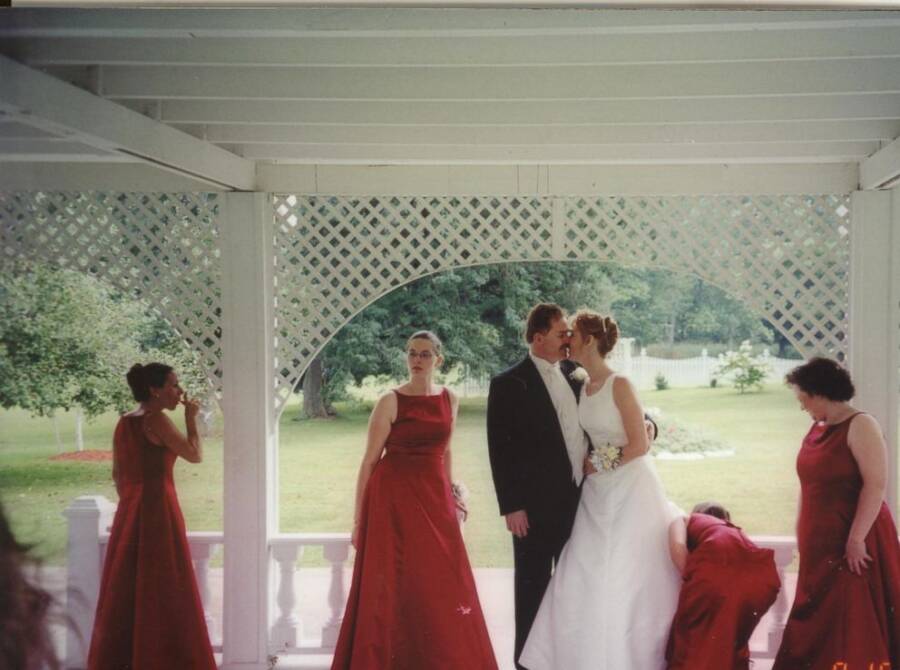 After meeting David Castor in 2001, Stacey Castor married him in 2003. At first, her second marriage seemed as strong as her first.

“David was very conscientious, very work-driven,” Castor later said. “David was support and strength and security to me.”

But on Aug. 22, 2005, terrible luck seemed to strike Stacey Castor again. She called 911 in a panic, telling the operator that her husband had locked himself in their room and wouldn’t respond to her.

“My husband just locked himself in the bedroom for the last day … I’m really scared, you know?” she said.

When the police arrived, they found David Castor naked and dead in bed. Investigators noted green liquid in a glass next to the bed, and a bottle of antifreeze nearby. 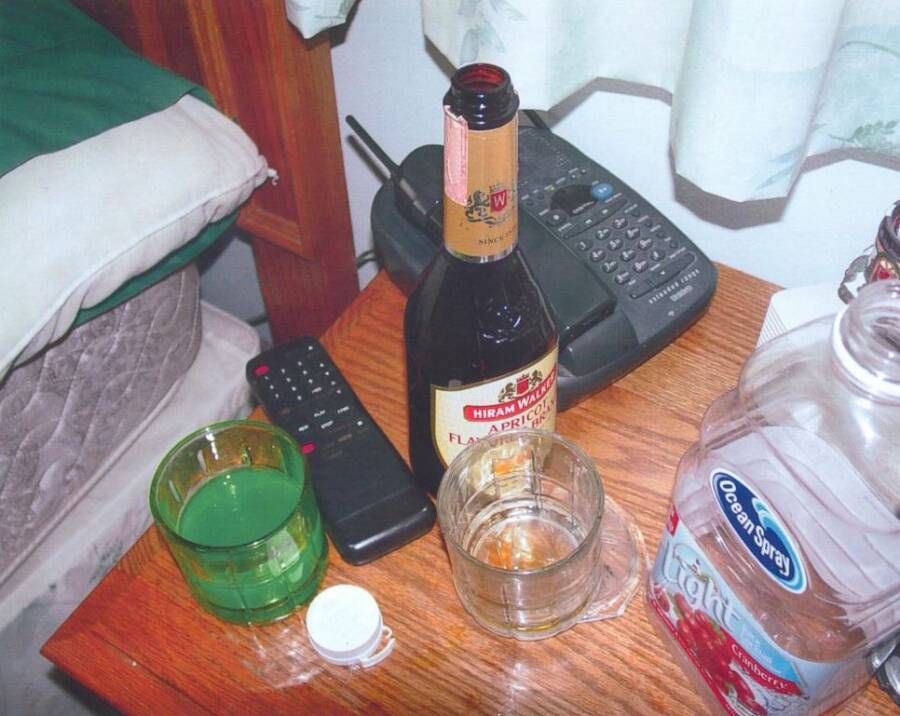 “It appears to be a simple suicide by antifreeze poisoning,” Sgt. Michael Norton of the Onondaga County Sheriff’s Office later said.

But a couple of things struck investigators as odd. Castor claimed that her husband had been depressed following the death of his father — but his ex-wife swore he would never kill himself. And David Castor had left his entire $300,000 estate to his wife — cutting out his son.

Plus, detectives had discovered an unsettling clue in the Castor home: a turkey baster in the trashcan. The turkey baster had traces of antifreeze, as well as David Castor’s DNA.

“The fingerprints [were] in such a way that it was as if someone held the glass from the bottom,” lead investigator Detective Dominick Spinelli later explained.

He knew that the placement of her fingerprints could have a logical explanation. But it could also suggest something sinister. “Stacey may have held the glass up to his mouth.”

The Investigation Into Stacey Castor 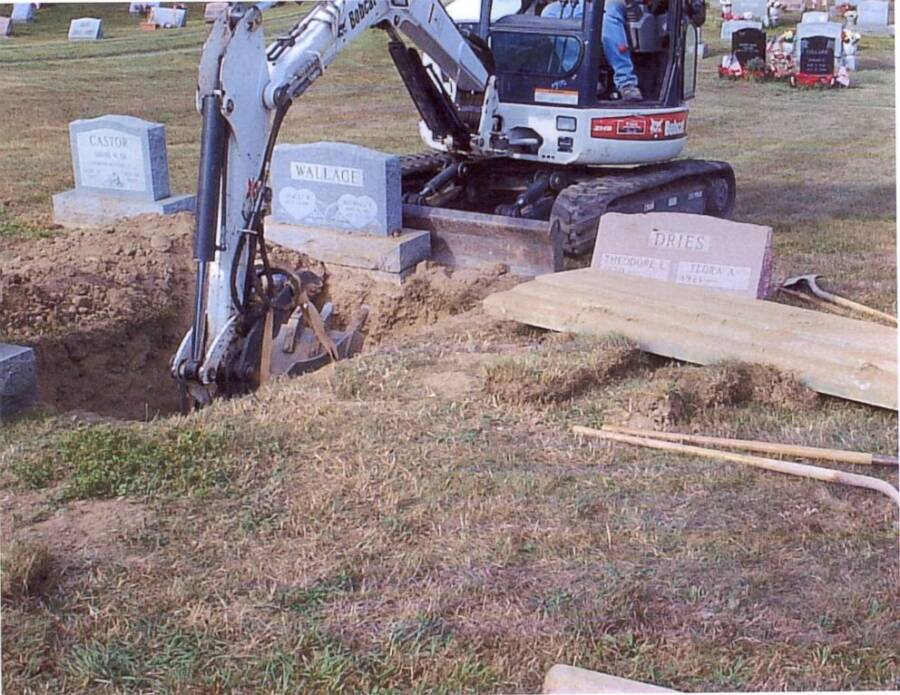 YouTubeThe exhumation of Mike Wallace, who was buried next to David Castor.

Suspicious of Stacey Castor’s story, investigators decided they needed to get a better sense of Castor herself. They decided to speak to her ex-husband, Michael Wallace. Of course, they found that he, too, had died under mysterious circumstances.

So, Spinelli decided to exhume Wallace’s body in September 2007. “The last thing I want to do is disturb someone that’s at peace, especially if nothing showed up in his system,” Spinelli recalled.

However, Spinelli’s hunch paid off. Wallace’s body showed traces of antifreeze poisoning. Suddenly, one of his strange symptoms — feeling drunk when he wasn’t — made sense.

With a good idea of what might have happened to Michael Wallace and David Castor, investigators decided to ask Stacey Castor some pointed questions.

“She seemed nervous,” Valerie Brogan, another detective on the case, recalled. “She was pacing, and she just was surprised that we were there.”

The detectives went through a number of questions with Castor. Then, Spinelli tossed out a seemingly harmless one: Of the two glasses on David Castor’s bedside table, he asked, which glass had Castor poured cranberry juice in?

“Well,” Castor responded. “When I poured the anti-free — I mean, cranberry juice.”

At that point, she stopped the interview and accused the detectives of trying to frame her.

But although investigators thought they were getting close to an arrest, Stacey Castor had one more trick up her sleeve.

The Attempted Murder Of Ashley Wallace 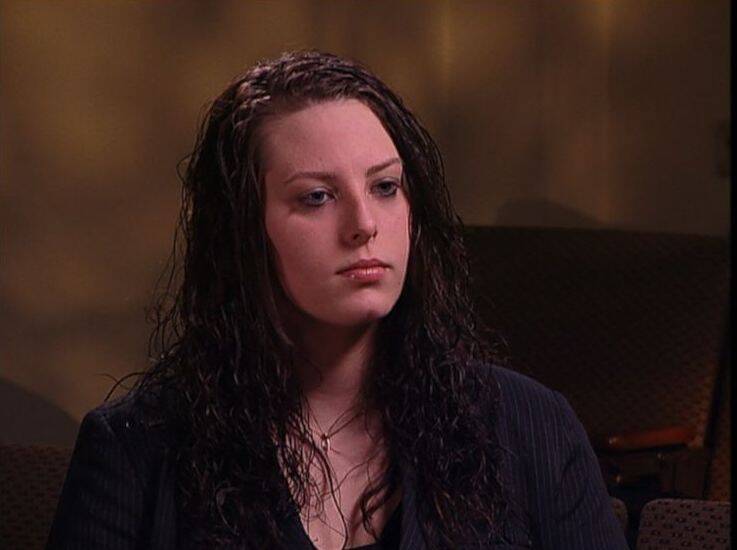 A few days after Stacey Castor’s slip-of-the-tongue, detectives informed her 20-year-old daughter, Ashley, that her father Michael had been poisoned. Ashley called her mother for comfort. As detectives listened over a wire-tap, Castor invited Ashley over for a drink because they’d “had a hard day.”

“I was like, ‘Cool!’ You know, what kind of teenager wouldn’t think that was awesome?” Ashley later recalled. “Your parents just gave you permission to drink. Sweet!”

But after her mother made her a drink, Ashley felt tired. She went to sleep. The next day, Castor suggested they do it again.

Just like the night before, the cocktail made Ashley tired. She went to her room to lie down. But this time, Ashley didn’t get up. When her sister Bree tried to wake her the next morning, Ashley was unresponsive.

The next thing Ashley knew, she was in the hospital. A grim-faced detective was sitting before her. He told her that the EMTs had found her with a typed suicide note that confessed to the murders of Michael Wallace and David Castor.

“I’m like, ‘What are they talking about?'” Ashley Wallace remembered in 2009. “‘I didn’t do any of these things that you’re saying that I did.'”

The note, which rambled on for 750 words without punctuation, included lines like: “none was ever supposed to know but now they do and thay think you did it but you didn’t it was me.”

But to detectives, one thing in the note stood out in particular: the spelling of antifreeze. The writer had spelled it “antifree” — the same way that Stacey Castor had pronounced the word during her interrogation.

The Trial And Conviction Of ‘Black Widow’ Stacey Castor 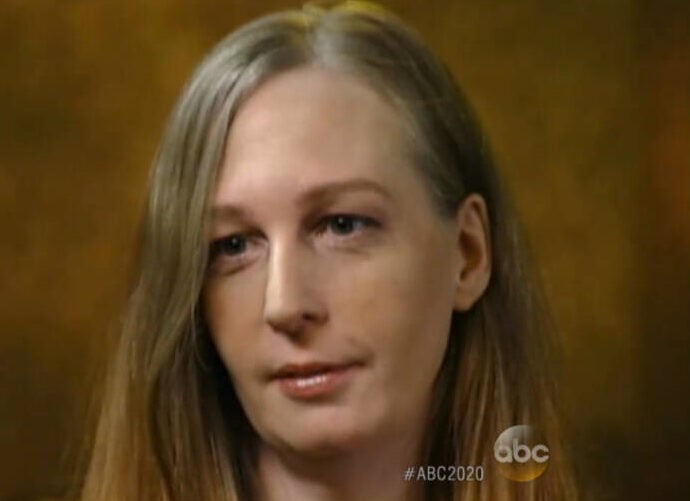 YouTubeStacey Castor maintained her innocence until her death in 2016.

That same day, police arrested Stacey Castor. In February 2009, a jury convicted her of second-degree murder of David Castor, attempted murder of her daughter, and forging David Castor’s will.

Prosecutors had plenty of evidence. They had Castor’s fingerprints on the glass of antifreeze in David Castor’s bedroom, the turkey baster with traces of antifreeze in the trash can, and proof that she had written various drafts of Ashley’s “suicide note” on her home computer.

Not to mention — both her husbands had died of antifreeze poisoning.

But as the media clamored around the sensational trial — calling Castor the “Black Widow” — at least one person refused to believe that Stacey Castor had killed her husbands. Castor’s mother believes that Ashley Wallace is the true killer.

Stacey Castor, too, maintained her innocence. “I did not kill Michael Wallace, I did not kill David Castor, and I did not try to kill my daughter, period,” she said in 2009. “And I will never say that I did, ever.”

Stacey died without ever admitting to killing either of her husbands. In 2016, she had a heart attack in jail. Castor never saw either of her daughters ever again.

“She was my best friend, too,” Ashley Wallace said of Stacey Castor. “She was. And then she took that all away.”

“I would have done anything for her, but she decided she wanted to kill me instead.”

After reading about Stacey Castor, discover the stories of two other women accused of murdering their husbands. Belle Gunness killed two of her husbands, as well as dozens of suitors. And Nannie Doss, the “Giggling Granny,” spent decades murdering husbands and relatives.