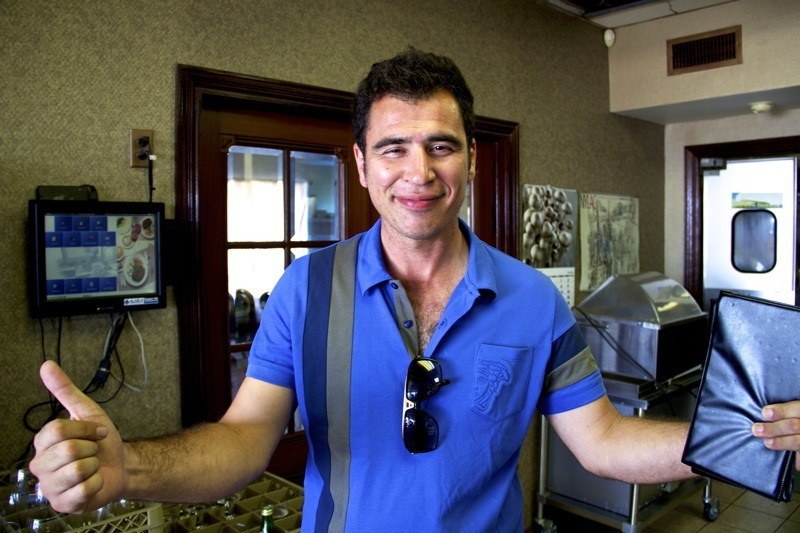 A neon hammer and sickle sign flickers in angry, vindictive red as soon as I exit the Brighton Beach subway stop in Brooklyn, New York. Except it’s not there to promote communism; it’s a flashy attempt to sell mid-grade booze.

At first this strikes me as a bit odd, but then what is communism if not–like capitalism–one of the most enduring, elaborate and nastiest marketing campaigns this world has ever seen? Besides, I figure, it’s probably best not to try to make too much sense of everything I see today. After all, I am in Little Russia. 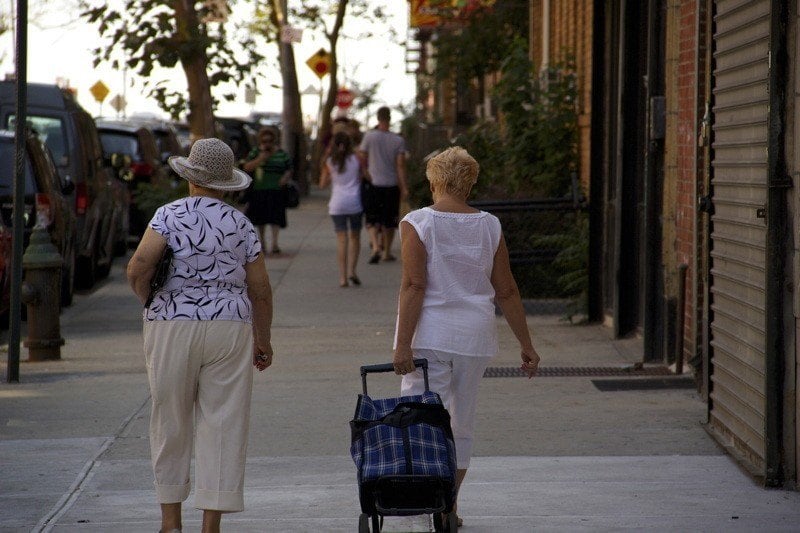 Brighton Beach is Coney Island’s eccentric, slightly bedraggled aunt who thinks it’s funny to spike your 14-year-old cousin’s drink at the dinner table but then looks at you spitefully when you ask why he’s passed out at the table. Wizened 70-somethings sport gilded “Odessa” sailors’ hats while eating smoked herring at the boardwalk bar; babushkas in floral muumuus dot the well-worn street corners with a grimace chillier than the Cold War; battered and bruised men crowd around chess boards and toss half-empty beer cans to the ground not necessarily to dispose of them but perhaps to say—and loudly—“I am here”. 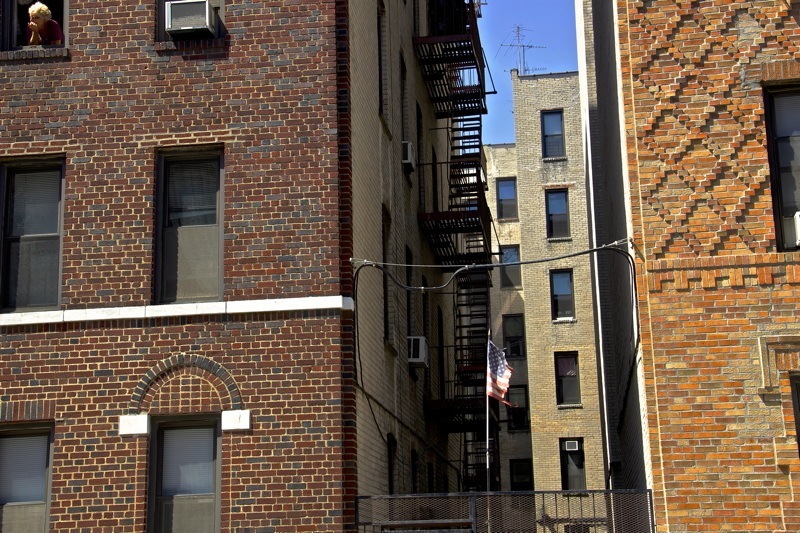 Anatoly, one of the chattier chess players, says that there is a bit of tension between the black community and the Russians living in Brighton Beach right now. In what he seems to be using as his defense, he says that Russians aren’t exactly white. They’re not exactly Asian, either. Russians, he grins, live by emotion. And as he says this, I notice the deep, smile-shaped gash above his right brow and a few dark holes replacing what would normally be teeth. You’re right, Anatoly; I couldn’t agree more. 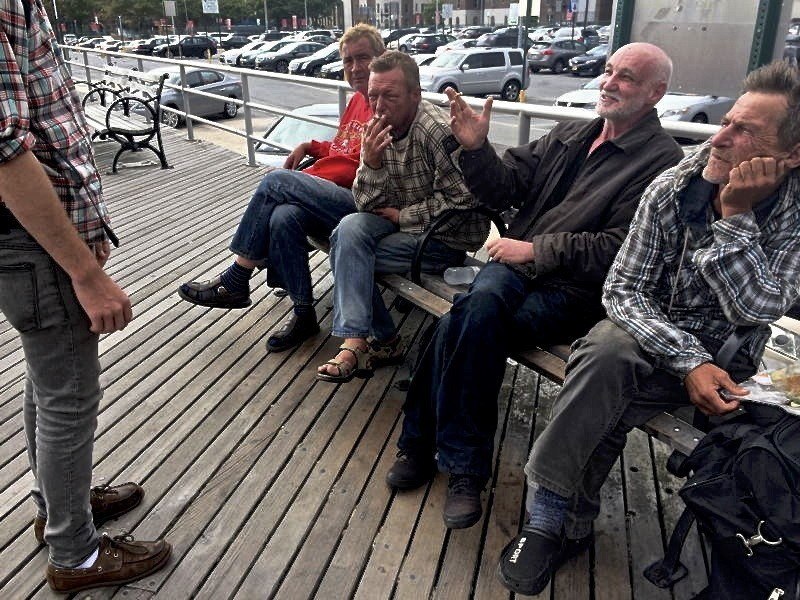 As with Anatoly’s musings on Russians, this expat haven represents a place that is not really here, and not really there. A tired-looking Jesus holds the holy scripture written in Cyrillic. Next to him are yellowed advertisements for Tommy Hilfiger sarongs and prepaid SIM cards. Ukrainians stow their beach towels in tattered American flag picnic bags. Edouard, a Ukrainian who moved to Brighton Beach in 1978, doesn’t like borscht. He prefers Campbell’s. Chicken noodle. His wife of 55 years, Alla, shakes her head as he says that and looks away. Edouard affectionately calls her “Picture” because he thinks she’s as pretty as one. 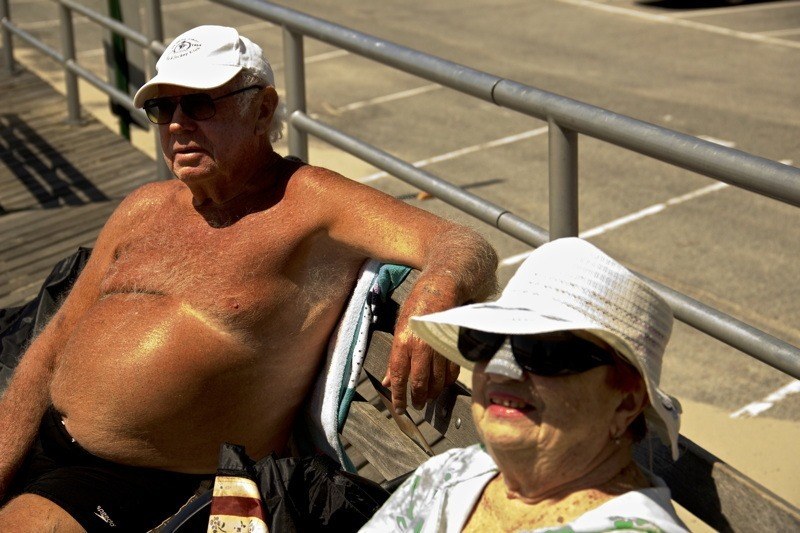 It likewise stands to reason, then, that the politics of Brighton Beach residents would be as much—if not more—of a mixed bag. As Alla directs me to the Russian restaurant with the best borscht in town, we chat a bit about what’s going on in Ukraine. Alla’s fiery red hair blows in the wind as she says very matter-of-factly that Stalin did everything right. But Putin, Vladimir Putin, he is a fascist. 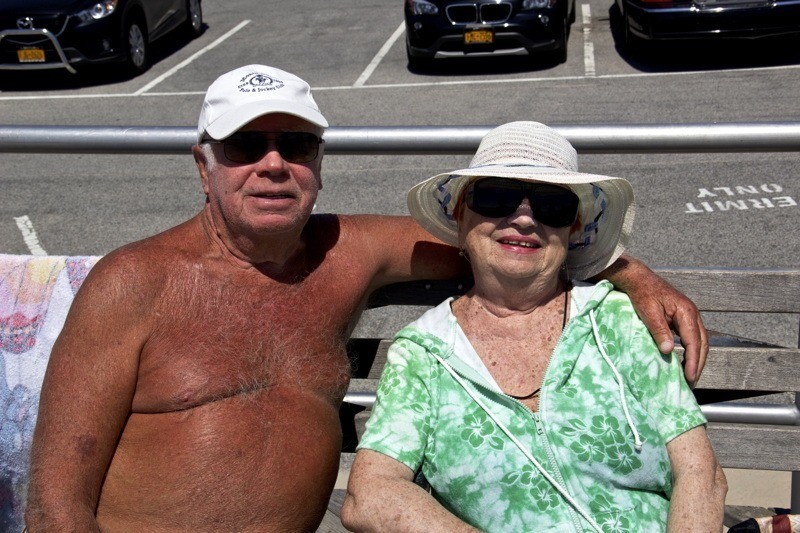 I figure it’s best not to pry too much further, so instead we discuss Brighton Beach some more. I ask why they came here in the ’70s, a time when Ukrainian dissidents throughout the country were imprisoned for their open criticisms of the USSR and its treatment—and borderline erasure—of Ukraine. Edouard points to the high-rise condominiums behind him, and then gestures toward the beach to his left. He talks about how much he loves the US social security program. This, he says, is what real living is. As we part ways, they blow a kiss and wish my friends and me the best of luck in the future. Luck, they say, is the most important thing you could ever have in life.

A string of restaurants marks the interior edge of the Brighton Beach boardwalk, all offering authentic Russian cuisine. I head to Café Volna as per Alla’s suggestion, and as I look at the menu am immediately amazed at how many things can be pickled. Watermelon, really? What happens to the rinds? 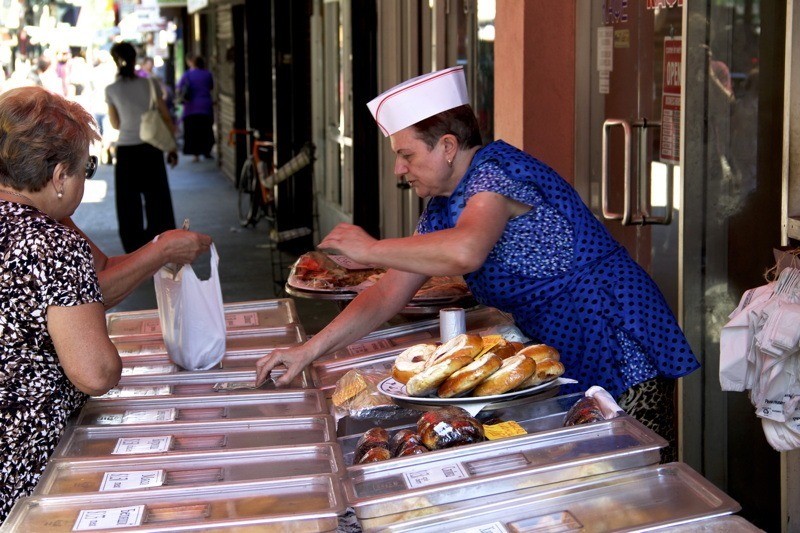 The waiter arrives and I ask him which kind of borscht he would recommend, since I can’t decide: hot or cold, green or red? Not to worry, he says. We only have red today. So hot or cold? Well, we only have hot today, too. I smile and say that I will have the red borscht served hot, then. With a touch of sarcasm, he says “nice choice”. And in a ten second exchange at a Brighton Beach restaurant, the ideological underpinnings of the former Soviet Union have been explained.

After lunch, I head to the beach and run into two young men. One is from Belarus, the other from Moscow. At first, they’re hesitant to speak about the conflict in Ukraine, but after a little nudging in Russian, they indulge. 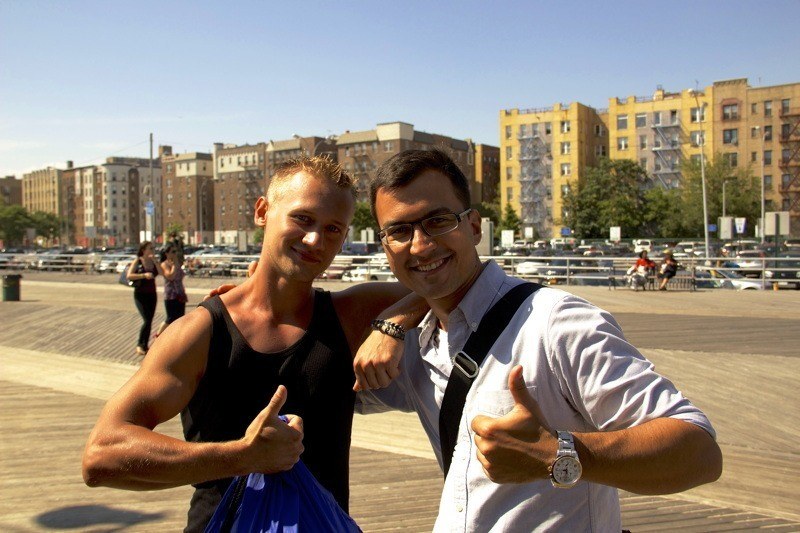 One of my friends asks Zhenya, the man from Belarus, his thoughts on the dictatorship of Alexander Lukashenko and how it might compare to what we’re seeing today in Ukraine. Thanks to Lukashenko, he replies, there is now order in Belarus and life there is better. You actually get paid for the work that you do. After a few more shrugs and gripes about Americans’ poor knowledge of geography, they mention that they have to go—but not before linking arms and making a sardonic thumbs-up sign for the camera.

The sun is starting to sink behind the clouds, and the Ivan the Terrible-sized bottle of Baltika beer has found its way into my limbs, which now feel heavy. As I begin the trek back to the train, I run into a woman who speaks Russian with a Ukrainian accent. After a few minutes of probing, she declares that there is nothing that Ukrainians have not endured, and that at the end of the day, love—not fascism, of which Putin’s propaganda machine accuses many pro-Ukraine activists—will see us through it all. 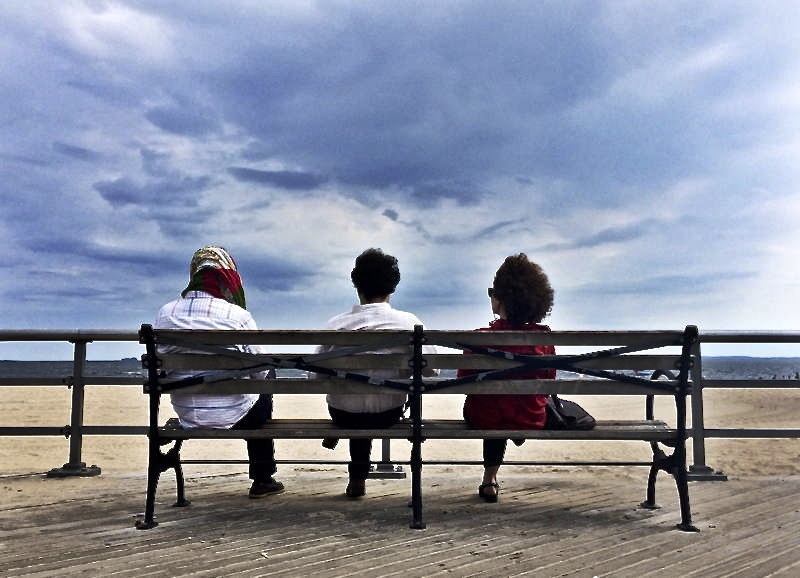 Friends congregate at the benches of the Brighton Beach Boardwalk

I reach Brighton Beach Avenue, the old neighborhood’s main drag, considering her proposition. Is she right? Or does a country’s success all boil down to luck, as Alla says? Or, according to Zhenya, the promise (or threat) of “strong leadership”? I leave Brighton Beach—a place which is not really here, not really there—a bit sandier and more confused than when I arrived. The neon hammer and sickle sign buzzes on. 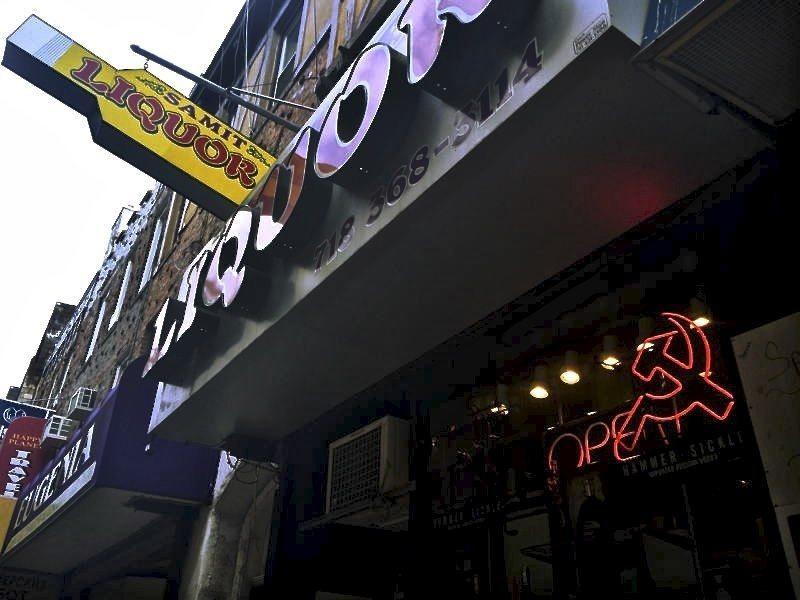