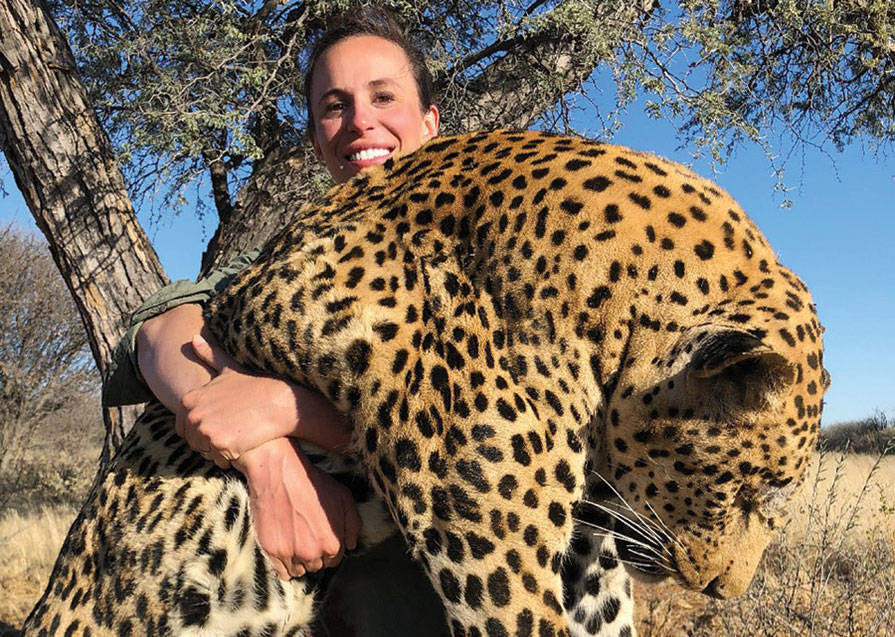 A picture of a woman posing with a leopard that she apparently killed has made the rounds on the internet and ignited mass outrage from animal lovers and wildlife conservationists alike.

The image was originally posted by the hunter’s enthusiast group known as Safari Club International (SCI). The photo was posted on Sept. 7 to the site’s blog as a part of a collection titled, “SCI Members Share Their Hunter Pride.” The images are a part of the “SCI Record Book” — an international hunting record-keeping database for members of the group.

“SCI Members hunt all over the globe and are proud to share their successes. By entering their successful hunts in the SCI Record Book, they are not only documenting their hunting legacy for future generations, they are also adding to one of the largest and most comprehensive wildlife databases in the world.”

There are no captions that accompany the images, including that of the dead leopard, to identify those individuals in the photograph. The context for the killing, therefore, was also excluded.

However, a screenshot of a post on affiliate site Hunterforever.org, reveals the woman’s identity and the context of the image. It is suggested that she did indeed kill the pictured leopard.

“Brittany L. is featured here with her African leopard that potentially ranks number 9 overall and scores 18 4/16.” 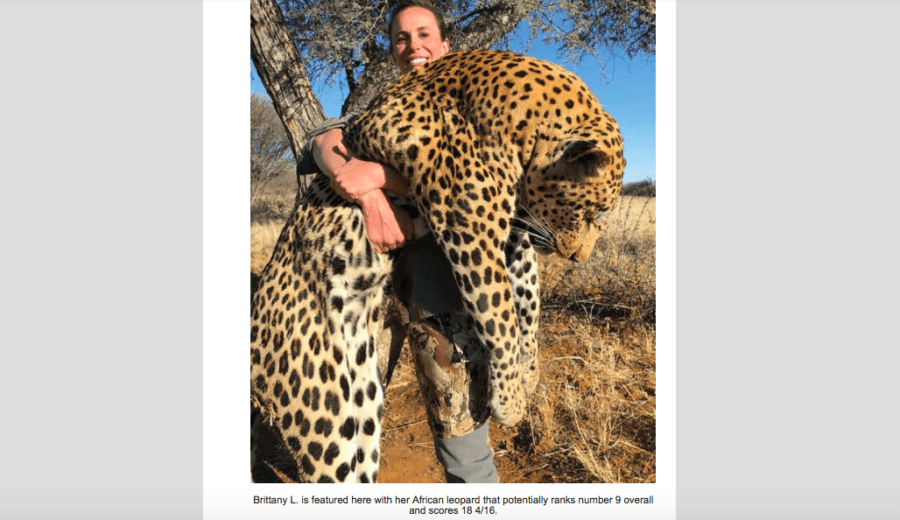 SnopesA screenshot of the post from HuntForever.org with the photo of Brittany L. and the leopard she hunted and killed.

Sue Dickinson, a wildlife artist, reposted the image to her Facebook Page on Sept. 10. In her post, along with the same image, Dickinson writes:

“This is Brittany L. She just killed this male leopard in his prime. According to SCI (Safari Club International), this leopard ranks as potentially the 9th largest leopard ever hunted. She’s a cretin. Please share if you agree. Let’s name and shame her.”

The post has been shared on Facebook nearly 250,000 times since and has even caught the attention of a number of notable celebrities.

The photo was shared on Instagram by David Bonnouvrier, co-founder of the non-profit organization Knot On My Planet, where he urged users to call SCI and express their outrage. The image has been reposted by high-profile supermodels Naomi Campbell and Doutzen Kroes, who combined share nearly 500,000 likes for the controversial photo.

Kroes added her own caption to the image, in which she writes:

“How can you find pride and pleasure in killing a beautiful animal like this large male Leopard. The woman in the picture should be ashamed of herself! I find this disgusting and I’m so upset, sad and angry that this still happens!!”

Big-game hunting is a widely-debated topic among wildlife enthusiasts and big-game hunters. Hunters argue that their activities actually promote conservation. For example, after Corey Knowlton bid $350,000 to hunt and kill an endangered black rhino in Namibia in 2014, the money he paid went directly to government wildlife conservation anti-poaching efforts.

Indeed, SCI also states on their website that the organization “funds and directs worldwide programs dedicated to wildlife conservation and outdoor education.” 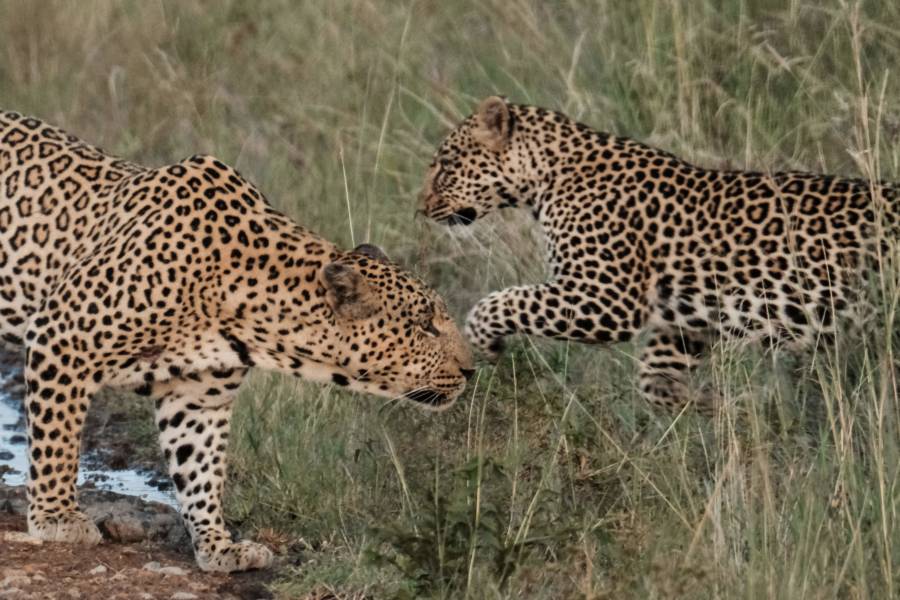 YASUYOSHI CHIBA/AFP/Getty ImagesAccording to The Humane Society, African leopards have suffered a population decline in sub-Saharan Africa of more than 30 percent in the past 25 years.

But animal rights groups argue otherwise and assert that governments which argue big-game hunting is a viable conservation strategy are completely outlandish.

Prashant Khetan, Chief Executive Officer and General Counsel to the animal advocacy organization at Born Free USA, says that because of corruption and “lack of oversight,” only a small portion of the money that’s spent on these big-game hunts actually ends up where it needs to go.