The Disturbing Truth Behind The Brothers Grimm Fairy Tales 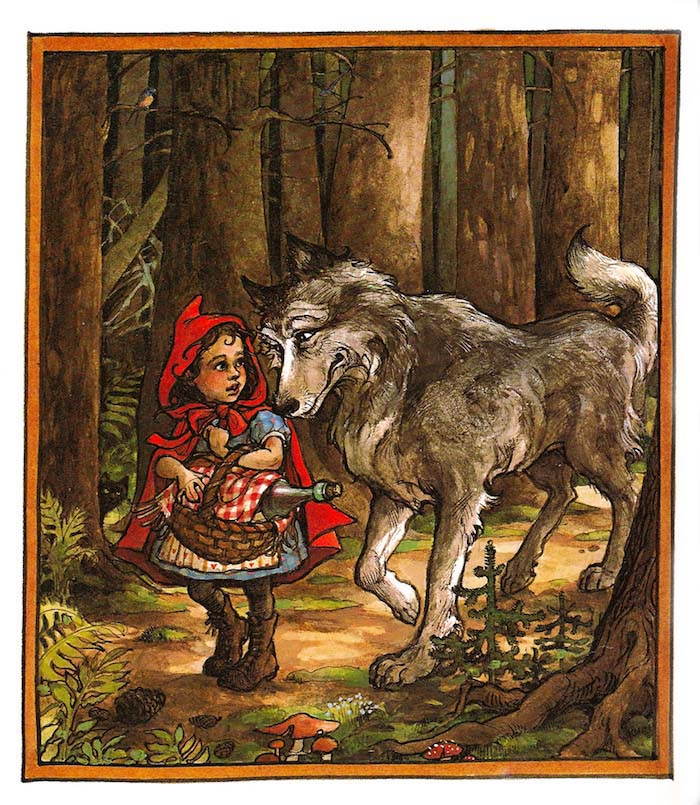 Little Red Riding Hood is one of the few folktales that Disney didn’t adapt, possibly because it’s difficult to disguise the fact that whatever the outcome, the story only makes sense if someone is eaten. In the version most recognized today, Red Riding Hood goes to visit her granny and is stalked by a wolf along the way.

When she arrives, the wolf is decked out in her granny’s clothing, having devoured her earlier. The wolf then proceeds to eat Red Riding Hood as well but is soon cut open by a brave lumberjack, thus saving Red Riding Hood’s life. That version is already rather violent, and for once the Brothers Grimm version isn’t the most macabre. 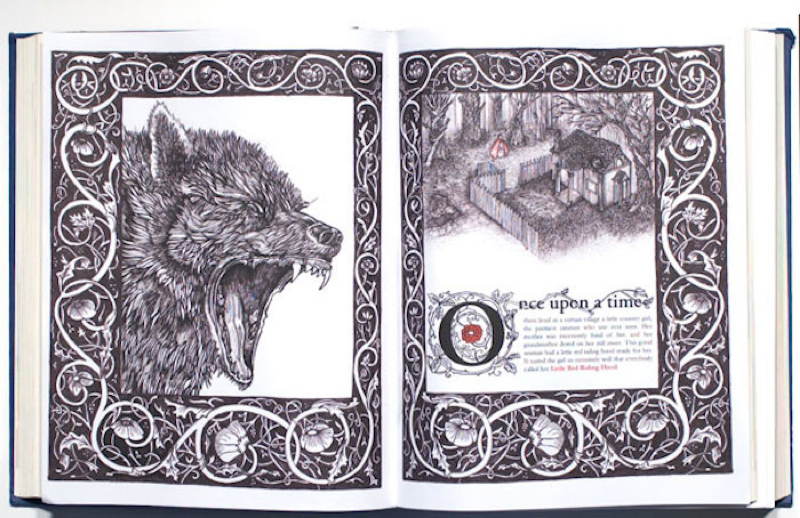 Source: My Name Is O

Charles Perrault, the 17th century author of folklore like The Little Mermaid, has the attractive young girl tricked into her granny’s bed by the wolf. She removes all of her clothing and is eaten without any courageous huntsman to save her.

In other versions, she unwittingly cannibalizes her grandmother and drinks a wine glass of her blood that the wolf has left out. By comparison, the Grimm version—where the wolf is filled with heavy stones, skinned and killed by a huntsman—appears incredibly family-friendly. 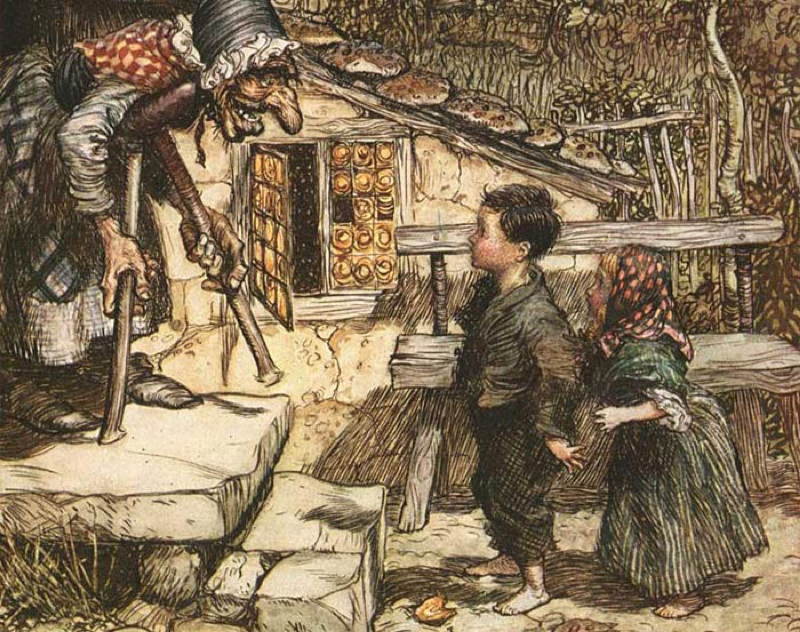 Another tale that Disney didn’t manage to get his hands on is Hansel and Gretel. In the well-known Grimm version, the hapless Hansel and Gretel are abandoned by their parents in the forest, where they stumble across the gingerbread cottage of a cannibalistic witch. This ravenous wretch attempts to eat them, but the children push her in the oven and escape.

The original French fairy tale from which the brothers took their inspiration is even more morbid. ‘The Lost Children’ is an early piece of folklore where the children aren’t lucky enough to stumble across the gingerbread house at all. 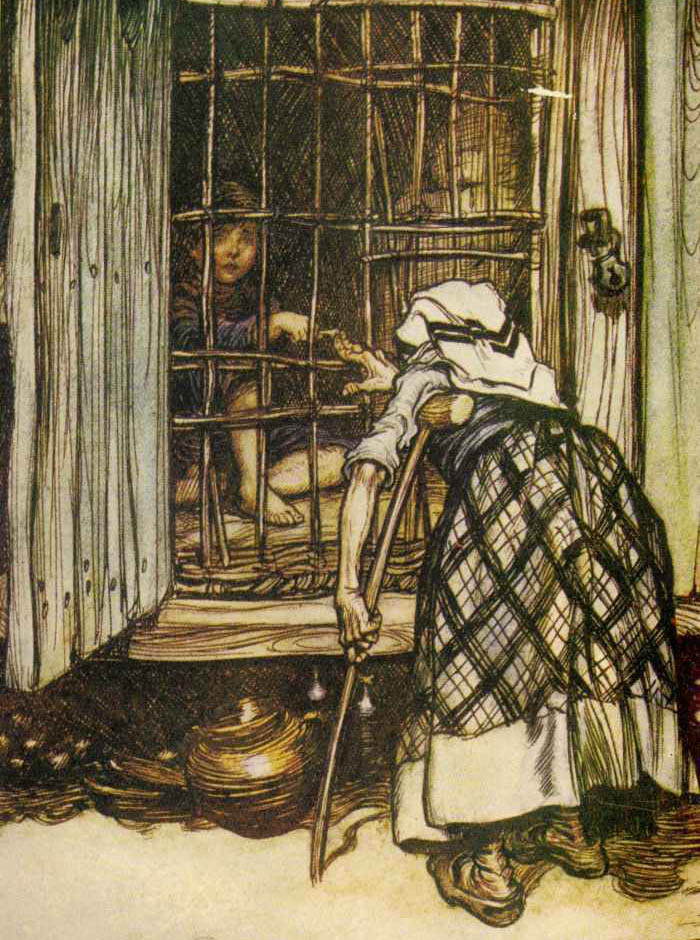 Instead, they come across a woman who tells them to hide because her husband, the Devil, will eat them otherwise. The Devil smells the Christian children and locks them in a barn, where he tries to fatten them up.

When they’re ready to be consumed, the devil reveals a sawhorse and asks the boy to get on so he can bleed him. They pretend to misunderstand, and when the devil’s wife begins to demonstrate, they tie her to the sawhorse and slit her throat before making off with all of the Devil’s gold. 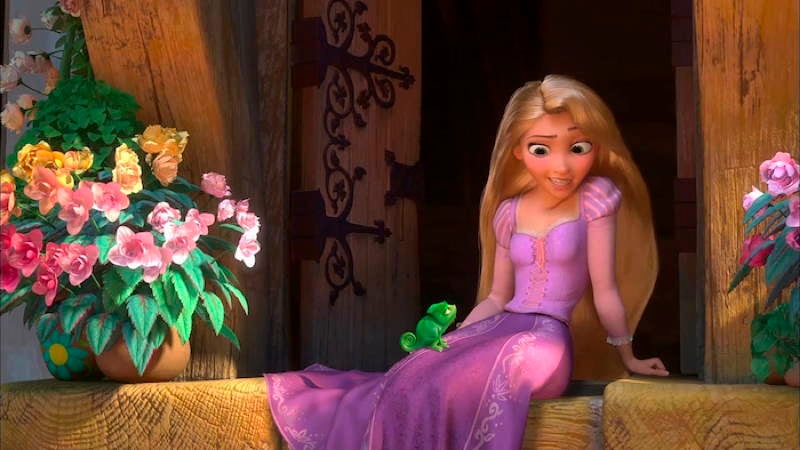 Back to the doings of Disney, Mickey Mouse execs recently re-envisioned Rapunzel as Tangled, which tells the story of a lost princess trapped in a tower by a miserable witch. Endowed with quite an impressive mane, Rapunzel lets down her hair for the prince to save her and the evil witch is defeated.

Unlike the music and chameleon-filled Disney version, in the Brothers Grimm story Rapunzel’s “loose” locks get her into quite a bit of trouble. After a certain number of royal encounters with the prince, Rapunzel carries the crown in her womb. 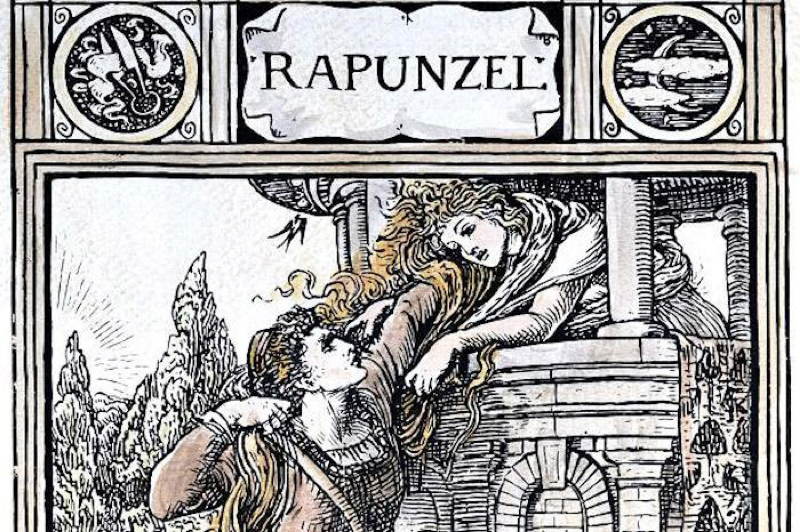 When the witch finds out about Rapunzel’s pregnancy, she angrily cuts off all of Rapunzel’s hair and casts her out into the wilderness. There, Rapunzel gives birth and lives as a beggar with her newborn child.

In the meantime, the crafty witch lures the lecherous prince up the tower with Rapunzel’s chopped locks. When he reaches the top, the witch pushes him from the window and where his eyes lock not with Rapunzel’s but thorns. However, the Grimms manage to forge a happy ending, reuniting the lovers and restoring his sight. 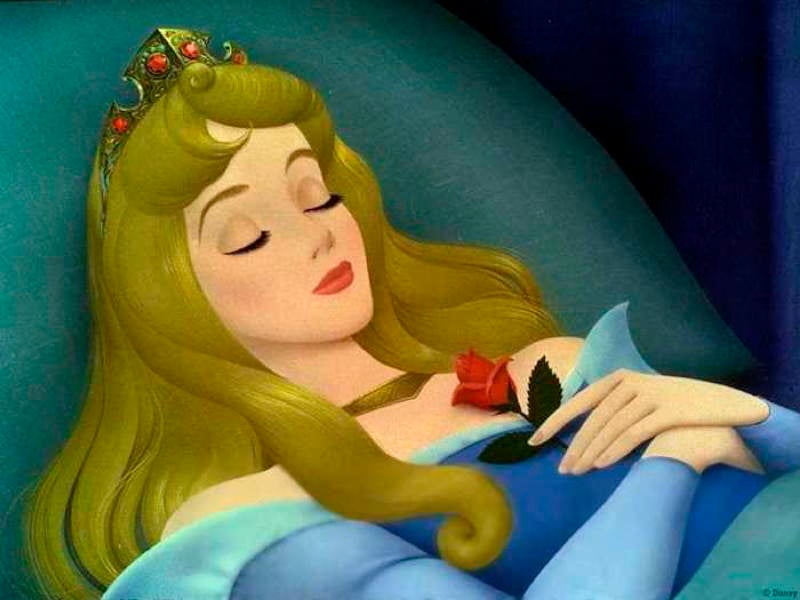 Yet another Disney classic, Sleeping Beauty is the tale of a princess who pricks her finger on a spinning wheel and sleeps for 100 years before a prince wakes her with a kiss. In Charles Perrault’s version, though, Sleeping Beauty bears the prince two children and the jealous stepmother orders a cook to prepare them for dinner.

The cook tricks her, and when the covetous stepmother realizes that she chowed down on lamb and goat instead of children, she creates a pit in the garden filled with vipers into which she might throw them. As with any French fairy tale, evil is vanquished when the stepmother is discovered and, fearful of going out by someone else’s accord, throws herself into the pit instead. 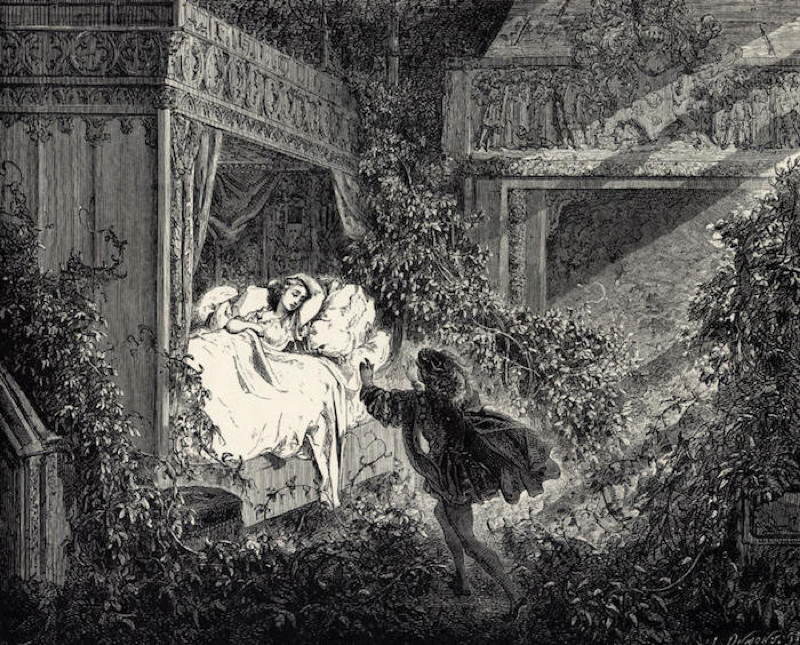 While the Brothers Grimm stay true to Perrault’s tale for the most part, Sleeping Beauty’s origin lies in something all together more morally ambiguous. In 1634, the tale of Sun, Moon and Talia tells of a woman named Talia who falls unconscious after pricking her finger on a piece of flax.

Thinking she’s dead, her father lays her to rest. While unconscious, Talia is raped by the King. When she awakens, Talia discovers that she’s given birth to two children. The King’s wife still tries to eat the babies but in the original, he burns his wife alive so he can marry Talia. How romantic.